EDITOR’S NOTE:  We hope you’ve had some time to look over the recent Previews catalog in print or online, and made a list in order to let your local comic shop know what books you want to purchase in two months.  If you’re sitting on the fence about whether to order any new titles, give some consideration to these items we’ve highlighted for you . . . . . . . These are our final picks for books releasing in January 2017.  See you next month! 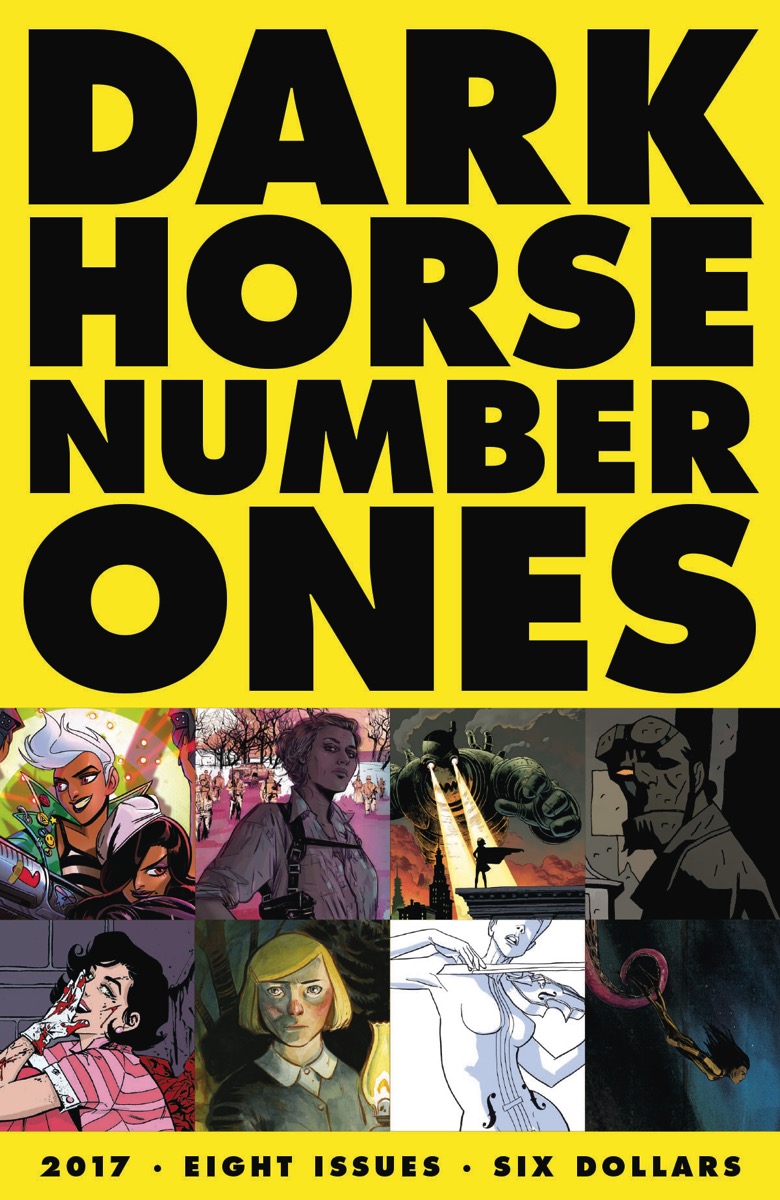 The headline in the PREVIEWS catalog says it all: “A deeply discounted collection of first issues for new or curious readers.”  This is the way to stretch your comics dollar.  Eight first issues reprinted in a trade paperback for only $6.00.  That’s a no-brainer!  If you only like 2 of 8 stories, you’ve already paid for the book.   What’s inside?  Check it out . . . . . . .

Cullen Bunn and Tyler Crook’s HARROW COUNTY #1 (our highest recommendation - look for a review of the first trade paperback on our site soon); Matt and Sharlene Kindt’s DEPT. H #1 (we are curious about this one); Gerard Way and Gabriel Ba’s THE UMBRELLA ACADEMY #1 (we’ve heard good things, but never read it until now);  Joelle Jones and Jamie S. Rich’s LADY KILLER #1 (also heard good things, will also be reading this for the first time); Kurtis Wiebe and Mindy Lee’s BOUNTY #1 (unknown to us); Mike Mignola’s HELLBOY IN HELL (a classic); Jeff Lemire and Dean Ormston’s BLACK HAMMER #1 (dark and reluctant superheroes); and Brian Wood and Mack Chater’s BRIGGS LAND #1  (new to us).

We love this concept of packaging landmark first issues in an inexpensive trade paperback.  ONI PRESS pioneered the concept last year.  We hope other publishers pick up and notice.  Good reading ahead! 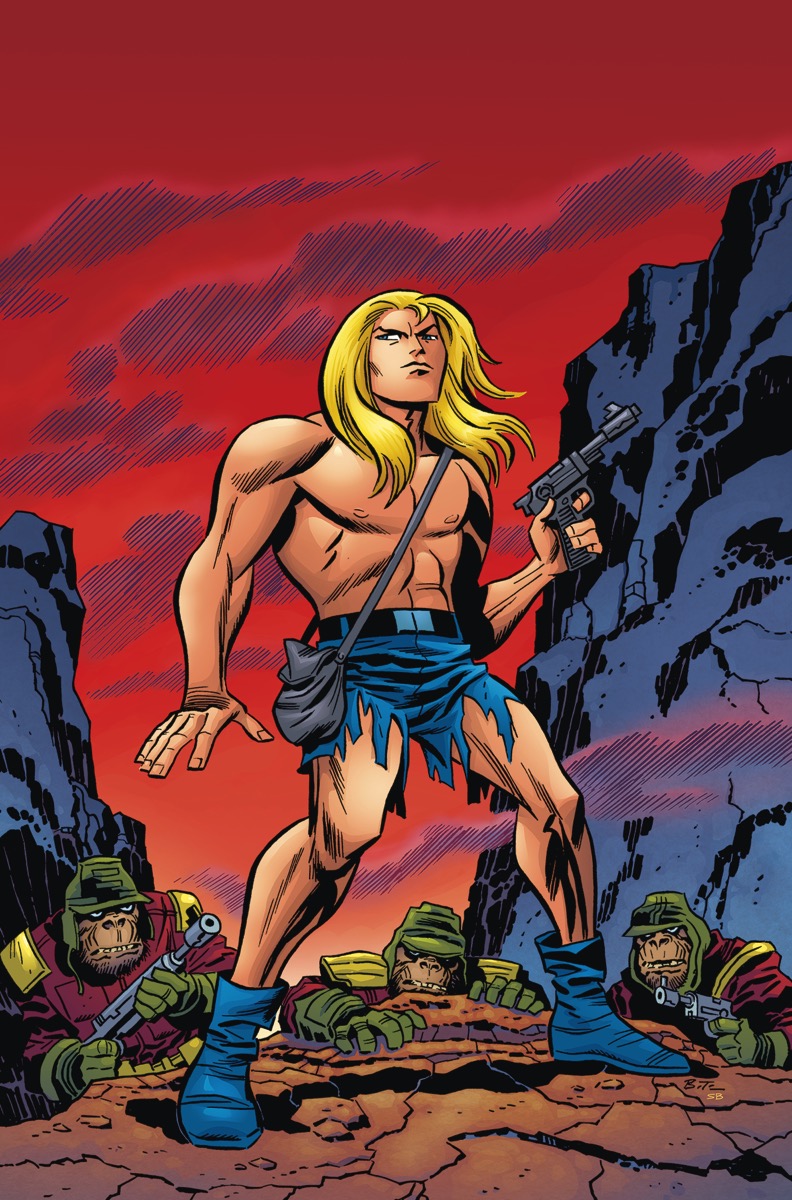 When Jack Kirby ended his long-term tenure at Marvel Comics and moved over to the DC Comics stable in the 1970’s, he was given free reign to introduce new creations to the DC line-up.  Here is where Kirby’s imagination, creativity and scripting skills were finally given a spotlight. Given a chance to combine Kirby’s iconic art and his own story together = the results were magical. Among his best works then were THE NEW GODS and KAMANDI, THE LAST BOY ON EARTH.

For those not familiar with this property, young Kamandi is trying to survive in a post-apocalyptic future following “The Great Disaster”.  Animals have evolved into the intelligent ruling class while humans have reverted to savagery.

The KAMANDI CHALLENGE will feature a different creative team each issue, building on Kirby’s foundation and taking Kamandi on a quest.  Each issue ends with a cliffhanger; and it’s left to the next creative team to resolve it! 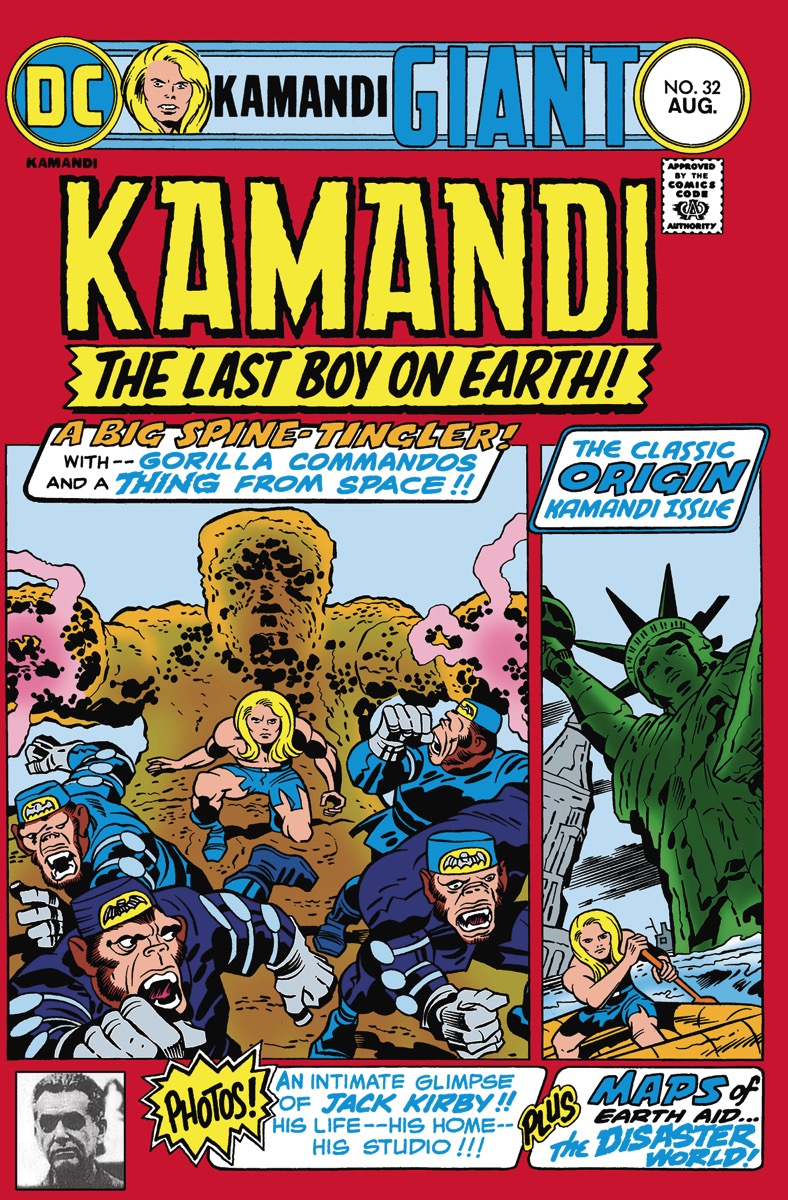 Here’s a chance for newcomers to sample some of the classic Kirby magic.  This reprints KAMANDI #32 from 1975, plus the origin story from Kamandi #1, including a map of the world of The Last Boy On Earth. 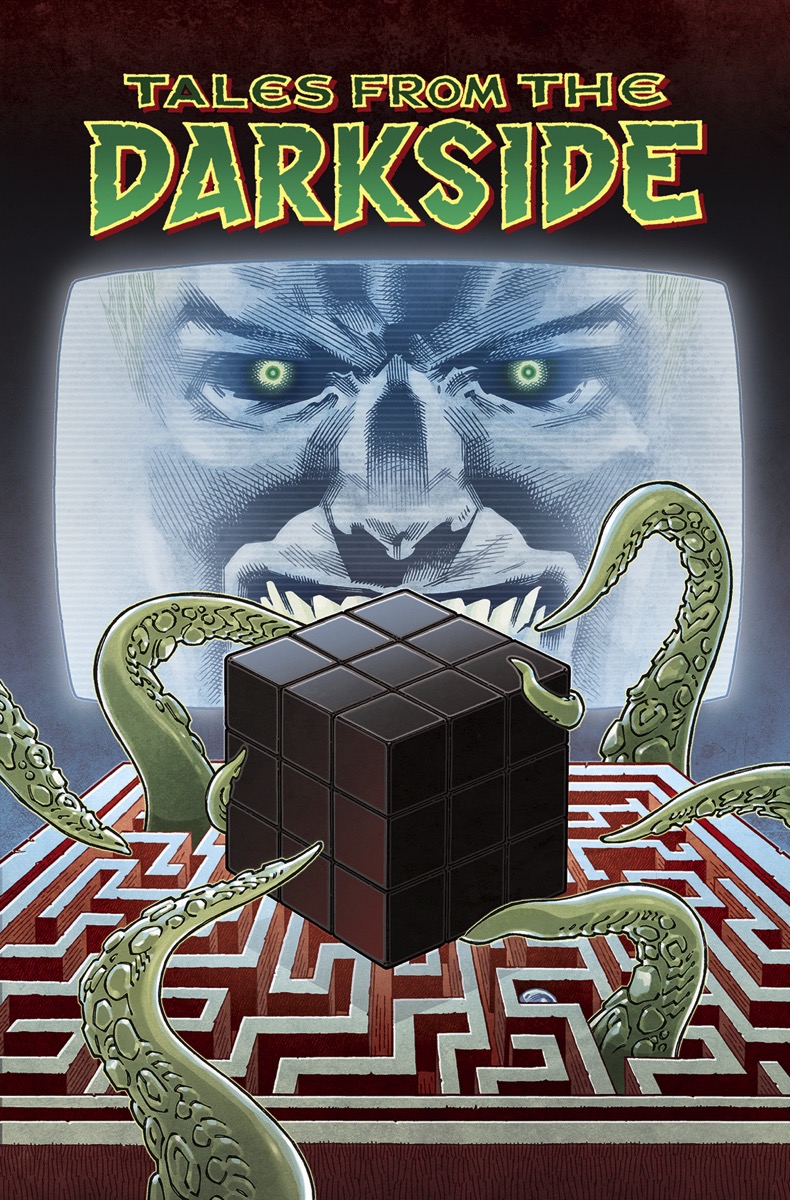 Famous horror writer Joe Hill was commissioned to re-imagine and develop new television scripts for a  re-boot of the classic Tales From The Darkside series.  That project was scrapped, consigned to development hell.  Hill has adapted four of those stories for comics, and teams up with LOCKE & KEY collaborator Gabriel Rodriguez for illustrations.

It’s too bad the series never made it to filming.  These tales are creepy and fit the mold of the original series perfectly. At least we get a chance to read and view them here. Writer Ed Brubaker has a flair for writing gritty crime stories.  You can’t go wrong with anything by this creative team.  We’ve read the first issue and  he main protagonist is an intriguing psychological study.  Here’s the summary from the PREVIEWS catalog:

“The  darkly twisted story of a young man forced to kill bad people, and how he struggles to keep his secret as it slowly begins to ruin his life and the lives of his friends and loved ones.  Both a thriller and a deconstruction of vigilantism, KILL OR BE KILLED is unlike anything this award-winning team has done before.