Showing posts from April, 2011
Show all

information from the official press release . . . Baltimore Comic-Con Welcomes Walter Simonson in Time for Thor Release BALTIMORE, MARYLAND - April 29, 2011 - Just in time for the release of Marvel Studio's motion picture Thor, which opens on May 6, 2011, the Baltimore Comic-Con is happy to announce classic Thor writer/artist Walter Simonson as a confirmed guest for this year's show. The show will take place August 20-21, 2011 at the Baltimore Convention Center in Baltimore, Maryland. Simonson is best known for his run on The Mighty Thor throughout the 1980s. His classic run was recently collected by Marvel in The Mighty Thor Omnibus by Walter Simonson , a massive tome which featured issues #337-355, #357-369, and #371-382, as well as the mini-series , Balder the Brave #1-4. Simonson will be joining a host of other creators who have worked on the God of Thunder attending this year's show, including inker Mark Morales and colorist Laura Martin. Morales was nomina
Post a Comment
Read more

They Said it Better: Action Comics #900

By Jeff Metzner - April 28, 2011
Sorry posting on my part has been light lately. I have a stack of hardcovers to write about, but I'm still catching up from being out of town for a few days. Thanks, as always, to Mike for picking up the slack. In the meantime, please enjoy this well-written review of Superman's triumphant return to Action Comics in #900. It's the culmination to Paul Cornell's Lex Luthor story and, in a way, it turns out that story was about Superman all along. I recommend the issue even to people who haven't been following the book since "New Krypton". (Though you should be, and the first hardcover is available now.) The Doomsday stuff is a bit of a distraction, but I look forward to Cornell's next move because he seems to get Superman perfectly. I have mixed feelings about the other stories in the book, which I'll let the reviewer get into below, but Geoff Johns' brief Legion story was a delight. Matthew Meylikhov reviews Action Comics #900 for Multiversi
Post a Comment
Read more

Some recent information from press releases . . . . . DARK HORSE DIGITAL LAUNCHES APRIL 27 . . . . .                      The Dark Horse Comics iOS digital app will be available for free download in the iTunes store. The app will feature the first issue of Hellboy: Seed of Destruction already pre-loaded into your collection. All users who have signed up for the Dark Horse Digital newsletter so far will also be able to download the full first issues of Criminal Macabre , Abe Sapien: The Drowning , and Joss Whedon's Fray for free! There are still two more comics yet to be unlocked and an iPad 2 up for grabs, so there is still time to visit digital.darkhorse.com to sign up for the digital newsletter.           In addition to the iPhone and iPad, Dark Horse digital comics will be able to be read on any modern web browser.  A native Android app is currently in development. In the meantime, the Dark Horse digital store launches with hundreds of their most popular titles, including
Post a Comment
Read more

The next flag captured 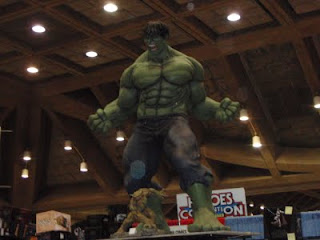 Another event of note for the BC Refugees blog site! Sometime between April 14 and 15 the number of views on our site passed the 20,000 mark. Onward and upward. Should I anticipate the 25,000 plateau within the next 30 days? Or longer? I'm not feeling confident enough to predict anything right now - - but I'll be watching.
3 comments
Read more 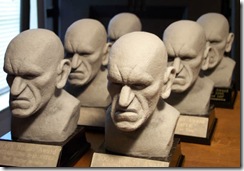 FEAR ITSELF Prologue - - The Book Of The Skull

FEAR ITSELF: BOOK OF THE SKULL #1 (Marvel One-Shot, May 2011)  Ed Brubaker, writer.  Scot Eaton, Penciler.  Mark Morales, Inker.  Sunny Gho of IFS, colorist.  Joe Caramagna, lettering & production.  Marko Djurdjevic, cover art. RAIDERS OF THE LOST ARK revived the filmic pulp tradition and brought us one of the most exciting prologues/lead-ins to a movie in recent memory. Through the cine-magic of co-directors Spielberg and Lucas we were riveted to the screen and couldn’t wait for the main story to begin. In similar fashion, magicians Brubaker and Eaton use FEAR ITSELF PROLOGUE: BOOK OF THE SKULL to whet our appetite for the mini-series to begin. The descent into the secret desert lair of the Red Skull during the opening moments of this story reminds me of RAIDERS OF THE LOST ARK as well. There are many similarities throughout this book—the desert setting in Egypt, the WWII background with the presence of Nazis (the ultimate villains), the unworldly atmosphere as an ancient
Post a Comment
Read more 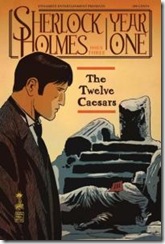 SHERLOCK HOLMES: YEAR ONE #3  (Dynamite Entertainment, 2011) “The Twelve Caesars, Part Two” - - Written by Scott Beatty.  Illustrated by Daniel Indro.  Colored by Tony Avina.  Lettered by Simon Bowland.  Covers by Francesco Fancavilla, Aaron Campbell, Daniel Indro. This work by the team of Beatty and Indro just gets better and better, especially the art.  The splash page showing a victim being strangled at the top of some steep stairs and then hurtling down those stairs towards the bottom of page 2 is delightfully depicted.  The vivid details of the art in this book are a wonder.  I can only imagine how much time Indro must have spent putting the finishing touches on these great looking pages.  Beatty continues to build an intriguing storyline as more victims are discovered in London, all with cryptic notes attached to them that are written in Latin. The side plot revolves around Watson trying to uncover more  information on the mysterious Sherlock Holmes. While having lunch wit
Post a Comment
Read more

Books I Read: What If? Dark Avengers

I'm a great fan of the "What If?" concept; I own all 7 volumes (so far) of "What If? Classic". But the end-of-year "What If?" specials from the last few years haven't impressed me much, with the exception of the Jessica Jones one where her "What If?" life was actually better than her real life at the time. The 2010 batch has just been collected, so let's see if they did a better job this year. I was excited for "What If Tony Stark Had Become Doctor Doom" because it's written by the old school team of David Micheline & Bob Layton, but I was disappointed. The change in the timeline didn't have enough basis for me, and I didn't think the story made sense internally: Why would Doom-as-Tony design an Iron Man style armor instead of a Doom style armor and vice versa? It's great to see Batman artist Graham Nolan back in the game, though. Better for me was "What If Wolverine Had Raised Daken?" by
Post a Comment
Read more

I may have talked about this series a little when it was the backup in "Action Comics", but now these stories have been collected with the unpublished chapters to tell the story of a week in Jimmy Olsen's life. These were my favorite Superman-related stories in a while, and writer Nick Spencer manages to modernize the character while retaining his goofy charm. There's a touch of romantic comedy between Jimmy and Chloe Sullivan (not Lucy Lane; "We don't talk about Lucy," says Jimmy), and Spencer invents a rival for Jimmy that helps drive the stories and show us what kind of guy Jimmy is. R.B. Silva's art is grounded enough to support the comedy, but expansive enough to cover stories that include aliens and such. CBR's Greg McElhatton gave the book a 5-star review, and I totally agree. It seems unlikely that this will get into a trade, since it's so short and there isn't really another place to put it -- can't see it going in a JMS
2 comments
Read more

By pghhead - April 04, 2011
Last year was a better than normal year for horror comics, and one new entry that excited me with it’s debut issue and the promise of even better things to come was BELA LUGOSI’S TALES FROM THE GRAVE #1 from Monsterverse Entertainment. I’m happy to learn that new issues of this title are coming in 2011.  Issue #2 is set for a July release and will be featured in the MAY PREVIEWS from Diamond.  Cover art was completed by famed make-up artist Rick Baker and it is stunning.  The L.A. TIMES previewed the art on its online page, which you can access here . . . . . . . . http://herocomplex.latimes.com/2011/04/04/rick-baker-sets-sail-with-tales-from-the-grave/ A re-listing of  Issue #1 will also be solicited in the MAY PREVIEWS.  Another new issue is planned for Halloween 2011, a special holiday editon of BELA LUGOSI'S TALES FROM THE GRAVE, as well as publication of the highly anticipated horror graphic novel, FLESH AND BLOOD, from creators Robert Tinnell and Neil Vokes.  (Neil Vokes is
Post a Comment
Read more

Marvel doesn't want people to forget there's a Thor movie coming out in a couple of months, and they've been releasing an unprecedented number of Thor collections so that moviegoers will have a choice at their local bookstore. Assuming their local bookstore is not a Borders. (Too soon?) Mighty Thor Omnibus Vol. 1: This is the grandaddy of all Thor collections, of course, featuring the original stories by Stan Lee and Jack Kirby from "Journey Into Mystery" 83-120. I admit to not rereading most of the stories in this volume -- there's a lot of other stuff in the to-read pile and I remember most of these from reprints when I was a kid -- but they look great oversized and recolored on nice paper. The issues are complete, including letters pages but not ads, even including the "Tales of Asgard" backups that were recently collected separately. There are a few Stan Lee essays, some from previous collections, scattered throughout the book and there's a
6 comments
Read more 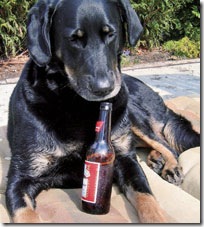 I’m not talking about the NCAA College Basketball Tourney here.  However, I did participate  in a “pick ‘em” league for pure fun and bragging rights (no monetary rewards)  and tanked after two rounds.  All my picks (high-seeded teams as well) got knocked off.  When we got to the Final Four I only had one team left (Connecticut) with little chance of picking up any more points in my fantasy league. ( I picked Ohio State and Pitt for the final game, with Pitt the victor.)  I really don’t know what I was thinking when I entered this contest and felt I had a good change to pick up the most points. I had a similar “what are you thinking?” moment when I set a personal goal for the month of March.  What made me think that I would be able to post something to this web site every single day in the month of March 2011?   Yet, that is exactly what I determined to try and do some 32+ days ago. And, with a few exceptions, that daily content has been an actual review. I’m relieved and glad it
1 comment
Read more
More posts