Some recent information from press releases . . . . .

The Dark Horse Comics iOS digital app will be available for free download in the iTunes store. The app will feature the first issue of Hellboy: Seed of Destruction already pre-loaded into your collection. All users who have signed up for the Dark Horse Digital newsletter so far will also be able to download the full first issues of Criminal Macabre, Abe Sapien: The Drowning, and Joss Whedon's Fray for free! There are still two more comics yet to be unlocked and an iPad 2 up for grabs, so there is still time to visit digital.darkhorse.com to sign up for the digital newsletter.

In addition to the iPhone and iPad, Dark Horse digital comics will be able to be read on any modern web browser.  A native Android app is currently in development. In the meantime, the Dark Horse digital store launches with hundreds of their most popular titles, including Mass Effect, Serenity, Conan, The Goon, Hellboy, BPRD, and more.

IDW Publishing today confirmed its leadership position in the digital comics world with the announcement of another major milestone - distribution of over one million apps on the Apple App StoreSM.   Demonstrating the breadth of IDW's overall digital strategy, more than three million IDW digital comics have been distributed across all platforms worldwide.

IDW Publishing was one of the first major comics publishers to step into digital distribution. IDW digital comics are presently available for more mobile devices and platforms than any other major publisher, including the Apple AppStoreSM, Sony Digital Comics for the PSP, the Nokia Ovi Store, Amazon's KindleStore, the AT&T AppCenter® and BlackBerry's AppWorldTM, with more to be announced throughout 2011. The IDW digital comics catalog includes single issues and graphic novels,all formatted for tablets, phones and game devices, with titles ranging from top licensed brands to fan-favorite creators. IDW also offers comics through several partners, including iVerse,Graphic.ly, and For-Side. 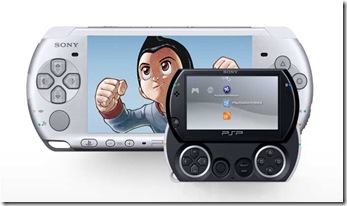