Showing posts from June, 2016
Show all

What Cuteness Lurks In The Depths Of The Cosmos?

EDITOR’S NOTE:  We see so many Kickstarter campaign press releases, and have to pass on most of them. However, knowing the large number of H P Lovecraft fans out there, we know you (we mean you) would want to know about this.  It’s a very modest Kickstarter campaign that won’t set you back huge sums of money if you decide to contribute and share in the rewards. See below for details. From the official press release . . . . . . . Gaze Upon His Cuteness and Be Driven Insane Studio Akumakaze , the comic book studio behind  Scrap ,  Seven Sisters , and  Red Hot Rebellion: The Mission , has launched a new  Kickstarter  campaign for the most adorable wittle Elder God in the cosmos.  It's no great forbidden secret that the world has gone Chibi crazy and Studio Akumakaze artist  Melanie Baka  has brought forth cuteness beyond all reason with her take on The Great Dreamer!  Simply looking upon his cuteness will surely drive you insane. Starting t
Post a Comment
Read more

from the official press release . . . . . . BALTIMORE, MARYLAND - June 29, 2016  - Come to the Baltimore Comic-Con on September 2-4, 2016 at the Baltimore Convention Center. This year, the Inner Harbor welcomes the addition of comics guests  J.M. DeMatteis ,  Ramona Fradon ,  Keith Giffen ,  Mike Manley ,  John K. Snyder III , and  Billy Tucci . You can buy  tickets  to both the Baltimore Comic-Con and Harvey Awards now. Award-winning writer  J.M. DeMatteis  began his career in the late-'70s working on DC Comics' horror line of books. In 1980, he moved over to Marvel, where he worked on  The Defenders  and  Captain America . Over the next 30 years, DeMatteis would write nearly every major character in both the DC and Marvel Universes, including Superman, Batman, Wonder Woman, Spider-Man, Silver Surfer, Daredevil and Doctor Strange. In 2010, he teamed up with long-time collaborator,  Keith Giffen  on DC's  Booster Gold series, and is currently working w
Post a Comment
Read more

From the official press release . . . Horror Comic From IDW Publishing and Steve Niles To Be Adapted For The Screen   San Diego, CA (June 27, 2016) –  Aleister Arcane , the horror comic from IDW Publishing, is making the leap from page to screen.  Jim Carrey  will star in and executive produce while  Eli Roth  ( Hostel ) will direct.  Steven Spielberg ’s  Amblin Entertainment will develop the adaptation which was optioned from IDW Entertainment.  Jon Croker  ( The Woman in Black 2: Angel of Death ) will adapt for the screen.   Mandeville Films’  David Hoberman  and  Todd Lieberman  will produce along with  Michael Aguilar  and be executive produced by IDW Publishing CEO and Publisher  Ted Adams  and IDW Entertainment President  David Ozer .   Aleister Aracane , written by  Steve Niles  ( 30 Days of Night ) and illustrated by  Breehn Burns , was first published in 2004 by IDW Publishing. The story centers on a group of children who befriend a former local TV horror host who
Post a Comment
Read more

Get PREVIEWS this Wednesday and follow along with pre-order picks 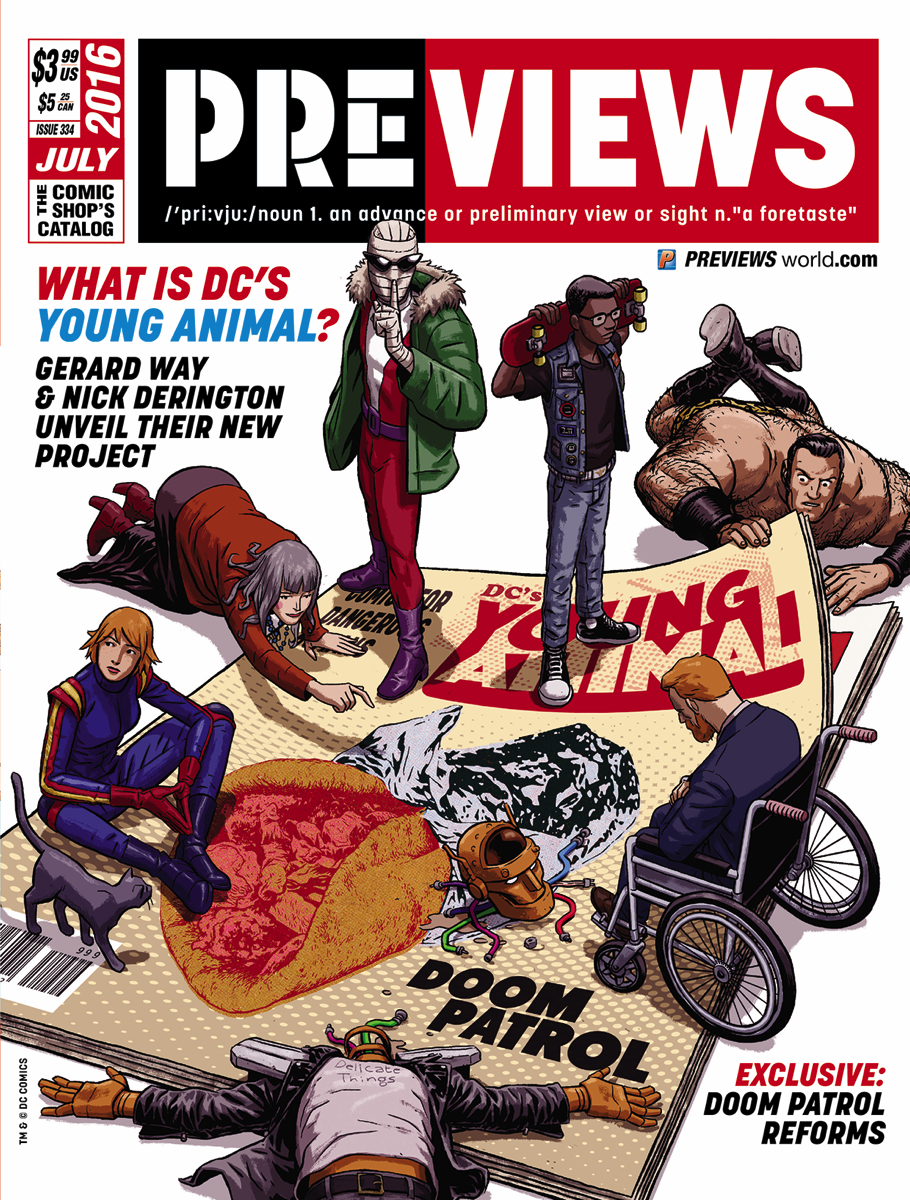 EDI TOR”S NOTE:  Whew!  We just finished wrapping up a new feature last week, and it’s time to get ready to do it all over again!  We’re talking about our PREVIEWS Pre-Order Picks where we look over the current catalog of books being released in two months and highlight some titles we feel are worth checking out by adding them to your pre-order list with your local comic shop.   We encourage our readers to pick up a copy of the new July PREVIEWS catalog when it comes to comic store shelves this Wednesday, June 29.  It details all the books coming out in September 2016 from various publishers. It will make it easier to follow along when we highlight those books that we feel are worthy of your attention. We promise to be more selective this time, and not produce such a gargantuan list of promising works like we showcased in June. We’re going to give a special focus to new titles this time. We’re let you know what new books you should be looking out for.   If nothing else, following
Post a Comment
Read more

Inkwell Awards 2016 Winners Announced  (New Bedford, MA/USA—June 23, 2016) The Inkwell Awards has released the names of the winners of its ninth annual awards for excellence in the art form of comic book inking. As before, nominees were chosen by a separate and independent nomination committee. Voting via live ballot at the non-profit advocacy’s website ran from April 15-30. One winner was chosen in each of five categories based on American-based interior comic-book work cover-dated 2015. Separately, the Inkwells selected internally the two recipients of the annual Joe Sinnott Hall of Fame Award and the Special Recognition Award (SRA) category. Winners were contacted and some invited guests were present to receive their trophies at North Carolina’s Heroes Con, the host show for the Inkwells, for the sixth live ceremony on Friday, June 17. Winners and nominees are listed below, along with the percentage of vote received, where a
Post a Comment
Read more 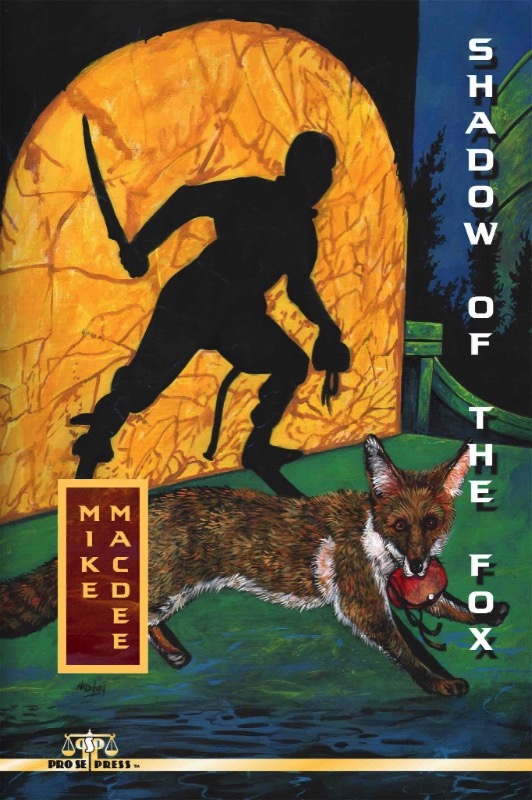 from the official press release . . . . . . .  Pro Se Productions, an innovative Publisher of Genre Fiction, announces the debut of a new hero, created by Mike MacDee.  A master of disguise, Mata the Ninja fights his way through SHADOW OF THE FOX , now available in print and digital formats.   “One of the neatest things,” says Tommy Hancock, Pro Se Productions Editor in Chief, “that we do at Pro Se is introduce readers to characters that demand to be read. Mik e MacDee’s Mata is most definitely one such creation.  Each story in SHADOW OF THE FOX ripples with action and adventure and Mike works a sense of urgency into each of Mata’s missions, into his every action even.  Edge of Your Seat is definitely what this book is all about.”   Mata the Fox is a ninja agent whose mastery of disguise allows him to change shape like the foxes of myth. He has infiltrated places thought impregnable, stolen things thought irretrievable, and killed those thought untouchable; thus Mata always gets the
Post a Comment
Read more 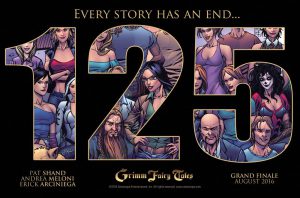 EDITOR’S NOTE:  Continuing a new feature, as we peruse the monthly PREVIEWS catalog and highlight some books we feel are worthy of your attention. We began in alphabetical order, so this is the last entry. Let us know what you think, and if you find the recommendations useful. Your local comic shop depends on your pre-orders to make sure they have the books you want when you want them. Since business reality makes it impossible for a local comic shop to order some of everything, they depend on the comics readers to tell them what they want to see.   It’s a dice roll for them every month.  Won’t you help with the odds by at least telling them what you want to buy from them in two months?  Please give it a try.  We’ll do our best here to help you with those selections, from a BC Refugees point of view.  Not objective, but absolutely subjective.  ZENOSCOPE ENTERTAINMENT page 464+   http://www.zenescope.com GRIMM FAIRY TALES #125 : Final issue after ten plus years of adapting classic G
Post a Comment
Read more

BALTIMORE, MARYLAND - June 20, 2016  - The Baltimore Comic-Con returns to Baltimore's Inner Harbor on September 2-4, 2016 at the Baltimore Convention Center. This year, the show welcomes numerous guests who have worked on  My Little Pony , including  Katie Cook ,  Andy Price ,  Nei Ruffino ,  Chad Thomas , and  Thom Zahler .  Tickets  to the show are now on sale at  http://baltimorecomiccon.com/tickets/ Katie Cook  is a comic artist and writer that hails from the mitten state (as in Michigan, not that she is in the state of being a mitten). She currently puts an inordinate amount of time in on her creator-owned book,  Gronk: A Monster's Story  printed through Action Lab Entertainment, as well as writing and drawing for IDW's smash-hit  My Little Pony: Friendship is Magic . She has also worked as a writer and/or illustrator on  Adventure Time Comics  from BOOM! Studios,  Haunted Mansion  for Marvel,  Munchkin  for BOOM! Studios,  Fraggle Rock  for Arc
Post a Comment
Read more 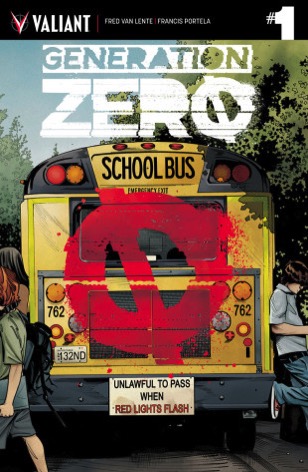 EDITOR’S NOTE:  Continuing a new feature, as we peruse the monthly PREVIEWS catalog and highlight some books we feel are worthy of your attention. Your local comic shop depends on your pre-orders to make sure they have the books you want when you want them. Since business reality makes it impossible for a local comic shop to order some of everything, they depend on the comics readers to tell them what they want to see.   It’s a dice roll for them every month.  Won’t you help with the odds by at least telling them what you want to buy from them in two months?  Please give it a try.  We’ll do our best here to help you with those selections, from a BC Refugees point of view.  Not objective, but absolutely subjective.  VALIANT ENTERTAINMENT page 440+   http://www.valiantuniverse.com    GENERATION ZERO #1:   Last seen in the HARBINGER WARS series, we welcome the return of the Generation Zero team and can’t wait to see what the inventive Fred Van Lente does with it.  We’re in for the run
Post a Comment
Read more 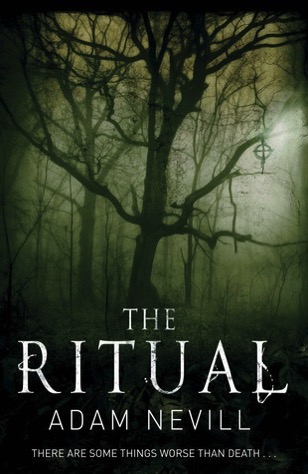 THE RITUAL  by Adam Nevill From the Goodreads summary: "Four old university friends reunite for a hiking trip in the Scandinavian wilderness of the Arctic Circle. No longer young men, they have little left in common and tensions rise as they struggle to connect. Frustrated and tired they take a shortcut that turns their hike into a nightmare that could cost them their lives. Lost, hungry and surrounded by forest untouched for millennia, they stumble across an isolated old house. Inside, they find the macabre remains of old rites and pagan sacrifices; ancient artefacts and unidentifiable bones. A place of dark ritual and home to a bestial presence that is still present in the ancient forest, and now they’re the prey. As the four friends struggle toward salvation they discover that death doesn’t come easy among these ancient trees…  " Paperback ,  418 pages Published May 28th 2011 by Pan Publishing (first published May 6th 2011)     MY REVIEW  (4 out of 5 stars)  hor
Post a Comment
Read more
More posts