FEAR ITSELF Prologue - - The Book Of The Skull

RAIDERS OF THE LOST ARK revived the filmic pulp tradition and brought us one of the most exciting prologues/lead-ins to a movie in recent memory. Through the cine-magic of co-directors Spielberg and Lucas we were riveted to the screen and couldn’t wait for the main story to begin. In similar fashion, magicians Brubaker and Eaton use FEAR ITSELF PROLOGUE: BOOK OF THE SKULL to whet our appetite for the mini-series to begin.

The descent into the secret desert lair of the Red Skull during the opening moments of this story reminds me of RAIDERS OF THE LOST ARK as well. There are many similarities throughout this book—the desert setting in Egypt, the WWII background with the presence of Nazis (the ultimate villains), the unworldly atmosphere as an ancient artifact/entity (possibly a weapon, or an awakened demon/god) is sought for and discovered, and the implications of what it means for the outcome of the War as we

ll as the future of the planet. There are also some unsettling and creepy images/events in BOOK OF THE SKULL that remind me of THE EVIL DEAD film—human sacrifice, ancient tomes bound in flesh, a mythic text that awakens eternal spirits, etc. I believe I read something about Ed Brubaker that mentioned his interest in films of a pulp and noir nature—and that influence can be seen here.  My son Dave also reminded me of another 1991 film OPERATION CONDOR, a Jackie Chan martial arts action movie that featured a secret Nazi underground base in the Egyptian desert! 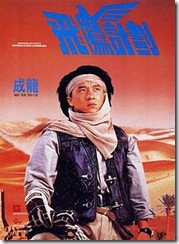 BOOK OF THE SKULL also reminds me of Brubaker’s fine body of work on CAPTAIN AMERICA (who is also featured here, but not in the main spotlight). This reads like a CAPTAIN AMERICA book and is just as entertaining—in your face action, brief but insightful glimpses of character traits and values, an implication of world in peril that enhances the sense of history behind the characters and their connection to WWII, and Brubaker’s patented story methods that utilize suspense and pacing to keep us turning pages right up until the end.

Scott Eaton’s fine artwork also reminds me of the CAPTAIN AMERICA book, as if he took some cues from the dynamic realism of Steve Epting’s work on this title. The panel placement and the use of dark borders/background also reinforce that feeling. In fact, this book could have been re-titled CAPTAIN AMERICA #615.2 and I wouldn’t object to that. I should also mention Djurdjevic’s perfectly symbolic and evocative cover image.

I’d rather not summarize the story and potentially take some of the fun away from you.  Here are a few things you can look forward to:

I always approach these “events” from comics publishers with a sense of foreboding, as if I’m about to get sucked into a marketing whirlpool of hype and promises that sometimes flattens out with little impact as it ends. Nevertheless, I await the future issues of FEAR ITSELF. I took the bait.

There is an absolutely stunning video to promote FEAR ITSELF from MTV of all places.  I tried to embed it here for your viewing but I lack the technical computer skills to pull that off.  Hopefully, you can find it by using the link below.  Maybe it will even take you there if you click on it  (no promises, though).

This review appeared in a slightly altered but similar format on the Captain Blue Hen website on Wednesday, April 7, 2011 . . . . .