EDITOR’S NOTE:  We conclude our spotlight on WEIRD DETECTIVE, our nomination for the Best Mini-Series of 2016.  It should also be in consideration for recognition in the horror genre, including the Ghastly Award and the Rondo Hatton Award.  We’ve reviewed each issue, and hope to draw more attention to this deserving creative work of imagination.  P.S. . .  There are some incidental spoilers in our review, so tread cautiously. If you’ve come this far, why not pick up the whole series?  The trade paperback is scheduled to be released February 08,2017 and was featured in the October PREVIEWS catalog. Contact your local comic shop and order Diamond #OCT160070. You won’t regret it. 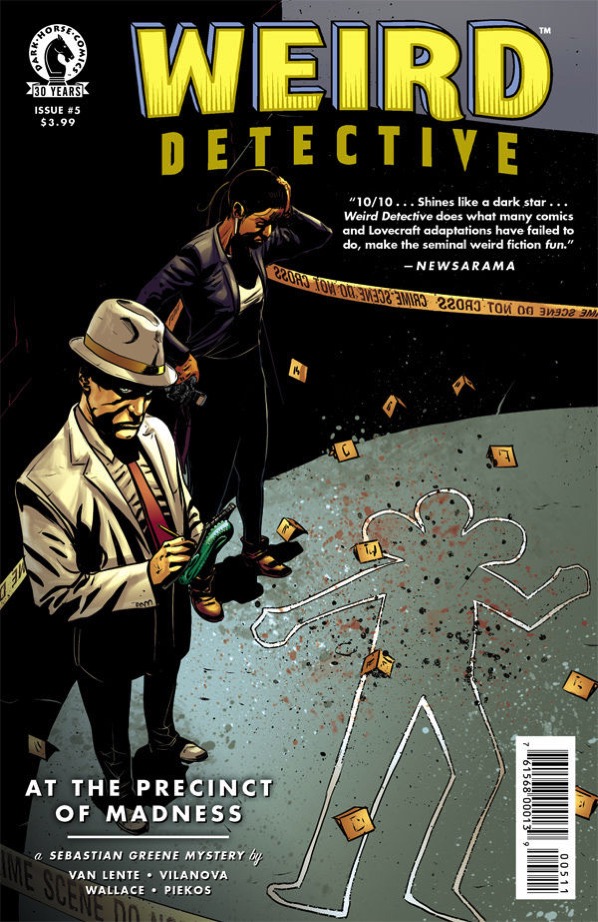 One of the many things we’ve loved about WEIRD DETECTIVE are the references and asides to classic H. P. Lovecraft fiction and themes. With the exception of the first issue, the cover story title on all subsequent issues contain a play on words of classic Lovecraft story titles:

The story update (from the credits page): “The Juice Box Killer has given Detective Greene the slip during a fight in Mrs. Boucher’s basement.  Now, armed with a special weapon from a different world, he’s ready for Round Two. Before the final showdown can begin, he must find his partner, Detective Fayez, who has mysteriously disappeared after filing a complaint about the NYPD with the FBI.”

The opening of Issue #5 is a shocker. Greene and Fayez share their deepest secrets, and it takes Greene two full pages to reveal his in detail.  Ugh.  Talk about a bad time for impersonations and impressions. 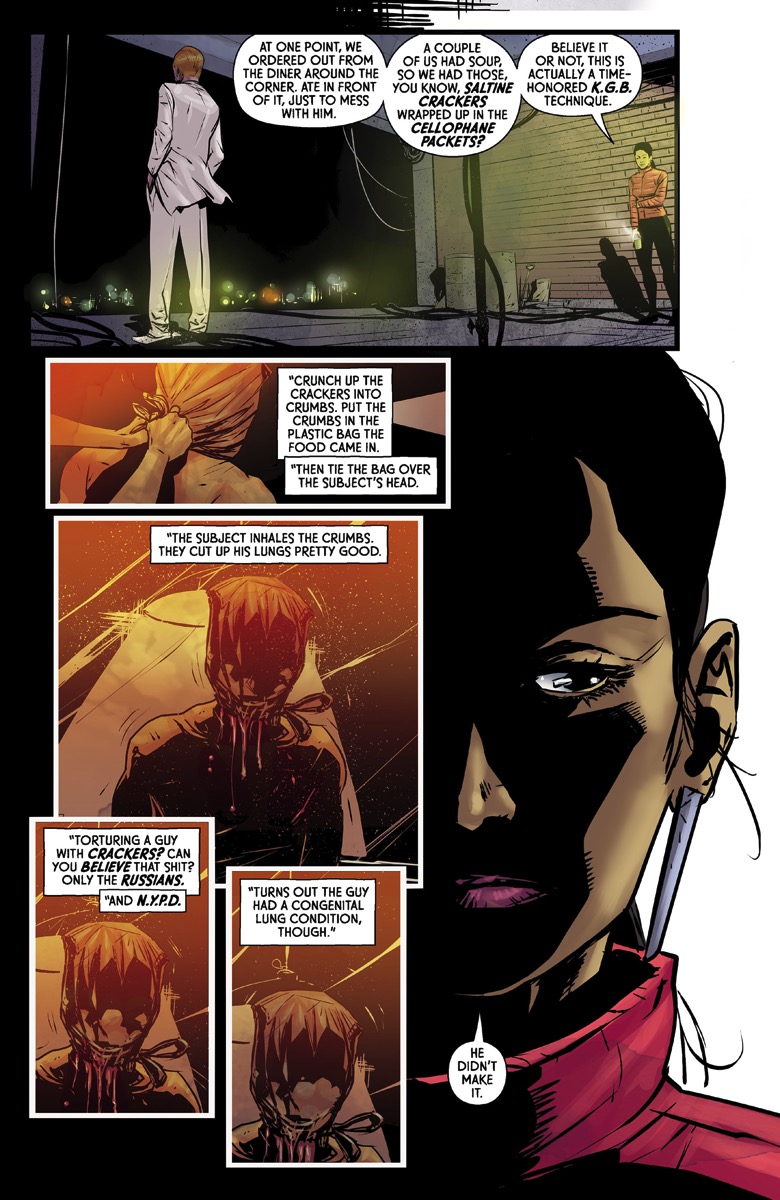 n two different selves — Tellurite (knowing where every part of your body is at all times).  Some creatures and devices straight out of Lovecraft make their appearance this issue at the most opportune moments. Devotees of Lovecraft lore will have their tentacles titillated for certain.

The next surprise is that the story concludes with a happy ending, something that never occurs in Lovecraft stories.  Greene attends a birthday party for Fayez’s baby, and greets them with the correct but inappropriate greeting of ‘hello, lesbians.’

With the tension broken, the issue concludes with more gags and jokes. Greene uses the eighth of his senses  - - Kolmak (the removal of unpleasant memories).  Actually, these seem more like extra abilities than senses. Perhaps it’s just Greene’s way of confusing earthly terminology.  Or maybe aliens do exaggerate. In any case, we never learn what all of the 17 senses are. Even if we add our own five senses to the eight that Greene has - - it’s still only thirteen total.

STORY: A blend of popular genres: Lovecraftian lore, police procedural, hard boiled detective, buddy cop, classic movies and television. An unearthly threat from another dimension.  Spiced with humor throughout. It’s such an interesting comics cocktail.  I want the recipe.  3 POINTS.

ART:  From city streets and criminal hangouts to monstrous settings and absurd situations, the art team transforms them all into the suitably strange. A great effort at depicting the author’s vision, and further enhancing it from gruesome scenes to the appropriate body language and facial expressions of the characters. 3 POINTS

COVERS:   Every single cover pulls the reader in with stunning scenes from the story or engaging imaginative interpretations. 2 POINTS

RECOMMEND? Why would we devote a review to every single issue if we weren’t absolute fans of this story.  Yes. 1 POINT.

KEEPER?:  This is the first time since we started our BC Rating System that we’ve added this designation to any book.  It stands apart from the crowd. It’s a classic example of blending humor with horror, and mixing genres within the same work. That is not easy to do.  If we were going to be abandoned on a deserted island and had to confine our comics collection to a single box - - this series would be in it.

TOTAL RATING: 11 POINTS.  The coveted ranking reserved for the very few.  No higher rating possible. What are you waiting for? Get it. 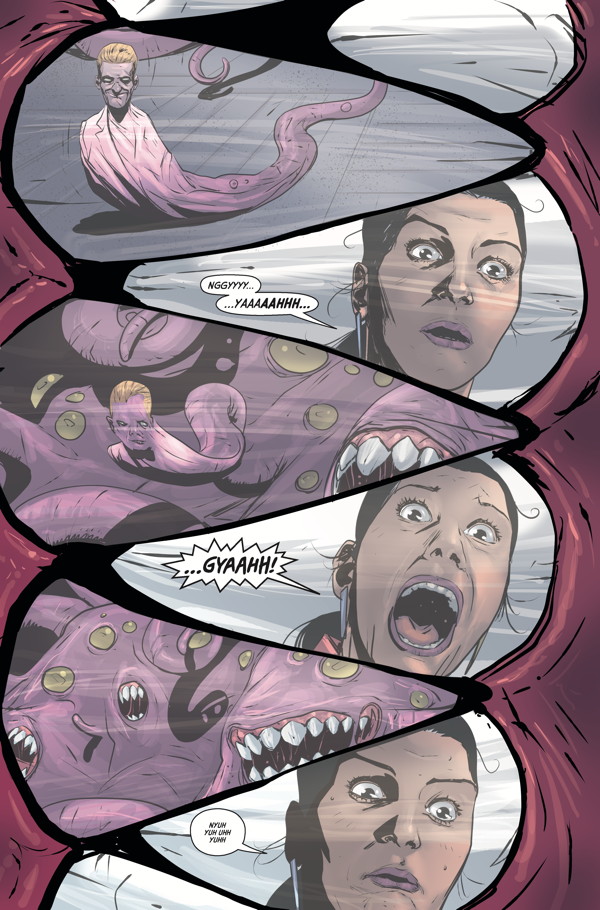