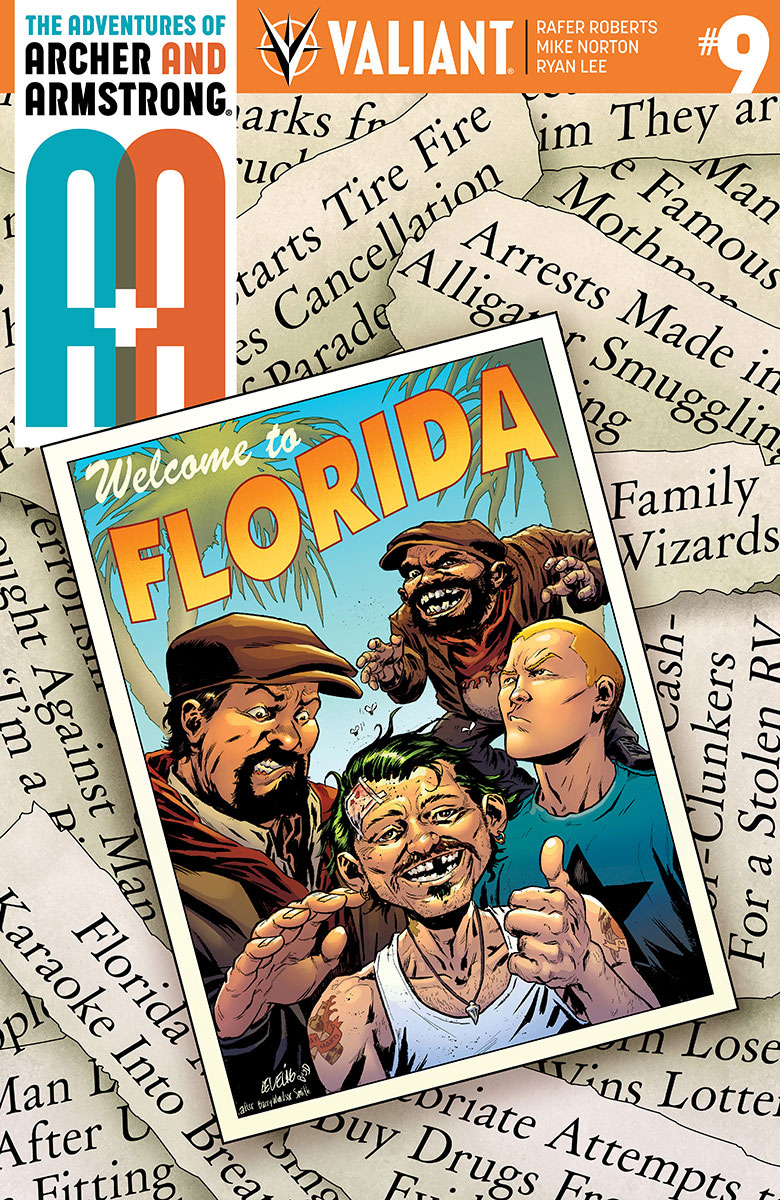 There’s a fine line comic book writers have to walk when telling funny stories about the serious situations that action-adventure heroes get into.  Go too far and it comes off as sappy and stupid, resulting in characters that readers don’t care enough about to take seriously. Writer Fred Van Lente hit the bullseye with the first new stories of Archer & Armstrong in this century by avoiding broad humor and striking a satirical tone that poked fun at government and institutions. We had reservations when Volume 2 of Archer & Armstrong was announced with a new writer.  While the first story arc was fun, it was also a bit sillier than we preferred, and made us miss the Van Lente version.  As we approach Issue #9 of Volume 2, new writer Rafer Roberts is reaching that critical balance of humor and action that makes for fun reading. We look forward to reading this book again.

The new story arc leads off with Andromeda telling her version of the origin of the gods and the meaning of existence. Life centers around seeding and nourishing by aliens from another dimension, except for Earth, where life came into being by accident.  The aliens created the gods and immortals like Andromeda and Armstrong, and now they are coming back to complete their plans.  Armstrong dismisses this as new age mumbo jumbo, while Archer believes her. 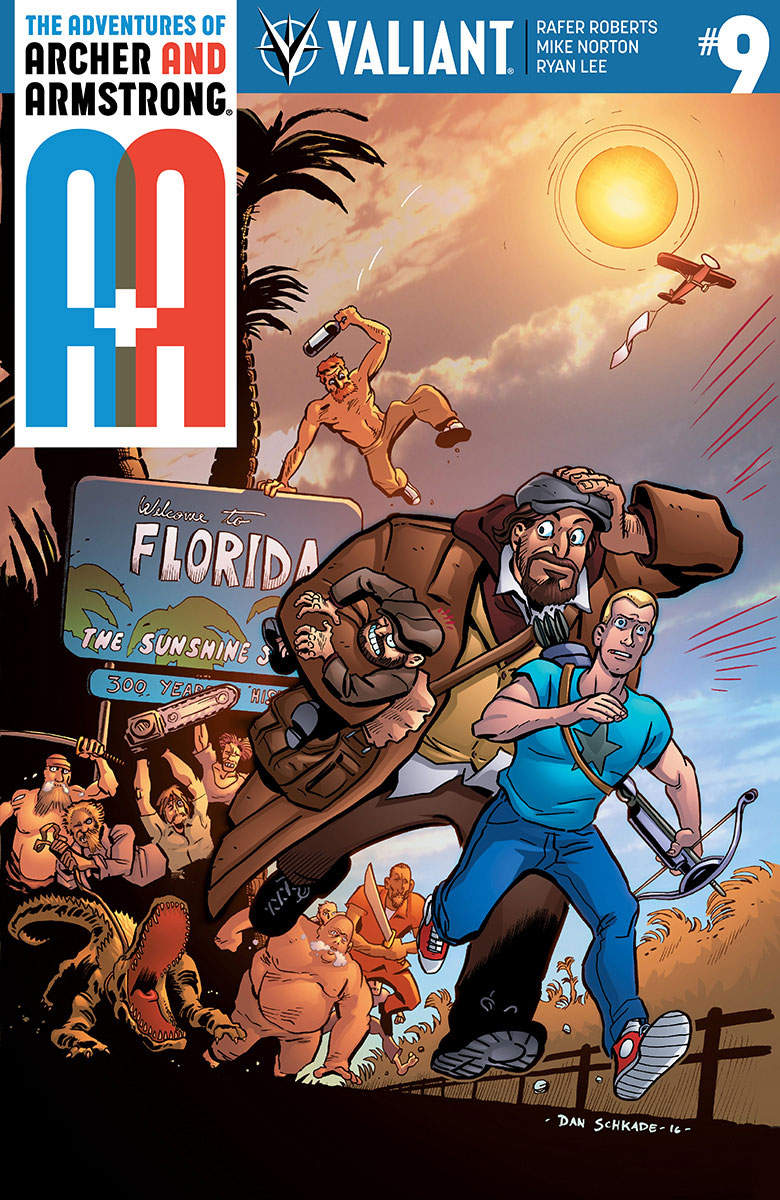 nce. Armstrong  exclaims “Jesus, Andy . . . were you into this garbage when we met?”   Andromeda replies “Yes, but I had a nice rack back then. You never heard a word I said.”

It’s great to see the return of The One Percent, here with a new plot to mesh their hallucinogenic bath salts with some DNA from Gub Gub, the dwarfish hybrid version of Armstrong, to create an army of zombies.  Don’t ask. You’ll need to read this to have it make sense.

Meanwhile, Archer’s sister Mary Maria and her rebel faction of ninja nuns defected from The Sisters Of Perpetual Darkness are launching a Mission Impossible-style plot to break the bank where the Sisters do business.

STORY: It’s a good beginning to the new story arc and covers a lot of ground. All the side plots hint at future situations and challenges for all the characters. Despite all the different stories converging here the story still flows, thanks to the humor that holds it all together.  2 POINTS.

ART: Overall, the art styles employed help lend a light tone to the humorous situations in this issue, and are reminiscent of the early Mad Magazine art when it was still a color comic book. Individually, the Ryan Lee art (used when Andromeda explains her version of the creation of the universe) reminds of the old Classic Illustrated style of illustrations with captions as if it was being used to relate an EC Comics science-fiction tale. The Mike Norton art in the rest of the book reminds us of both Ramona Fradon’s 1960’s work on DC’s Metamorpho, The Element Man and Joe Staton’s art in the late 1960’s on Charlton’s E-Man (Hmmn, there’s an elemental connection there!) In other words, it’s clear and engaging and a bit borderline cartoonish without reverting to cartoon silliness.  2.5 POINTS. 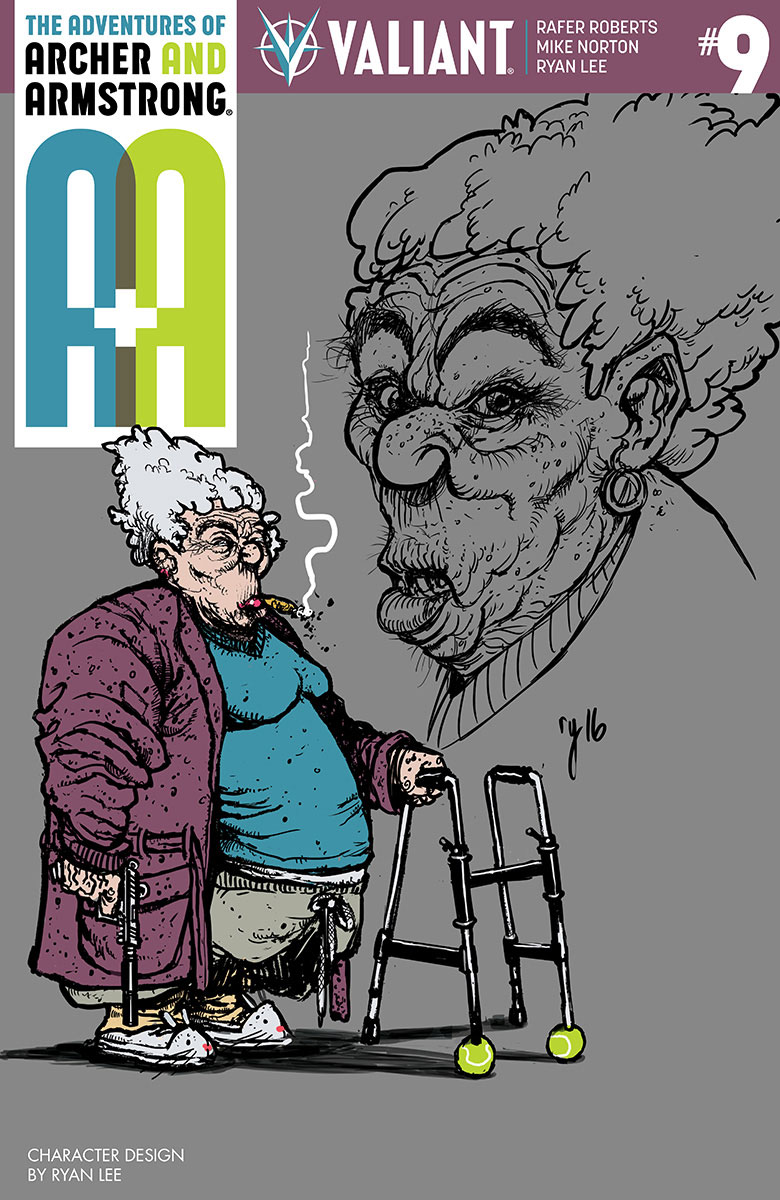 COVER:  The various covers give a good indication of the humor as well as the engaging art to be found within the pages.  1 POINT.

RECOMMEND?  Yes. We’re warming up to this title. 1 POINT.

TOTAL RATING: 7.5 POINTS out of 10.  The trend is improving.  Worth your time for sure.