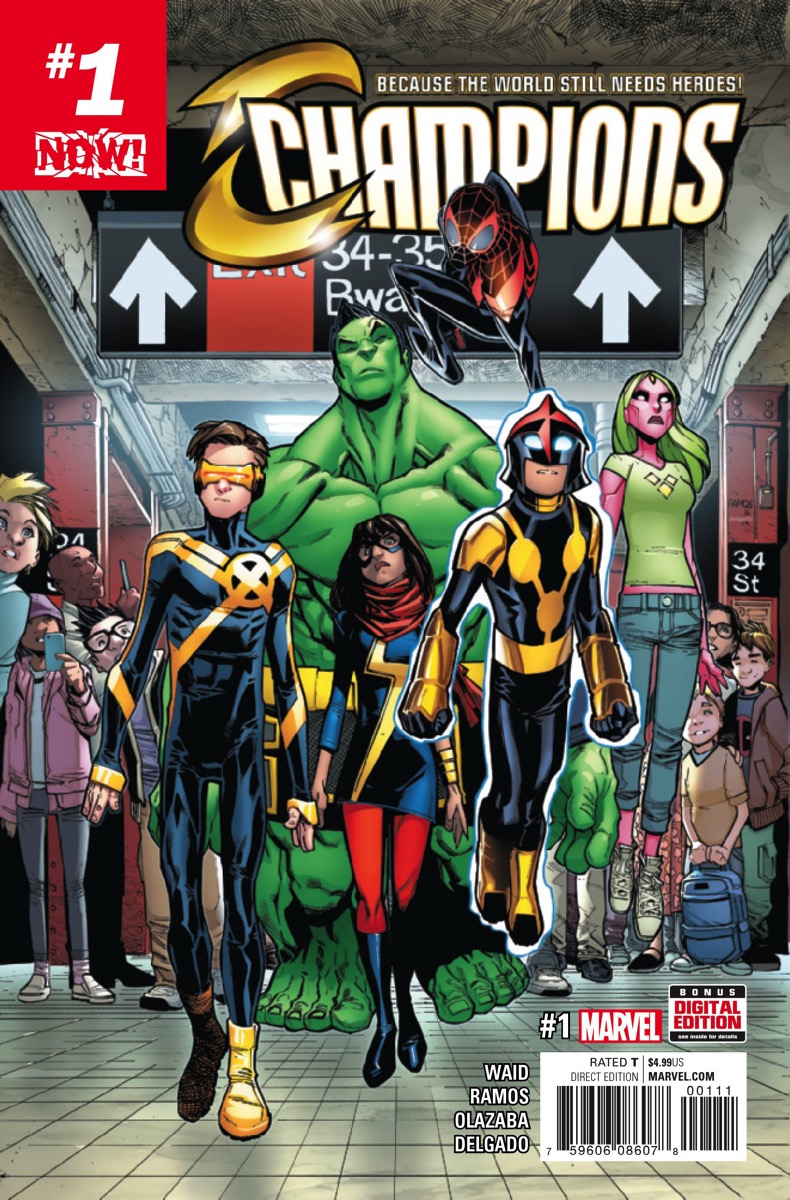 Marvel Comics had four titles in the top ten unit rankings including Champions #1 at #2, Robbie Thompson, Javier Rodriguez, and Alvaro Lopez's Doctor Strange and the Sorcerers Supreme #1 at #3; Brian Michael Bendis and David Marquez's Civil War II #6 at #7; and Kieron Gillen and Salvador Larocca's Darth Vader #25, the concluding issue of the series, at #8.

DC Entertainment had four titles in the top ten, led by Frank Miller, Brian Azzarello, Andy Kubert, and Klaus Janson's Dark Knight III: The Master Race #6 at #4, followed by Batman #8 at #5, Batman #9 at #6, and Scott Snyder and John Romita, Jr.'s All-Star Batman #3 at #9.

Rounding out the top ten, Robert Kirkman and Charlie Adlard's The Walking Dead #159 from Image Comics ranked #10 for the month.