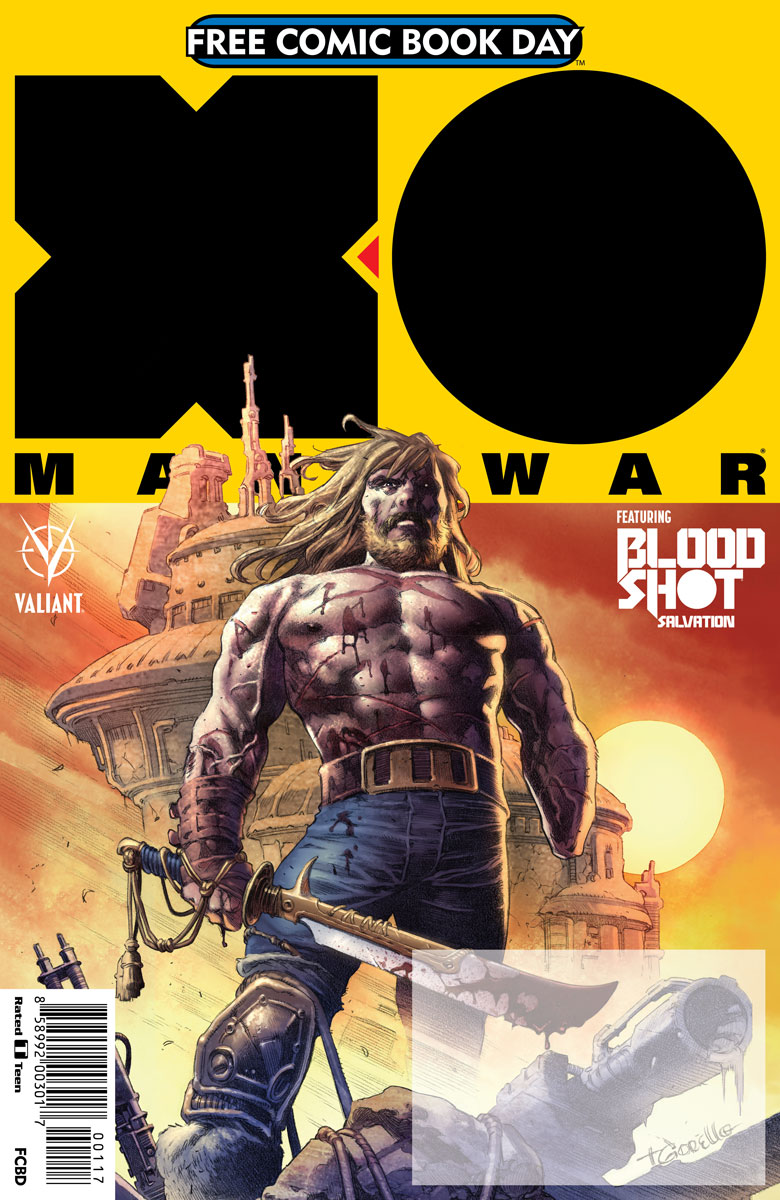 Valiant is proud to present your first look inside the VALIANT: X-O MANOWAR FCBD SPECIAL – Valiant’s gold-level offering for Free Comic Book Day 2017! On Saturday, May 6th, the road toward 2017’s biggest new series – X-O MANOWAR and BLOODSHOT SALVATION – starts here with two all-new, never-before-seen stories from a top-tier cast of writers and artists, including Matt Kindt, Jeff Lemire, CAFU, Juan Jose Ryp, and many more!First: Valiant’s most explosive Free Comic Book Day yet begins as New York Times best-selling writer Matt Kindt (Divinity, Ninjak, Mind MGMT) and rising star CAFU (Rai) present a brand-new prelude introducing the world of X-O MANOWAR #1 – the EPIC NEW ONGOING SERIES from Kindt and a rotating cast of blockbuster interior artists including Tomas Giorello (4001 A.D.: War Mother, Bloodshot Reborn), Doug Braithwaite (Armor Hunters, Bloodshot U.S.A.), Clayton Crain (Rai, Carnage), Ryan Bodenheim (The Dying & The Dead), and Mico Suayan (Bloodshot Reborn)!Then: FCBD 2017 escalates even further as New York Times best-selling writer Jeff Lemire (Bloodshot Reborn, Inhumans Vs. X-Men) and incendiary artist Juan Jose Ryp (Britannia) present a shocking look ahead at what awaits in BLOODSHOT SALVATION – a top-secret new ongoing series debuting in 2017 — with THE FIRST APPEARANCE of a MAJOR NEW CHARACTER that will have major ramifications for the violent world and troubled life of Ray Garrison…Plus: FAITH… HARBINGER RENEGADE… NINJAK… PSI-LORDS… ARCHER & ARMSTRONG... SECRET WEAPONS… RAI... SHADOWMAN… WAR MOTHER... And surprise revelations for HARBINGER WARS 2! On May 6th, don’t miss the all-star lineup of Valiant’s biggest heroes as Matt Kindt, CAFU, Jeff Lemire, Juan Jose Ryp, and special surprise guests present the biggest moments that the Valiant Universe has to offer – only in the VALIANT: X-O MANOWAR FCBD SPECIAL, featuring a cover by Valiant exclusive rising star Tomas Giorello!But first: A stunning new beginning for Valiant’s most enduring icon begins on March 22nd in X-O MANOWAR #1, part one of “SOLDIER” – a punishing, three-issue introduction that will push Aric of Dacia beyond the farthest limits of our galaxy…and into the brutal opening salvo of the ultimate X-O Manowar tale ever told!“Ultimately, I wanted to tear Aric back down to basics. I wanted to really explore Aric and his original culture and his mindset, and portray where his head would be at after going through everything he’s seen,” series writer Matt Kindt told the official Free Comic Book Day website. “In my run, he’s definitely going to have a contentious love/hate relationship with the armor and what it’s capable of. That’s where a lot of the drama will come from. I’m also dropping him on a completely alien planet that’s rich with very foreign ideas and cultures. He’s not going to have an easy time of it under my watch.” Born under the oppressive thumb of the Roman Empire, Aric of Dacia learned warfare at an early age. It was amid such violence that he was abducted by an alien race. Forced into slavery, he survived where others perished. His escape would come from bonding with a weapon of immeasurable power: the X-O Manowar armor. With it, he returned to Earth…only to find himself stranded in the modern day. But that was a lifetime ago. Now, far from home on a strange and primitive new world, Aric has begun a new life. Liberated from his past, he tends to his crops. Free from war. Free from violence. Free from the armor. But the machinery of death marches his way once again. Conscripted into an alien army and thrown into an unforgiving conflict, the fury inside him finds voice as he is forced to embrace the armor once more. With it, he will decimate armies, topple empires and incite interplanetary warfare as he rises  from SOLDIER to GENERAL to EMPEROR to VISIGOTH. They wanted a weapon. He will give them war! In the wake of “SOLDIER”’s staggering assault in issues #1-3, X-O MANOWAR then continues in 2017 and beyond as a superstar cast of Valiant’s most acclaimed artistic talents ­– including Tomas Giorello, Doug Braithwaite, Clayton Crain, Ryan Bodenheim, and Mico Suayan – chart Aric’s path from SOLDIER to GENERAL to EMPEROR to VISIGOTH for a vicious, year-long journey of bone and bloodshed born from the battlefields of a herculean alien empire: 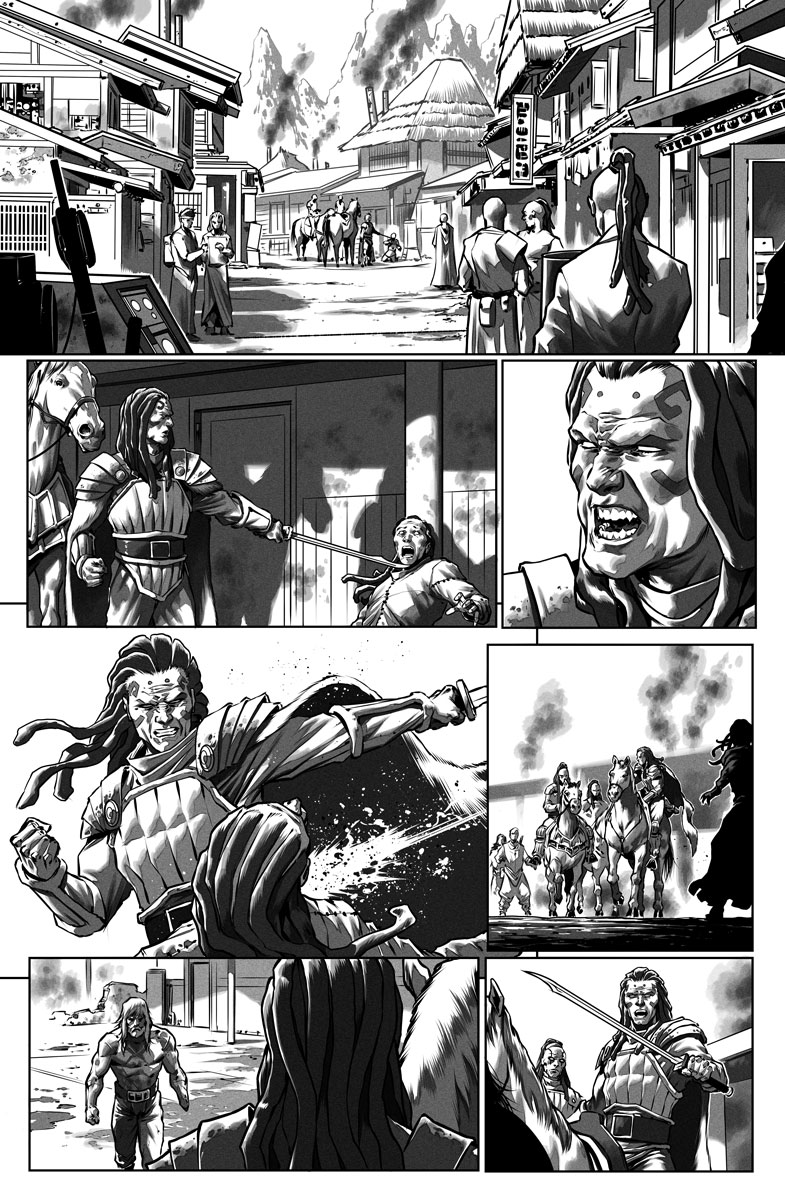 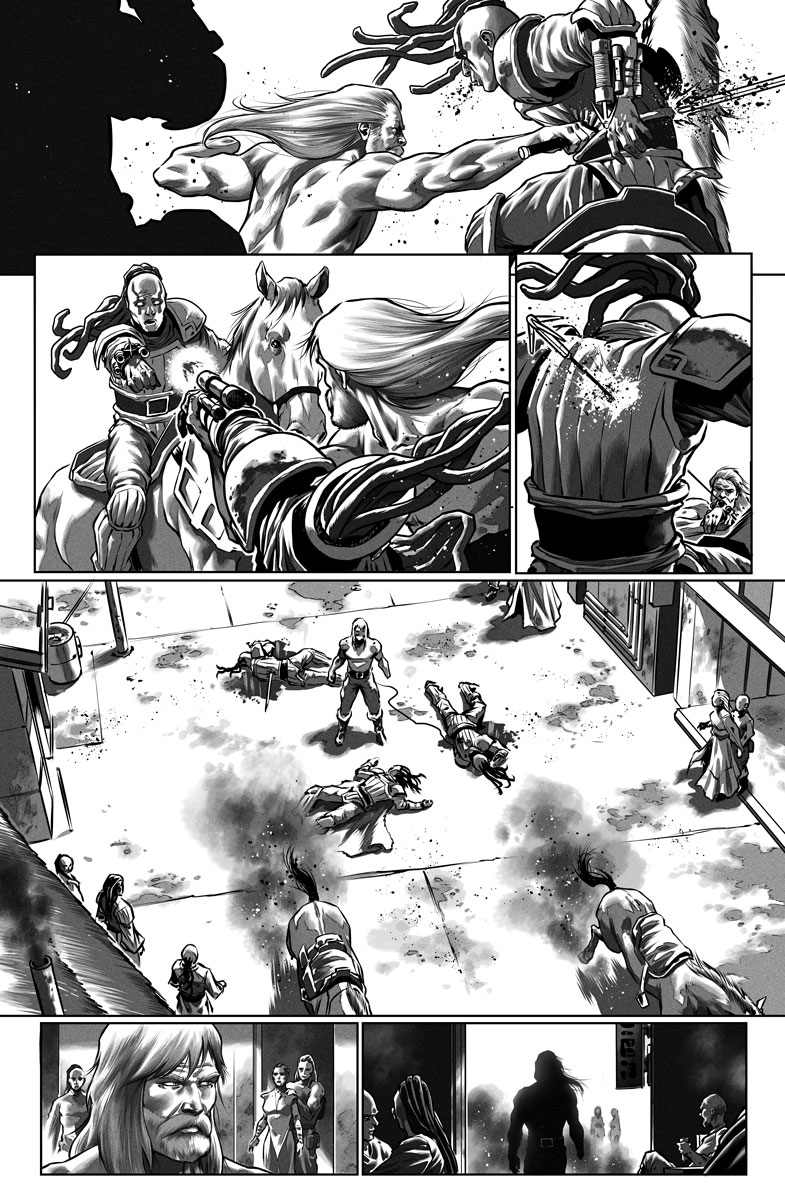 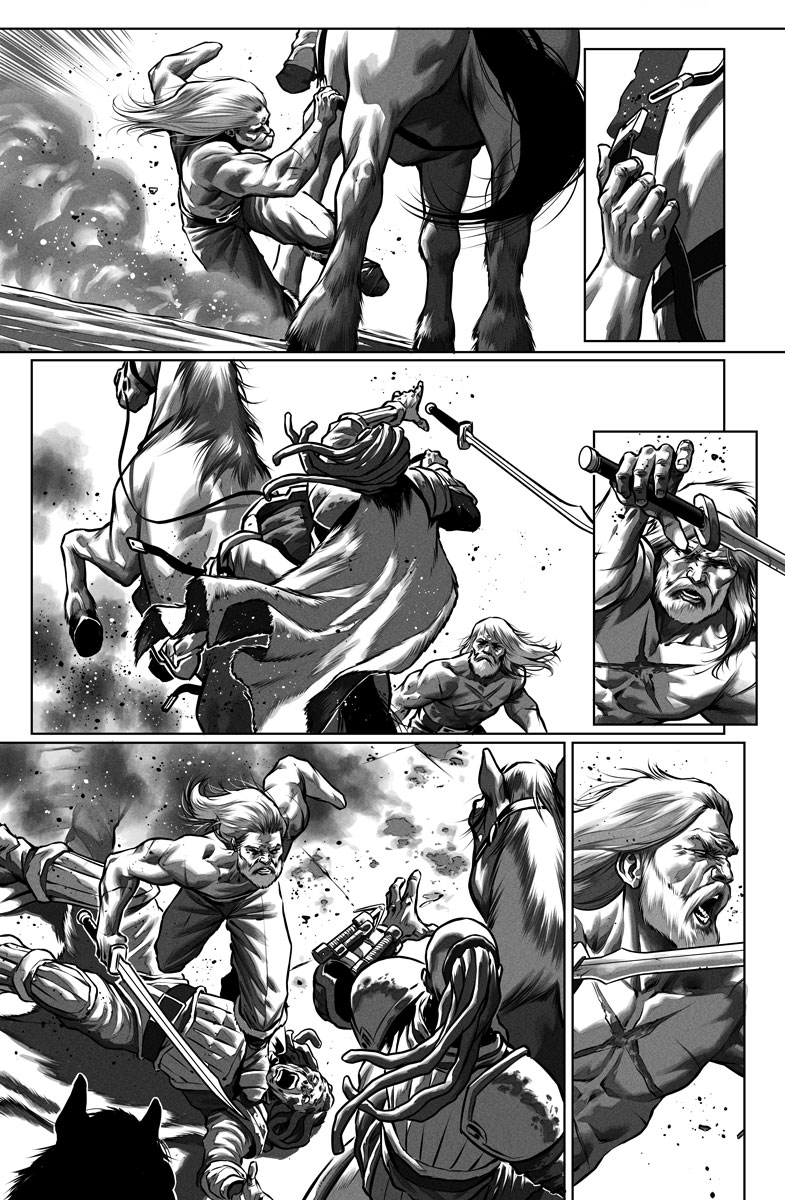 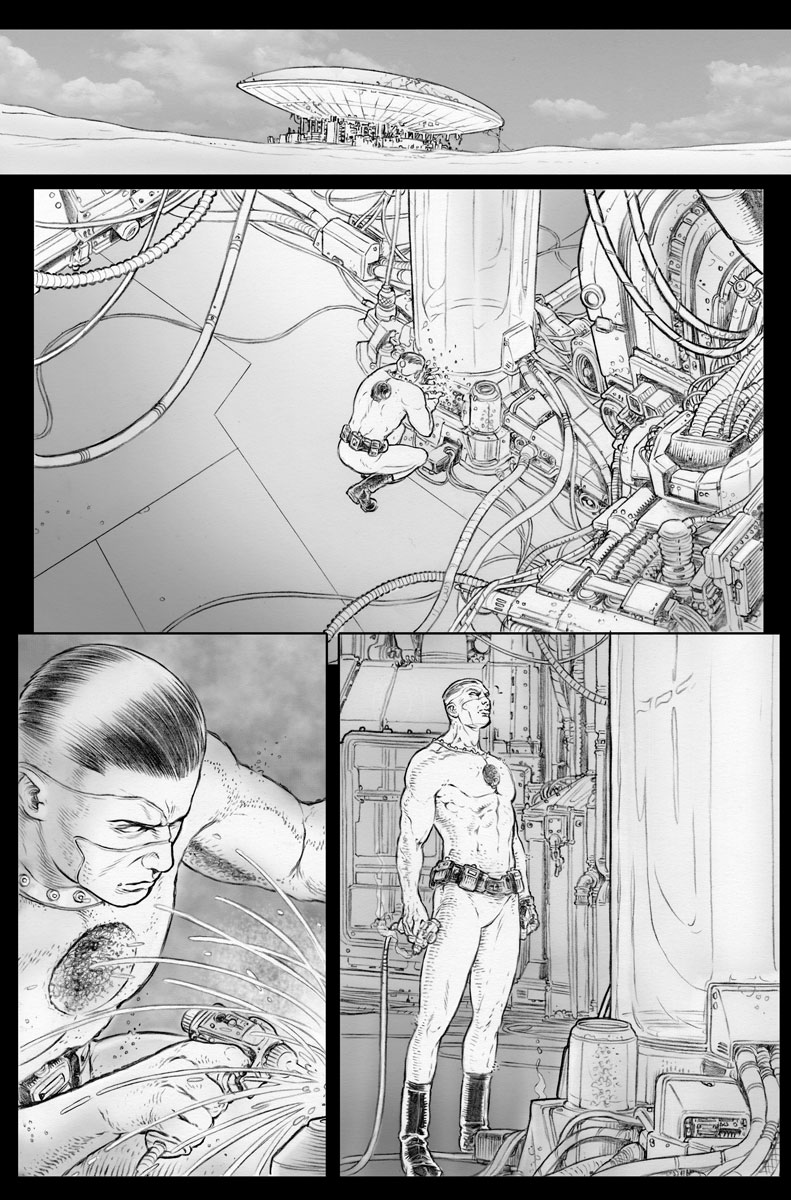 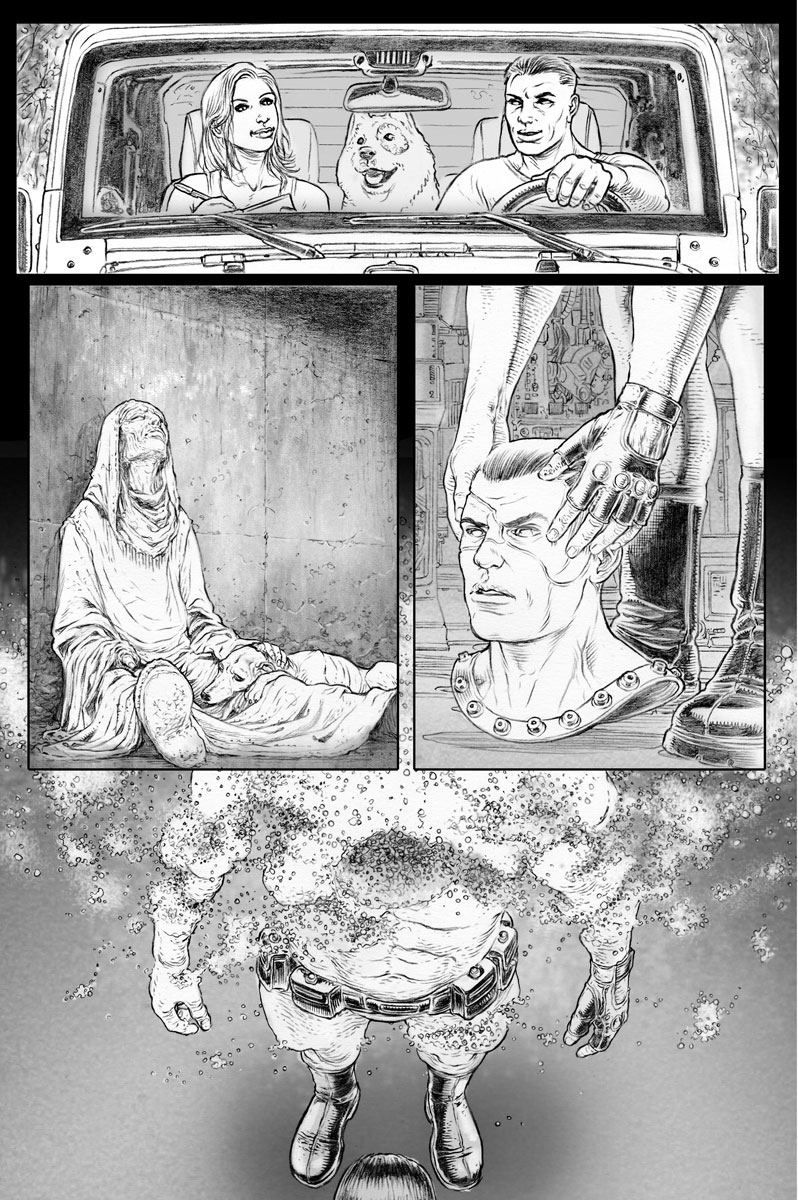 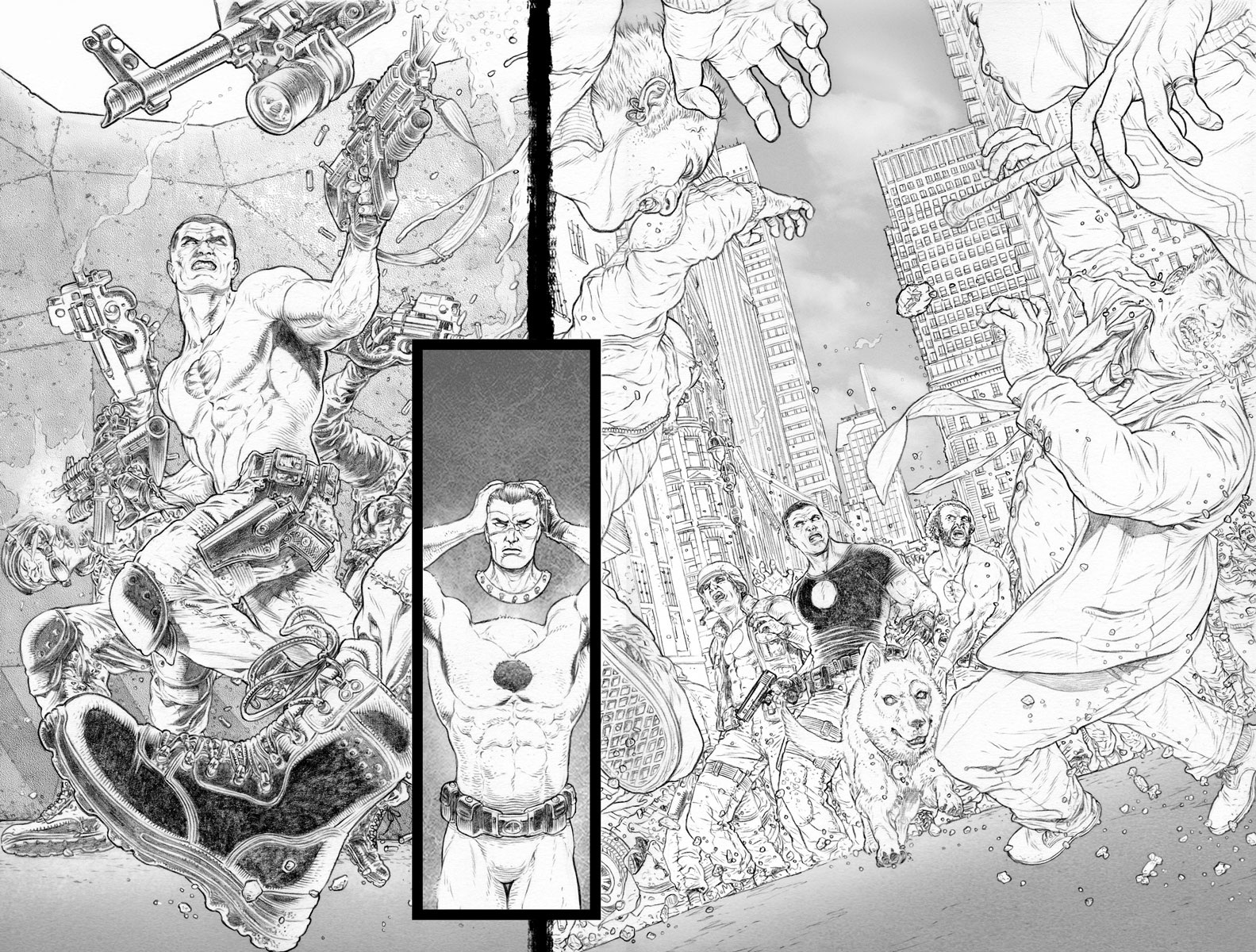