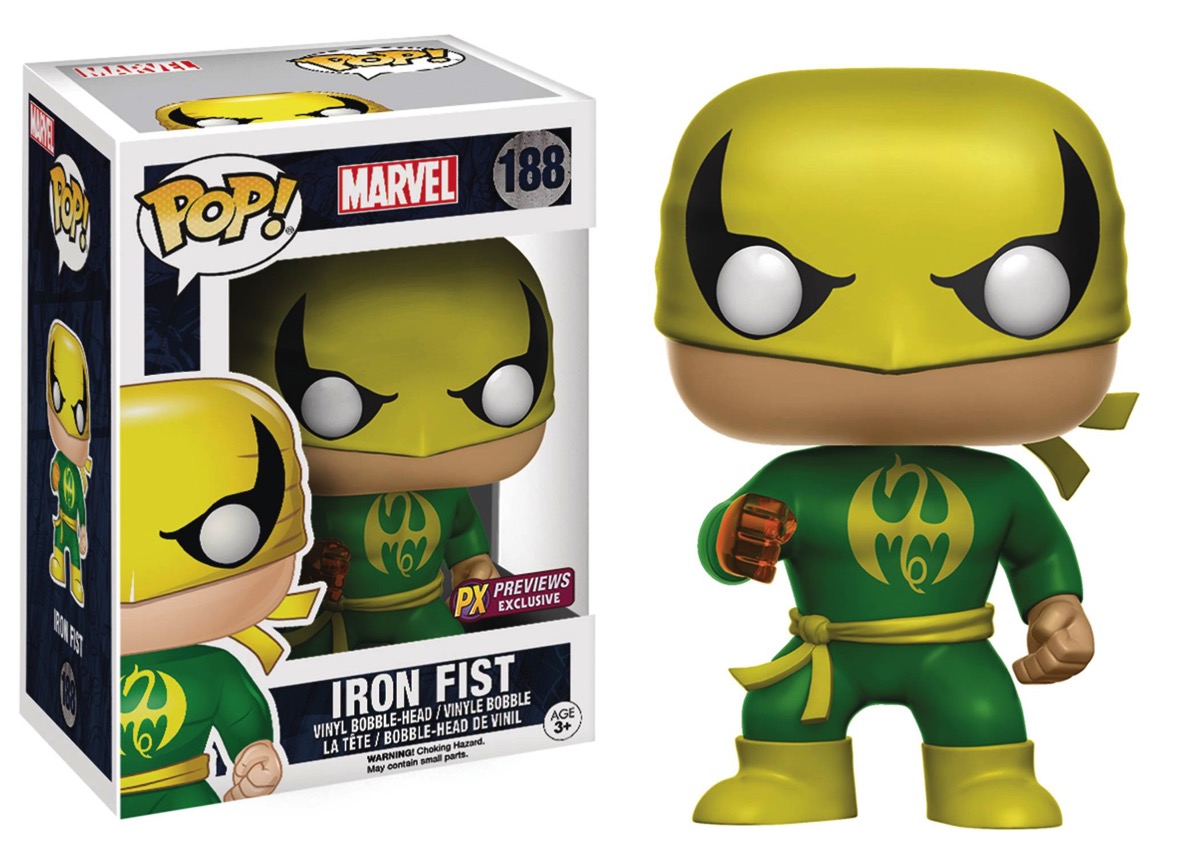 You’ll find two excellent depictions of Marvel Comics’ Luke Cage and kung-fu master Iron Fist in their 1970s uniforms from the hit series Heroes for Hire and Power Man and Iron Fist. These figures stand at 3 ¾” tall and sport the urban, stylized design that has made these characters so popular with fans and collectors.

Also available is the Free Comic Book Day (FCBD) 2017 exclusive variant of the Iron Fist figure. Whereas the standard figure has the classic costume, the FCBD 2017 figure sports the white costume worn in the comics to symbolize his status as the current and most powerful Iron Fist.

These two PREVIEWS Exclusive figures will be featured in the January issue of Diamond’s PREVIEWS catalog.  Each figure will carry a suggested price of $11.99, and will be available in stores late January 2017. The FCBD 2017 exclusive variant will be available in stores on Saturday, May 6th, 2017 with a suggested price of $11.99 as well.

Fans can pre-order their own Marvel PX Funko Pop! Vinyl Figures at their local comic book specialty shop to ensure they get these marvelous figures. 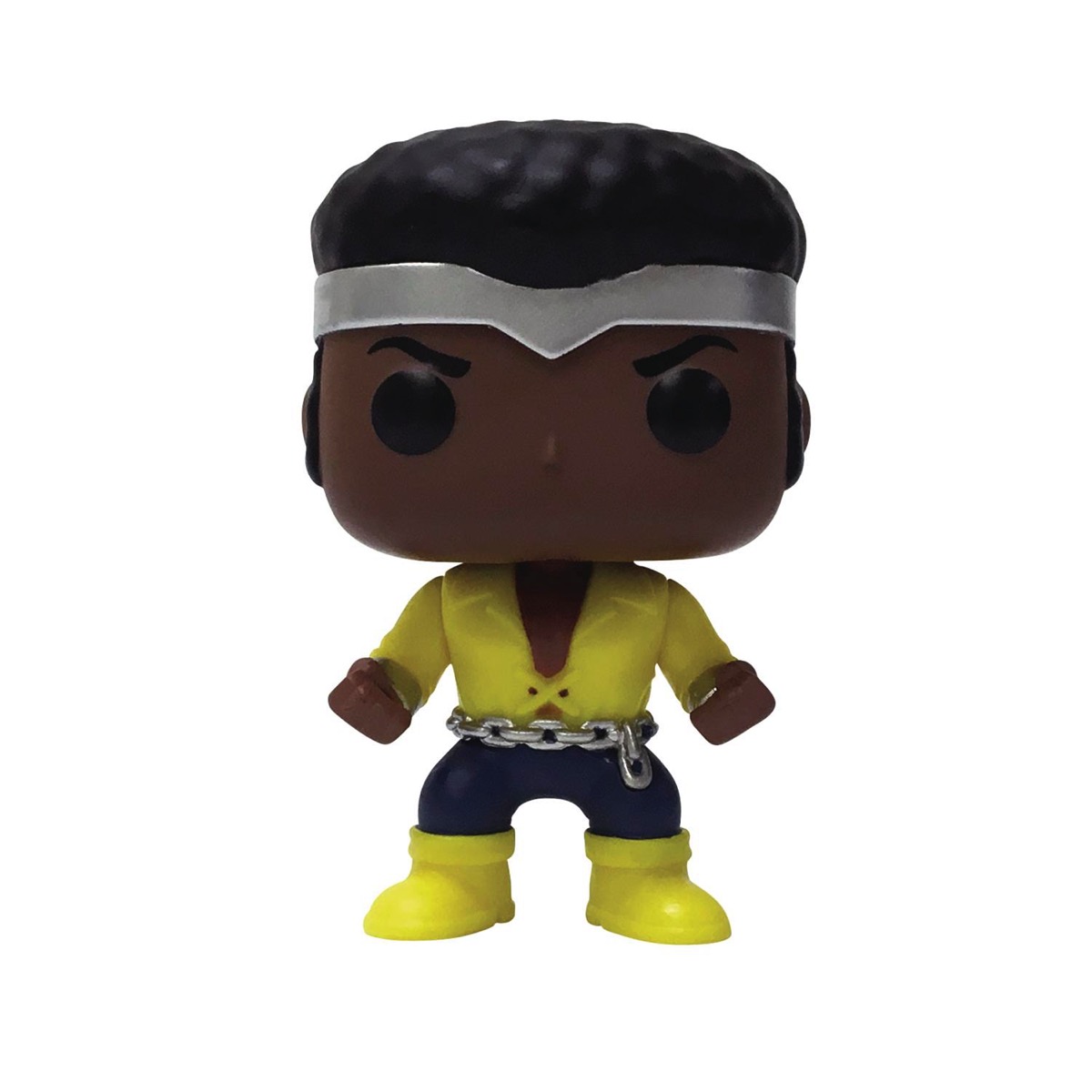 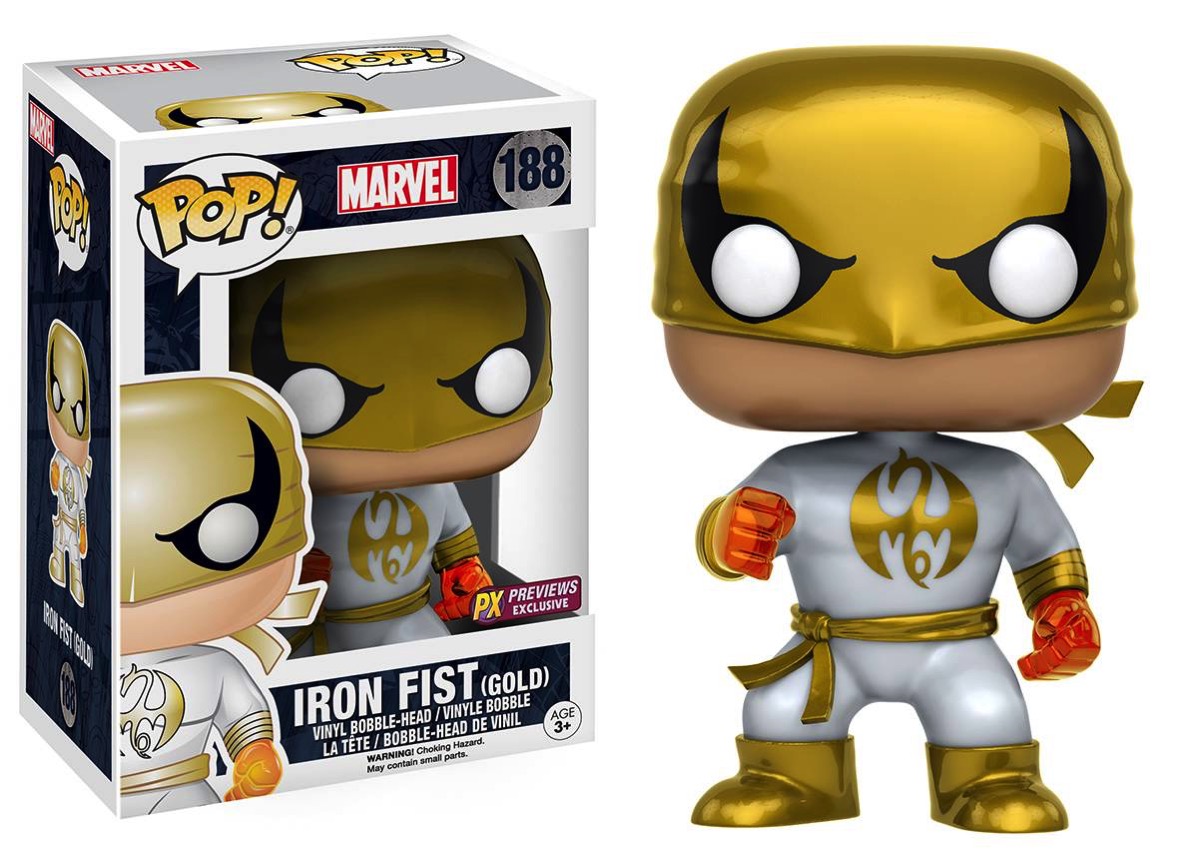