EDITOR’S NOTES:  As we have been suggesting for some time now, it’s extremely helpful to your local comic shop that you use the PREVIEWS catalog or website and pre-order books each month.  It helps the store from having to deal with surplus and un-returnable inventory; and ensures that the books you want will be there.  We’ve been reviewing the debut titles each month and offering some pre-order suggestions.  We’re going to fine tune that further this month and pick only those books that are both #1 issues as well as books that we feel may be under-ordered and not necessarily available when you decide to make it an impulse buy. In other words, we’re trying to pre-determine what books will sell out at the local level and go into second and/or third printings. We don’t claim to have a crystal ball , so the coming months will reveal how accurate our picks are.  Don’t wait and expect to find enough copies of these books on your comic shop shelves to satisfy all the impulse buyers. Make sure you get what you want by pre-ordering now . . . . . . 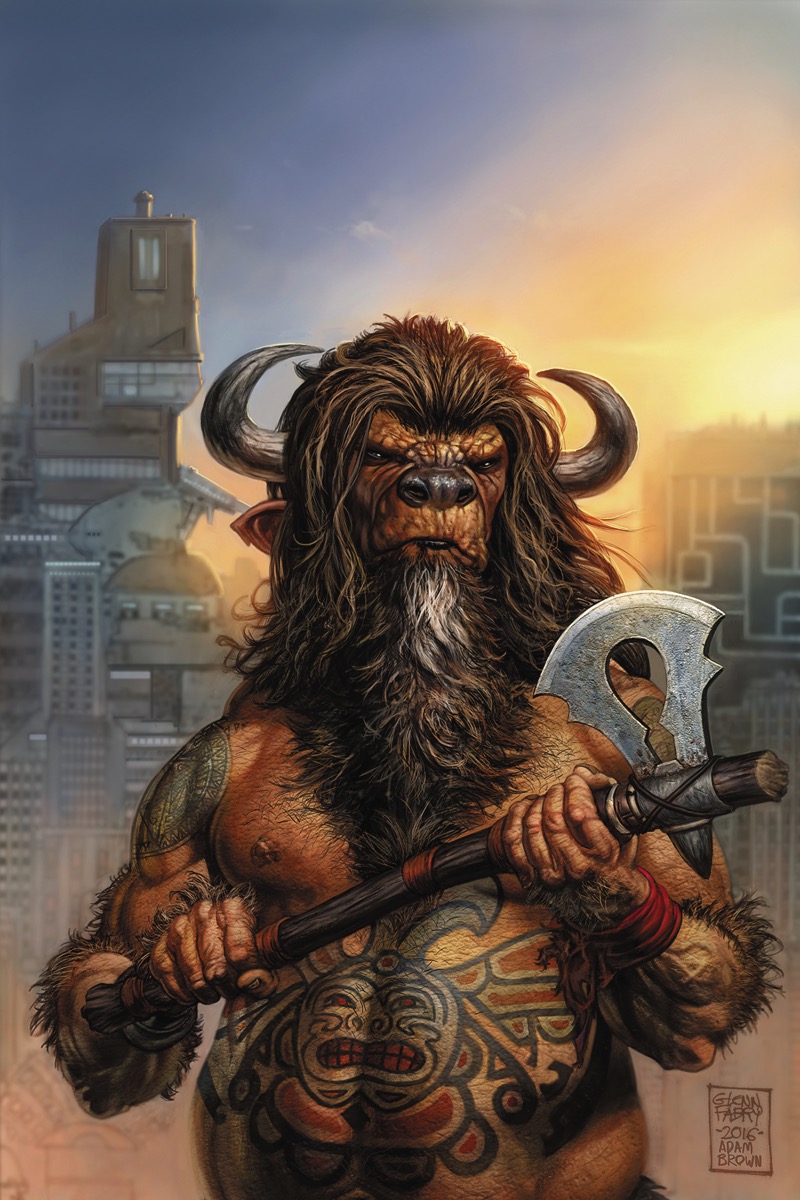 Neil Gaiman is one of our favorite authors, and AMERICAN GODS is our favorite Gaiman novel, an epic tale of old gods warring with new gods and featuring a score of fascinating characters.  The novel won A Hugo award as well as Bram Stoker, Locus, World Fantasy and Nebula awards.  AMERICAN GODS the television series will also soon debut on the Starz network.

For those already familiar with the novel, the new comic series offers an opportunity to see it visualized and brought to four-color life. We’re curious to see if the images from the creative team match or come close to the vivid images implanted in our memories by the skillful descriptions of Neil Gaiman.  The comic series will also serve new readers as an excellent introduction point to the wonders of the novel.  We expect this one to sell out at the distribution level, and go into a second printing.  Don’t be caught waiting. 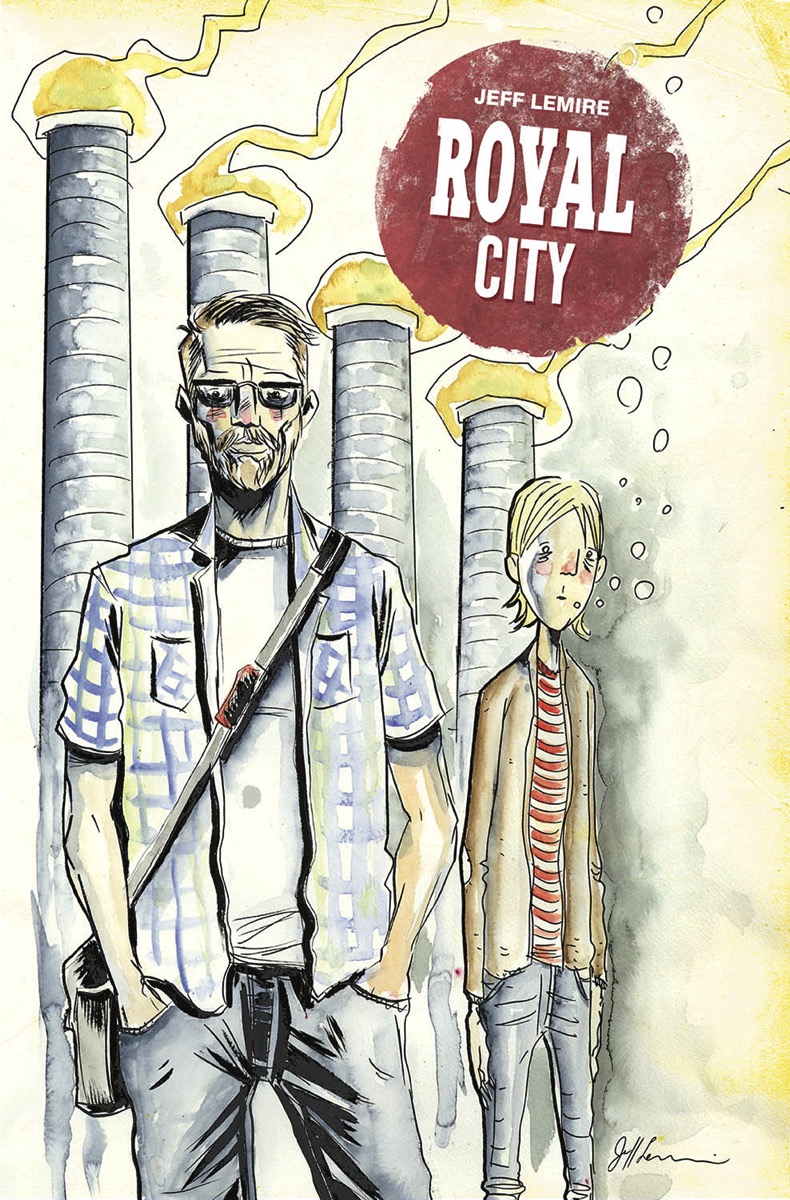 Jeff Lemire possesses a unique ability to empathize with his characters, regardless of their background and/or superhuman abilities. His run on Bloodshot (Valiant), Animal Man (DC) Moon Knight (Marvel) and others brought new depths of emotion and character to those books.

Even better are the original works of science fiction and fantasy (Sweet Tooth, Descender, Trillium) that Lemire has published over the years. As good as all those books have been, Lemire exceeds those heights of glory with one of his earliest works, Essex County.  Royal City looks to be a return to the themes of Essex County = impoverished country and small town life, rich with emotion and human drama.  Royal City centers around the lives of a troubled family and a vanishing town across three decades. 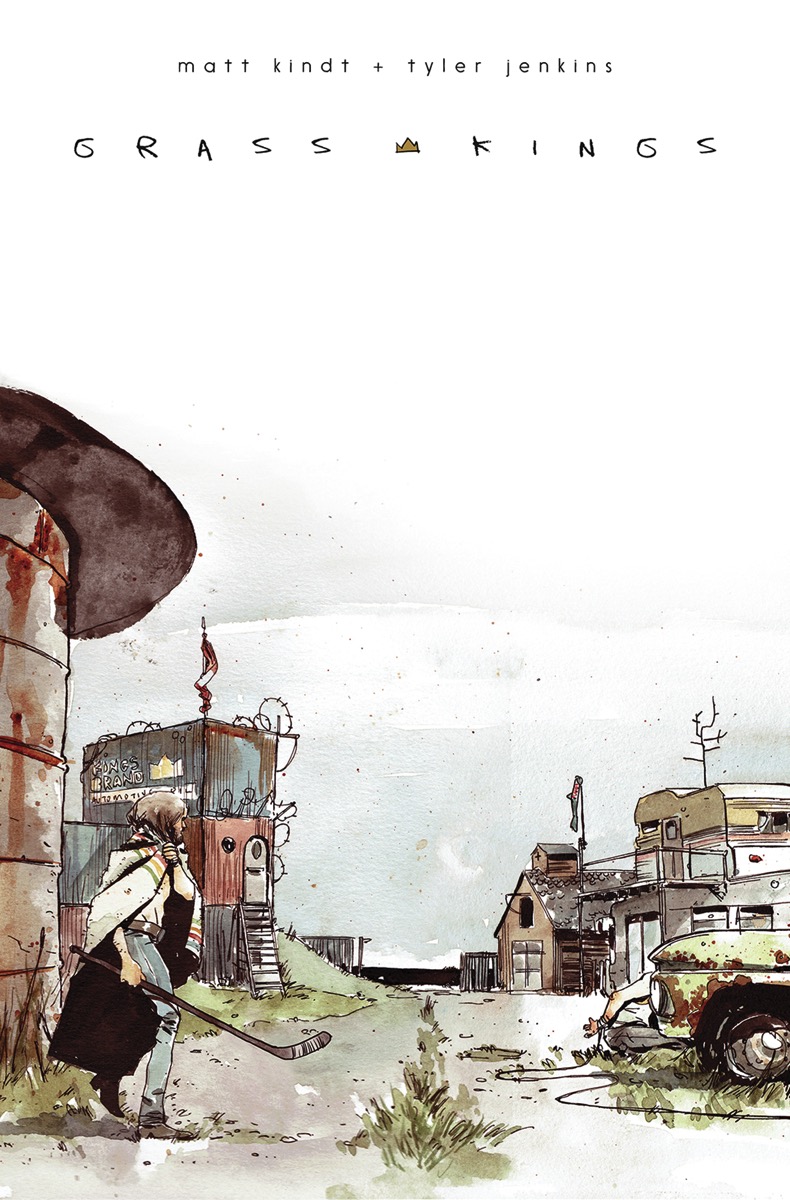 While we’re on the subject of small town life, Kindt and Jenkins have created a whole community of citizens from the fabric of imagination.  The early information on Grass Kings promises a combination fantasy/mystery series about a trailer park kingdom living outside of the establishment and a safe haven for weirdos and misfits.

Kindt, like Lemire, has also shown a knack for writing engaging tales of super-powered individuals. But he also excels at the original creations, which take things to an even higher level of mature comics writing.  Grass Kings seems like his attempt to blend some of the down-home writing style of Lemire into his work that must have rubbed off on him from their previous collaborations.  We look forward to seeing what he does with this.

EDITOR’S NOTE: Yep, that’s it!  The shortest Pre-Order Picks we’ve ever posted.  Just one 3-book bundle and 3 individual debut issues. We expect big things from all of these titles.