EDITOR’S NOTE:  More updates from Tyler James, ComixTribe publisher.  The process of creating and publishing indie comics can experience several delays when you’re not able to devote full time to the process, and have to rely on a day job for your income. Some insights from James below . . . . . . . .

I love talking about new projects, as I've been doing this week.

The CHUM trade collection is gorgeous and SINK is going to break records for us later this year...

But a lot of you have one question in mind...

What About THE RED TEN?

Many readers very first experience with ComixTribe came from picking up a little book called THE RED TEN, which is a superhero murder mystery in ten parts.

At cons, I pitch it as "How I Would Kill Off The Justice League if DC was CRAZY Enough to Let Me."

(They still are not.)

If you haven't read THE RED TEN, and that concept sounds at all intriguing, here's a FREE Download of THE RED TEN #1 to check it out. 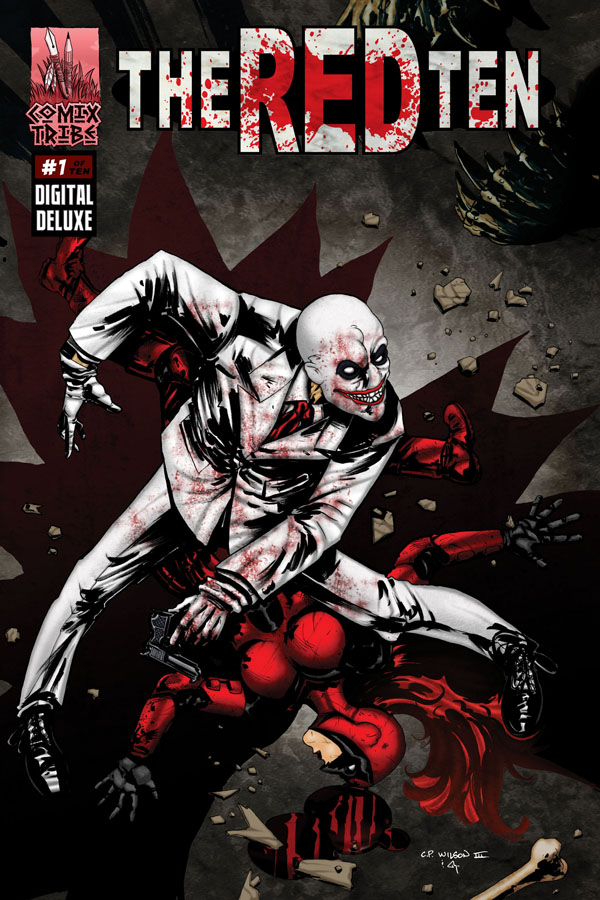 To date, 8 of 10 issues of THE RED TEN have been released... and many of you have been patiently waiting for the final two issues.

In fact, one reader wrote to me this week with skepticism:

Hard to believe that Sink will be monthly when fans are still waiting for Red Ten to finish...

As both the publisher and writer of THE RED TEN, I get that criticism.

And as a comic book fan who came up in the 90s when some of my favorite series took FOREVER to come out with the next issue, I get the frustration with book delays, too.

So, I totally understand that skepticism, even though the last four new series ComixTribe has released in the direct market (AND THEN EMILY WAS GONE, EXIT GENERATION, OXYMORON: THE LOVELIEST NIGHTMARE, CHUM) all came out monthly.

As a publisher, we made the commitment not to release any more new series in the direct market until they were 75% or more complete before issue #1 would even hit the stands.

However, for a legacy series like THE RED TEN, that wasn't an option.

In the world of small press comics, though we'd like nothing more than to be able to crank out books every single month, we don't always have that luxury.

In addition to writing and producing THE RED TEN, I have juggled numerous other projects and responsibilities over the past few years...

I hope many of you have enjoyed them, from ComixTribe comics and graphic novels, to the articles and resources for creators on ComixTribe.com, (http://www.comixtribe.com) to the ComixLaunch podcast  (http://www.comixlaunch.com), the C is for Cthulhu and Creature Cove children's books lines, and much more.

Likewise, Cesar Feliciano, co-creator and artist of THE RED TEN has steadily crafted this book while working full-time outside of comics and also fostering special needs children.

So as committed as we have both been to seeing the project to the end, it was never going to be a monthly book.

Recently, Cesar took to Facebook after completing the final page of the final issue of THE RED TEN. 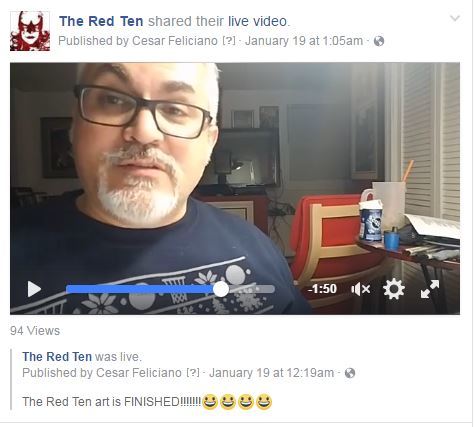 And earlier this month, we sent the solicit in for THE RED TEN #9 to Diamond.

THE RED TEN #9 will be in March Previews for May Release. 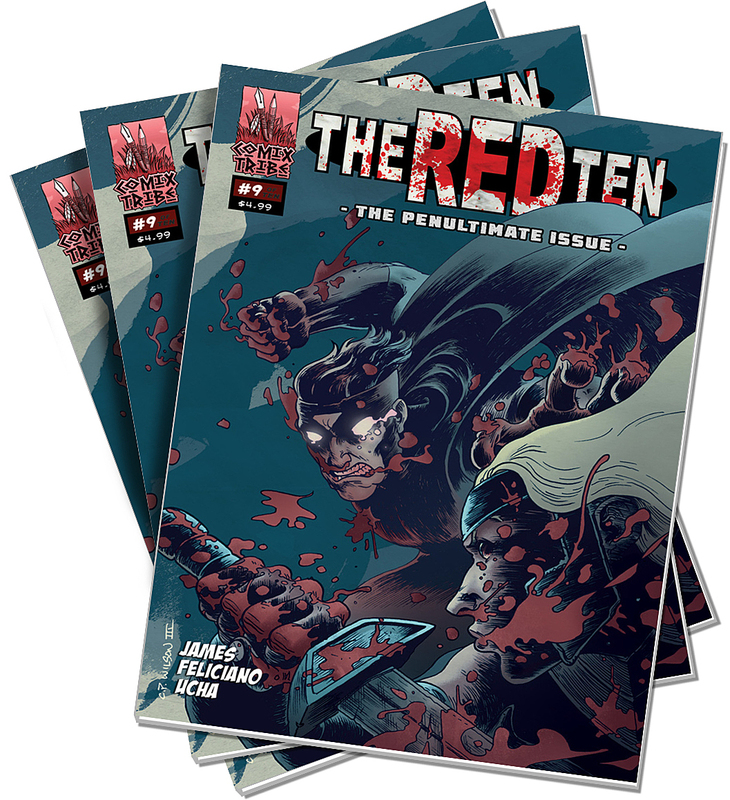 THE RED TEN #10 will be in the May Previews for July Release.

And then later this year, we'll collect the entire 10-Issue Series into an awesome, Ultimate Collection.

I know, for some of you, the wait has been far too long.

What I can tell you, though, is that I'm a better writer than I was when we began this story, and Cesar is a better artist as well.

We're incredibly proud of how this series concludes, and we can't wait to get it into your hands.