It was a cold night, but it didn’t stop the faithful from spending some time on the main drag in Oxford PA for the mon 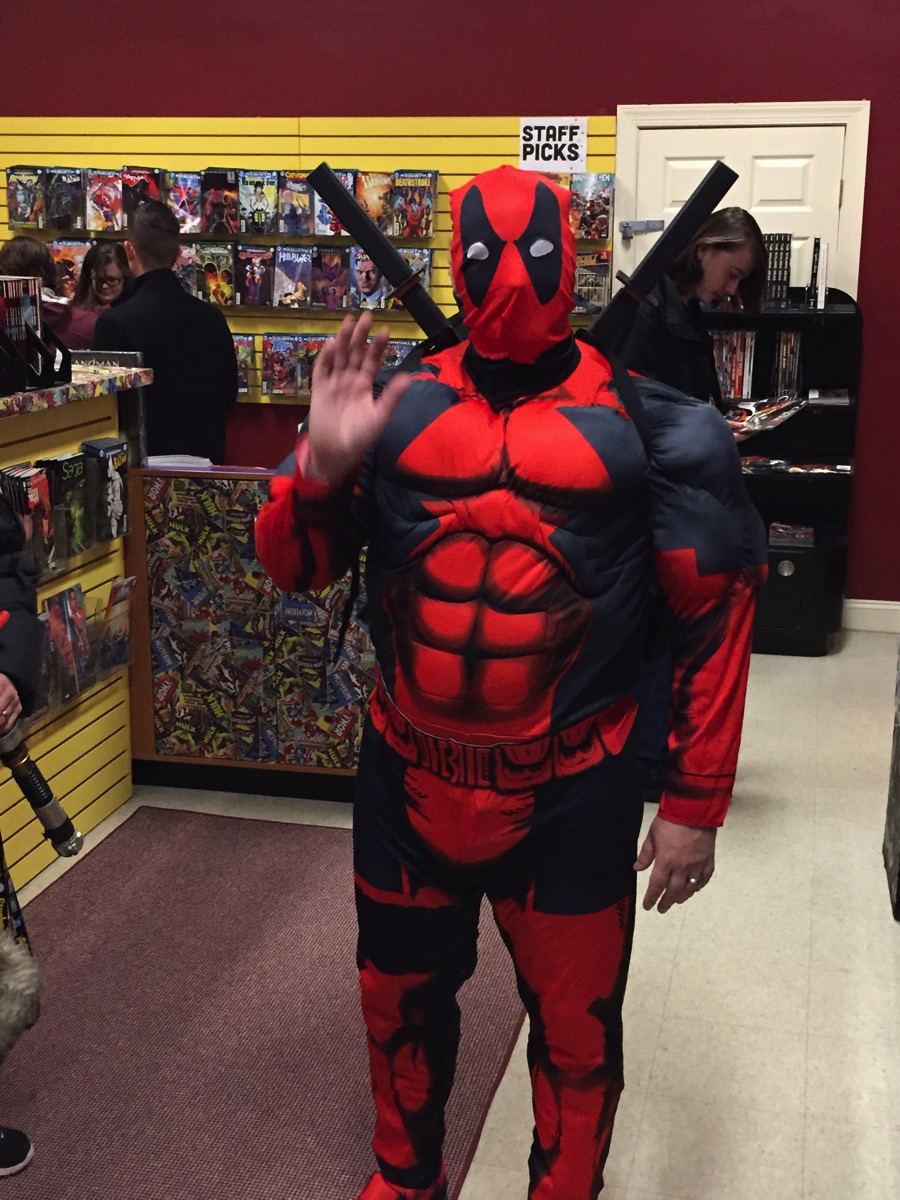 thly First Friday celebration.  This month, the theme was Super-Heroes and employees (and sometimes customers) at several establishments went along with the theme and dressed appropriately.  (We had our Batman tee shirt underneath our sweater but spared the innocent, only flashing it to friends.)

It was the perfect theme for the recently opened MAROON HORNET COMICS shop at 45 South Third Street in Oxford.  Owner Randy Grace employed the mercenary-for-money Deadpool as a store greeter, and local writer Greg Cox was in attendance, signing his new book.

The store is fully stocked now, and has an impressive assortment of comics, games, posters, and related toys and accessories.  Randy and Lori Grace are very friendly and happy to be able to provide a comics outlet in Oxford for local pop culture fans.

His most recent work is The Librarians And The Lost Lamp, published by Tor books, and based on the TNT television series.  A trilogy of novels is planned for The Librarians. The second book should be released early this year, with the third still in the outline stages.  Cox also has a short story appearing in Tales From The Forbidden Zone, an anthology of Planet Of The Apes stories to be released on January 24, 2017. 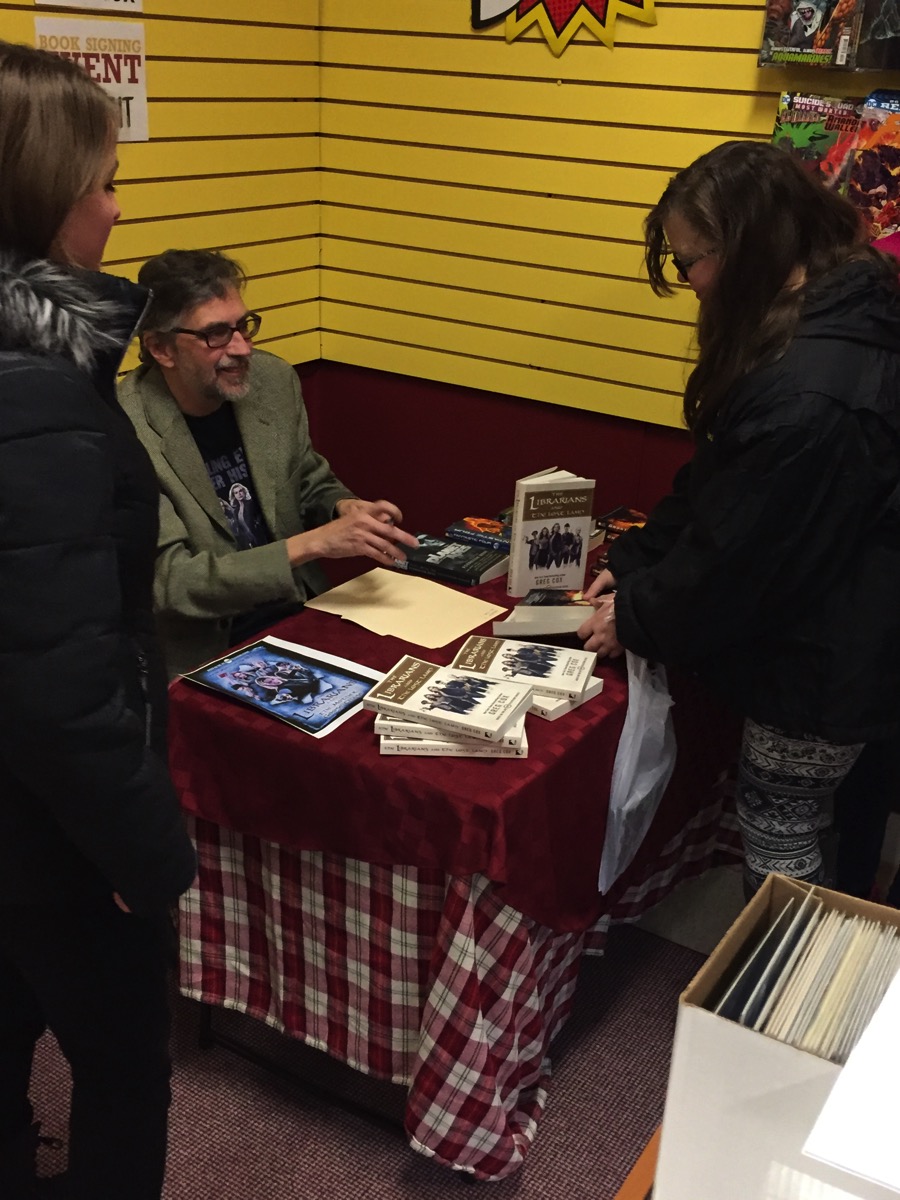