Nerdist hailed Alan Robert's debut as being "The World's Creepiest Adult Coloring Book" and it received critical acclaim in The Wall Street Journal, GQ, and BuzzFeed. The rockstar-turned-comics-creator follows up his Amazon #1 Best Seller with everyone's favorite undead girl Ghouliana, as she mischievously attempts to trick budding colorists into unleashing a deadly spell. Try and find the ingredients she's sprinkled throughout Robert's intricate pen and ink illustrations before it's too late! 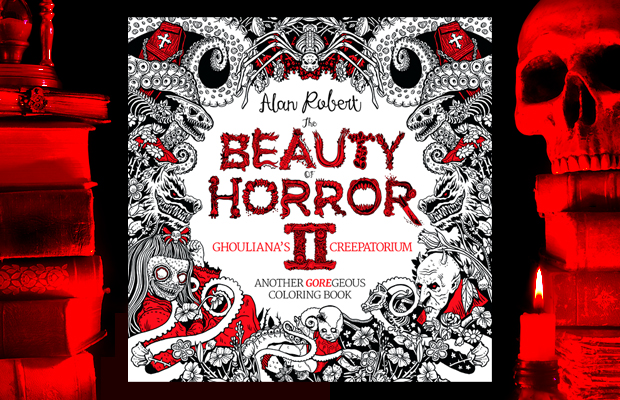 This ghastly follow up to the Beauty of Horror features over 80 pages of original artwork depicting a variety of increasingly terrifying scenes and patterns. Featuring a beautifully chilling red foiled cover and high-quality paper that will ensure the pools of blood you color don't leak through the pages, Robert and IDW have come together to present a deluxe coloring experience.

“I was completely blown away by the overwhelming response to the first book,” Robert says, “the amazing color work fans have been posting online inspired me to get crackin’ on volume two right away! And this time, Ghouliana’s got even more tricks up her sleeve.”

"Alan gave colorists around the world the creeps with his coloring book debut," says IDW VP of New Product Development, Jerry Bennington. “If you’re not still shaking from the first go round, there’s more gruesome images from his brain splattered onto the page for fans to color until their hair stands on end!"

The Beauty of Horror 2: Ghouliana's Creepatorium, Another GOREgeous Coloring Book by Alan Robert arrives in stores this September from IDW Publishing 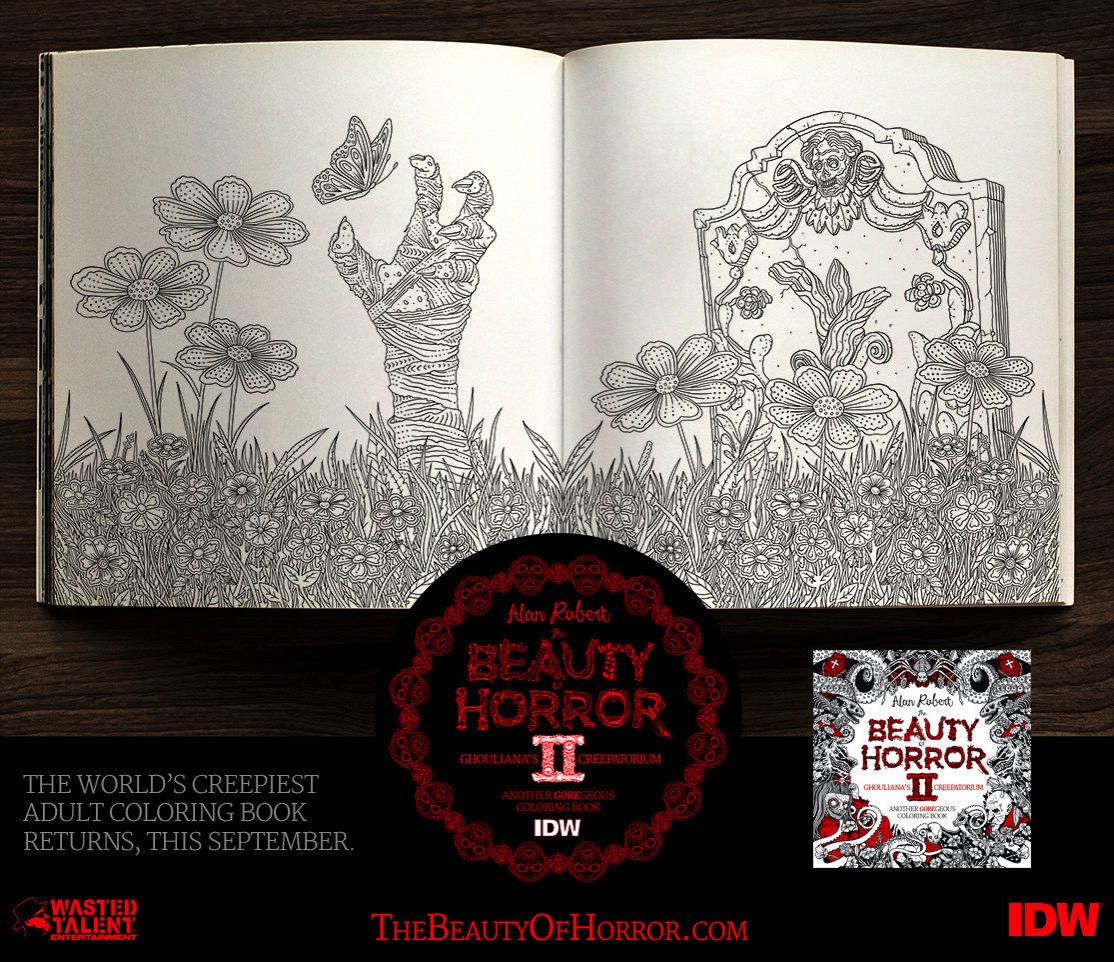 To pre-order the book now,

For more info head to: