THE DAMNED  was a sleeper hit in it’s original debut from ONI.  Bunn and Hurtt established the perfect blend of crime and the supernatural/demonic in a great story.  ONI wisely has re-issued the first volume in trade paperback as THE DAMNED, VOLUME1: THREE DAYS DEAD for just $9.99. That’s a great bargain, and marvelous reading value. 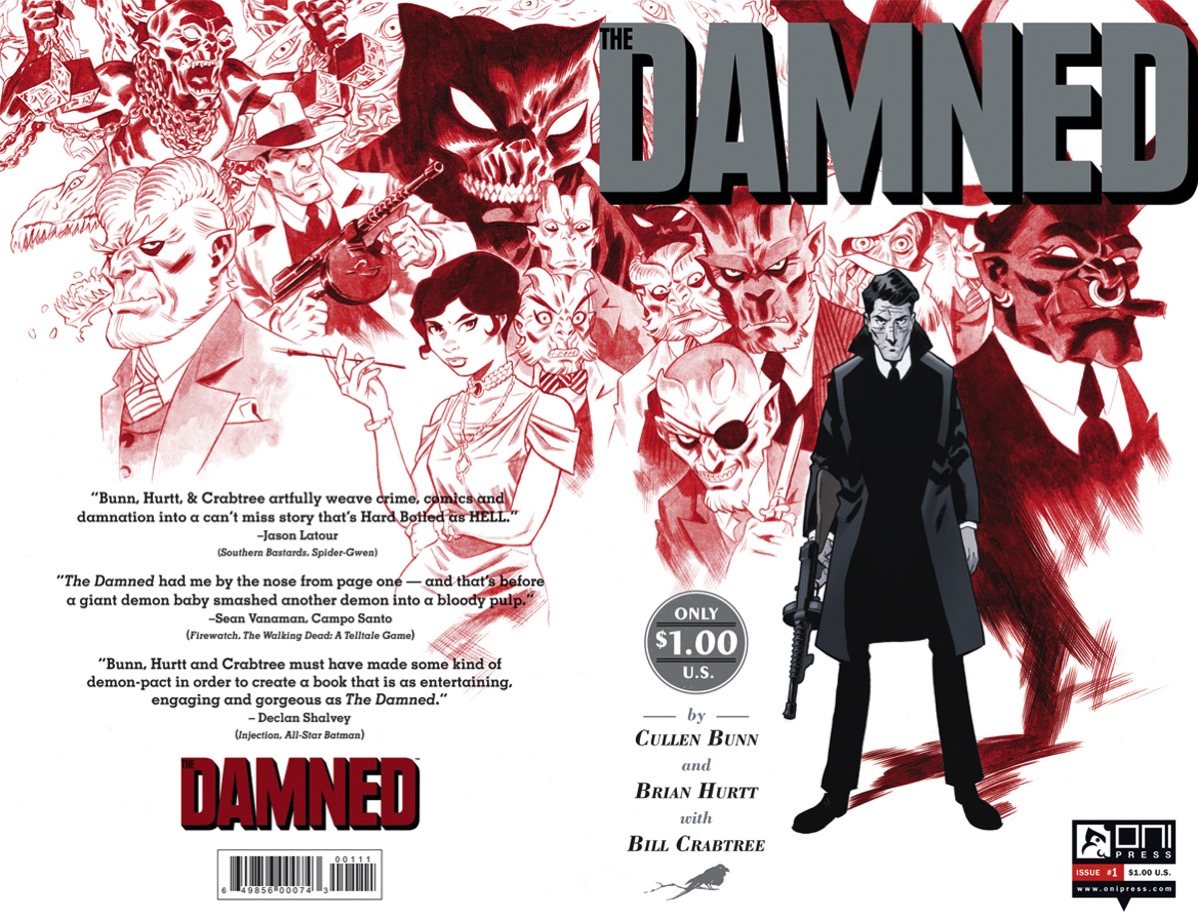 Now, the original creative team continues the story with a debut issue at the introductory price of only $1.00. If you’re assuming that comics shops will be ordering plenty of copies at that price and they will automatically have a good inventory on their shelves, then you’re a real gambler. I’m not sure at all that they’re going to order extra copies, considering this is not a big name publisher and this is not a mainstream super-hero storyline. But, even if they did order up on this one, what makes you think there will still be a copy for you by the time you get to the store?  That $1.00 cover price is really enticing. Best to hedge your bet by pre-ordering your own copy.

Here, courtesy of the PREVIEWS catalog copy is a summary of what’s in store for readers:

“ What  In a Prohibition-era world, where demonic princes pull the strings that make crime families dance, Eddie is a mortal with two things working for him.

First of all, he can’t die.  Well he can and does, quite often, but he doesn’t stay down for long.  Second, Eddie runs the Gehenna Room, a nightclub with a strict  ‘no demons allowed’ policy.  But blessings and curses don’t look all that different tese days, and failing to tell the two apart can get a guy killed — over and over again in Eddie’s case.

So when one of Eddie’s old pals shows up seeking sanctuary, Eddie knows he’s in for a double-cross, and that means walking the line between salvation and damnation once more.” 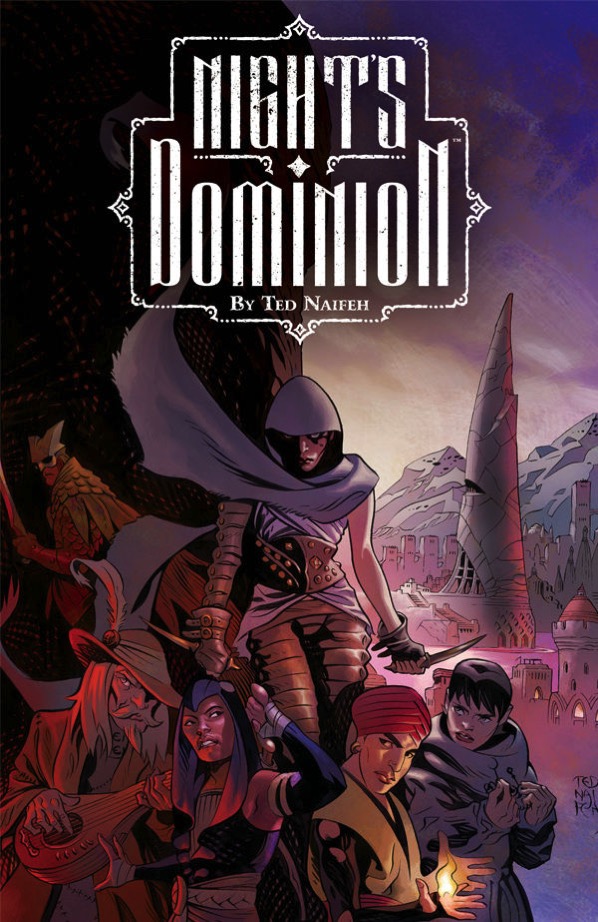 Another great reading value for $9.99!  Who knew that the creator of the best-selling COURTNEY CRUMRIN young adult comics had a mature sword-and-sorcery tale under his belt.  Both plot and character are above average in this book — and if you missed it first go-around (probably because there were only a few copies or none at all on comic store shelves) then here’s your second chance. Don’t roll the dice — just pre-order it!

“A thief, an assassin, a mage and a cleric walk into a tavern in the ancient city of Umber.  Awaiting them is a mysterious bard with a dangerous scheme to break into the dungeon of a powerful death cult in search of treasure.

For these five disparate criminals, it’s the last chance for hope in a city of corruption and despair. But what they find instead is an undead army preparing to conquer the world.  Now, they must fight to protect the city that pushed their backs to the wall, or watch it burn.”