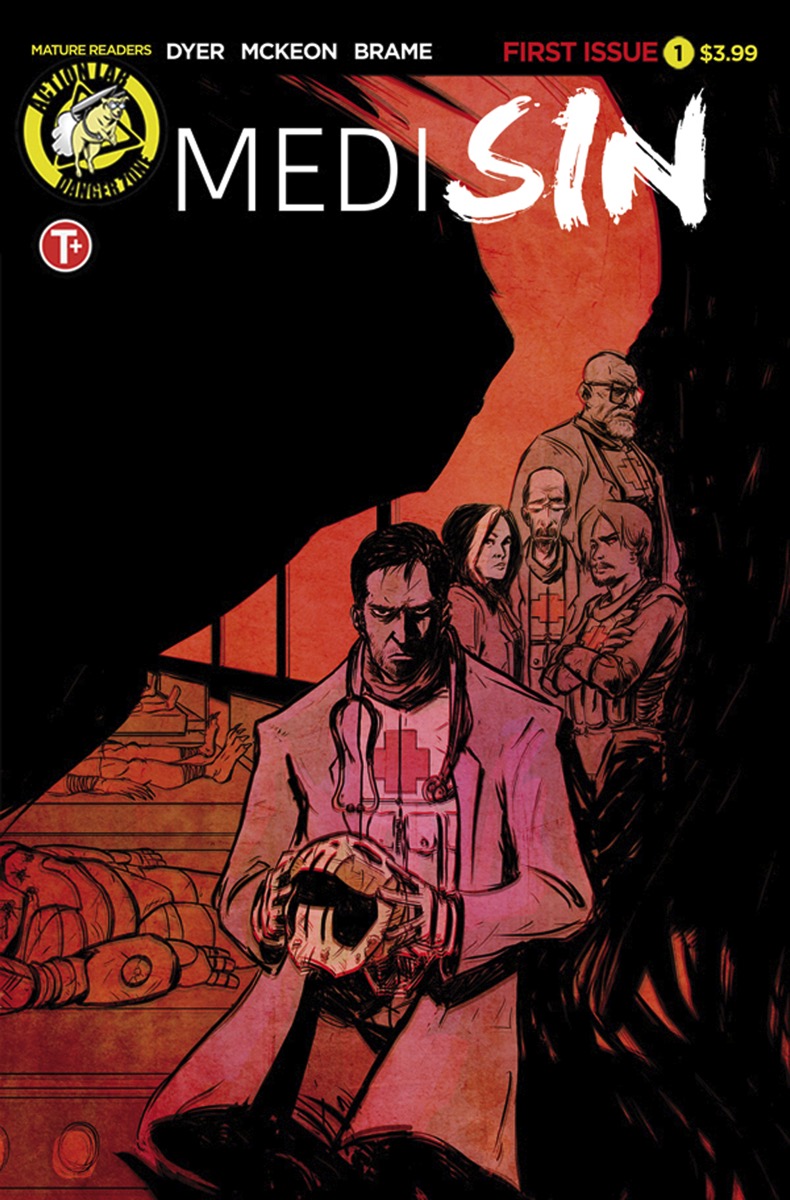 MEDI SIN got its’ start as a successful Kickstarter campaign in 2015, exceeding it’s start-up goal with over 90 backers. Now, it’s an ongoing series (six issues in the initial run) from Action Lab Comics.

A health care plan for super-villains? Founded by a criminal with unscrupulous methods to keep his employees in line.  We like the concept and recommend this for any reader looking for unusual concepts and different spins on the tried and true.

“First Do No Harm Chapter 1:  Criminal mastermind Malady has recruited a team of down on their luck physicians to provide medical aid for the world’s worst bad guys.

Led by the brilliant Ethan Sharp, the blackmailed doctors struggle to uphold their own ethical codes (or lack thereof) in violent and confusing batlefields. And when one doctor goes rogue, the rest learn a terrifying lesson from Malady.” 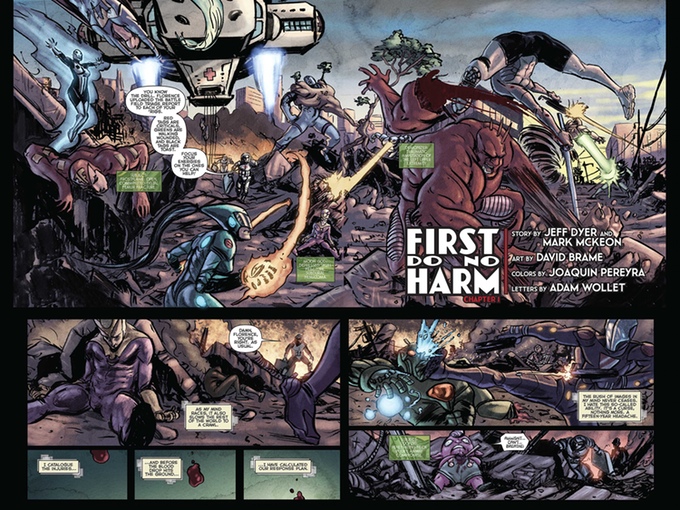