San Diego, CA (March 31, 2017) – IDW Publishing has been proud to publish award-winning artist Gabriel Rodriguez’s work over the years, and it is with great honor and excitement to announce that he will be launching his first creator-owned series as writer and artist, Sword of Ages, in October. 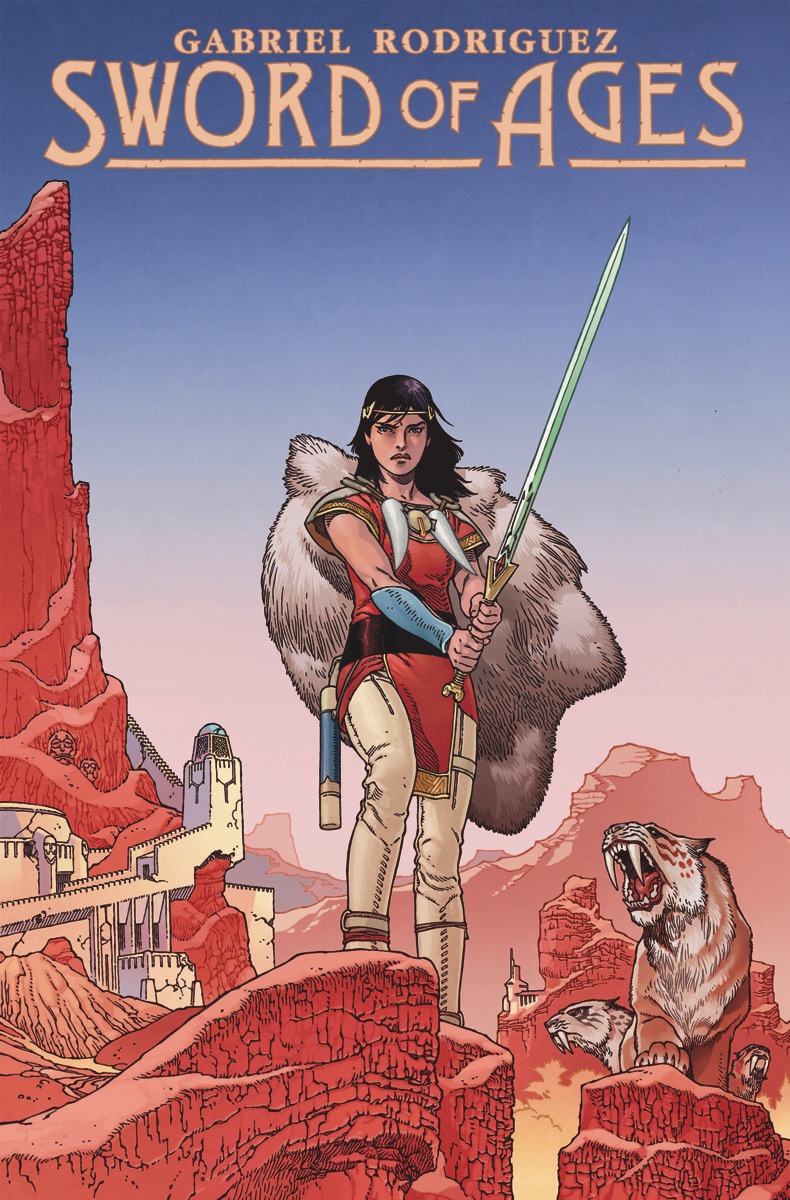 Rodriguez’s history with IDW is nearly as long as the company’s comic-publishing history itself; he broke into American comics as the artist on multiple CSI miniseries, and moved from movie adaptations such as Land of the Dead and Beowulf to an extended adaptation of Clive Barker’s epic novel, The Great and Secret Show. But it was work on the award-winning Locke & Key, co-created by Joe Hill, that really vaulted Rodriguez into the artistic stratosphere.

Sword of Ages will mark Rodriguez’s comic book debut as the sole creator on a series. He’ll be joined on the title, planned as a series of miniseries, by acclaimed colorist Lovern Kindzierski.

“I’ve been daydreaming about this world, these characters, and this tale for over two years. It’s admittedly daunting to fully write and draw a story of my own for the first time,” said Rodriguez. “It’s both an incredible opportunity and a tremendous responsibility so you want to try your best to make it right. Therefore, I’m pouring everything I love about comics into it; mythology, adventures, and appealing human stories. From the myths of Hercules, Gilgamesh, and King Arthur to stories from Bradbury, Moorcock, Foster, and Jodorowsky/Moebius, I want to make this my love letter to fantasy/sci-fi adventures. To have the chance to finally do this story with my friends from IDW Publishing, teaming with my longtime friend and editor Chris Ryall, and collaborating with coloring artist legend Lovern Kindzierski is beyond my wildest dreams as I would never dare to dream an opportunity as amazing as this exists.”

Sword of Ages presents an all-new vision of the Excalibur myth in the form of an epic, 5-issue space fantasy. The everlasting legend of the Sacred Sword is born through young warrior Avalon’s brutal clashes with rising tyrants in a world of fantastic creatures, ancient civilizations, alien forces, and true magic.

“I’ve been Gabriel’s editor for over a decade now, as well as his creative partner on a couple of his series,” said Chris Ryall, IDW’s Chief Creative Officer, “so I’ve been lucky enough to have a first-hand view of Gabriel’s amazing progression as an artist over the years. Gabriel’s long been a valued member of IDW’s family and it's a thrill to see him come into his own as a writer and world-builder as well as one of the most diligent and talented artists working in comics.”

This Sword will be [written and] drawn this October!