A recent development in leisure time reading-for-entertainment purposes is the introduction of BookShots from the prolific best-selling author James Patterson.  The intent is to produce quick paced thrillers or romance stories (co-written with various authors) of 150 pages or less and market them for $5 a pop. Quick reads, instant entertainment.  I’ve yet to sample any of these, so I can’t verify the quality or value. But the idea is intriguing, reminiscent of the mass-produced short pulp novels in the times before television came to dominate at-home evening entertainment.

As I read BLOOD MOON, BIG TOP it reminded me of the BookShots concept. Why not produce something like this for the horror genre?  Toneye Evenot gives us a glimpse of what the future may hold in his short, fast-paced 68-page (in Kindle edition) novella.

It’s a simple story with a straightforward plot. Evenot gets to the heart of the matter by page six, when his main character is bitten by a savage boy while walking through a wooded area.  After a two-day sleep-off, Marbles begins his slow burn of a transformation into a feral beast, motivated strictly by the need to feed on human flesh, before his final transformation into a full-fledged werewolf.

Kendrick was a drifter, until he gained employment with a traveling circus and became Marbles The Clown.  Readers learn only a modicum of background detail about Kendrick/Marbles in the first chapter, and Evenot does not reveal very much more in the course of the story, which left me with the impression that he didn’t care to elaborate.  It made it difficult for me to empathize with Marbles, and the end result was that I didn’t root for him or even care what happened. Just when it seems as if Marbles is going to have second thoughts or even show some remorse or guilt, the need to feed takes over and cancels out any trace of humanity.

What Evenot does elaborate on and draw out are the gruesome and viscious depictions of the rending and tearing of human bodies. These are detailed bluntly and are quite revolting, often shocking in Marble’s menu choices.  But without that characterization, other than the sole motivation to feed, his murderous rampages become repetitive and tedious.

I would have liked to learn more about the feral boy and how he came to be infected, but no further background is provided. It seems as if the sole purpose was to serve as the vehicle for Marble’s transformation, and nothing more.  Also, Marbles obsession to return to the circus is not satisfactorily explained to the reader. If he was completely dominated by blood lust, his travels wouldn’t make any difference to him. One place is as good as another to find your next meal. 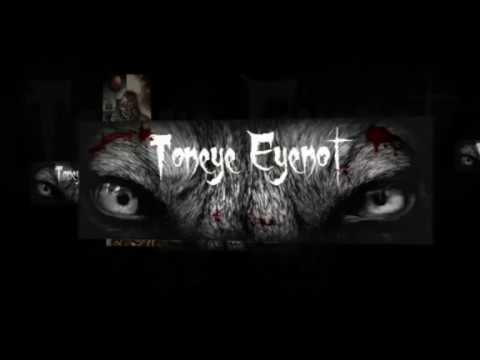 BLOOD MOON, BIG TOP plays out as if the author was relating a scary campfire tale to us. It’s one event after another, until it reaches the end and the story concludes as expected, with no last-minute twists or turns to surprise us.

There is some merit in a short, fast-paced horror tale for those who crave pure escapism for entertainment.  However, if that was the sole intent of the novella, it suffers from repetitive sentences and feels padded in places.  It might read better as an even shorter, 50 page story.

DISCLOSURE: I was given a free digital copy by the author in the hopes of an honest, unbiased review.