EDITOR’S NOTE:  Aftershock Comics continue to impress with their diverse mix of genres and themes. We were sold on trying out these two titles based on the series descriptions alone. But check out the creative teams.  These are comic veterans with some impressive credentials working on these two books. We’ll let the Aftershock website summaries tell you the rest . . . . . 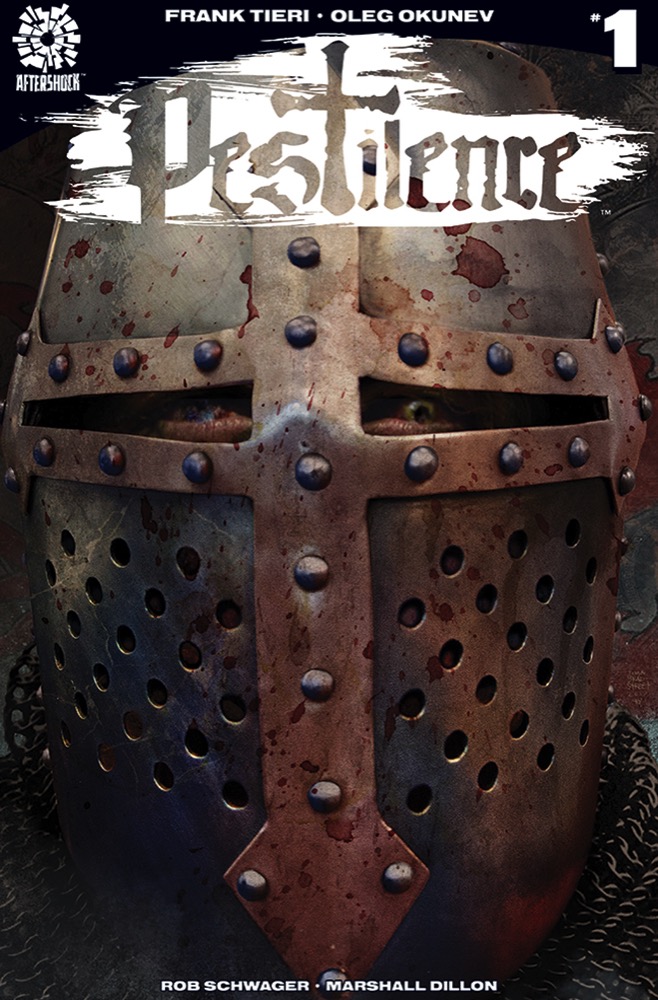 “It’s the late 14th Century, and a Great Pestilence — the ‘Black Death’  — is sweeping across Europe, killing over 100 million people.

But what if history as we know it was a lie?  What if, in reality, this was no straightforward  plague, but the first non-recorded Zombie Infestation of man?

Ex-Crusader Roderick Helms and his fellow ‘black ops’ agents the Church, Fiat Lux, must see out the cause of this undead outbreak and vanquish it before making ceases to exist. 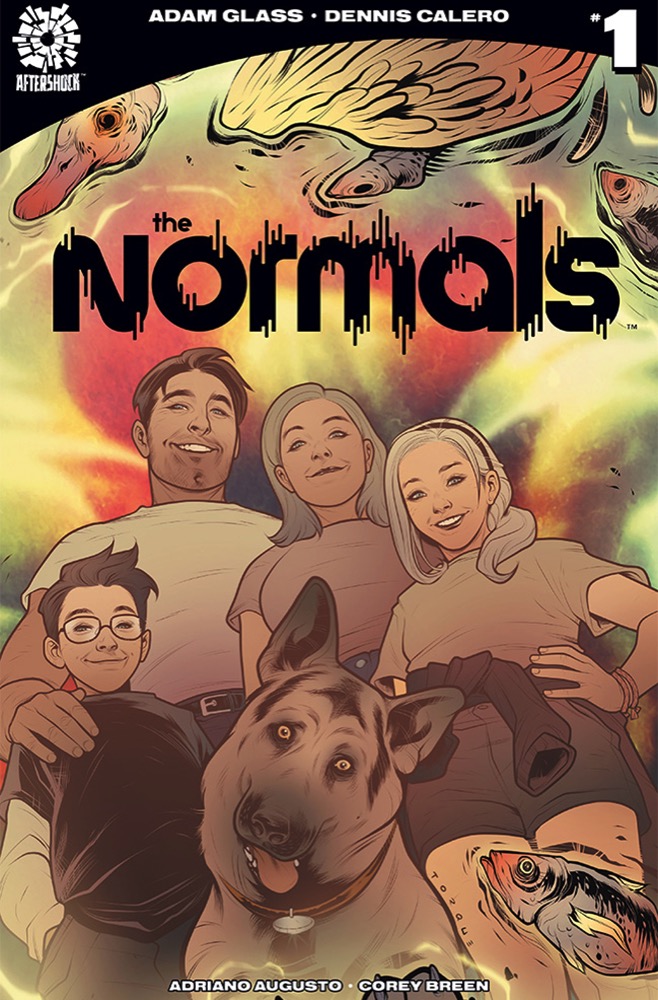 But it is real to you and you now must fight to save it and everyone you love  But to o that, you first have to save the world.

Welcome to THE NORMALS, an exciting new rush-of-blood-to-the-head series.  Created and written by Adam Glass (executive producer of Supernatural & writer of Suicide Squad) with art by Dennis Calero (X-Men Noir).”