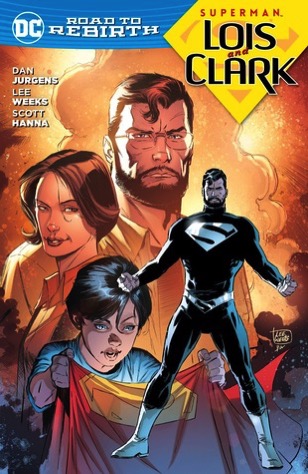 If you haven’t read any of the DC: REBIRTH titles and are curious to explore the rebooted DC universe, this is the absolute best place to start. DC wisely slugged the trade paperback edition with a banner that proclaims “Road To Rebirth”. SUPERMAN: LOIS AND CLARK puts things in a better perspective as far as the other versions of Superman are concerned. But, first and foremost it’s a great story, and a very compelling one that fans of Superman (and classic storytelling) won’t want to miss.

This is the best work that I’ve read from Dan Jurgens since he wrapped up his long run on THOR back in the early 2000’s.  If all the DC:REBIRTH titles were as good as this, we’d go broke trying to buy them all.  Fortunately for our wallets and unfortunately for readers - - not all of the Rebirth titles are written by Jurgens.  That’s too bad, as he certainly knows how to tell a good heroic action/adventure tale as well as explore the humanity of his characters in great depth.  The only writer at DC I can think of that follows a similar path is Peter Tomasi.

Without trying to get too specific or too complex about this subject (DC, you built this trap - - you work your own way out of it! ), in current continuity there are 52 separate worlds that make up the DC universe.

The planet Earth before the advent of DC’s New 52 no longer exists. On that former world, Superman/Clark Kent married Lois Lane.  They both managed to escape during the Flashpoint/Convergence events, and have a young child, the properly raised Jonathan (you’ll love this kid). 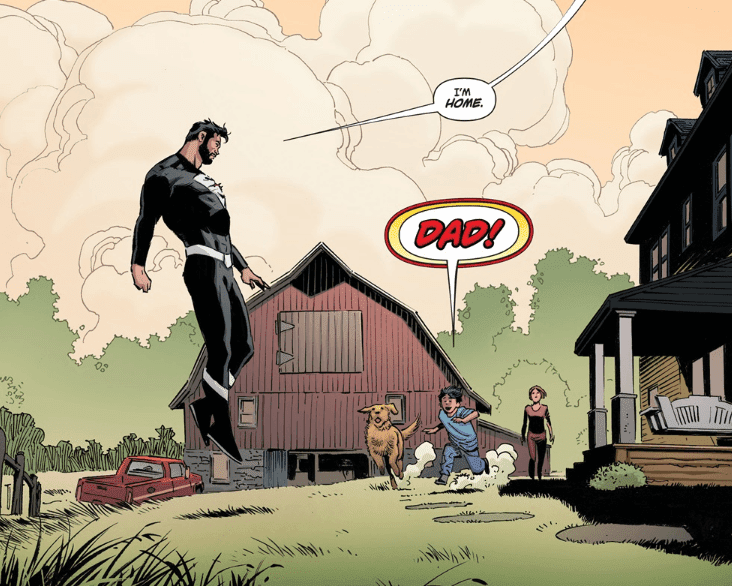 Some years back, they quietly traveled to the current New 52 version of Earth, and settled down in the country to raise their son (still a baby at this point). They’ve decided to continue to work their personal missions, but in secret.  Superman (Clark White - - they changed their last name to avoid identification with the other Clark Kent, etc) flies under the radar while preventing natural disasters and catastrophes.  Lois continues as a reporter, exposing the criminal organization Intergang in a non-fiction book written as Author X.

The underlying question of the entire eight-issue run, which achieves an incomplete yet satisfactory answer in the finale is = has the time come for the original Superman to come out of hiding and reveal himself?

STORY: There is a lot to entertain and hold the attention of readers as Jurgens explores the personal demons of not just Clark/Superman, but Lois and young Jonathan as well.  3 POINTS.

ART: There’s a stable of artists that worked on this book across the eight issues, but the primary work is done by Lee Week — and it’s great. From action to emotional moments he gets it all right.  3 POINTS

COVER:   The covers are well done, and all are featured within the trade paperback.  2 POINTS.

READ AGAIN?  Yes. While some diehard Superman fans may quibble with the handling of certain situations, they will seem minor or un-noticed by less readers less familiar with the vast Superman mythos. I’m certainly satisfied with this treatment, and feel it’s a great jumping on point for all readers, new and old. There are so many sub-plots (all relevant to the story) that additional reading is warranted. I’ve read this trade paperback three times before I loan it to a friend. Might read it again when I get it back.  1 POINT.

TOTAL RATING: 10 POINTS.  Others may argue, but it’s close enough to perfect for me.  A good example of what DC is capable of when the artist and writer are the right choice, and work together to tell a compelling story that respects what has come before. Check this out, as you’re not going to find this type of quality by randomly picking up DC titles.