Book Review: The Rage Of Cthulhu

Readers familiar with H. P. Lovecraft’s cosmic horror stories will be comfortable within the cozy confines of the new Cthulhu novella THE RAGE OF CTHULHU by Gary Fry.  Fry provides a sequel to Lovecraft’s “The Call of Cthulhu” (first published in 1928) that also serves as a chilling standalone story. 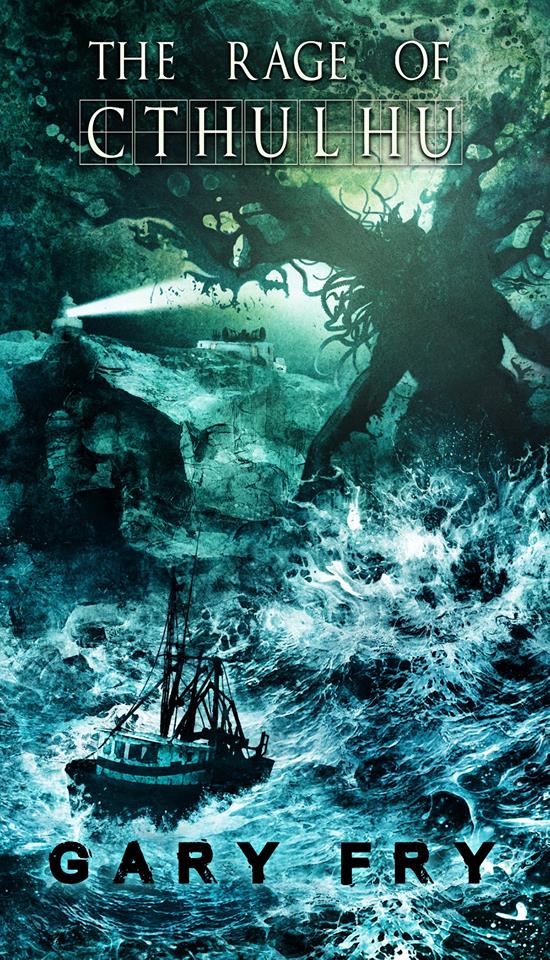 Fry’s update is told in a narrative style that moves fluidly from chapter to chapter.  It’s an account of individual exploration and discovery leading to a horrific encounter, similar to the style that Lovecraft so often employed, but minus the purple prose of the times. Fry is respectful of the source material, and the spirit and tone of the story mirror Lovecraft’s themes.

In the original story, a Norwegian crew lose their ship while sailing near Australia, and discover the uncharted island of R’lyeh.  An ancient Great Old One sleeps here while awaiting resurrection. The crew accidentally release Cthulhu, a massive god-like being with powerful tentacular features, who is worshipped in secret by several worldwide cults.  Only one crew member, Gustaf Johansen, survives and his manuscript detailing the encounter is later discovered and investigated.

Fry’s protagonist is George Cox, a social psychologist nearly 60 and ill from a brain tumor that will eventually kill him. Along with his wife Christine, he is on a global holiday during his remaining days.  He becomes intrigued by a discovery during the beginning of their world tour, along the north-east coast of England.  Next to a lighthouse, he inspects the damaged wall of an abandoned building that used to house the fog horn machinery. Massive damage has occurred, traced back to a nasty 1975 storm. Cox doubts the official story of land subsidence as the cause, and begins his research into the incident.

Through whispered stories in dim pubs, he hears of a monster attacking the building during the storm. Later, he learns of fog house employee Jens Amundsen, who came upon a copy of the Johansen manuscript and began to trace pentagrams on the floor and use rituals to summon an Old One.

Fry cleverly links events to a 50-year cycle, traced back to the original story.  When the stars are in the proper alignment, and the correct incantations are spoken during the proper rituals, Cthulhu will rise again.  That’s what happened in 1925 in The Call of Cthulhu, in 1975 in The Rage of Cthulhu, and later in 2025 when this story concludes.

Cox’s pursuit of the truth continues during his global vacation, and he somehow uncovers evidence everywhere they travel.  He begins to have dreams, unexplained lapses of memory,  and semi-conscious spells. During these spells he begins to speak in the Old language.

Every clue he uncovers acts as a lure, bringing him closer and closer to an encounter with Cthulhu. His wife thinks his behavior is a condition of his illness, and doesn’t try to interfere. Even though regular readers of Lovecraft can anticipate the ending, it doesn’t alleviate the accelerating tension and suspense of Fry’s tale.

The Rage of Cthulhu is a worthwhile sequel close enough in style that it will evoke memories of classic Lovecraft tales. I’d love to see Fry write more sequels to these stories in the future.