Books: Gothic Super-Heroes in THE ORDER OF THE BLACK SILK

Noted author Kimberly Richardson weaves her unique dark magic as a writer with the first volume in a trilogy introducing what may truly be a new subgenre - Gothic Super heroes.  THE ORDER OF THE BLACK SILK is available now in print and digital format. 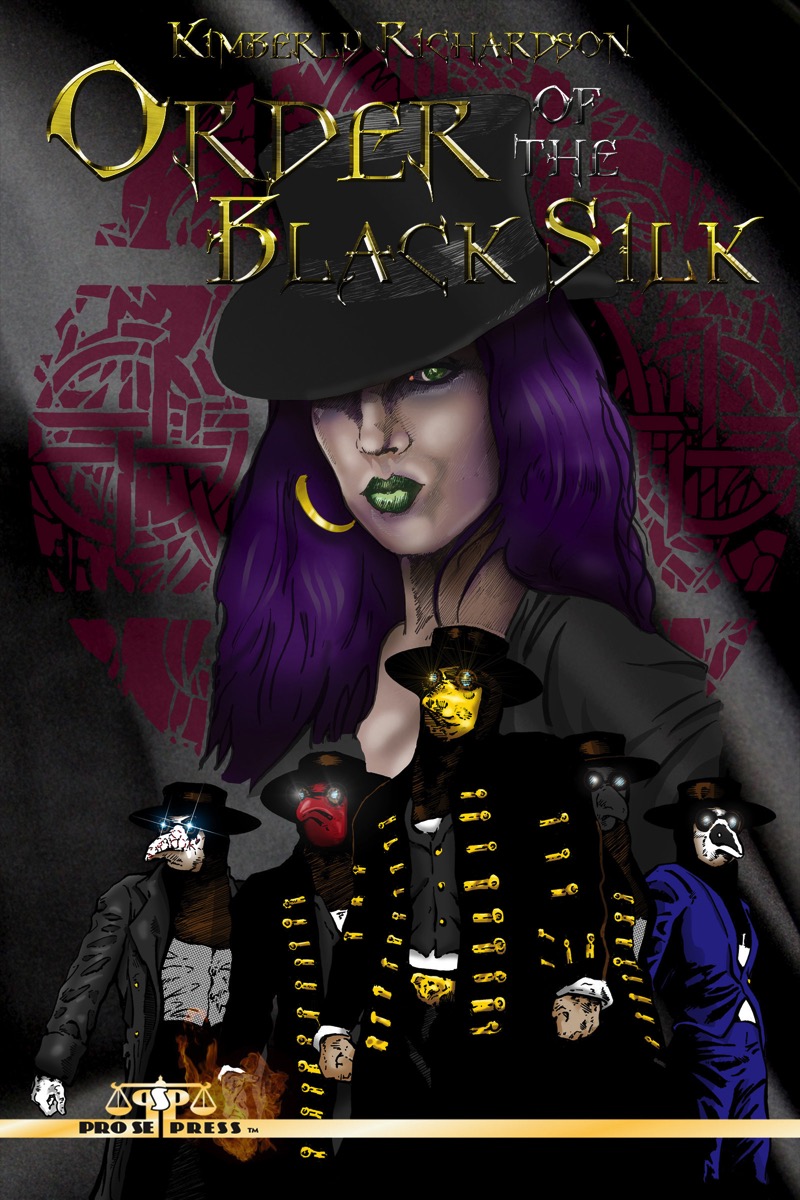 “What Kimberly has done,” says Tommy Hancock, Editor in Chief of Pro Se Productions, “is basically come up with one of the most wholly original concepts I’ve seen in a long time.  And, it’s just possible she’s at least a pioneer, if not the inventor of Gothic Super Hero Pulp.  Her five central characters are definitely Gothic in nature, and unlike others who might be listed as such, like Batman or The Shadow, The Brothers of the Order have their roots in so many aspects of what is considered Gothic in all sorts of ways.  This is the best work Kimberly Richardson has ever done and Pro Se is proud to have this series.”

Once Pestilence walked the Earth with impunity…and Her five monstrous generals led Her charge, spreading sickness and devastation before Her. Then She created the Black Plague, and no longer could these men turned powerful abominations stand their Mistress’ actions. They betrayed Her, with assistance from Her brother, Death, and She was imprisoned, but not before cursing Her five minions. No longer did they cause destruction. Their eternal damnation was now to heal.

The five became known as The Order of the Black Silk and found their way to the Other Side of the Veil, the world existing within and outside our own at the same time. There, they established the city of Cinis and creatures of all sorts came to be wondrously healed by the hellish beings. And many stayed, settled in Cinis, and found peace in the shadow of The Brothers.

But now, something depraved has come to Cinis. Things once living and robust, now nearly dead and emaciated, all with the same foreboding warning -t hat She is coming and with Her comes Salvation. The Order of the Black Silk is now faced with uncovering what evil has been visited on their city and dealing with the one fear all of them have harbored forever…the possible return of Pestilence.

THE ORDER OF THE BLACK SILK is the first in a trilogy of digest novels from author Kimberly Richardson, exploring how darkness can be made light and even in the brightest moment, darkness can fall like a death shroud. With artwork by Rick Johnson, this volume will take you places you never dreamed existed, or may have found only in your nightmares.

With a fantastic cover and stunning interiors by Rick Johnson and logo design and print formatting by Marzia Marina and Antoino Lo Iacono, THE ORDER OF THE BLACK SILK is available now at Amazon at

and Pro Se’s own store at

This first book in a new trilogy is also available as an Ebook, designed and formatted by Marina and Lo Iacono for only $2.99 for the Kindle at

and for most digital formats via Smashwords at