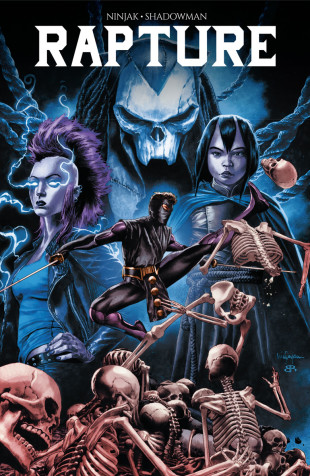 Shadowman remains one of my favorite Valiant characters, but I suppose sales aren’t strong enough to support an ongoing series. I appreciate that Valiant isn’t going to let us completely forget about the character, as they continue to feature him in story arcs of other titles and also in these cool limited series.

RAPTURE is a stand-alone event, so it’s not necessary to be reading NINJAK or previous Shadowman appearances.

RAPTURE promises a massive battle on a dimensional landscape between otherworldly armies and mystics for control of a prominent tower. One side includes a new character, young mystic Tama, who joins forces with Ninjak, Shadowman, and Punk Mambo (great to see her again!).

Writer Matt Kindt knows how to play these events out and promises an epic tale with echoes of Tolkien.  Artist Cafu is just flat-out incredible and I can’t wait to see his work on this. Writer Venditti did a fantastic job on the short-lived WRATH OF THE ETERNAL WARRIOR, showing us a side of Gilad Anni-Padda that hadn’t been revealed before — family man.

It’s great to see him get another opportunity to write this character, in the second of four stand-alone specials celebrating the 25th anniversary of the Valiant character.

Here’s a story that’s rather timely, considering the amount of media attention devoted to Russian influence on American affairs. Did the Valiant braintrust somehow have a crystal ball when they conceived of this storyline? Or were they influenced by outside forces? Let the conspiracy theorists ponder that. I’d rather write about the comic.

This is such a goldmine of story possibilities. But, Valiant wisely confined it to a four issue limited series and a few spin-off stand-alone issues.  Thanks for not employing the over-saturation of ideas and loading us up with unnecessary filler.  This is stronger because of the brevity.

In Divinity III, the Soviet Union is a huge superpower and rules the planet, an Earth constantly at war.  What did the 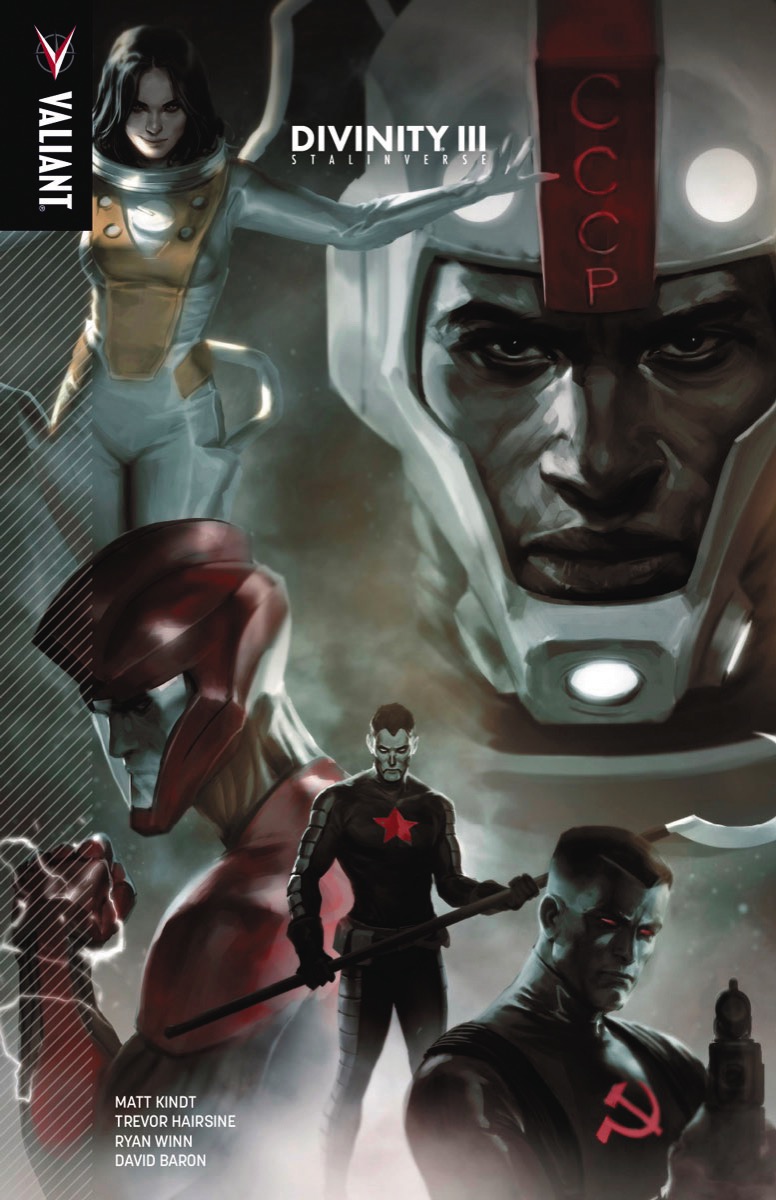 returned cosmonaut and now-missing Abram Adams have to do with it?  I’m a late-comer to the Divinity series but have been loving every minute of reading it.  You may expect an overview of the entire run to appear on this blog sometime in the near future. If you didn’t buy the individual issues, then you don’t want to miss this.