By pghhead - December 28, 2016
EDITOR’S NOTE:  Don’t forget to pick up your copy of the JANUARY 2017 PREVIEWS today at your local comic shop. You’ll need it to follow along with our Pre-Order Picks as well as help out your local shop by letting them know what you want to purchase in March of 2017.  As if you needed any additional incentive, there is a fabulous insert with a sneak peek at the X-O MANOWAR #1 coming from Valiant. 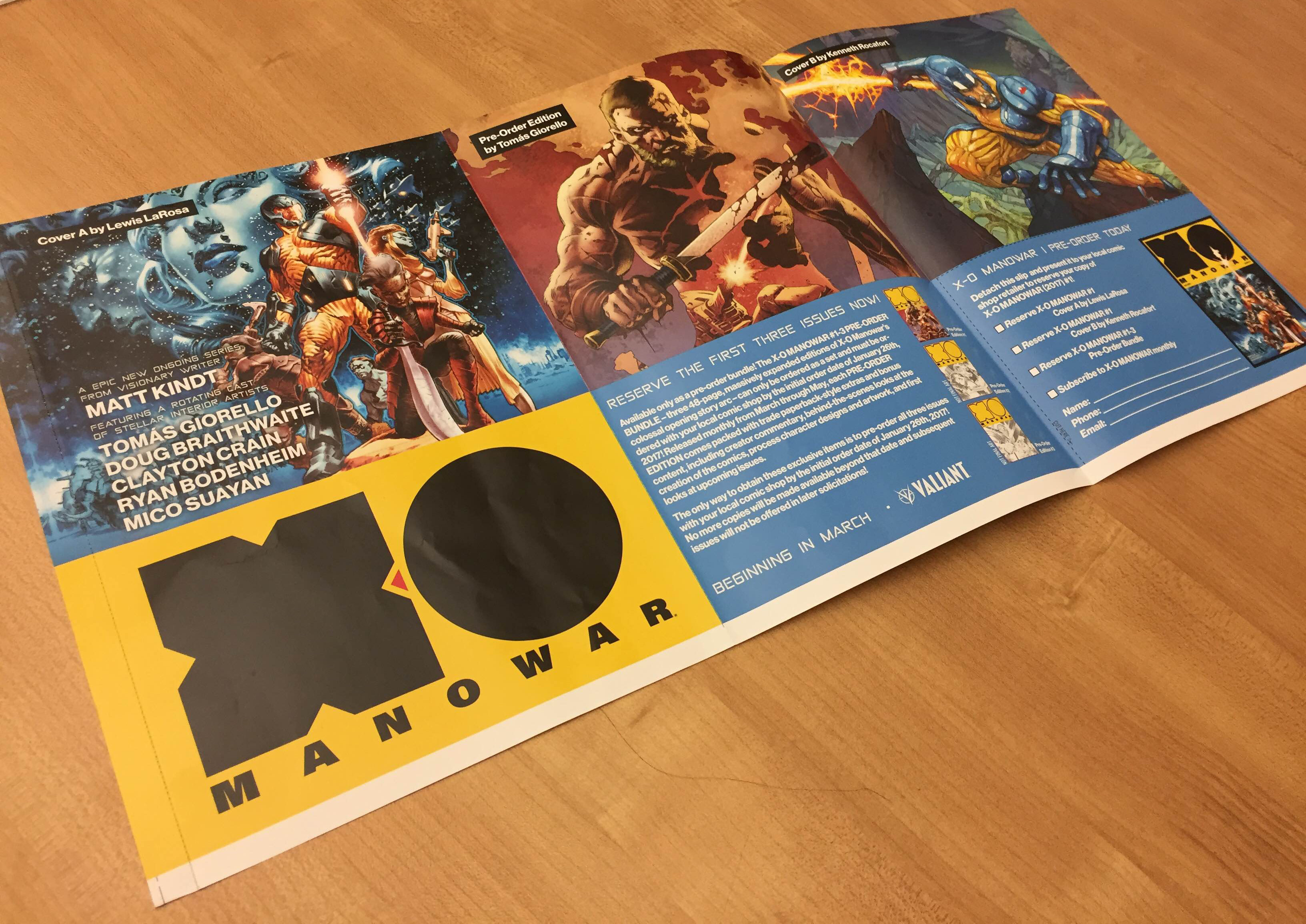 “Over the course of the winter and spring, Valiant will be putting an unprecedented amount of resources behind X-O MANOWAR #1 – a series that is already on course to become our single biggest launch title of all time,” said Valiant Publisher Fred Pierce. “From editorial to marketing and sales, X-O MANOWAR #1 represents the largest and most aggressive coordinated effort we’ve ever undertaken, and with good reason: This is a damn good series, and we want everyone to be aware of just how exceptional X-O MANOWAR will be. As we push harder than ever to showcase this truly stunning title, you can rest assured that this gatefold insert is just one of the many exciting promotional plans we have in store.”

Packed with blistering artwork and a complete guide to innovative new offerings like the X-O MANOWAR #1-3 PRE-ORDER EDITION BUNDLE and X-O MANOWAR #1 BRUSHED METAL VARIANT COVER – printed via special process on real-life brushed aluminum – get the jump on the seminal series of 2017 as X-O Manowar’s journey from “SOLDIER” to “GENERAL” to “EMPEROR” to “VISIGOTH” starts here with this one-of-a-kind countdown to Valiant’s latest ongoing series – printed on a massive, six-panel gatefold and only available in PREVIEWS catalog #340!