EDITOR’S NOTE: There are so many good books to recommend this month that we’ve reached the half-way point without finishing our picks. However, there’s still time to get your December Pre-Orders into your local comics shop for books scheduled to release in February 2017. Don’t take a chance on the books you want (especially from the smaller publishers) waiting for you on the store shelves. Help yourself and help your local shop by ordering in advance. Here’s some more of our picks for your consideration, as we look at some books from DYNAMITE, and :01 FIRST SECOND . . . . . 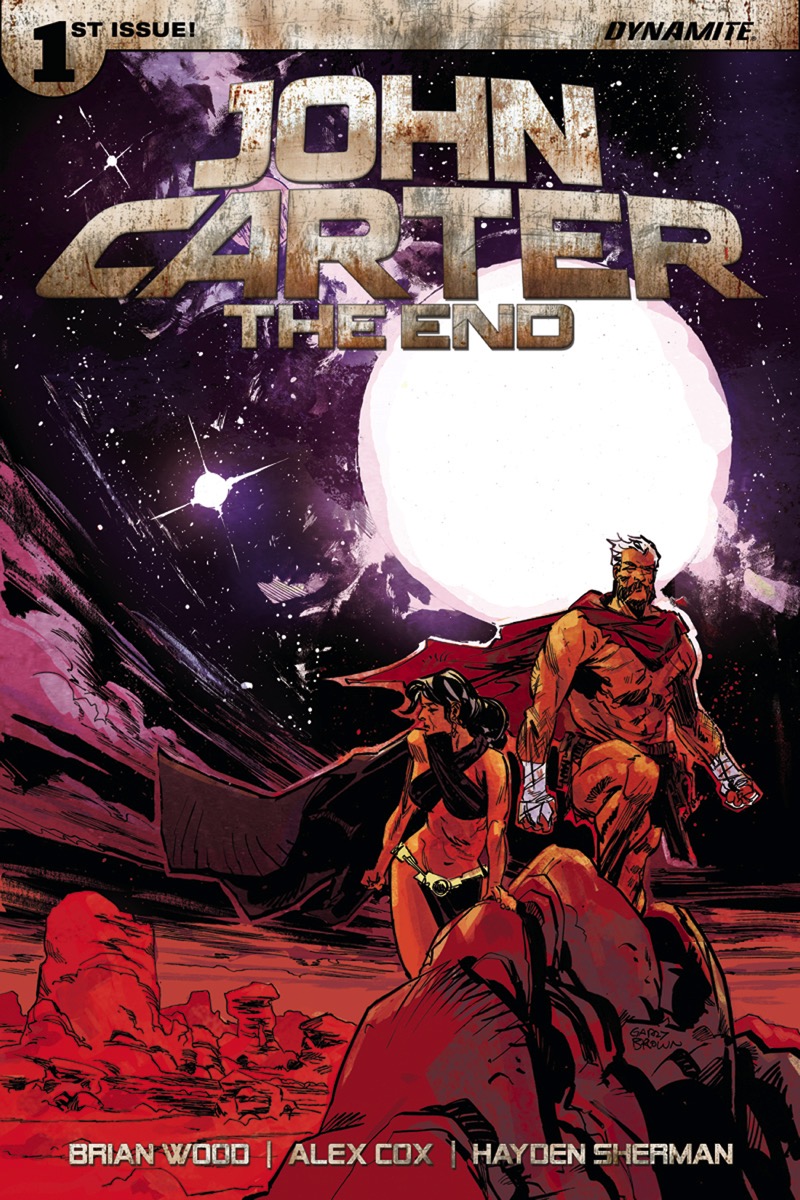 Fans of Edgar Rice Burroughs creation, the heroic icon John Carter of Mars, will want to collect this original series. Dynamite has done an excellent job at developing the world of John Carter for the comics format, and this looks to be the capper.

This story is expected to chronicle the last days of the planet Mars (a.k.a. Barsoom) and perhaps an aging John Carter and companion Dejah Thoris as well. There’s an interesting interview with the writers in the December Previews catalog.  They plan to explore the depth of both characters and their relationship while still maintaining the blend of science fiction and sword and sorcery that makes the John Carter tales so popular.

This new volume of Vampirella stories goes off in a different direction, one thousand years from now. Vampirella wakes up in a dystopian world where humans are not the same as she remembers them.  Cornell is a clever writer, and we are interested to see what else he does with this. 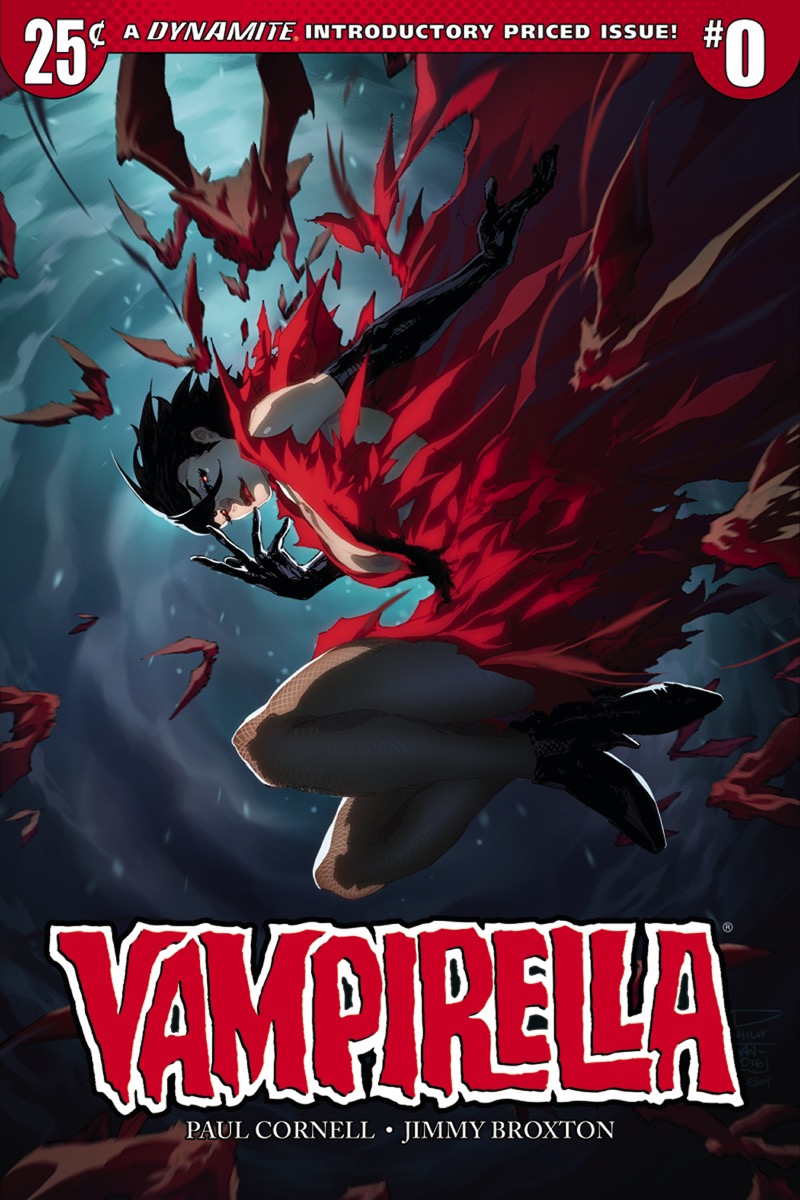 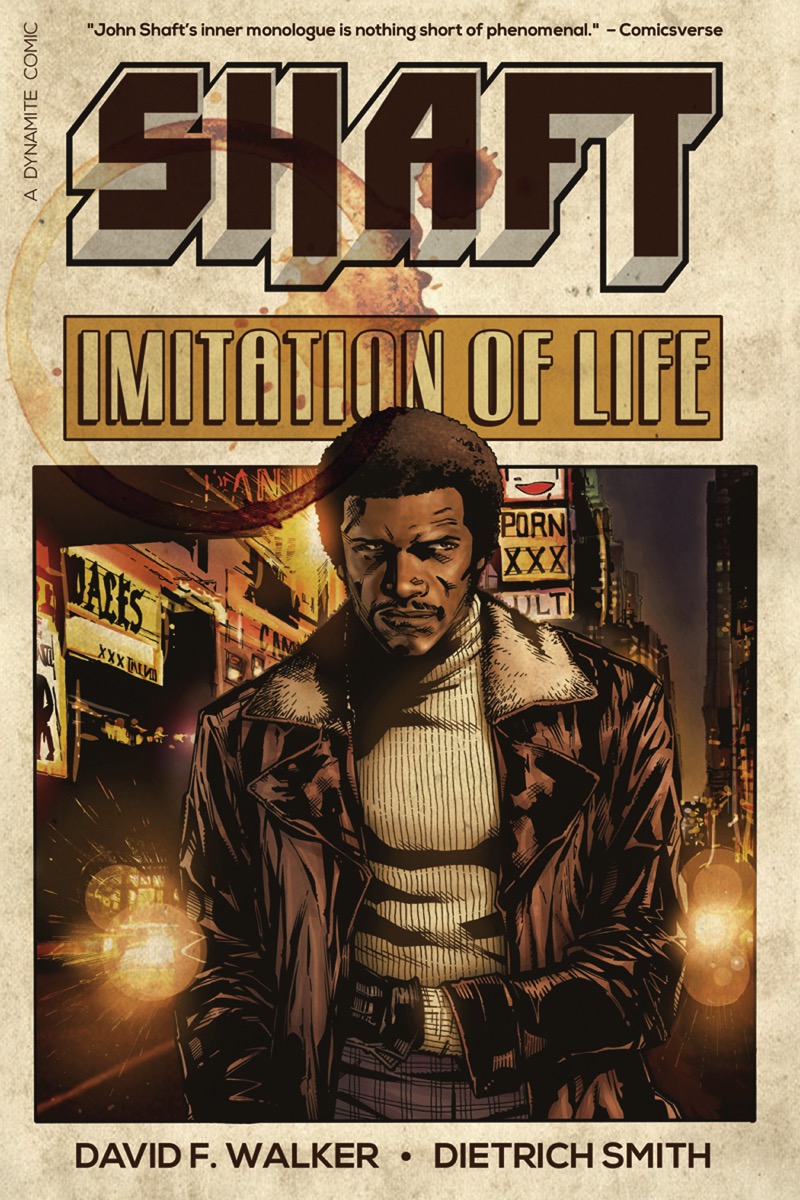 Walker’s script and Smith’s art combine to recreate an accurate and realistic portrayal of the John Shaft detective character from the 1970’s , complete with all the details of the times.

From the Previews catalog: “After a high profile case puts him in the headlines, private detective John Shaft is looking for something low profile and easy that will keep him out of the spotlight, out of danger.  Shaft takes a missing person case that proves to be more difficult than he initially thought.  At the same time, he is hired to be a consultant on a low budget film that may or may not be based on his life, and proves to be as dangerous as any job he’s ever had.  But when there’s danger all about, John Shaft is the cat that won’t cop out — even if it means squaring off against sadistic gangsters that want him dead.” 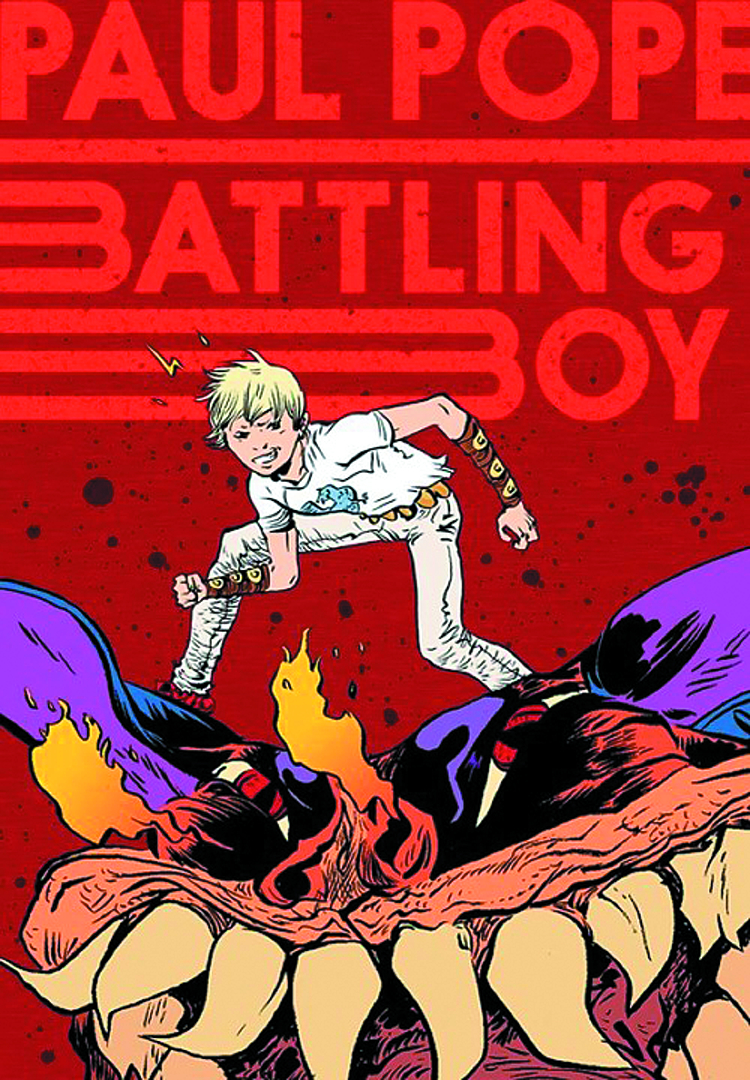 Too many of us missed the original printing of this work, which turned out to be a classic and a landmark achievement for the very talented Paul Pope.  Now, it’s collected in an affordable edition.

From the Previews catalog:  “The award-winning graphic novel from Paul Pope!  When Battling Boy’s father, a warrior god drops him on a world infested with bloodthirsty monsters, he leaves his son with nothing but a magic credit card, a trunk full of enchanted tee shirts, and instructions not to come home until he’s liberated the planet from its plague of monsters.  It’s one kid vs. an entire world full of monsters  And the monsters don’t stand a chance.”