EDITOR’S NOTE: If you’ve been following our monthly Pre-Order Picks columns, then you know the drill.  Please look over the new December Previews catalog in print or online, and let your local comic shop know what books you want to receive in two months. We’ll continue to review the offerings, focusing on new titles, and leave you some suggestions for consideration. These are our picks for books releasing in February 2017. Let’s take a look at some ACTION LAB books . . . . . 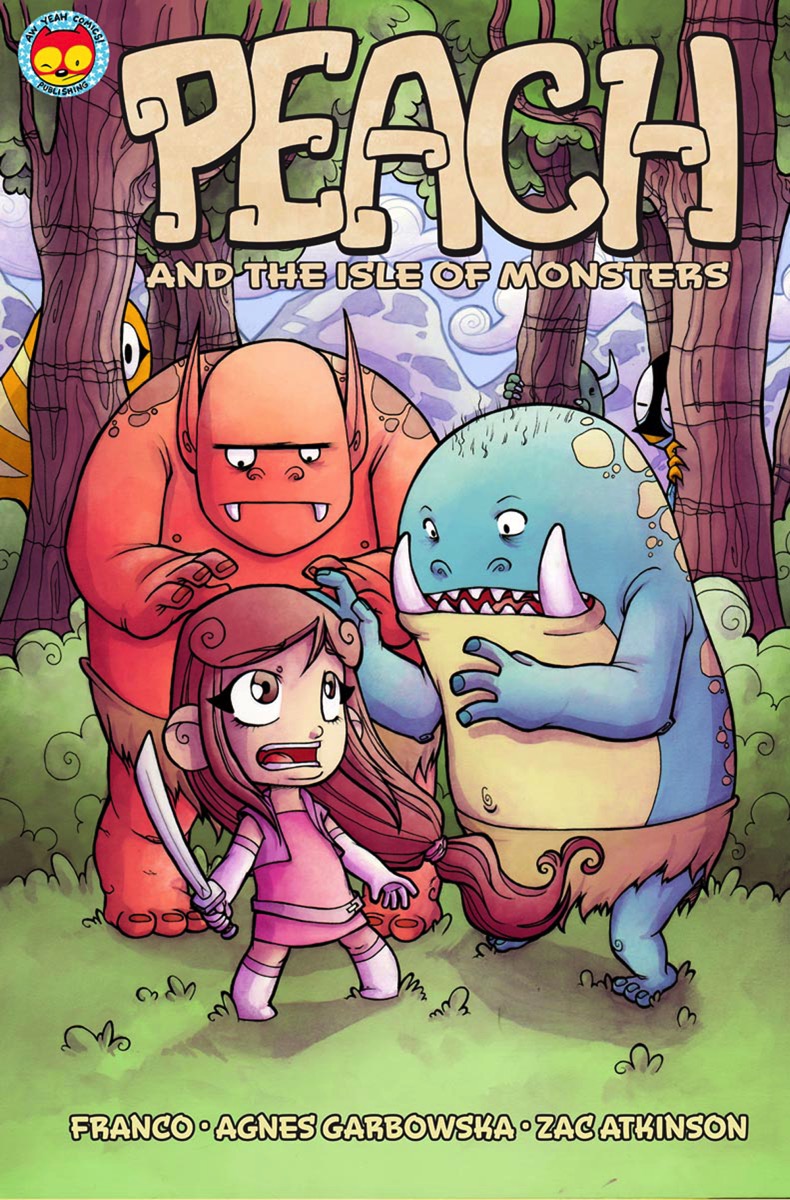 This Franco is one of the premier names in children’s comics (and fun to read and view for all ages) and his Eisner Award attests to that. It’s good to see some original stories being developed for young readers to give them a decent grounding in comics, and perhaps learn something useful from them as well.

From the Previews catalog:  “A young girl, rumored to be born from a peach, is shunned and bullied in her own village. To prove to others that she is more than what they think, she sets off on a quest for Monster Isle.  On her journey she encounters monsters, hunters, pirates and witches, and must learn she has nothing to prove to anyone but herself.” 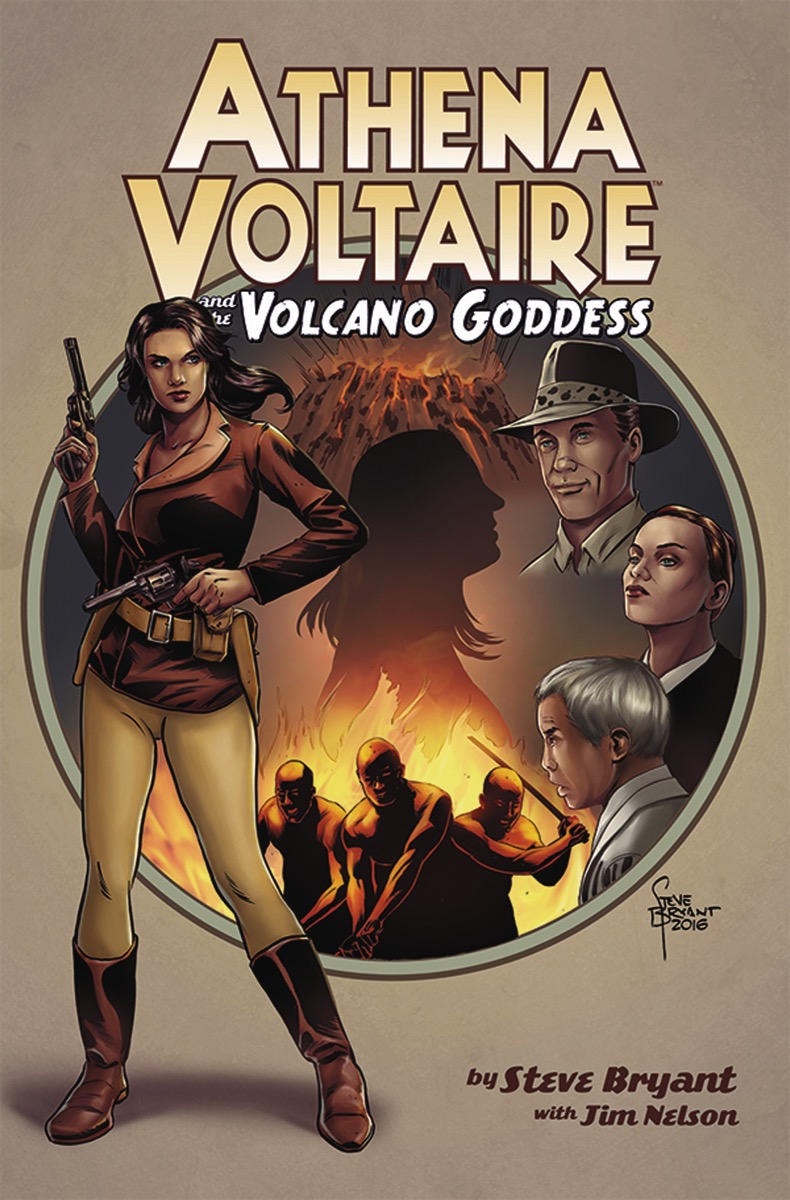 Nothing beats some old-time flavored pulp adventure when it’s done well.  Bryant is a real talent, and this book is a great showcase for what he’s capable of. This collects the debut mini-series of Athena Voltaire.

From the Previews catalog:  “When her father gains possession of a supernatural artifact, Athena Voltaire sets off on an adventure that pits her against Nazis, deadly assassins, and old nemesis and an angry fire goddess.” 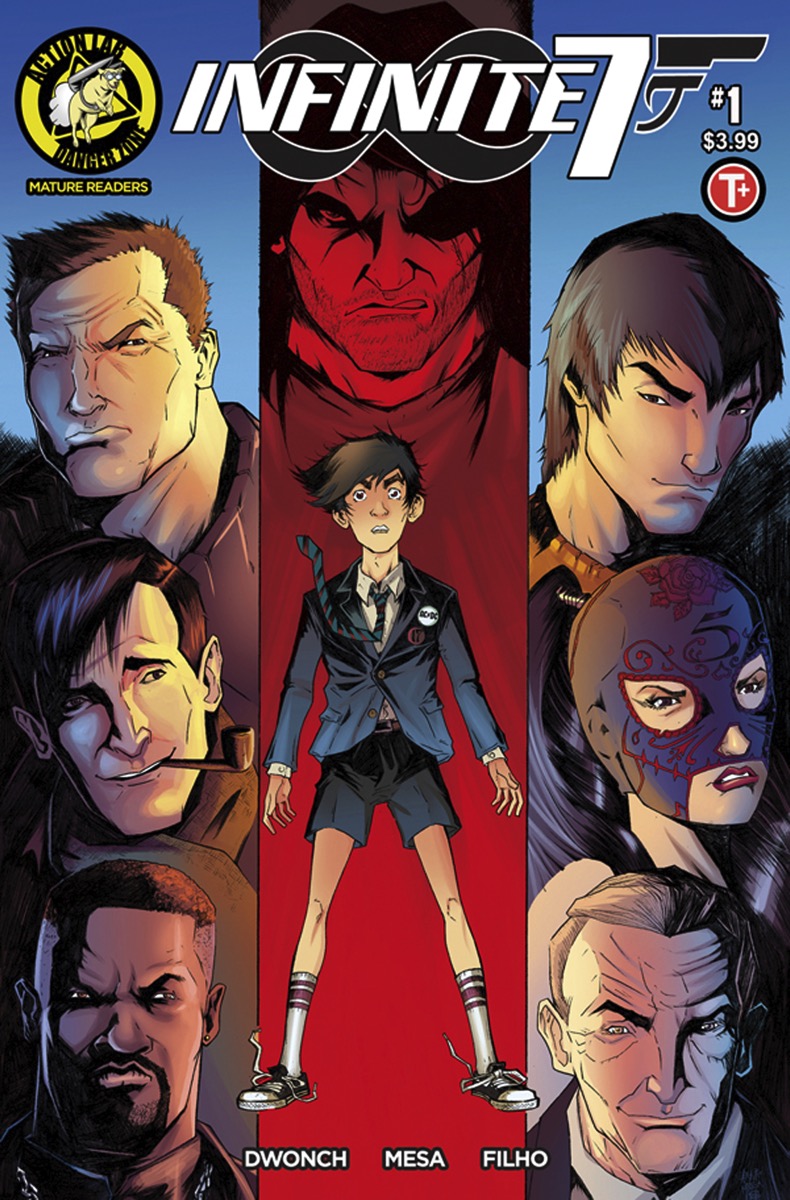 Beginning a new ongoing series with a team of youths. However, unlike super-hero team books, these are non-powered action adventure heroes in a new re-imagining with a clever spin.

From the Previews catalog:  “For centuries, a secret world government has employed the Infinite Seven, the world’s greatest assassins.  The only way to become one of their members is to prove your worth by killing one of their members. But what happens when Anthony Zane, a teenage boy from the suburbs, does just that?”