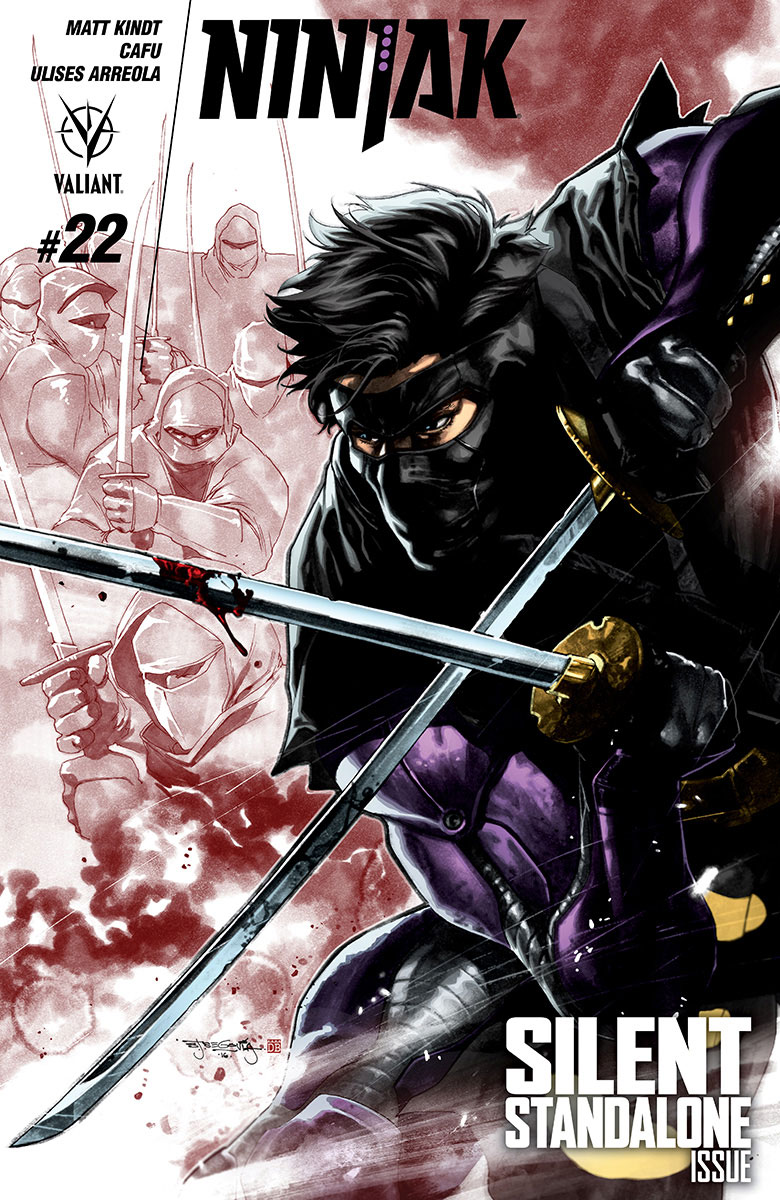 Anyone interested in catching up with the doings of Colin King a.k.a. Ninjak should jump on board here, as a new story arc is beginning. It’s the Silent Prelude Issue to The Seven Blades of Master Darque storyline, and  a great beginning. 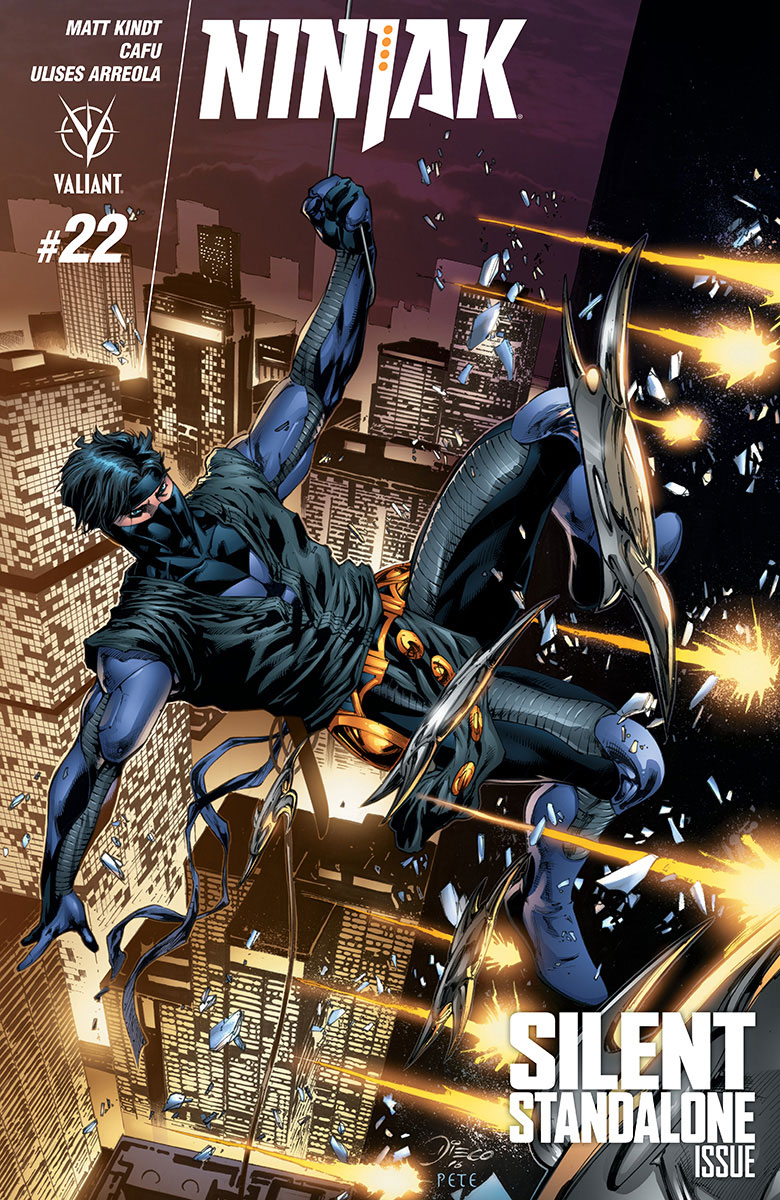 The entire story is told through the art. There are no captions.  There are no words, with the exception of some text messages at the beginning and a very brief exchange of dialogue near the end of the issue. The only place where there is anything to read this issue is on the summary page that precedes the story.

Action, escapes, and bloody fighting are the key components of the prelude and well worth a long look.  NINJAK #22 is a showcase for the dynamic abilities of artist Cafu as well as the colors of Ulises Arreola, which pop off the page.

The summary page provides as much background as readers need: the supernatural assassin Roku is the former Angelina Alcott, who was also the MI-6 trainer of Ninjak as well as a lover.  The text message informs Ninjak that a “spontaneous mystical temple” has appeared in the Las Vegas desert and Roku has been spotted heading there.  Ninjak is asked to wait for clearance before taking any action. Too late, he’s already there and uncovers an underground bunker which leads to some horrific fighting against numerous robed acolytes of Master Darque.

Readers concerned that this review might have spoiled the story for them don’t need to worry.  It’s all about the art, which has to be seen to be appreciated.  Also, we left a few surprises behind. 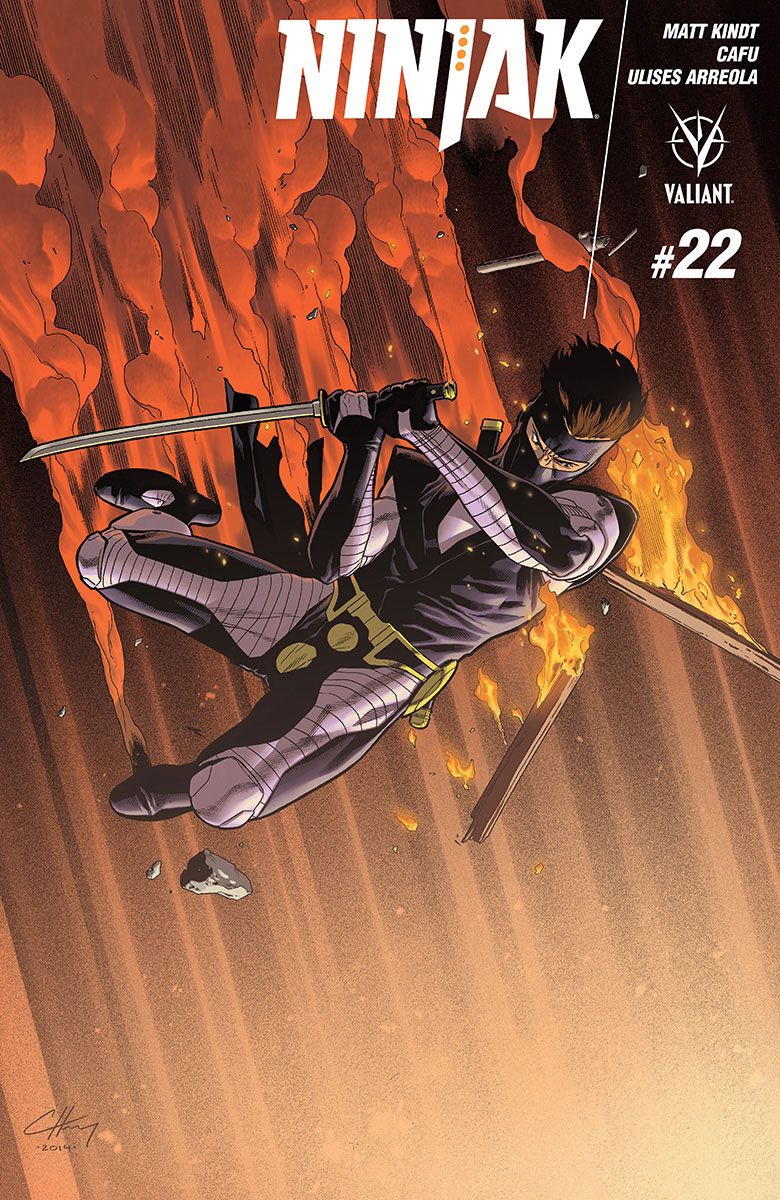 STORY: It helps that Matt Kindt is a visual writer, since he’s also an artist. He can really envision this story in a way that the art can then bring to vivid life. But it’s artist Cafu who does most of the legwork this time around.   2 POINTS.

ART:  Amazing. We love it. The fight scenes are truly special. Check out the tunnel fight and the ladder fight!  3 POINTS

COVER: We also loved all the covers, except for the variant photo cat, which we’re not going to show.  2 POINTS

READ AGAIN?  Not really. But take in multiple viewings? You better believe it.  You won’t be satisfied just looking at this art only once.  1 POINT.

TOTAL RATING: 9 POINTS out of 10. Near perfect. Too bad it doesn’t take very long to read it. Just keep staring. 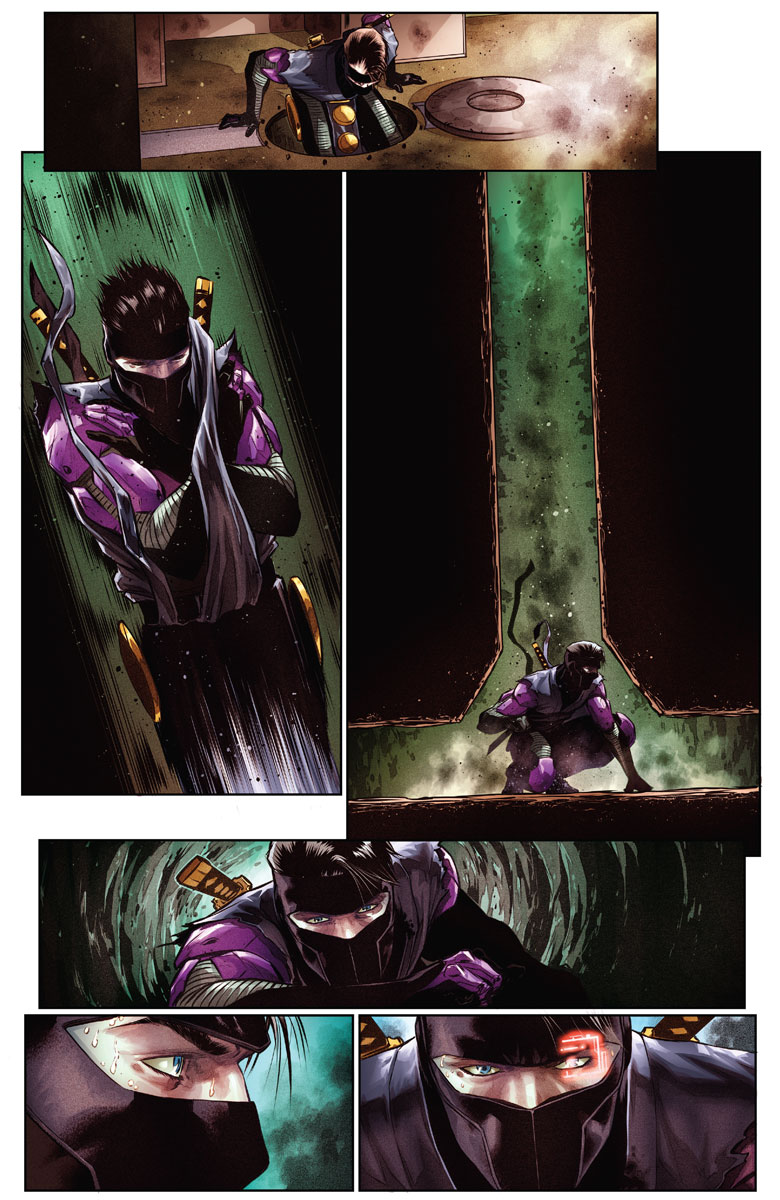