EDITOR’S NOTE: There are so many good books to recommend this month that we’ve reached the half-way point without finishing our picks. However, there’s still time to get your December Pre-Orders into your local comics shop for books scheduled to release in February 2017. Don’t take a chance on the books you want (especially from the smaller publishers) waiting for you on the store shelves. Help yourself and help your local shop by ordering in advance. Here’s some more of our picks for your consideration, as we look at some books from ONI PRESS . . . . .

ONI PRESS are doing something a little different this month - reprinting the first issues of some of their most popular series in new editions for $1.  Many of us like to pick up quality reading at bargain prices - - time to jump on this.  They are also reprinting the first volume of two series in trade paperback for just $10. There couldn’t be a better time to check out these titles. Why? 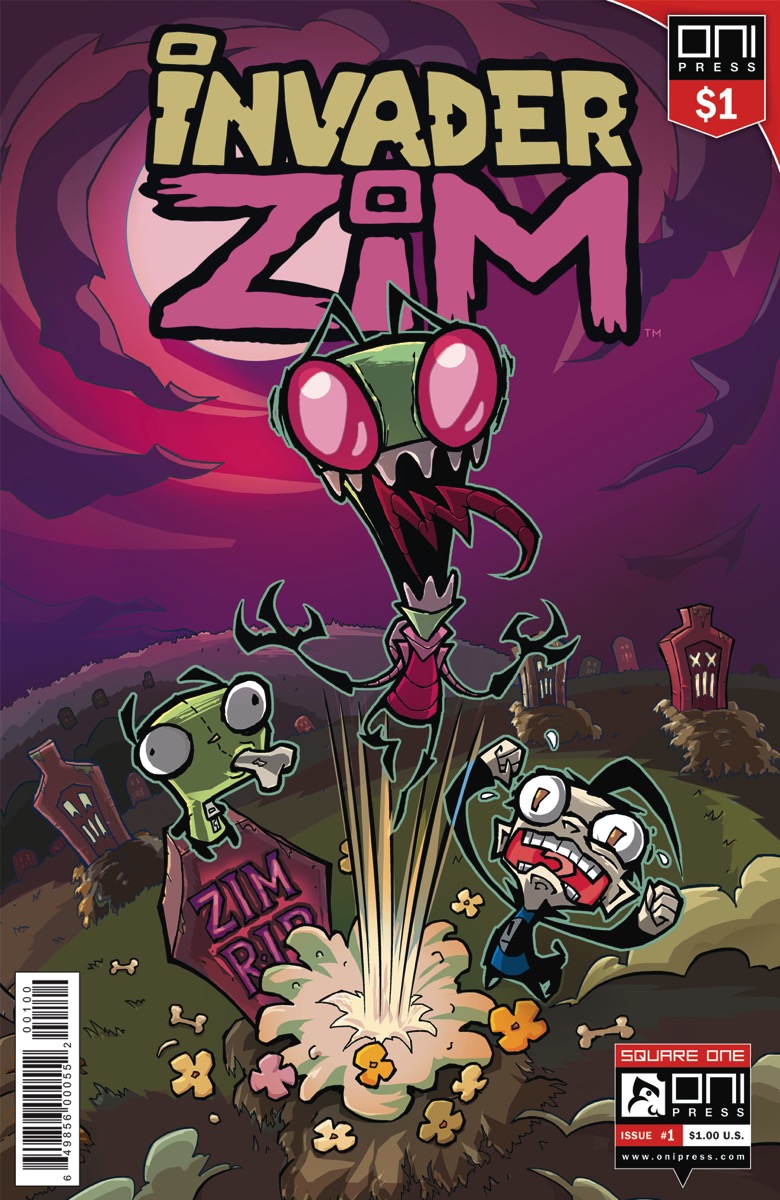 A certified kid-friendly comic based on the cult favorite Nickelodeon TV show.

From the Previews catalog: “ZIM and his filthy evil ways have been gone for what feels like years. but Dib KNOWS the alien menace will rear his head again, and he won’t leave the house, or his 900 security monitors, until it happens.  And it WILL happen. Oh, it WILL.” 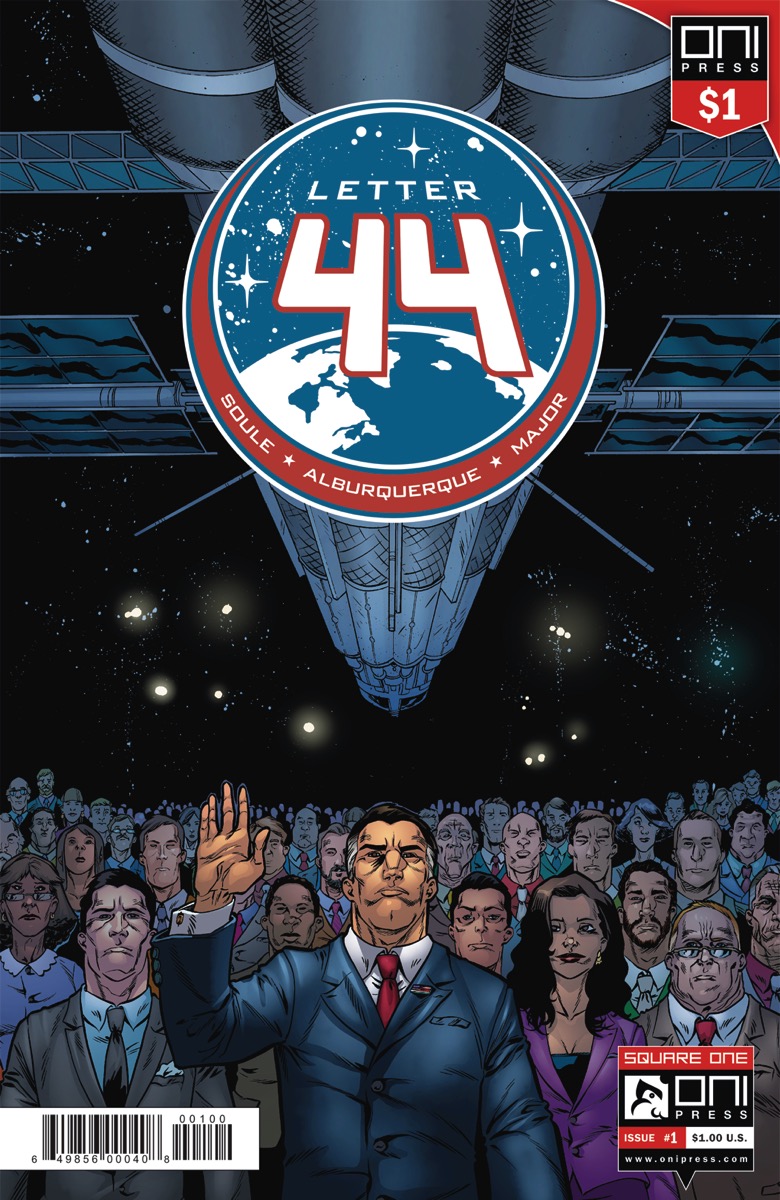 From the Previews catalog: “There’s something up there  As newly elected President Stephen blades reads the letter left for him in the Oval Office by his predecessor he learns this stunning secret: seven ears earlier, NASA discovered an alien construction project in the asterid belt  A crew of heroic astronauts was sent to investigate, and they’re nearing the conclusion of their epic journey.  Don’t miss the first chapter in this thrilling tale of real-world space travel intrigueue and secret histories.” 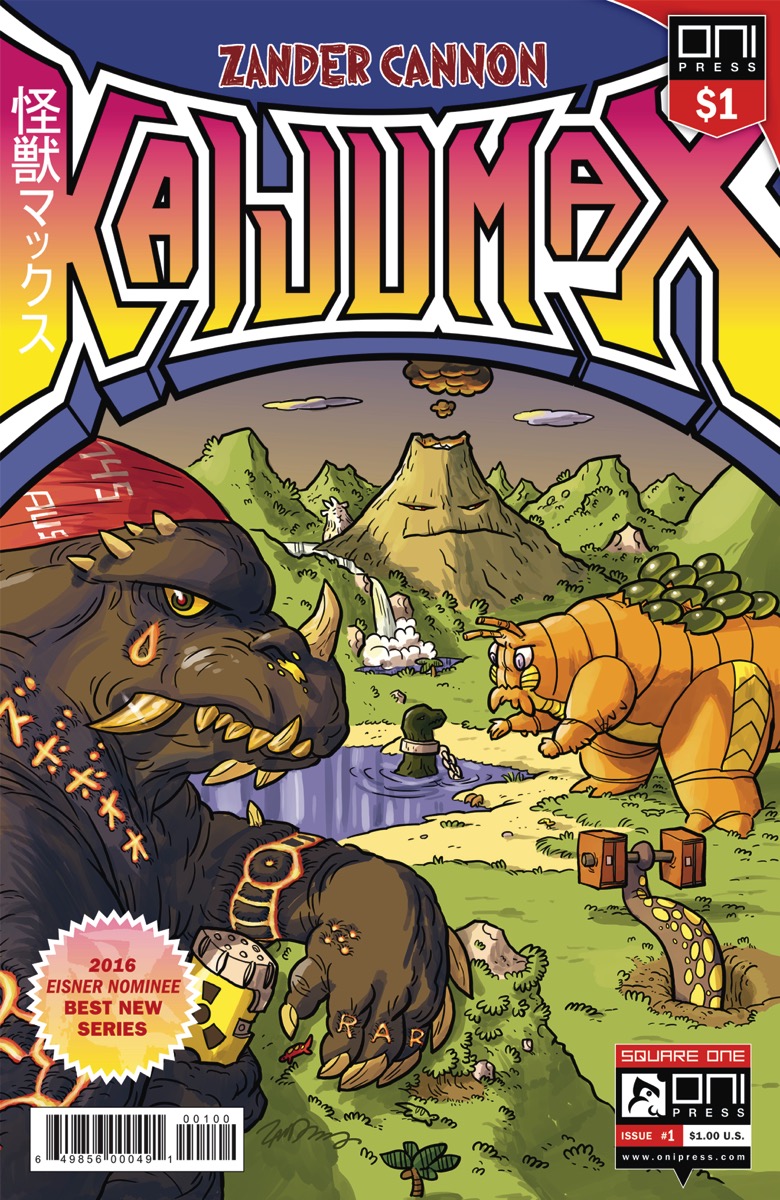 A prison for Godzilla-sized monsters. It’s a hoot!

From the Previews catalog: “Welcome to Kaijumax, where the worst of the worst monsters are safely locked away from the human world, whether they be villains, anti-heroes, eco-parables, or nuclear metaphors.  Electrogor is ripped away from his family and struggles to determine whom to trust, which gangs to avoid, and when to take on the big man to show you aren’t to be trifled with.” 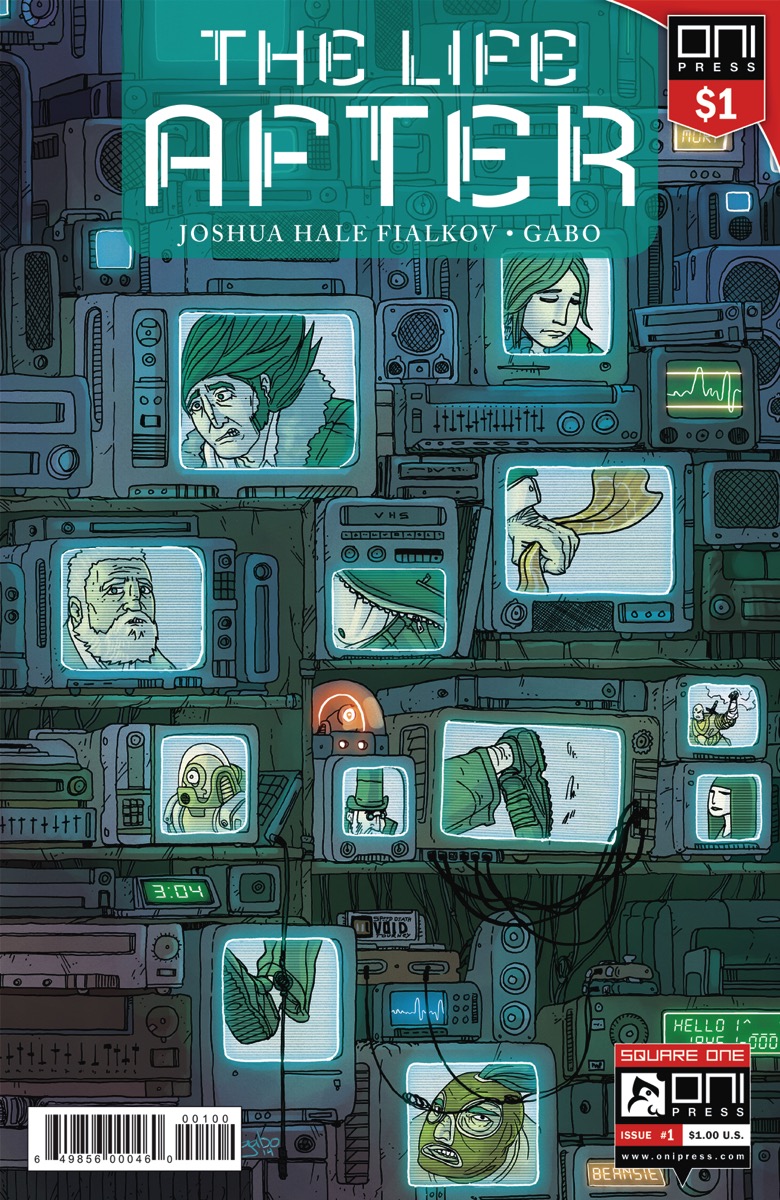 The descriptions don’t do it justice. You have to read this to get all the implications arising from Fialkov’s inventive and creative mind.

From the Previews catalog: “In an infinite city built on infinite sadness, there is one man capable of breaking free.  He will go through Heaven and Hell to save us all.  Literally  A fantastical coming of age journey through the afterlife and beyond from master storyteller Joshua Hale Fialkov (The Bunker) and Russ Manning-nominated artist Gabo.” 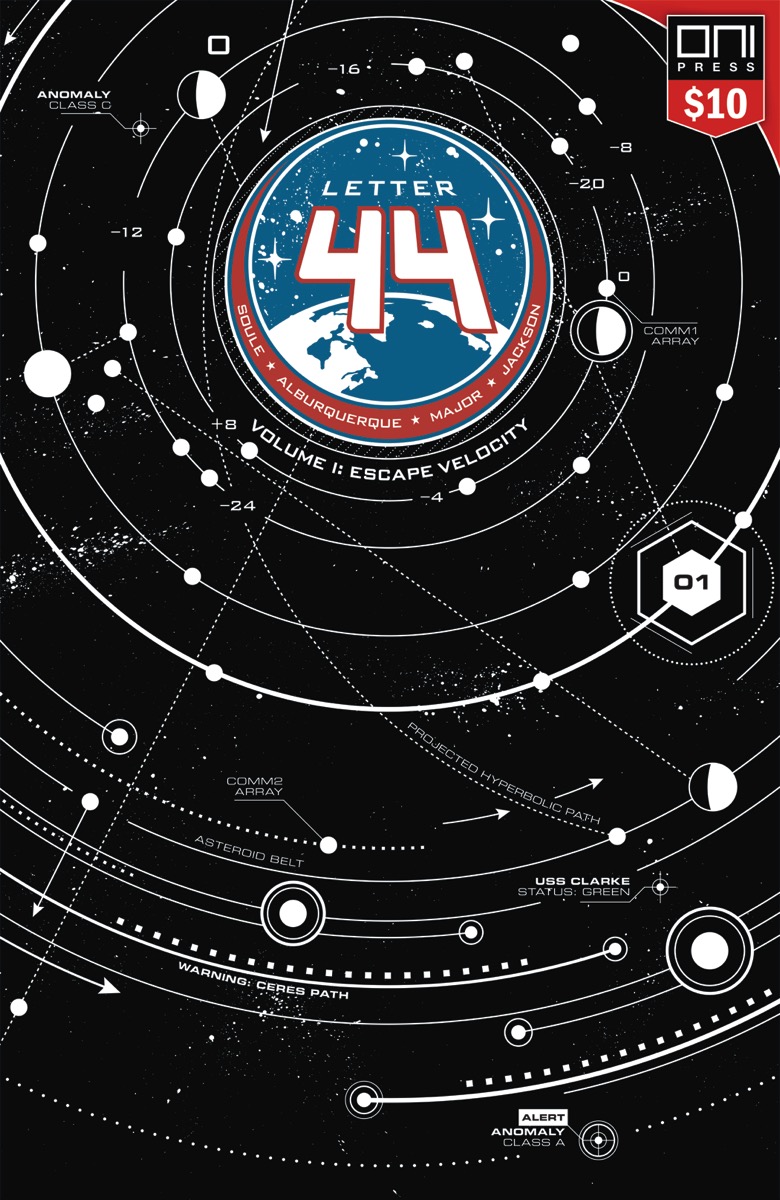 The first issue just hinted at what the consequences might be. You have to dig into this story for several issues to get the bigger picture, and to learn of the complications.  This will hook you.

From the Previews catalog: “Newly-elected President Stephen blades hoped to tackle the most critical issues facing the nation: war, the economy, and a failing health care system.  But in a letter penned by the outgoing president, Blades learns the truth that redefines ‘critical’: seven years ago, NASA discovered an alien presence in the asteroid belt, and kept it a secret from the world.  A stealth mission crewed by nine astronauts was sent to make contact, and they’re getting close — assuming they survive the long journey to reach their destination.” 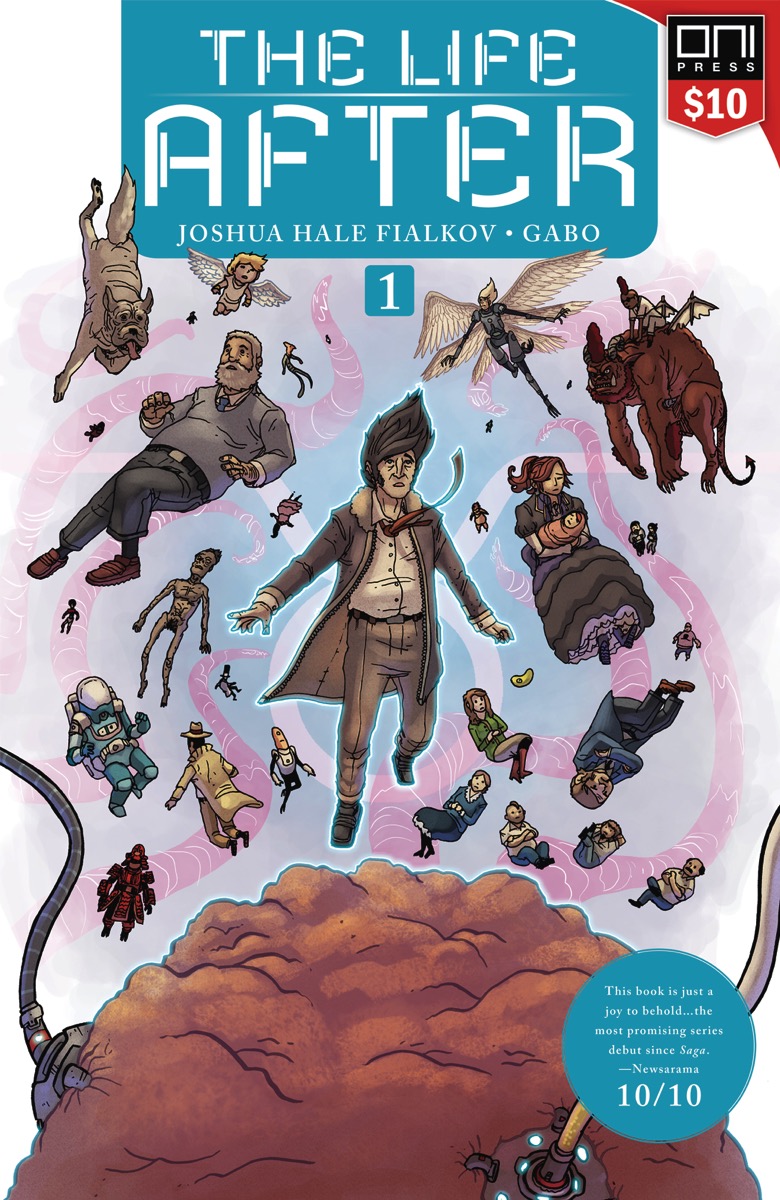 Might as well repeat what we said about LETTER 44, because it applies to this trade paperback as well:  The first issue just hinted at what the consequences might be.  You have to dig into this story for several issues to get the bigger picture, and the learn the complications.  This will hook you.

From the Previews catalog:  “Jude’s life is nothing special.  It seems like every day is just a repeat of the last one, until one day, he meets a woman and can suddenly see into her past — revealing that he is actually in Purgatory for suicides.  Now that he’s awake, he and the legendary Ernest Hemingway are on the path to change things in the afterlife for the better.  Of course, that might not sit well with the bigwigs down below or up above.  Can just a few people change the course of billions of souls?”