EDITOR’S NOTE: If you’ve been following our monthly Pre-Order Picks columns, then you know the drill.  Please look over the new December Previews catalog in print or online, and let your local comic shop know what books you want to receive in two months. We’ll continue to review the offerings, focusing on new titles, and leave you some suggestions for consideration. These are our picks for books releasing in February 2017. Let’s take a look at some AFTERSHOCK books . . . . . . 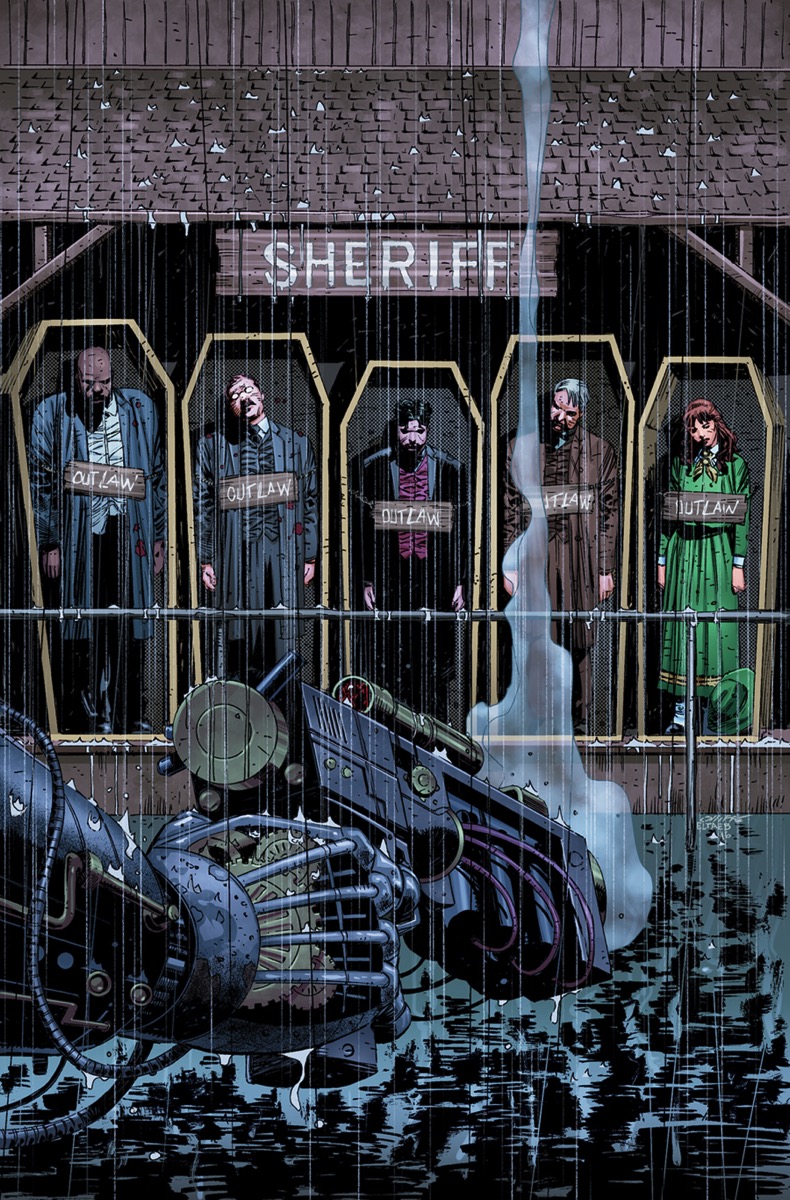 History books provide information on the Rough Riders, a team put together by Theodore Roosevelt during the Spanish-American War of 1898 for Cuban independence.  They were comprised of cowboys, ranchers, and outdoorsmen and noted for their horse-riding skills, hence the nickname. Writer Adam Glass too liberty with history for Aftershock’s ROUGH RIDERS Book One, assembling a team around a young Theodore Roosevelt for some adventures combining steampunk with pulp conspiracies.  Rather than horsemen, this team included escape artist Harry Houdini, markswoman Annie Oakley, and boxer Jack Johnson.  The series was successful, and earned a second volume which also provides a great jumping on point for new readers.

President McKinley is assassinated. Vice President Theodore Roosevelt suspects a conspiracy with links back to Europe.  He convinces his former team to get back together and stop yet another threat to humanity. 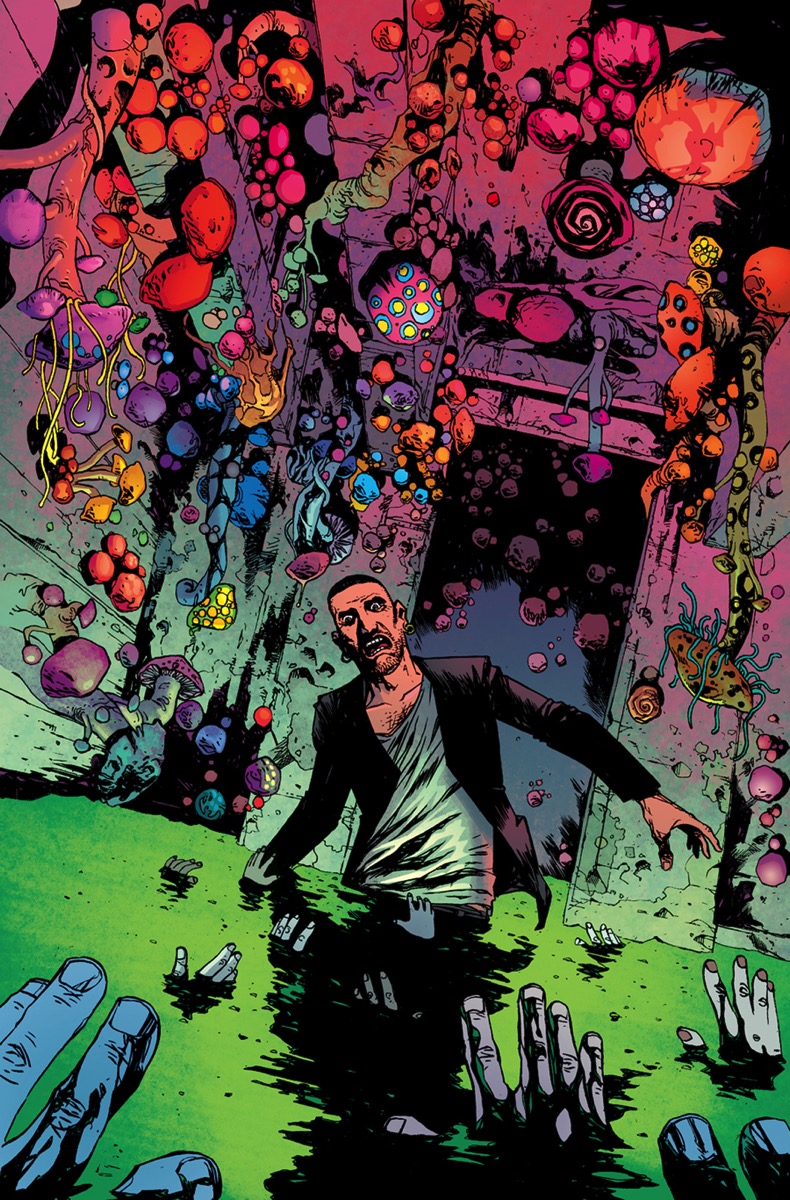 This collects the popular six-issue series.

From the Previews catalog:  “Twenty years ago, Ray Pilgrim became a celebrity when he discovered his unique ability to see through the eyes of psychotic killers who were terrorizing London.  But his world collapsed around him when he was accused of the same crimes as the monsters he hunted.

Now, Pilgrim’s teenage daughter is using her blog to investigate a ring of child abusers that includes some of the most powerful men in British society — men who are prepared to kill anyone who threatens to expose them.  In order to protect his daughter and uncover the truth, Pilgrim must reluctantly revisit his past and the twisted path that led to the hotel room the media called The Bloody Chamber.”