EDITOR’S NOTE: If you’ve been following our monthly Pre-Order Picks columns, then you know the drill.  Please look over the new December Previews catalog in print or online, and let your local comic shop know what books you want to receive in two months. We’ll continue to review the offerings, focusing on new titles, and leave you some suggestions for consideration. These are our picks for books releasing in February 2017. Let’s break tradition and put Marvel in the first spotlight . . . . . .

KINGPIN #1 Written by Matthew Rosenberg with Art by Ben Torres.  If you’re a fan of the current Daredevil se 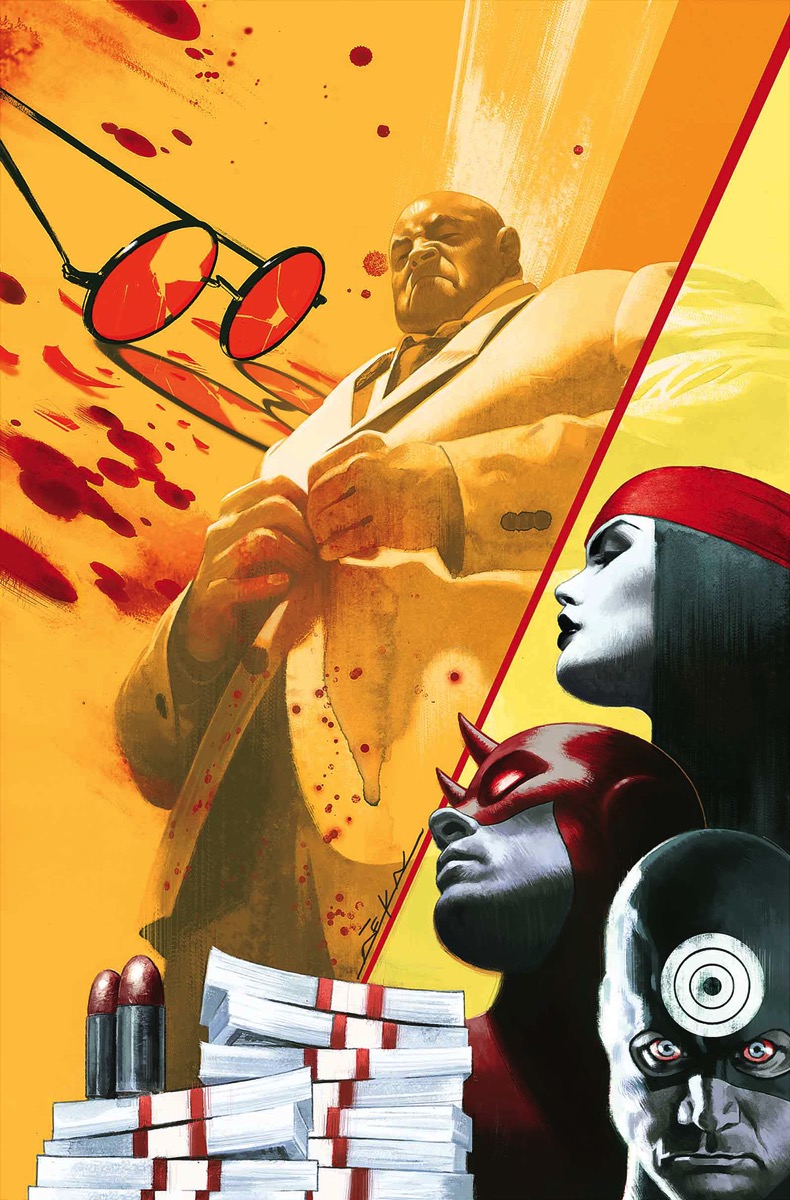 ries by Charles Soule, here are three more titles spinning out of it. However, none of these new books are written by Soule, so whether they will follow his guidelines and continue in the same tone remains to be seen. Still, if you’re not inclined to order all three, we feel the Kingpin book holds the most promise.

Kingpin returns to Hells Kitchen and desires to establish a legitimate business and making a positive change to his public image.  We loved Vincent D’Onofrio’s portrayal of Kingpin on the Daredevil Netflix series. It’s the best live action version of the character we’ve seen. Here’s hoping writer Rosenberg takes some cues from Netflix.

ELEKTRA #1 Written by Matt Owens with Art by Alec Morgan.  The promotional information in the Previews catalog doesn’t reveal very much. Elektra sets up base in Las Vegas, hoping to escape her past and runs into Arcade and his dangerous games.  We don’t feel as strongly about this book as Kingpin, but if you’re a fan it’s worth a look.

BULLSEYE #1 of 5  Written by Ed Brisson with Art by Guillermo Sanna.  Bullseye has been a hit or miss character with us. If the series has a decent plot and art and focuses on action and Bullseye’s ability to make weapons out of ordinary items, then it could be fun. It’s probably a good idea that this is a limited series. We don’t recall any Bullseye tales that showed a lot of depth to the character. Sorry to say, but he’s kind of one-dimensional. Still, story and art can make it work. If you’re on the fence about these new titles from the Daredevil universe, this would be an easy one to skip.

DARTH MAUL #1 of 5  Written by Cullen Bunn with Art by Luke Ross.  Speaking of one-dimensional characters, poor Darth Maul is a sinister looking villain with some badass fighting moves, but he’s served as nothing more than a foil in the Star Wars movie. Glad to see that this is also a limited series. We don’t think the character could sustain a regular monthly book. However, we do like the creative team assigned to this one.  We’ll see. 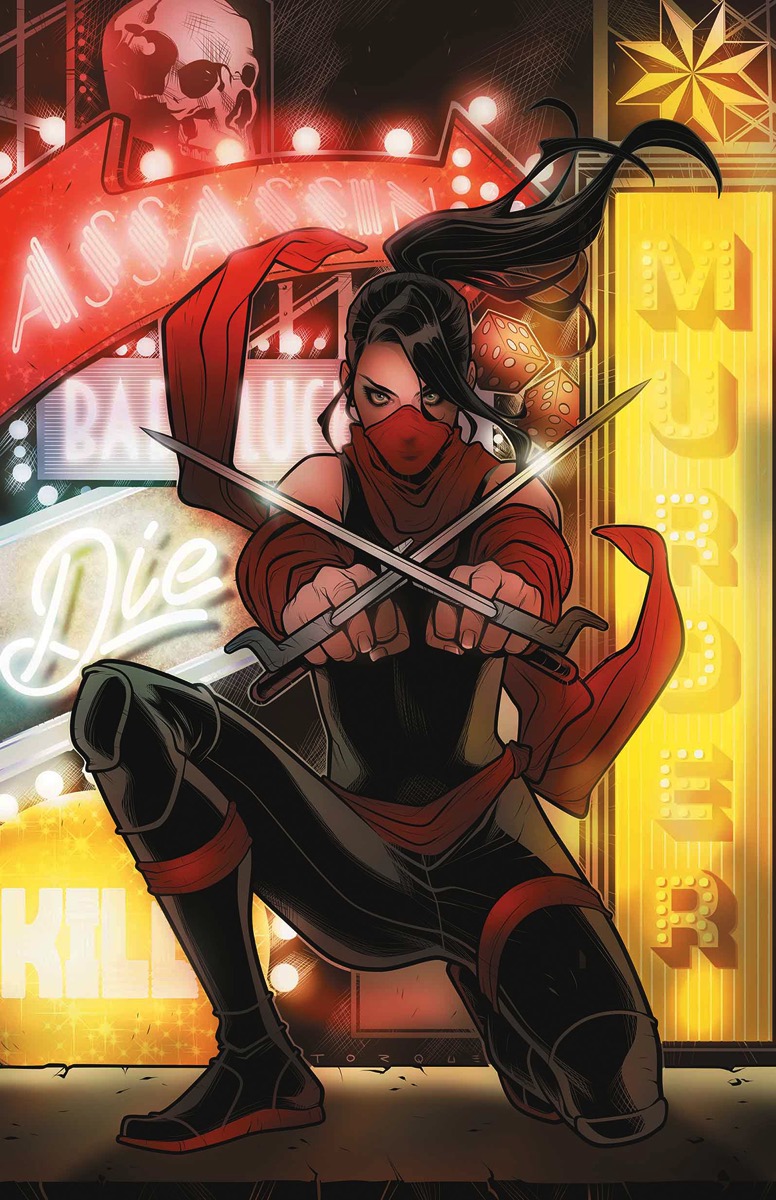 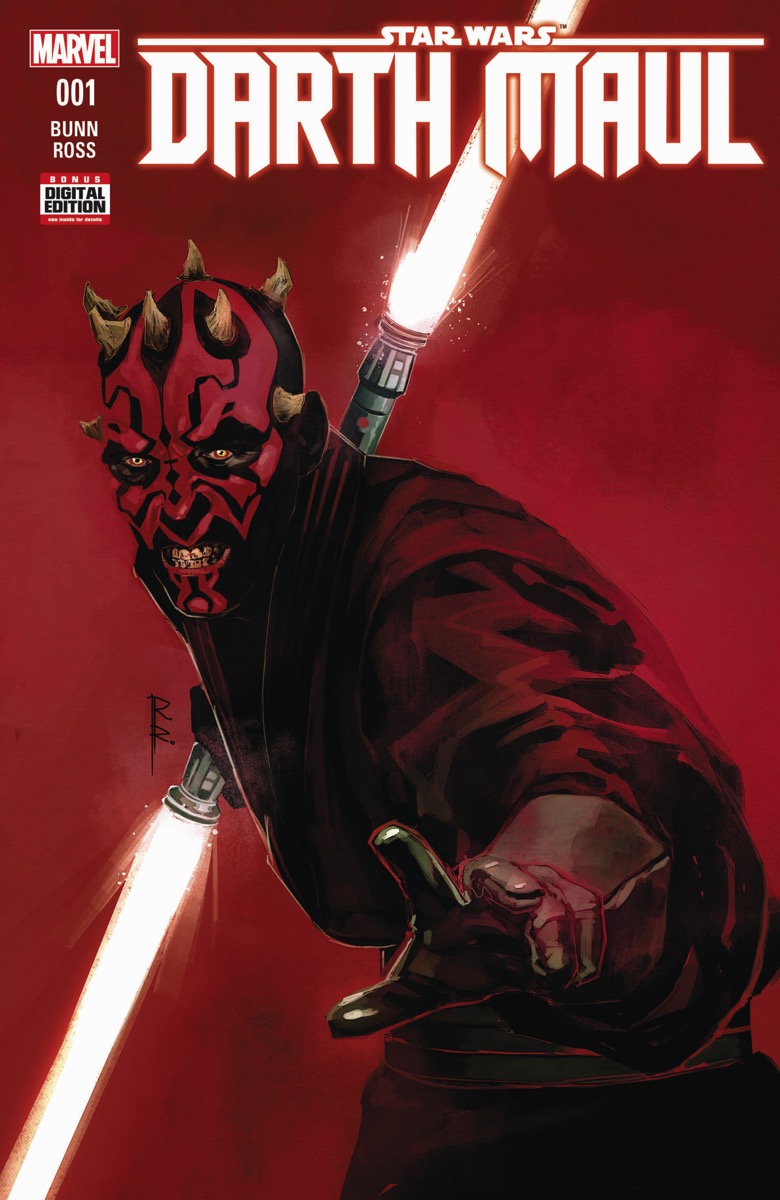 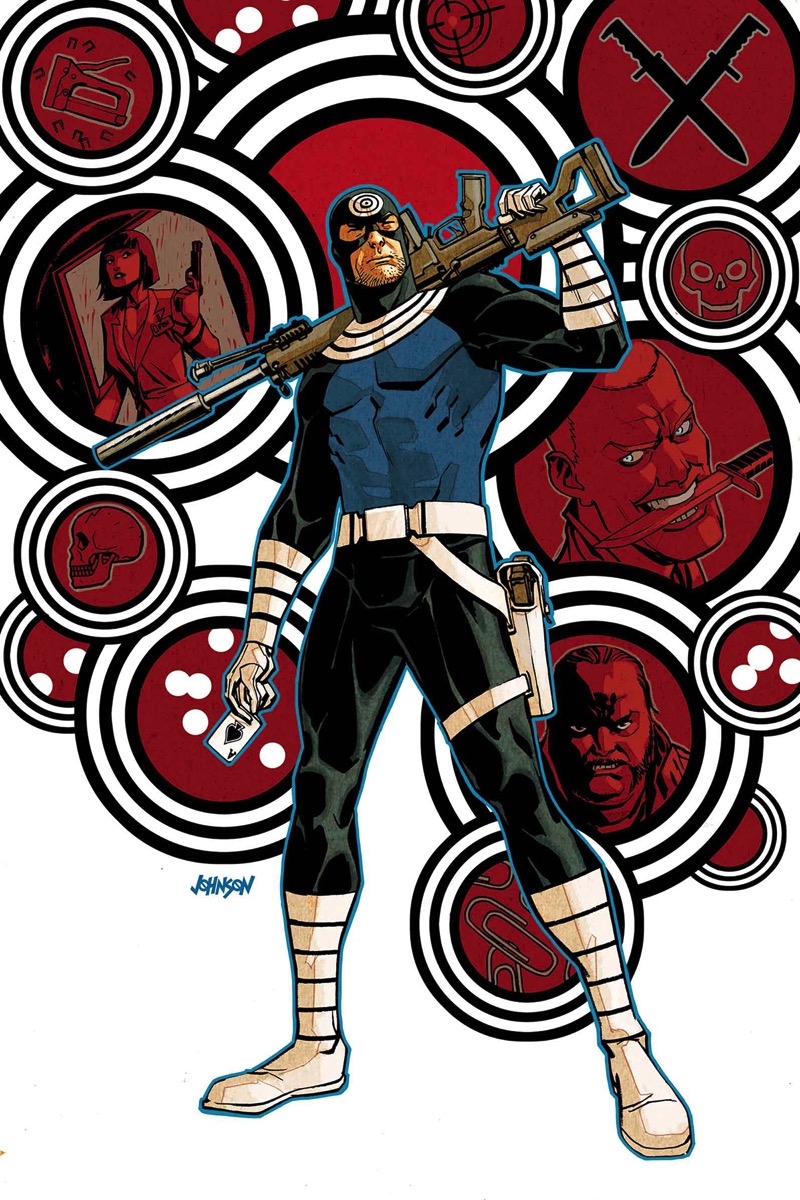