EDITOR’S NOTE: If you’ve been following our monthly Pre-Order Picks columns, then you know the drill.  Please look over the new December Previews catalog in print or online, and let your local comic shop know what books you want to receive in two months. We’ll continue to review the offerings, focusing on new titles, and leave you some suggestions for consideration. These are our picks for books releasing in February 2017. Let’s take a look at some ARCHIE and ASPEN books . . . . . . 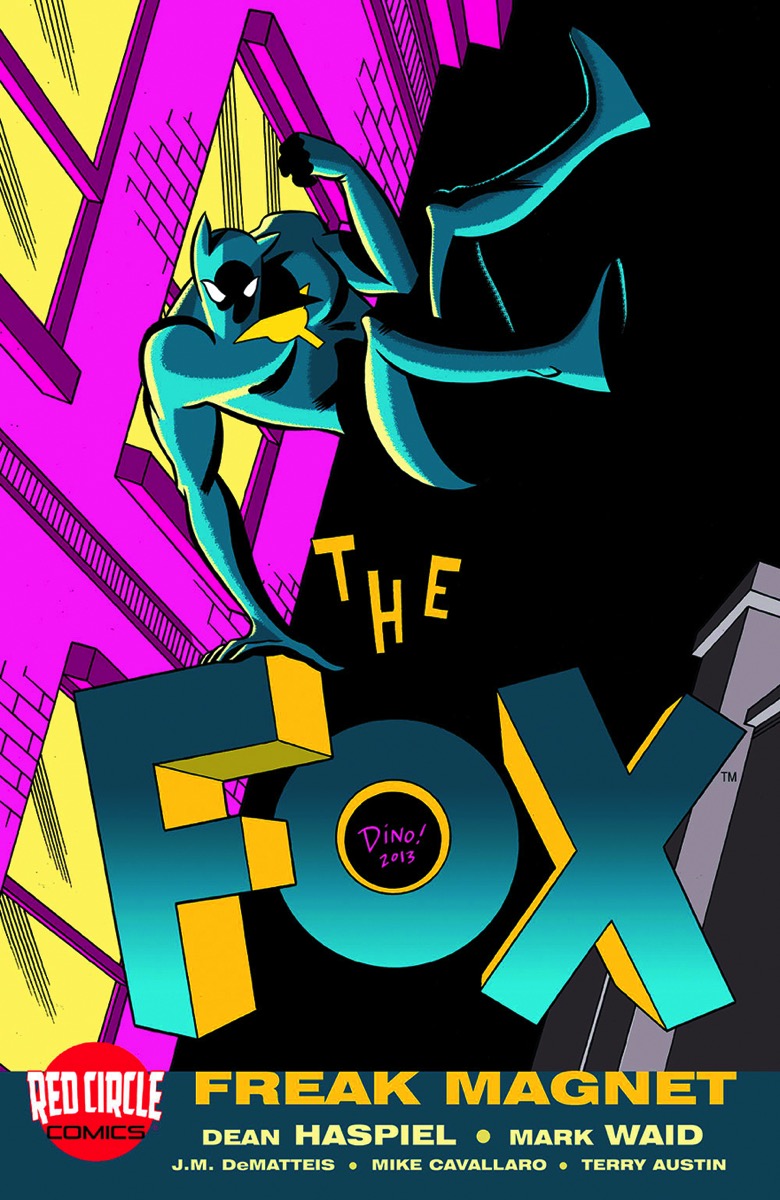 What drew our attention to this book when it debuted as a monthly mini-series was the chance to see what indie artist Drew Haspeil could do with super-heroes and action panels. He does admirably, and showcases his unique style of visual storytelling. What kept us around was the clever scripting by Mark Waid. Here’s your chance to check out the full story . . . .

From the Previews catalog:  “When photojournalist Paul Patton, Jr. donned a superhero costume, he thought it would be a quick way to make some news; now the strange and unusual just can’t help but be drawn to the freak-magnetism of the fabulous fighting Fox!  Then, go back in time for an all-new story featuring the world’s first patriotic superhero, The Shield, from acclaimed writer J.M. DeMatteis and Eisner Award-nominated artist Mike Cavallaro.  Collects Issues #1-5.  144 pages . Full color.” 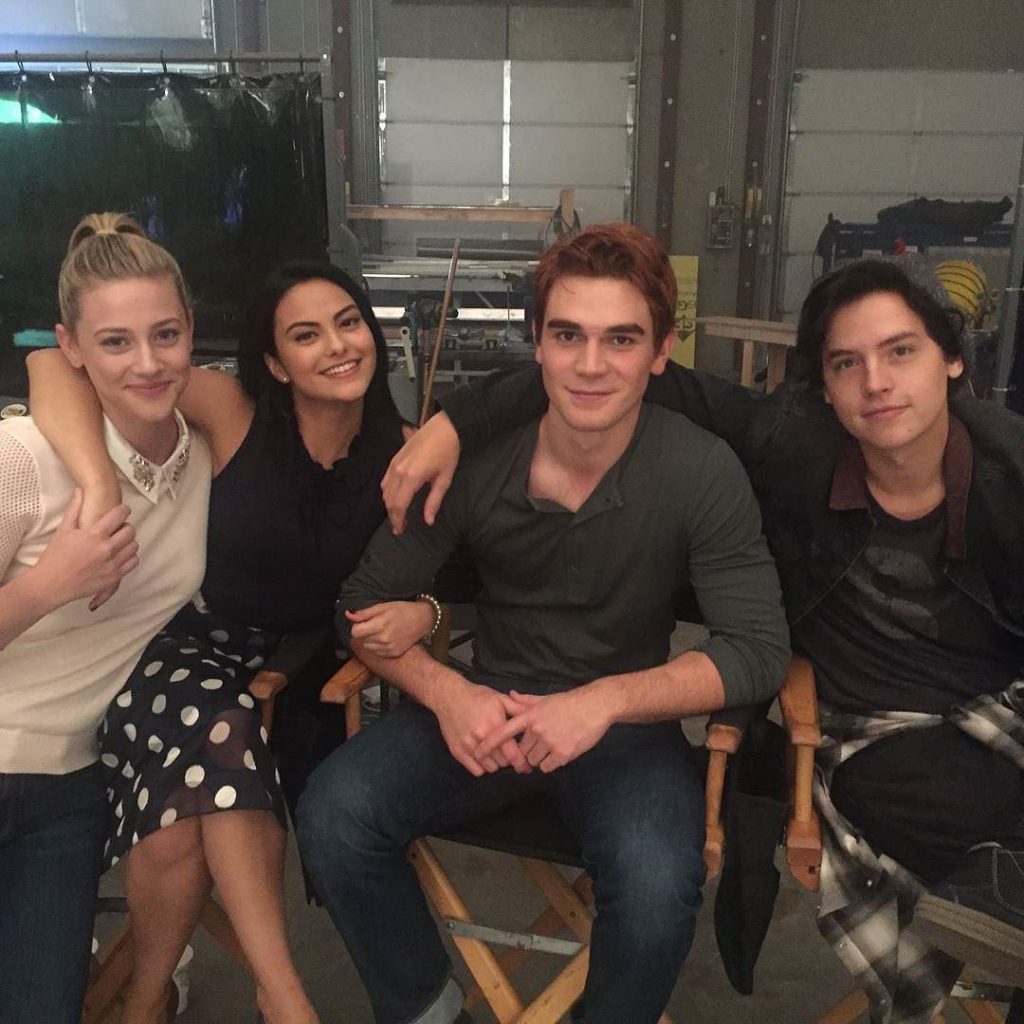 The new live-action Archie television show, Riverdale, will debut in January 2017 on the CW network. Here’s a chance to see what’s in store in this new comic version set in the same television universe. How different is it from the Riverdale of Archie Comics?  This is how to find out. . . . .

From the Previews catalog:  “From Roberto Aguirre-Sacasa and the writers of the new CW series Riverdale comes the first issue of the must-read brand new, ongoing comic series.  Set in the universe of the TV series, the Riverdale comic offers a bold, subversive take on Archie, Betty, Veronica, Josie & The Pussycats, and their friends, exploring small-town life and the darkness and weirdness bubbling beneath Riverdale’s wholesome facade.  Features interior art by up-and-coming artist Alitha Martinez (Black Panther). 32 pages, full color." 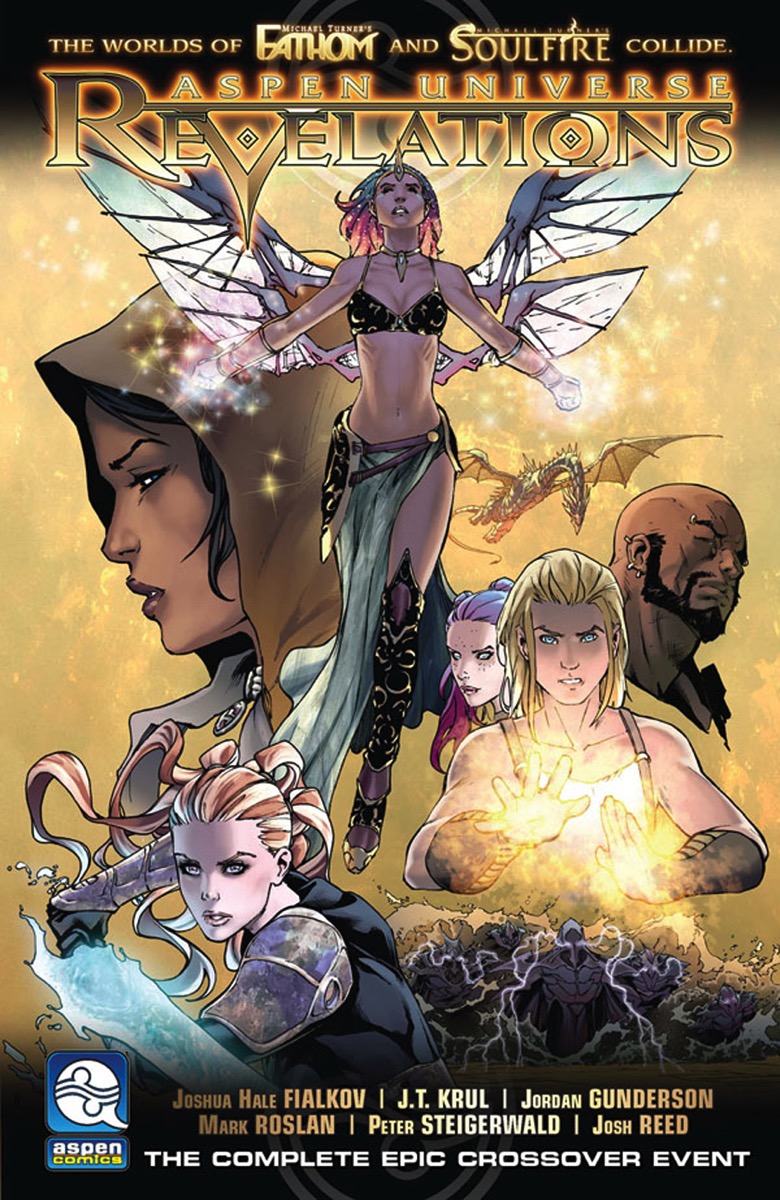 Aspen Comics continues to thrive and draw new readers, despite the irreplaceable loss of their founder, writer/artist Michael Turner.  They have managed to keep the house style of art and writing true to his vision.  Now, the Aspen Universe is being re-booted and it’s a great jumping on point for the new readers. This Trade Paperback collects the ground-breaking crossover event that has reshaped the future of the Aspen Universe.

Legenary creator Michael Turner’s two greatest creations FATHOM and SOULFIRE, united for the first time as one in this crossover story so massive in scope, it forged a BRAND NEW ASPEN UNIVERSE in the process!  A magical being of unimaginable might has destroyed the world as they knew it, and it remains up to Soulfire’s magical bearer of the light, Malikai, along with Fathom’s preeminent heroine, Aspen Matthews, to try and restore order and peace to a world decimated by the malevolent power of dark magic.” 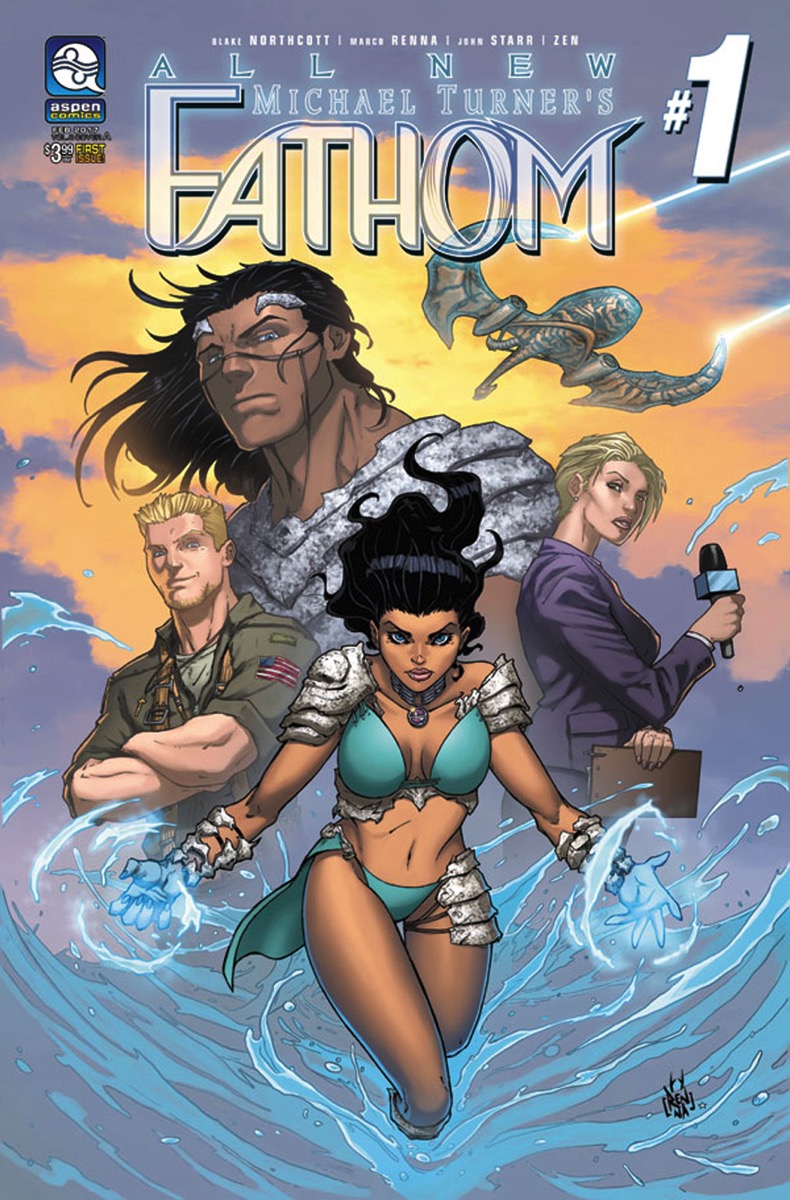 When the Fathom books first debuted more than fifteen years ago, they were like nothing else in the marketplace, with breathtaking art and concepts from Michael Turner. The character has endured, and is now close to celebrating 20 years of comics. It will be interesting to see what the new creative team will do.

From the Previews catalog: “Aspen Matthews role in the brand new ASPEN UNIVERSE, spawning out of last summer’s mega-event, Aspen Universe Revelations, is larger than ever!  Now, the prominent heroine must navigate the treacherous divide between the humans and her ancestral people of The Blue — as well as the surprises in store for both races in this all-new FATHOM landscape where anything is possible.”