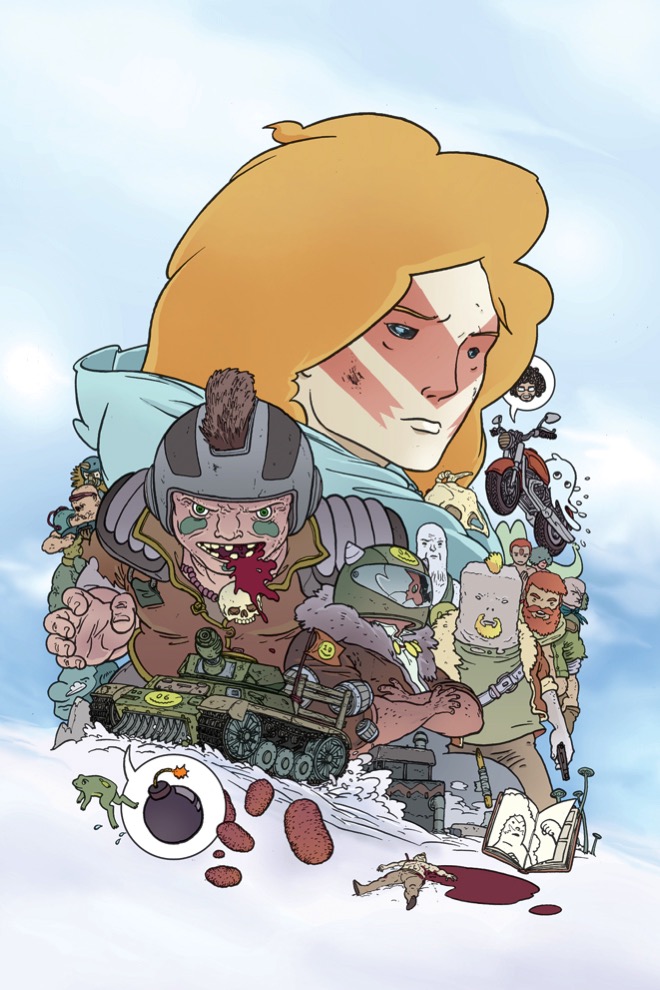 trated and Lettered by Ulises Farinas.  Colored by Ryan Hill.

MOTRO is a new original heroic epic from the creative imagination of writer/artist Ulises Farinas.  It’s difficult to be certain where this story is headed.  Issue #1 serves as an introductory point, but doesn’t dwell on background detail. In fact, none of the characters in Issue #1 are identified by names. They just appear, and act. Readers will witness a young boy, apparently the main character, who gets embroiled in conflict almost immediately.

In his dreams, his dying father repeats the same message: “save them.”  He awakes in a cave where he’s been sheltered from the snowstorm along with Wheeliebeast, his miniature sentient motorcycle who communicates by images. Apparently, Wheeliebeast is always hungry and wants to eat what the young man eats.  A strange potato-like food called pepper root is introduced, which will play a decisive role later in the story.  They travel to a village overrun by bullies who don’t respect the young boy’s mission and abuse him. However, he (Motro?) has a powerful super-hero like punch, and also knows how to absorb a beating and get back up again. The gang are assisted by intelligent magical tanks called Tankerbeasts, who are also always hungry and must be fed on a regular basis. Strange stuff, indeed. 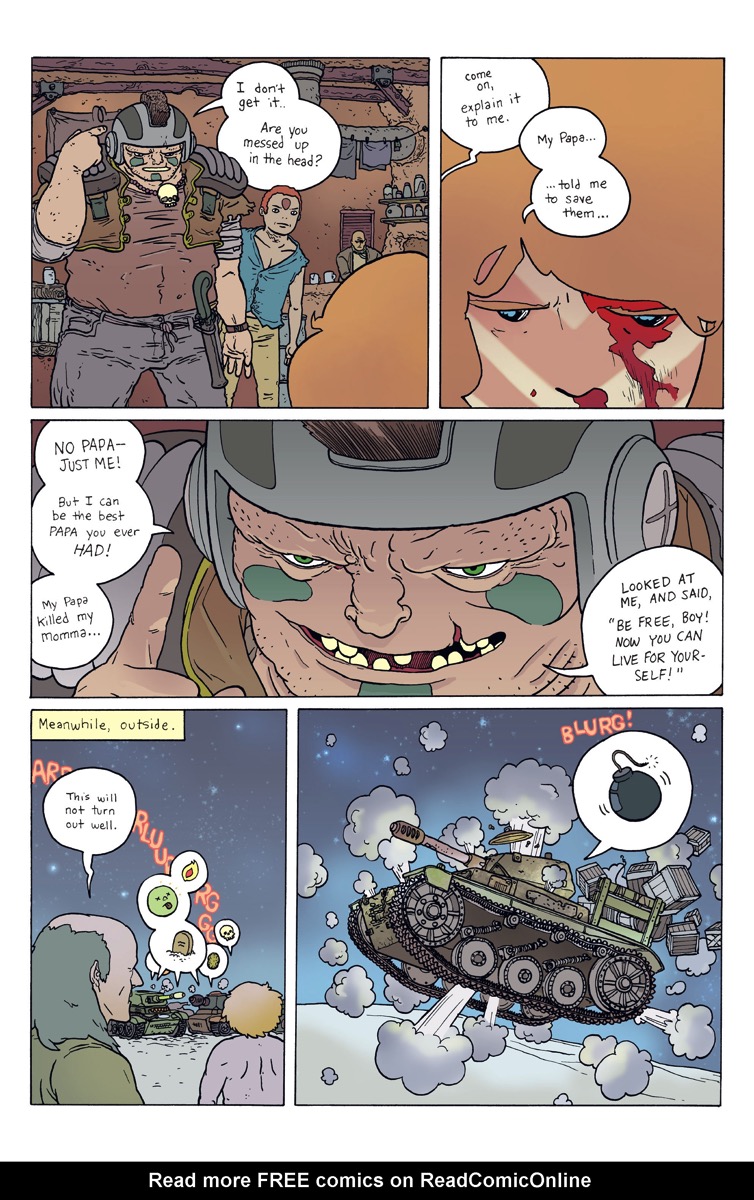 STORY:  A weird and quirky book, whose secrets we are guessing will take several issues to be revealed. It seems like a coming of age story, although creator Farina has said in interviews that he has a larger purpose in mind, and wants to explore the meaning of masculinity in a violent world as well as philosophical themes.   2 POINTS, mainly for the potential we see here.

ART:  We’ve seen various comparisons (King Conan meets Mad Max, etc.) but we’re not at all certain at this point. How about Conan if illustrated and written by the Adventure Time staff.  We see some similarities in both writing and art style to Geoff Darrow’s SHAOLIN COWBOY, although MOTRO is not as detailed in the art or as absurd in the plot.  It’s also violent like Darrow’s work,  but not as bloody or brutal. Readers will have to chose for themselves, and decide if they love it or hate it. We sorta love it. 2 POINTS

COVER:   The cover lets the reader know what they’re in store for, with a montage of characters and machines from the story.  2 POINTS

RECOMMEND?   To those that like experimental and challenging stories, yes. Others, no.  ONE-HALF POINT.

TOTAL RATING: 7.5 POINTS. There’s definitely a selective audience that would most appreciate MOTRO - - the task ahead is to get their attention.