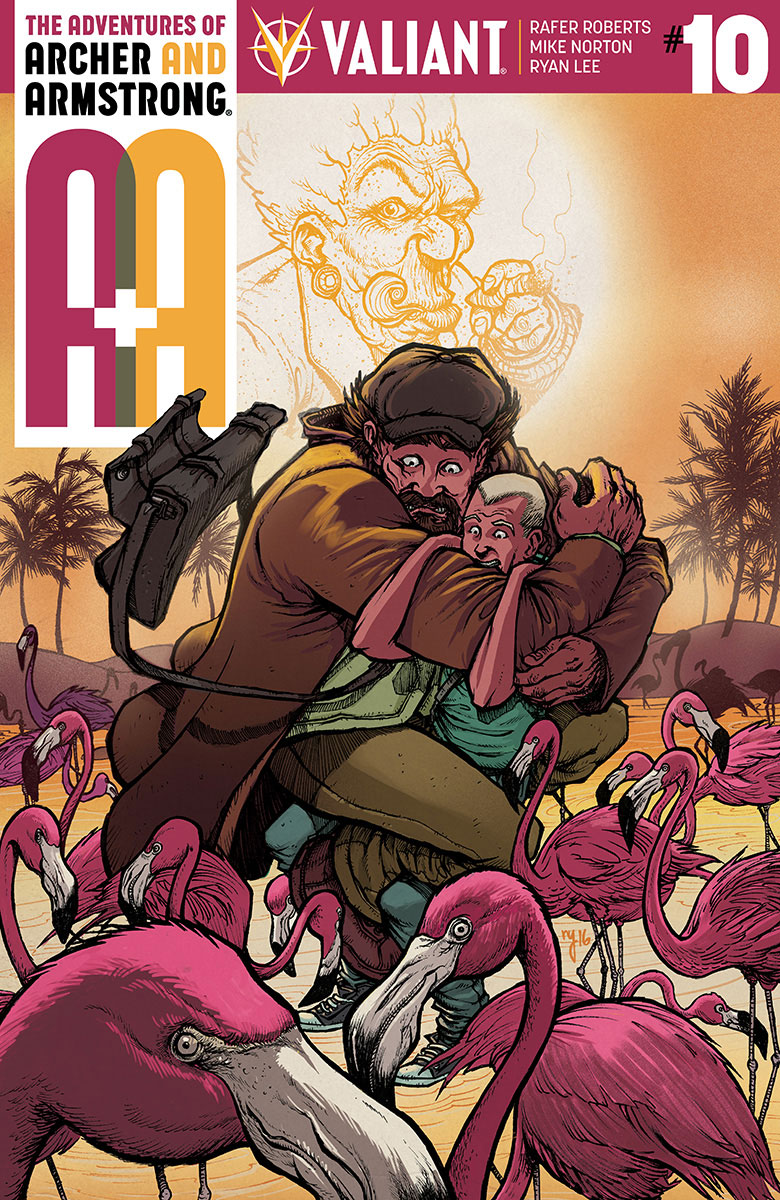 When writing an action adventure or super-hero book, it’s a fine line when attempting to inject some humor whil 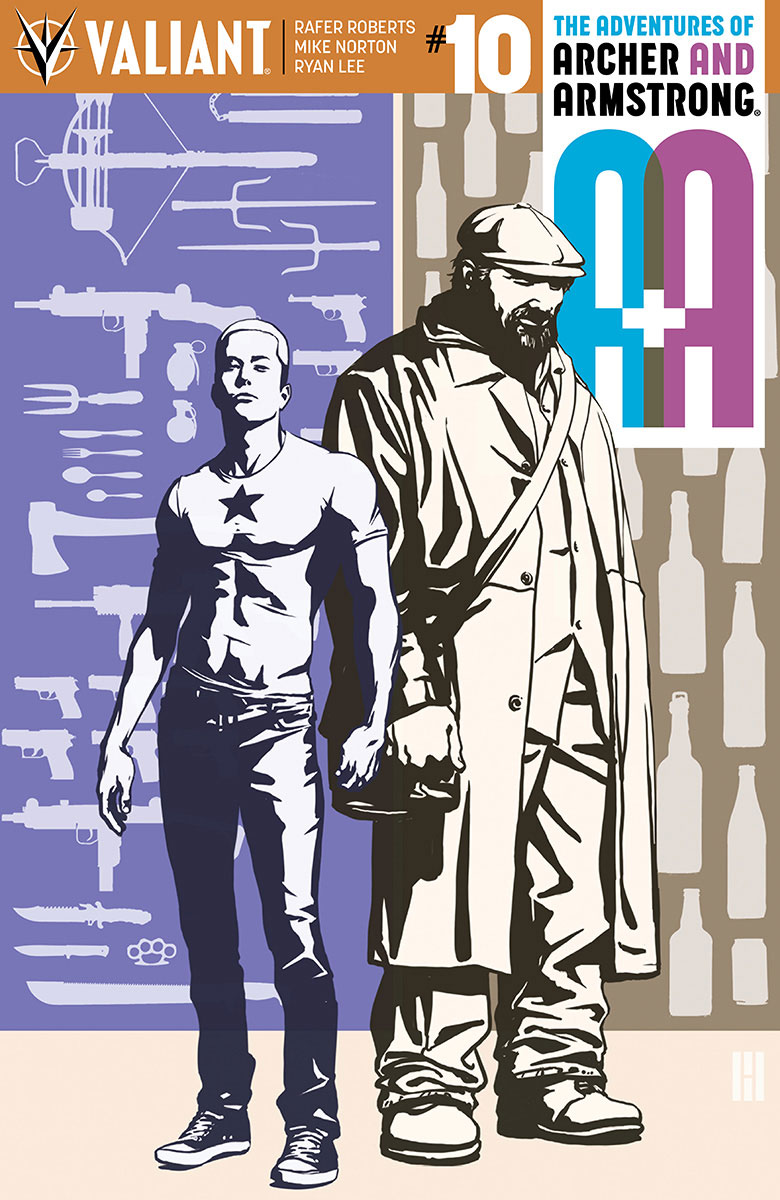 e still keeping a dramatic and suspenseful edge to events. Many attempt it, and many come off as unfunny or just stupid.  Writer Rafer Roberts has been pulling it off with ARCHER & ARMSTRONG, as did Fred Van Lente, his predecessor on the book.  Roberts keeps it humorous without resorting to grade school tropes, and doesn’t insult the readers’  intelligence.  We’re warming up to this book.

In the previous issue, Armstrong’s former wife Andromeda warned of a celestial threat. A villainous team of Austin, The 1%, and some Soviet generals conspire to steal away Armstrong’s miniature clone, Gub Gub, for the secrets within his DNA. A splinter group of Sisters of Perpetual Darkness, led by Archer’s sister, plot a heist that will bankrupt the Elder Sisters.

In this issue more is revealed regarding creator beings and god machines by channeling the mystic residue of Edgar Cayce (yes, the actual crackpot seer) as the conduit of knowledge.  Gub Gub speaks!  The spin-off sisters stumble upon a little complication in the middle of their thieving.  Mindless zombies disrupt things. Body swaps occur.

We don’t want to reveal anymore about the story, as it would spoil the effect.  The art is just as mind-blowing as the storyline.

STORY:  Crazy, inventive and fun. This may be the only not-so-serious book in the entire Valiant line.  That doesn’t mean it isn’t dark, just that some light gets through.  2 POINTS.

ART: The astral experience of Archer this issue provides for some entertaining psychedelic art.  There are two different art teams illustrating this book, but their styles are similar enough that it appears seamless. Good job all around.   2 POINTS 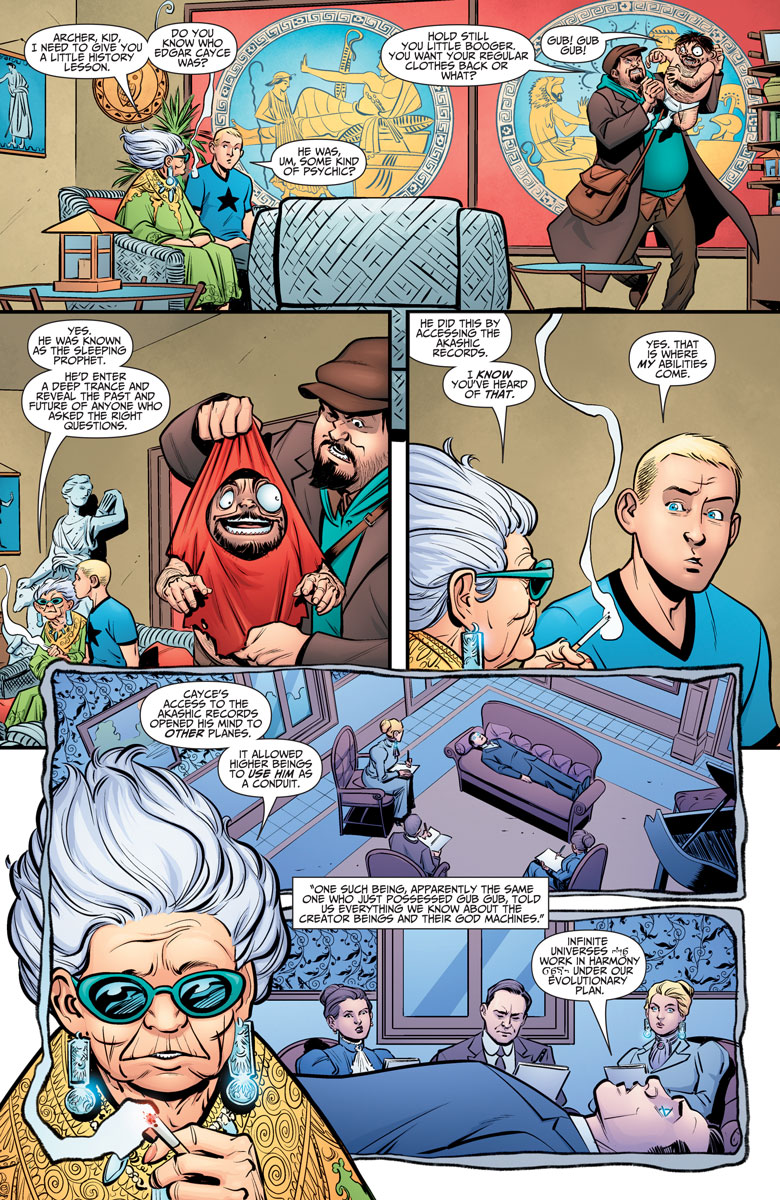 READ AGAIN?  Yes. There are no belly laughs here, but enough to chuckle at more than once.  1 POINT.

RECOMMEND? Yes.  Any book that can combine humor, characterization, and still provide some degree of suspense will get our recommendation.  1 POINT.

TOTAL RATING: 7.5 POINTS. If the books you read make things look too dark, then pick this up for some light-hearted fun. If not, get a flashlight for when the shadows make it hard to see. 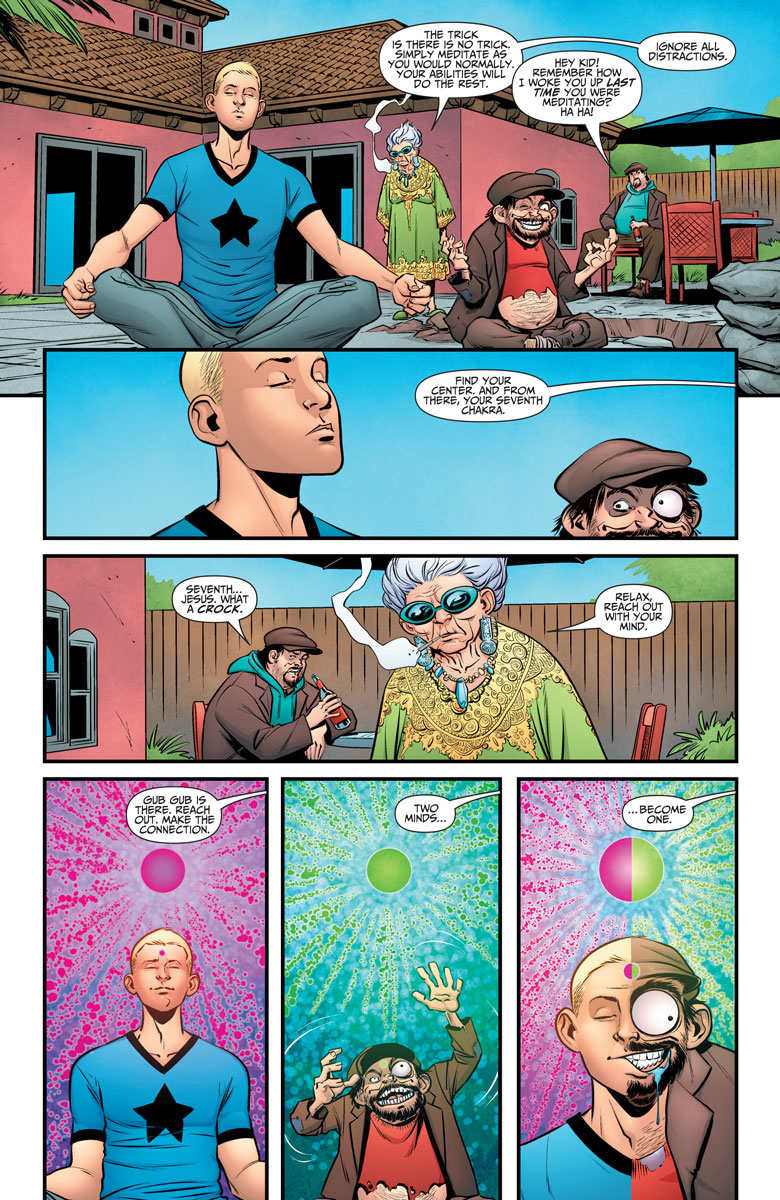