EDITOR’S NOTE: If you’ve been following our monthly Pre-Order Picks columns, then you know the drill.  Please look over the new December Previews catalog in print or online, and let your local comic shop know what books you want to receive in two months. We’ll continue to review the offerings, focusing on new titles, and leave you some suggestions for consideration. These are our picks for books releasing in February 2017. We now turn the spotlight onto some Dark Horse releases . . . . . .

The Hellboy universe of creator/writer and sometimes artist Mike Mignola has spawned multiple limited series and spin-off titles.  It’s one of the most original horror creations and there is a consistency of quality story and art in every single associated title, regardless of the creative teams involved. If you still haven’t dipped your foot into the Mignolaverse waters, there won’t be a better opportunity than February 2017. It’s a great jumping on point.

Hellboy first appeared in San Diego Comic-Con Comics #2 in August 1993.  Twenty-four years later the fictional super-hero of sorts is still going strong.  During World War II, a group of Nazi dedicated to using occult forces, summoned him from Hell to Earth on December 23, 1944. Hellboy manifested as an infant demon, was adopted by a U.S. Army troop and later grew up under the care of The B.P.R.D. (Bureau for Paranormal Research and Defense. Today, Hellboy is a trusted employee of The B.P.R.D. and investigates the paranormal with a group of paranormally skilled associates. 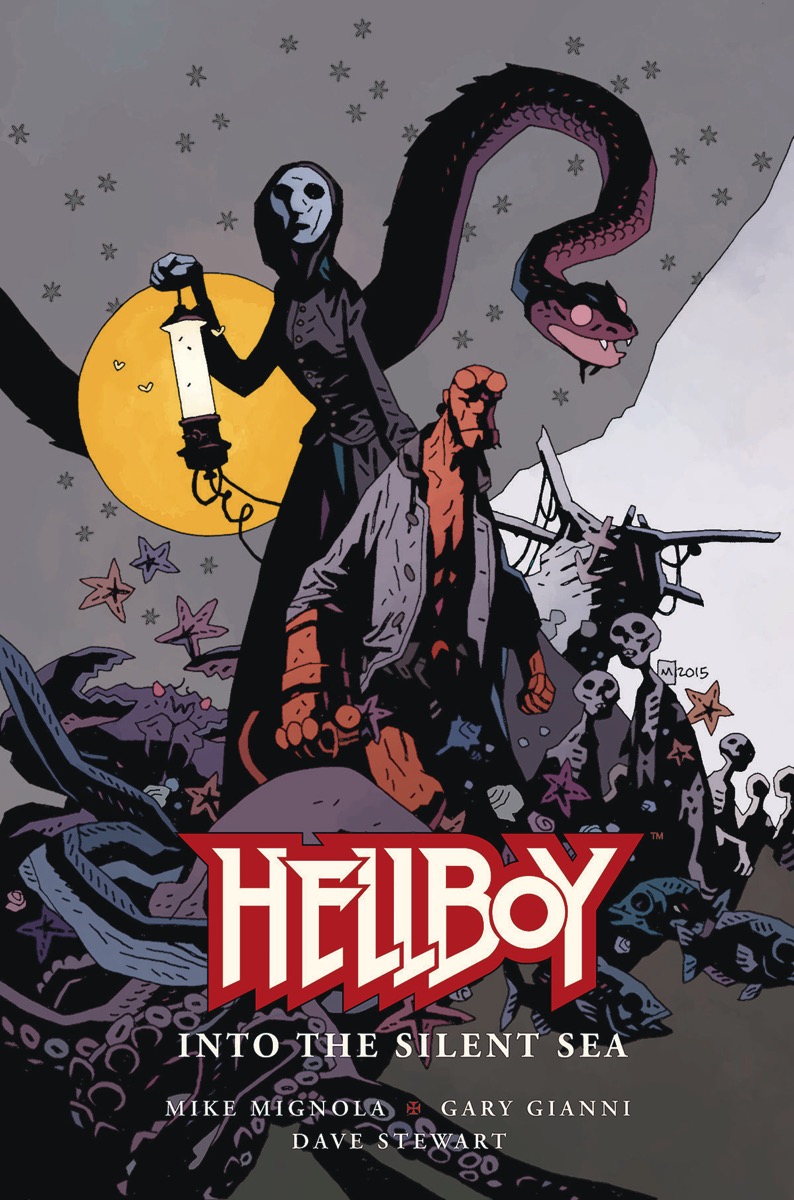 This is a brand-new, all-in-one volume, story detailing Hellboy’s encounter with a ghost ship.  The crew of phantom pirates have plans to sell him to a circus. In the meantime, the captain of the ship is in pursuit of a mammoth sea creature. Shades of Moby Dick!  This story follows the events after HELLBOY: THE ISLAND. 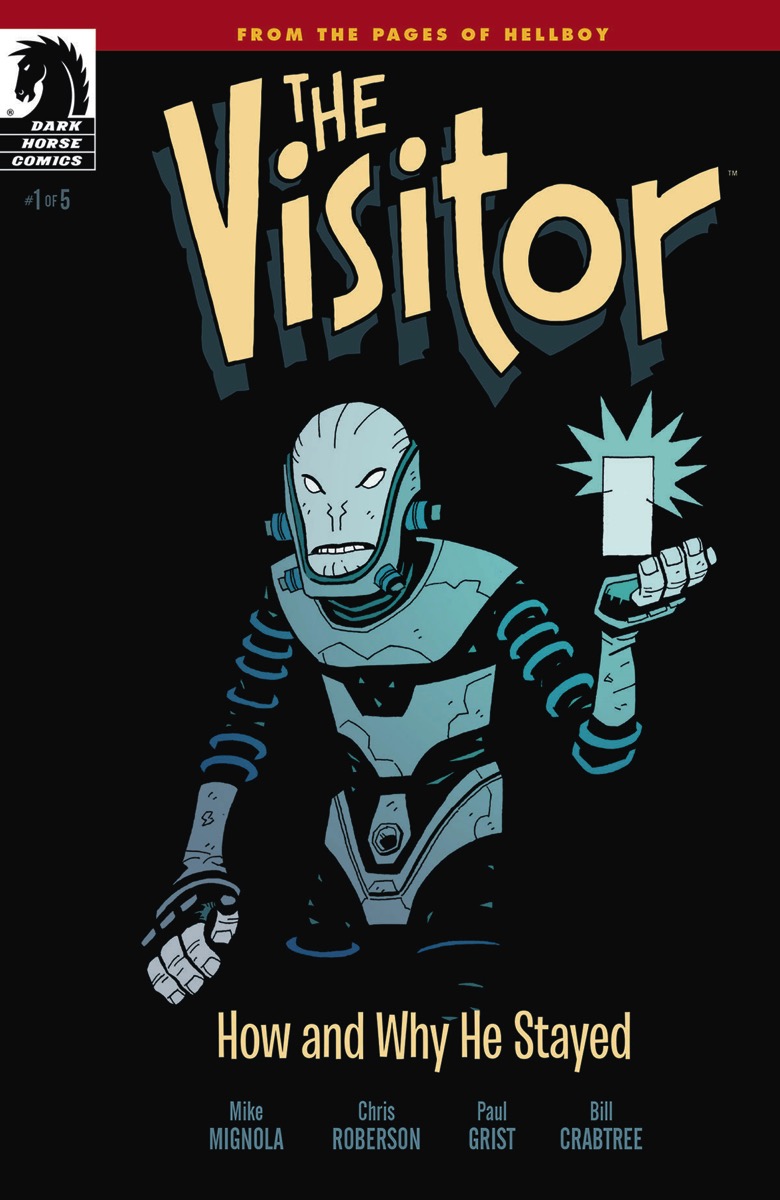 THE VISITOR: HOW AND WHY HE STAYED #1 of 5.  Writer: Mike Mignola, Chris Roberson.  Artist/Cover Artist: Paul Grist. Release date February 22, 2017.

During the 1944 Nazi ceremony that brought Hellboy to Earth, a mysterious visitor was also witness to his arrival. The visitor was sent there to kill Hellboy but stayed his hand. What he saw and why he changed his mind are the subject of this spinoff mini-series. 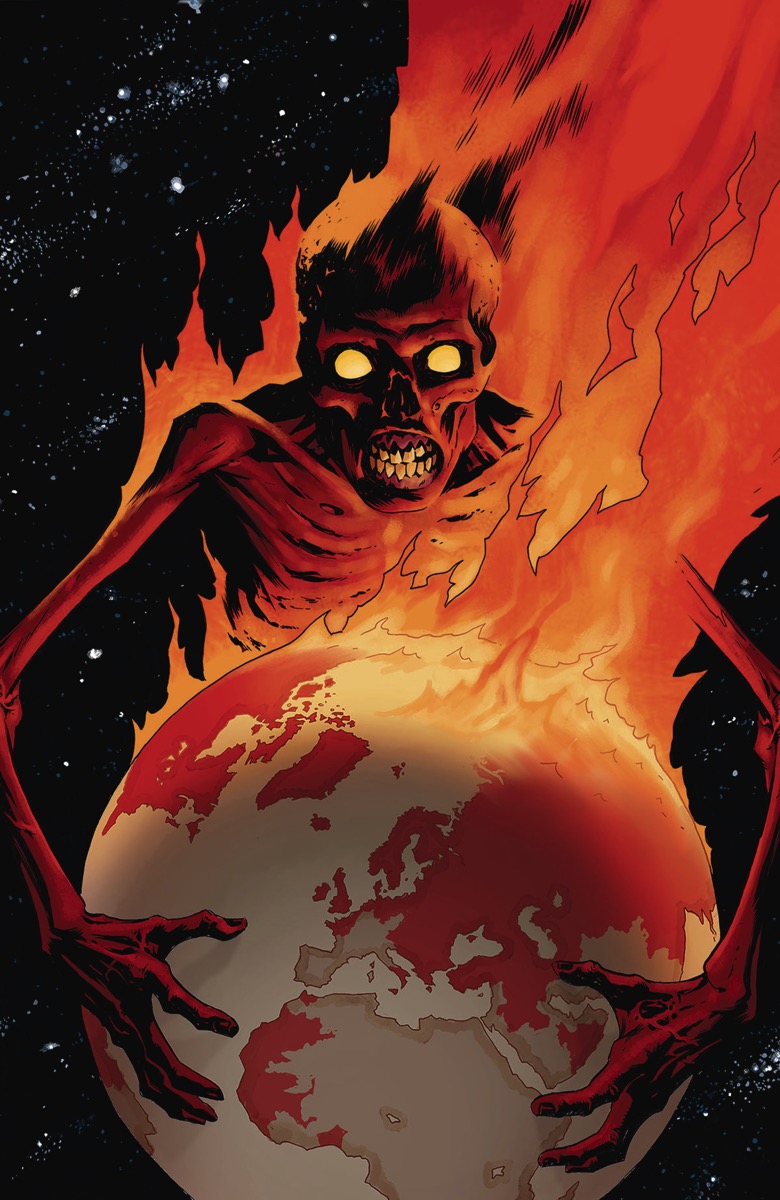 Lord Baltimore is another wonderful creation from the mind of Mignola, and operates in a time long before Hellboy came to earth.

Mignola first chronicled his adventures in a 2007 graphic novel. Lord Baltimore is a tragic figure on the hunt for the dangerous vampire Haigus. His adventures continue beyond those events, as he seeks to take down all vampires and monsters that threaten the human race.

Next was The Red King, an adversary far more frightening than Haigus. Beginning with the THE WITCH OF HARJU in 2014, THE CULT OF THE RED KING in 2015, and EMPTY GRAVES in 2016 The Red King would continue to foil and frustrate the efforts of Lord Henry Baltimore.

In this new story, The evil Red King is taking over the world. Lord Baltimore is missing, and his team has been scattered.  Can Baltimore succeed against a foe that continues to counter and evade him, or will the Red King’s evil finally consume the world? 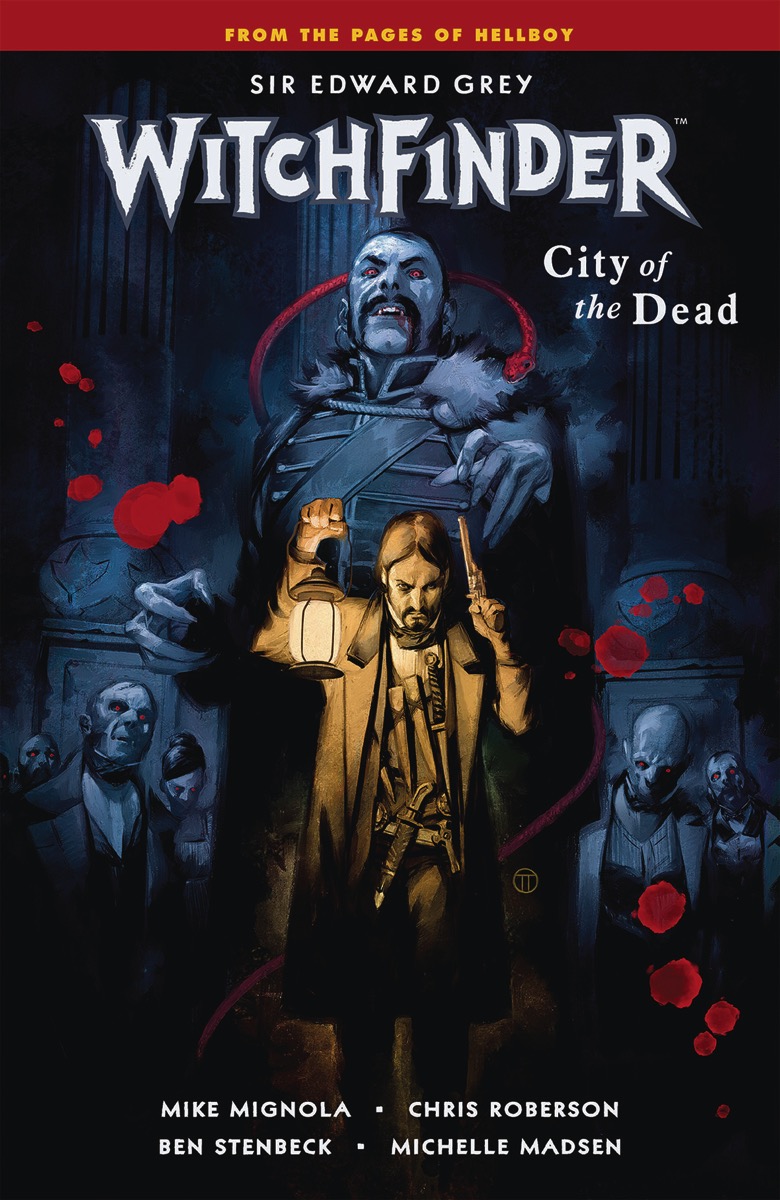 Witchfinder is another Hellboy spin-off featuring stories about the witch finder Sir Edward Grey.  All the stories have been collected in trade paperback editions, of which CITY OF THE DEAD is the latest.

Sir Edward Grey is called upon to investigate an ancient temple beneath London. However, he’s been asked to investigate by the untrustworthy Heliopic Brotherhood of Ra, a society he’s been in conflict with before. However, they may bond together over the threat of flesh eating corpses. 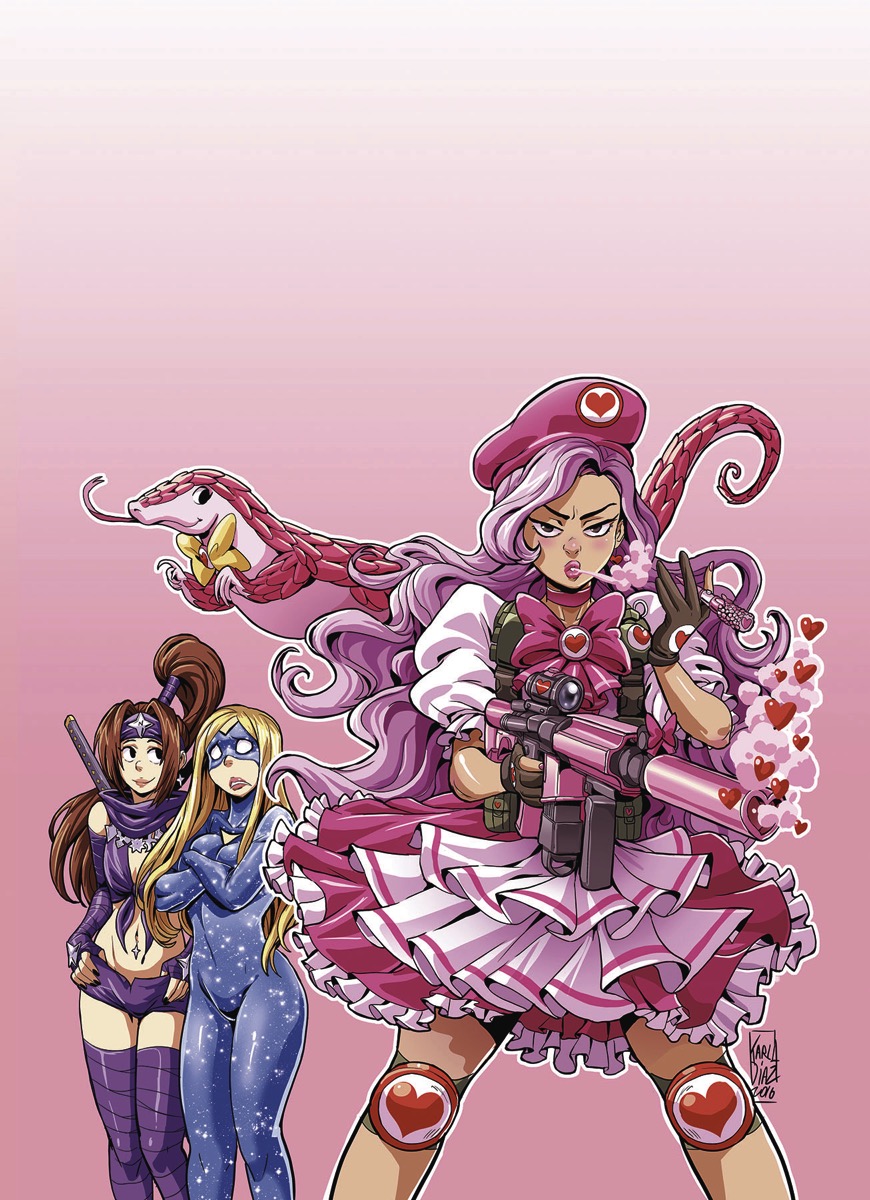 Empowered, the off-beat superhero series, will celebrate 10 years in 2017.  We have to admit that while curious, we’ve never sampled. Creator and writer Adam Warren returns with this three-issue mini-series. Seems like a modest investment in order to find out what the buzz is all about.

Here’s the promotional information from the Previews catalog: “Love is tearing apart costumed crimefighter Empowered’s city, as the unearthly powers of an embittered ‘International Magical Girl of Mystery’ covertly inflame the super heroic community’s burning passions.  But even if a befuddled Emp can puzzle out her shadowy foe’s scheme, can she hope to prevail against the Solider of Love?