EDITOR’S NOTE: If you’ve been following our monthly Pre-Order Picks columns, then you know the drill.  Please look over the new December Previews catalog in print or online, and let your local comic shop know what books you want to receive in two months. We’ll continue to review the offerings, focusing on new titles, and leave you some suggestions for consideration. These are our picks for books releasing in February 2017. Let’s take a look at some BOOM! and books . . . . . . 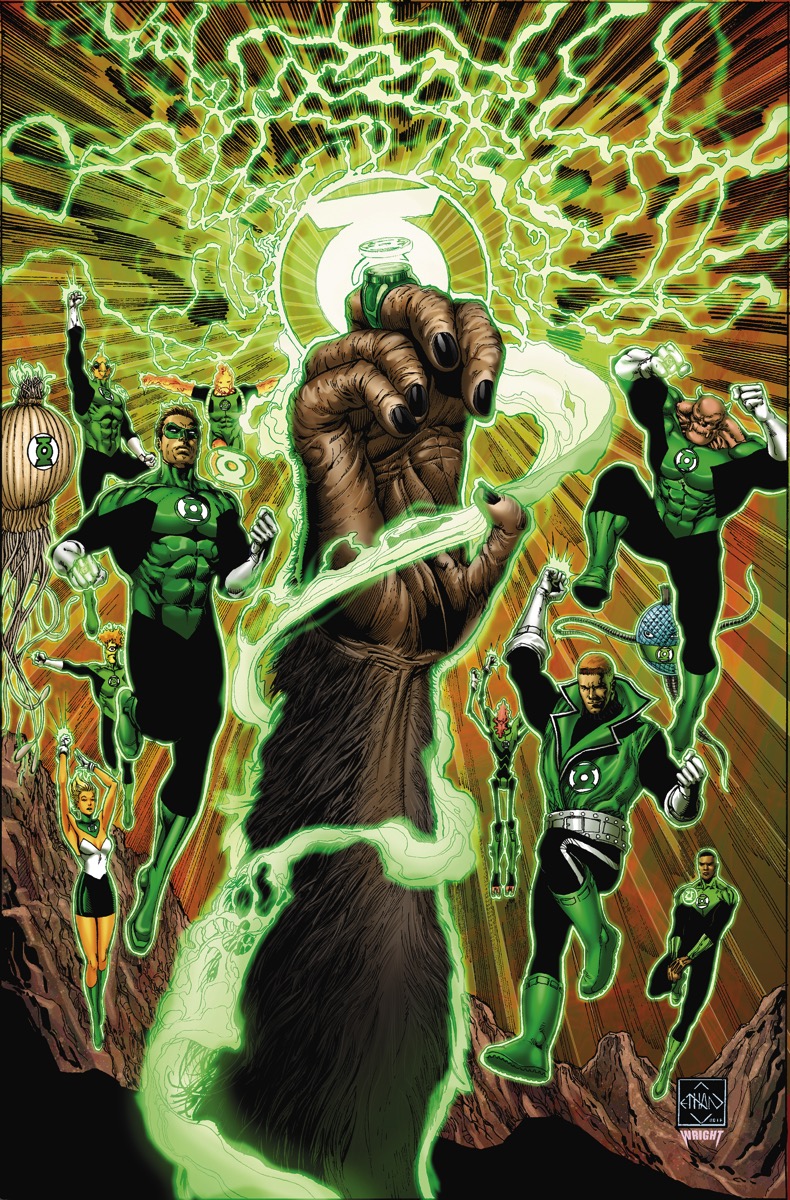 President Two classic franchises bang heads.  Previous Green Lantern / Star Trek crossovers have been very well done, and we expect the same at Boom!  Especially based on the strength of the good work they have done with the Planet of the Apes books.

From the Previews catalog:  “When the Forbidden Zone is thrown into chaos, Cornelius investigates and discovers an ancient ring, unlike anything the universe has ever seen. As its power echoes through the stars, the Guardians must reveal to their Lanterns a secret they had hoped would remain buried.  With the Green Lantern Corps (led by Hal Jordan) racing to get to the source of this power before Sinestro can get his hands on it, they will discover a truth that will change them forever on  . .. The Planet Of The Apes.” 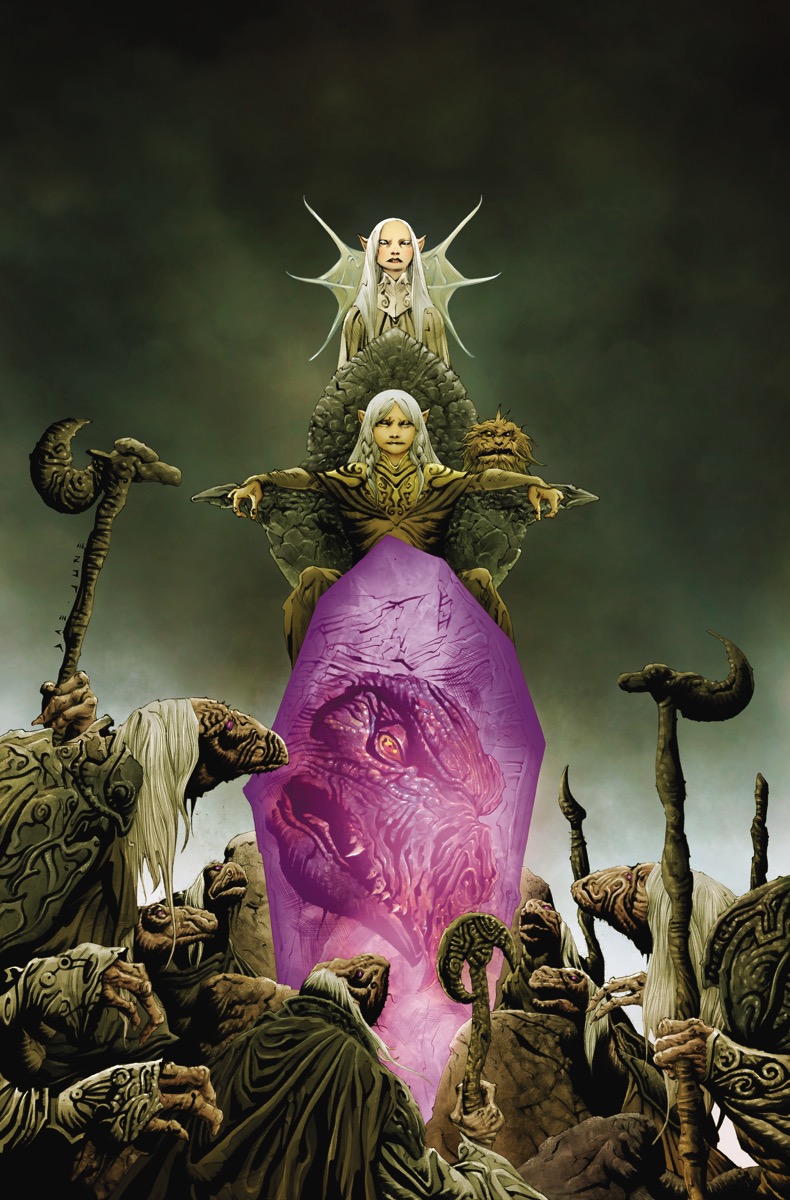 The Dark Crystal was the first fantasy film to be done completely in puppetry, and proved to be a groundbreaking project that still generates interest today. This new series promises to be a sequel to the original movie, and is based on the script of the feature film that was planned but not realized. Spurrirer is a great choice to write the comics adaptation.

From the Previews catalog: “In celebration of the 35th anniversary of Jim Henson’s The Dark Crystal, return to the world of Three in an official sequel to the beloved fantasy film.

Discover an all-new race of creatures called Firlings that live in a realm near the planet’s core, based on official character designs by Brian Froud.

Years have passed since the events of the original film, and though Jen and Kira have ruled three as King and Queen, bringing Gelfling back to the land, they have become distracted by power and can no longer feel or see the needs of the world the way they once did.

Thurma is a young Fireling tasked with stealing a shard of the Dark Crystal to restore power to the realm.  Along the way she’ll befriend the young Gelfling Kensho, bring back the Skeksis and Mystics, and embark on one incredible adventure.” 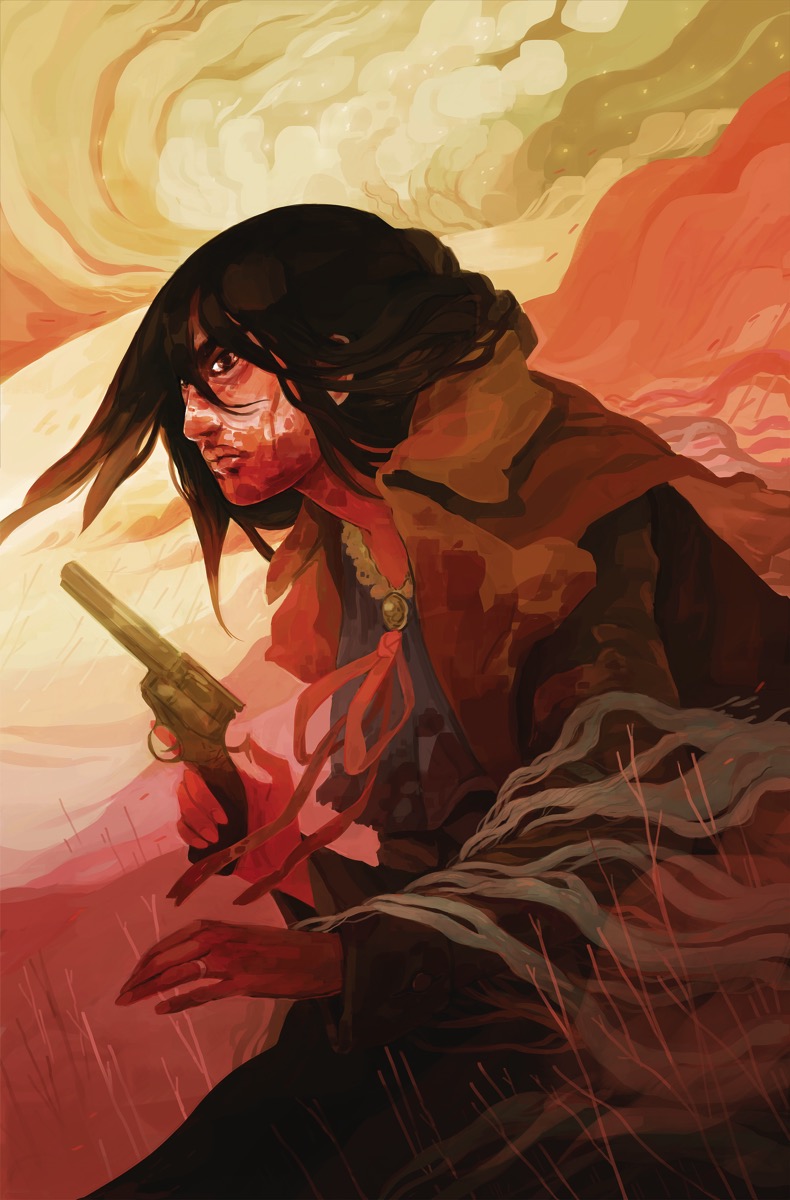 The creative minds behind The Thrilling Adventure Hour radio serial style podcasts, stage plays, and comics turn their skills to the Weird West in what should be a stimulating tale.

From the Previews catalog:  “Seven outlaws have killed Miranda Coler and her family, but her death turned out to be a little less permanent than they expected.

Blessed with the inability to fully die until she exacts revenge on her family’s killers, but cursed to lose a part of her memories every time she’s ‘killed’, Miranda will need the help of Joseph Murray, an undertaker dabbling in necromancy hoping to bring back his wife, if she’s ever to find peace.”