EDITOR’S NOTE:  It’s not too late to place your advance order for more books releasing in February 2017, as we wrap up our Pre-Order Picks with this final column for the month. Your local comic shop can still add to their order.  That’s especially important, as we conclude with some small independent publishers who really benefit from pre-orders, as it helps them with the print run estimate. That way, trees are conserved as unnecessary copies don’t get printed. These are also books that you shouldn’t be expecting your local comics shop to stock - - so if you want them you need to let them know in advance.  Here are our final picks for your consideration, from some small but no less important publishers worthy of your attention, SCOUT, SPACE GOAT and newcomer VAULT . . . . . 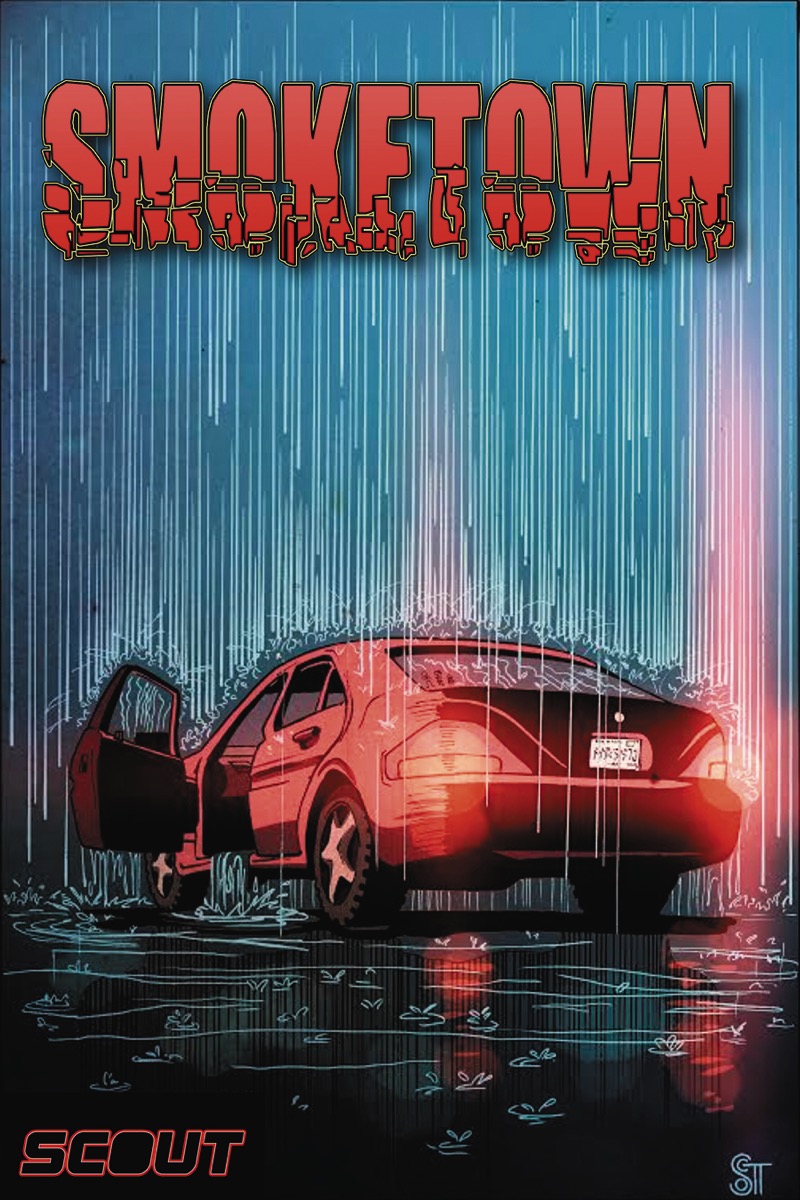 We love crime stories, especially when a good creative team gets involved. There’s something special about eye witnessing how a great artist interprets the writer’s vision and makes it happen from panel to panel.  There’s a good team behind Smoketown, and the works cited as inspiration are gems of the genre . . . . .

From the Previews catalog: “From acclaimed writer Phillip Kennedy Johnson (Warlords of Appalachia, Last Sons of America) and introducing artist Scott Van Domelen, comes the first in an interconnecting series of chapters in the tradition of David Lapham’s Stray Bullets, Brubaker/Phillips’ Criminal, and Pulp Fiction.

Each chapter explores the final days of a murdered soldier from a new perspective, each one exposing the criminal side of a small industrial Pennsylvania town.  In Chapter One, ‘Killing Marcus’, after a life-or-death situation, a battered wife and mother has until sunrise to cover up her husband’s murder, not known that her actions have set her up for a confrontation with some even more dangerous people.”

"Scout Comics & Entertainment develops, publishes and launches creator-owned comics. By consistently bringing exciting new, talented voices and their Intellectual Property to market, we have established ourselves as a pipeline to major studios and producers for some of the best new characters, ripe for development in TV, Film, Digital, Mobile, VR, and video games.

Scout Comics evolved from the growing success of Ardden Entertainment.  Renewed vigor, new amazing talent, exciting new stories and a new focus on characters who can become franchises in their own right, have set the company down the path of becoming one for the ages! " We can hear the groans - - not another zombie book!  This one’s different enough to merit a look - - a humorous kid-friendly zombie story . . . .

From the Previews catalog:  “Welcome to Zombie Camp!  The go-to place for hard-working zombie parents to drop off their zombie kids for the summer, so they can focus on just trying to make an unliving.

Camp Wanachompya teaches all the basic skills - - shambling, spotting imposters, slow dodge - - in order to survive the human apocalypse.  In our first issue, Johnny hears a rumor that Sarge’s body is hidden somewhere in the forest outside the campground, so he recruits Violet and some of the other campers to go on a mission to find out if it’s true.” 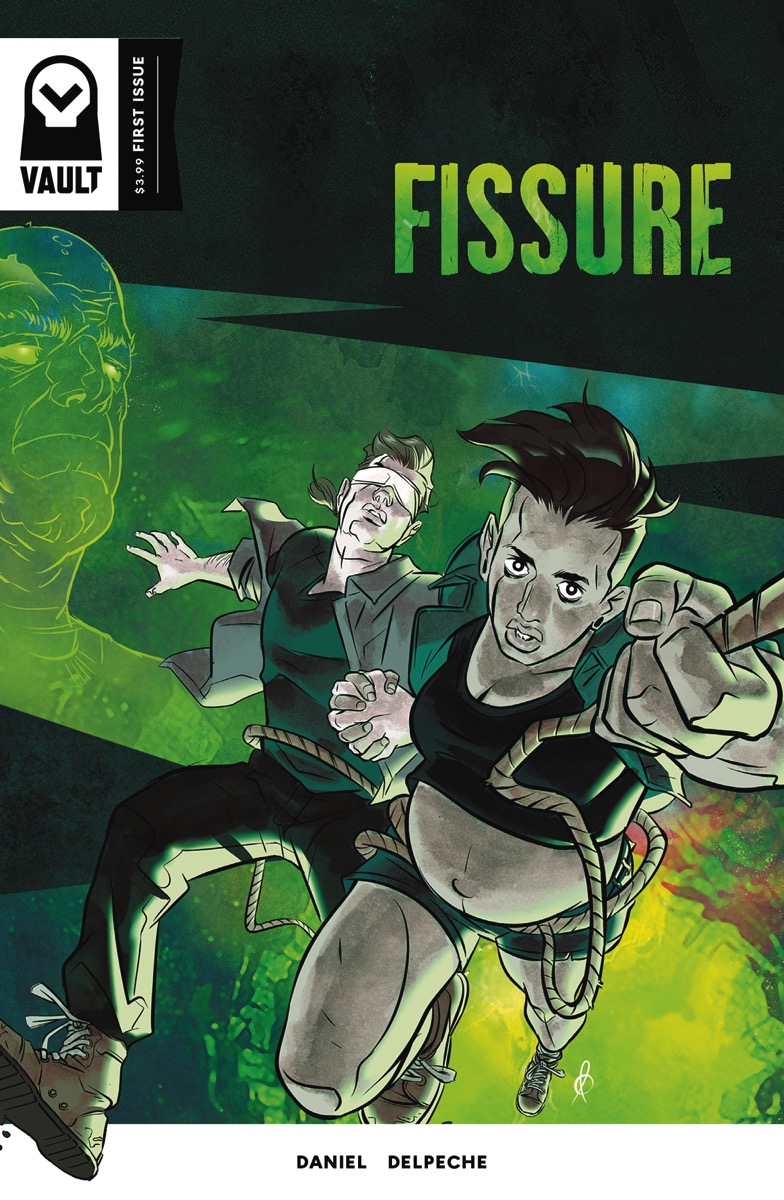 From the Previews catalog:  “El Sueno, Texas was a single street town withering under the shadow of the Mexico - U.S. Barrier.  Then, the pavement split, and a massive crack spread from one end to the other, rapidly swallowing El Sueno whole.  Young couple Avery Lee Olmos and Hark Wright fight to escape the mysterious sinkhole and the malevolent force that beckons from its depths.” 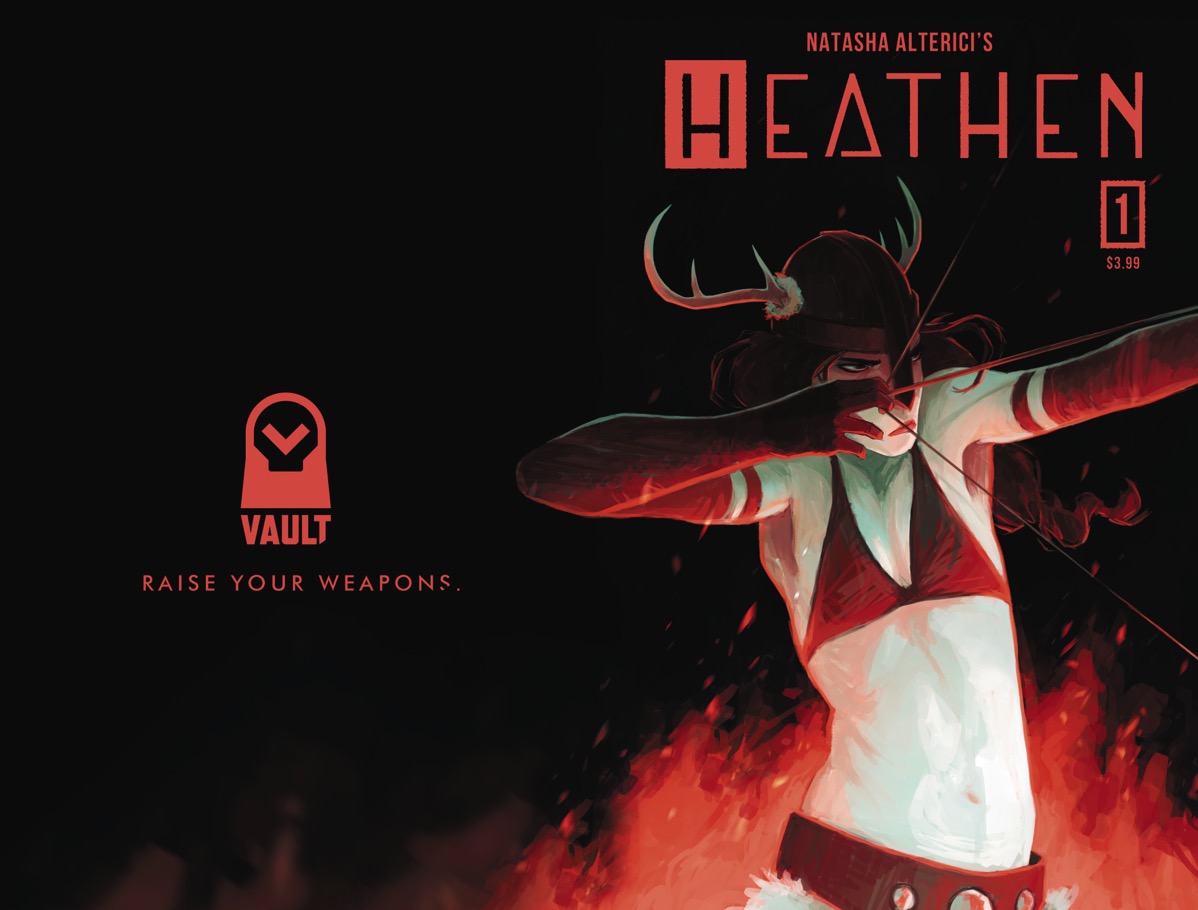 From the Previews catalog:  “Avdis is a viking, a warrior, an outcast, and a self-proclaimed heathen.  Avdis is friend to the talking horse Saga, rescuer of the immortal Valkyrie brynhild, and battler of demons and fantastic monsters.  Aydis is a woman.  Born into a time of warfare, suffering, and subjugation of women, she is on a mission to end the oppressive reign of the god-king Odin.”

Inside the Vault, it’s safe to be different.