EDITOR’S NOTE: If you’ve been following our monthly Pre-Order Picks columns, then you know the drill.  Please look over the new December Previews catalog in print or online, and let your local comic shop know what books you want to receive in two months. We’ll continue to review the offerings, focusing on new titles, and leave you some suggestions for consideration. These are our picks for books releasing in February 2017. Let’s take a look at some AMERICAN MYTHOLOGY books . . . . . . 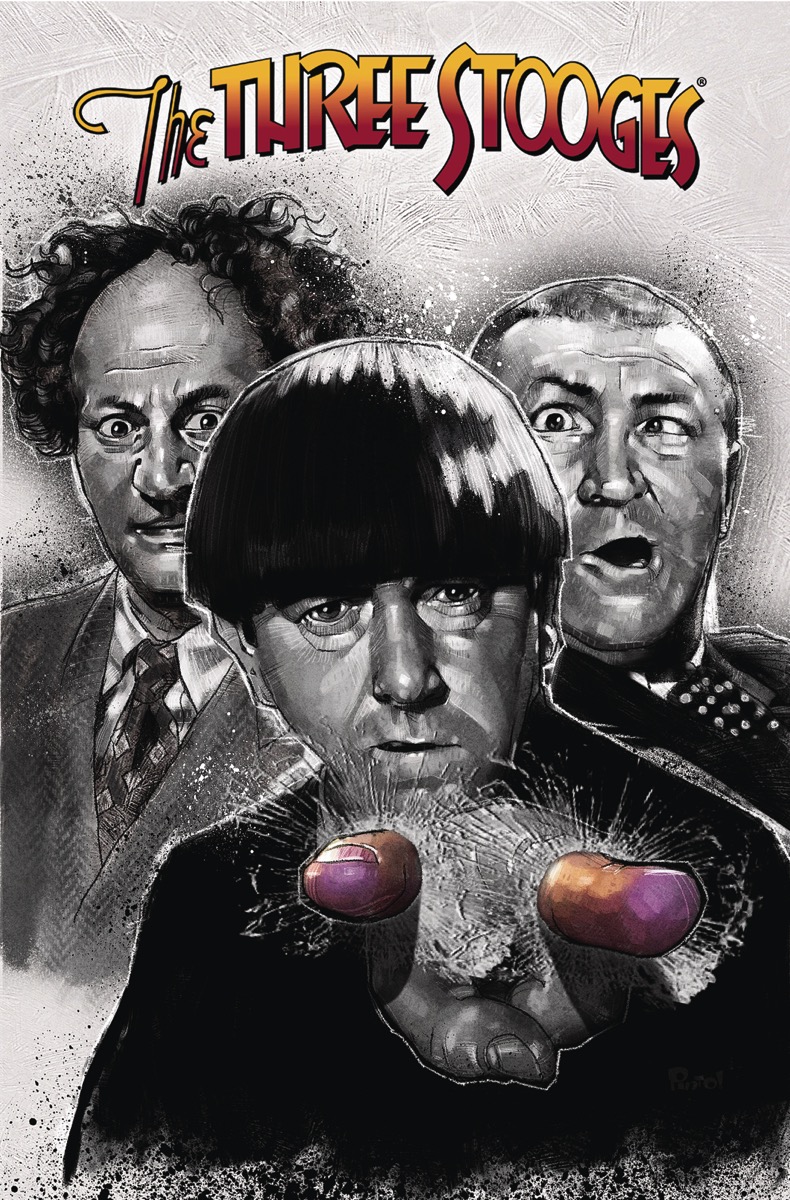 Back in the 1960’s, The Three Stooges were the kings of after- school local television on stations across the country that showed their numerous short films. We remember getting home from school to view their slapstick antics and comedy.  American Mythology has respectfully captured both the spirit and humor of those fun films with new stories from a variety of former fans, now writers.  We haven’t read every single one of the new issues, but have enjoyed those that we did — especially the pre-election issue where Curly wins the popular vote.  They are all collected here in one place for those curious readers who want to find out what all the fun is about.

Volume One collects the Boys Are Back, Stooge A Palooza, Red White And Stooge, Curse of Frankenstooge, and Halloween Hullaballoo stories, and includes extra fun parody ads, interviews, and classic comics. 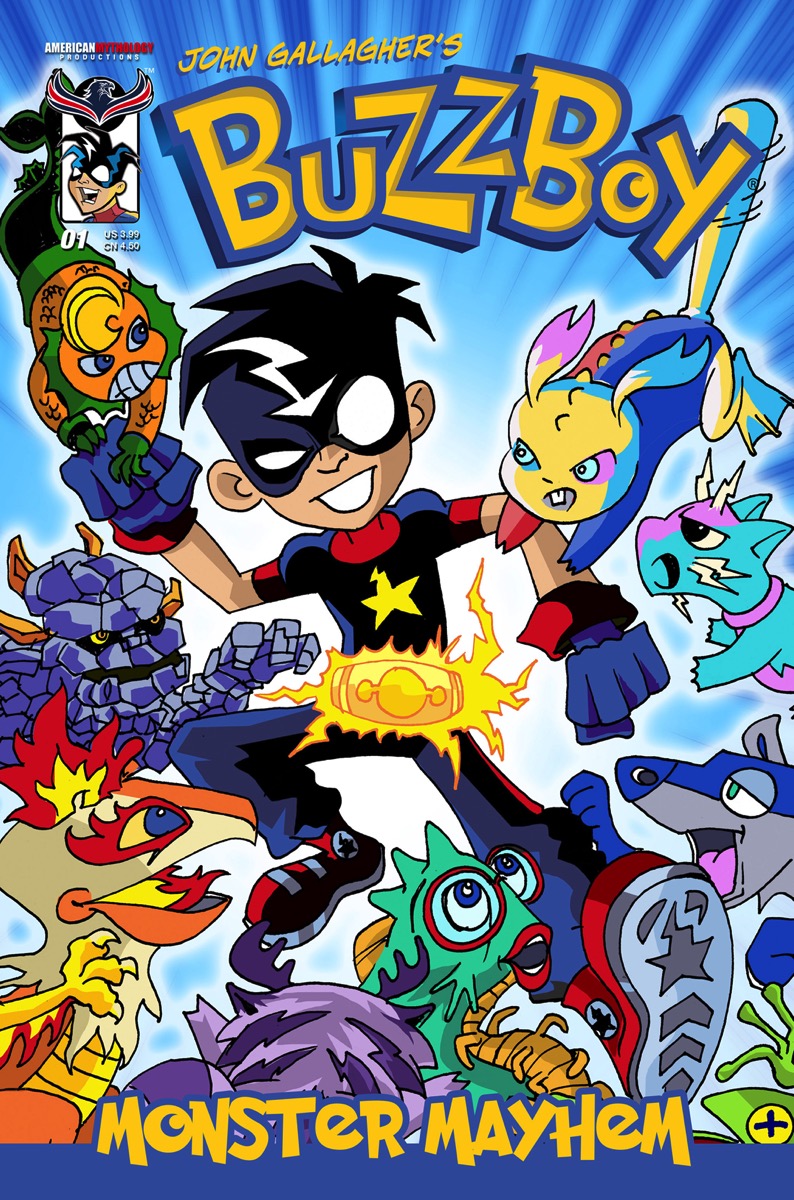 The adventures of Buzzboy, previously self-published and hard to find without attending comics conventions, now come over to American Mythology to find a larger audience.  Buzzboy is a fun book, and Gallagher is a trailblazer who has dedicated his comics work to producing entertaining and educational books for younger readers. The premise for this new adventure is clever and seems like good fun.

From the Previews catalog:  “Monsters are over-running Buzzboy’s city, thanks to a super popular game app gone wild.  It’s time to uncover a ferocious monster mystery, just as Buzzboy and friends are being blamed for the city’s troubles.  Featuring the return of the world’s coolest sidekick, Buzzboy, super speedster Zoomer, and sarcastic sorceress beck, in all-new comedic adventures for those that enjoy Teen Titans Go! and Gravity Falls.  You’ll love this new take on superheroes, focusing on the funny business that happens between saving the world and living together as teenagers, with only a mad scientist for supervision.  Created, written and drawn by Harvey-nominated John Gallagher (Pink Panther, Adventure Time).” 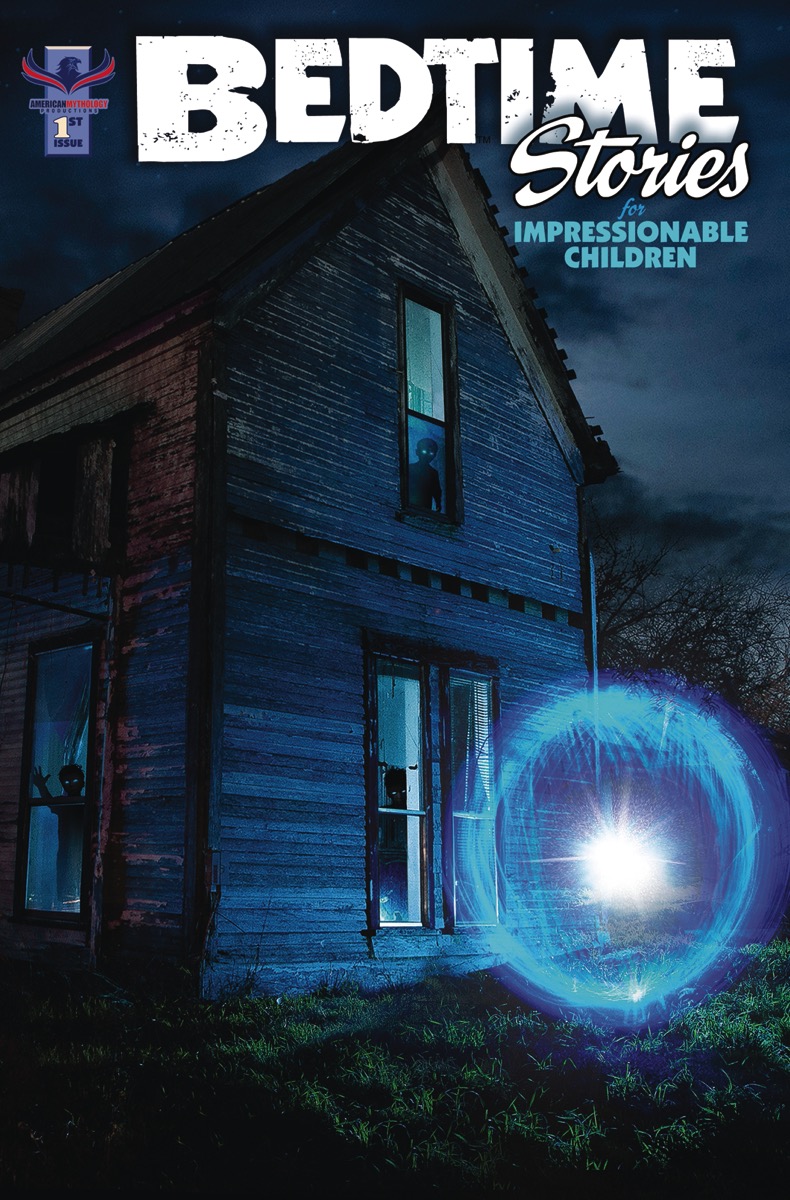 Legendary writer Jim Shooter comes to American Mythology to write for a book with horror stories in the vein of Tales From The Crypt.

This is a new take on a previous horror anthology that was favorably received, but not widely distributed. We loved the prior version, and look forward to more stories in a similar style.  Get on board now.