Ursula Stormholder: jump on board with space pirate fundraiser

EDITOR’S NOTE:  Fans of original sci-fi space opera should check out the fundraiser for this new project. You can participate without spending too much.  The project is already funded, so there is no risk of the first issue never being printed. You can watch a video of the creators explaining their vision for the project on the Kickstarter site link below . . . . . .

Ursula Stormholder was raised by pirates with a chip on her shoulder the size of Uranus, but for the right price, she just may s 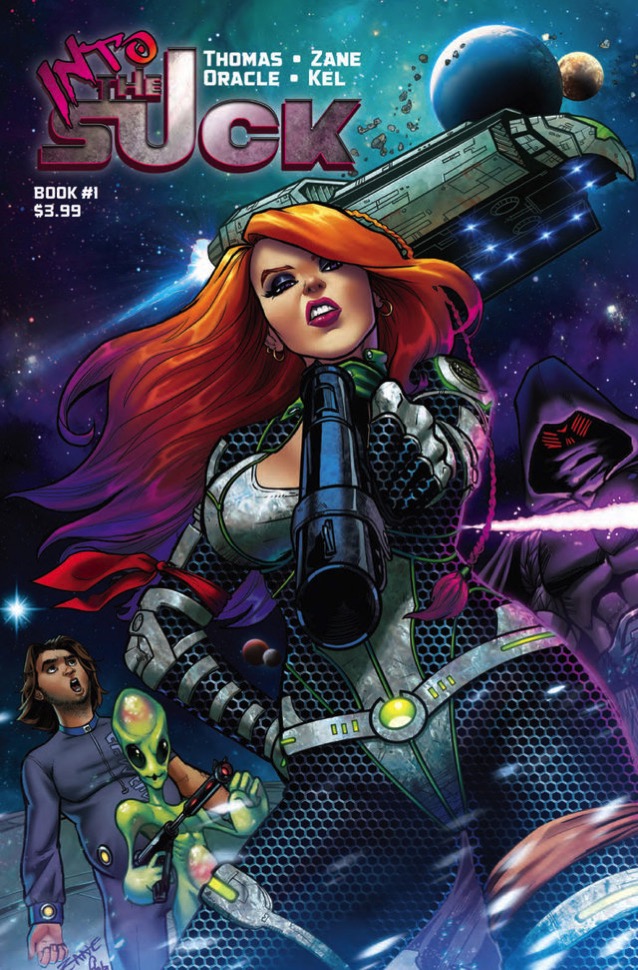 Ursula Stormholder is the complete package: Beauty and the Beast.  The daughter of the most feared pirate in space, she makes her living as a privateer.  Pick up, delivery, and the occasional kidnapping are among the list of services she offers.  While trying to make a living, she is also making a reputation for herself outside of her father’s shadow.  It’s not necessarily a good one.

She has friends and enemies at every port, not equally proportionate.