EDITOR’S NOTE:  We wrap up our feature on the monthly PREVIEWS catalog ahead of schedule.  It helped that we focused on specific titles this time - - just new titles or series, or collections.  We never intended to list all #1 issues, just those that bring something new or different to the table, based on what we know about the concept and/or the creators.  Lest you think that we short-changed Marvel by only listing one title, keep in mind that they actually aren’t introducing any new series in September.  You can probably expect a flood of #1 issues to appear in the month after the Civil War mega-event concludes (something we are avoiding, as we mentioned earlier).

Since business reality makes it impossible for a local comic shop to order some of everything, they depend on the comics readers to tell them what they want to see.  It’s a dice roll for them every month.  Won’t you help with the odds by at least telling them what you want to buy from them in two months?  Please give it a try.  We’ll do our best here to help you with those selections, from a BC Refugees point of view.  Not objective, but absolutely subjective. 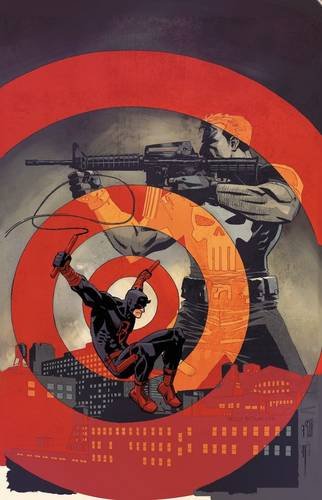 ood, full of action and the contrasting conflicts between the two vigilantes.

From the PREVIEWS catalog: “It’s a clash between two vigilantes with very different ideas about justice! A simple change of venues for one of Matt Murdock’s cases becomes more complicated when the Punisher attempts to send the defendant away - - permanently!  If Daredevil and his protege, Blindspot, want this Russian mobster to have his day in court, it will take everything they have.  But all Frank Castle needs to get his job done is one bullet.  And with the gangster’s associates also on his trail, getting him to the airport won’t be easy.  Will the Punisher get the chance for a kill shot?  Will Daredevil secure a fair trial in Texas, where the accused may still end up facing a lethal injection?  Or will this matter of life and death be decided by . . . the Crimson Dynamo?  Collecting DAREDEVIL/PUNISHER (2016) #1-4."

NIGHTS DOMINION #1: Writer/Artist/Inker/Colors Ted Naifeh.  The well-deserved reputation of Naifeh is growing. Not only is he an imaginative creator and scripter, but his art is taking it to another level. This book may feature his best illustrations yet.  Just check out the pages in the PREVIEWS catalog page 412-413.

From the PREVIEWS catalog:  “Umber — an ancient, sprawling city where the rich live like kings and the poor are lucky to get their scraps.  At its cen 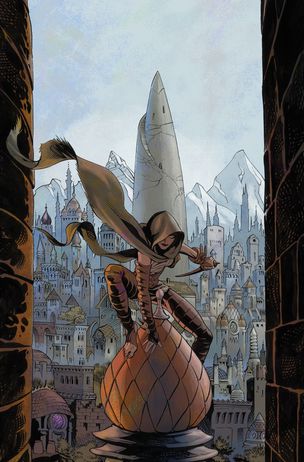 ter, the tower of Uhlume rises, guarding untold riches.  Though heavily guarded, with the right plan . . . the right people . . . the treasure is free for the taking.

Enter our five players: the Bard, the Acolyte, the Asp, the Magus . . . and a barmaid?  But this barmaid knows the city better than anyone.  This barmaid hides a dark secret.  And this barmaid needs to make a lot of money . . . fast.

From the mind of Ted Naifeh (Courtney Crumrin, Batman 66) comes a new dark fantasy epic for fans of Rat Queens and Game of Thrones."

BRITANNIA #1: Written by Peter Milligan.  Art by Juan Jose Ryp. Valiant takes a bold step forward, away from their iconic licensed properties and into all new, original material.  All we need to hear is this psychological thriller involves myths and monsters — and we are interested. And there is no better writer to script a psychological thriller than the master, Peter Milligan.

From the PREVIEWS catalog: “On the fringe of civilization, the world’s first detective is about to mak 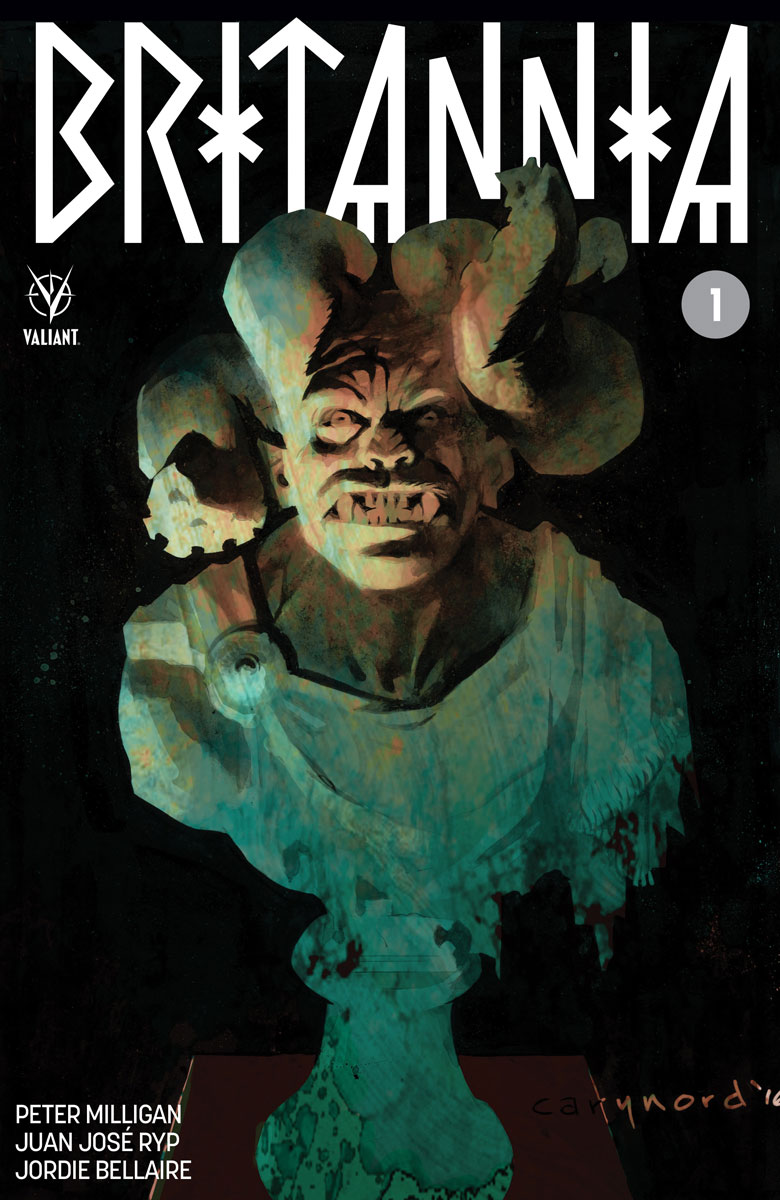 Ruled by the Fates.  Manipulated by the Gods.  Commanded by Caesar.  In the year 65 A.D., one’s destiny was not his own.  At the height of Nero’s reign, a veteran of Rome’s imperial war machine has been dispatched to the farthest reaches of the colonies to investigate unnatural happenings . . . In the remote outpost of Britannia, Antonius Axia — the First Detective — will become Rome’s only ope to reassert control over the empire’s most barbaric frontier . . . and keep the monsters that bridge the line between myth and mystery at bay. 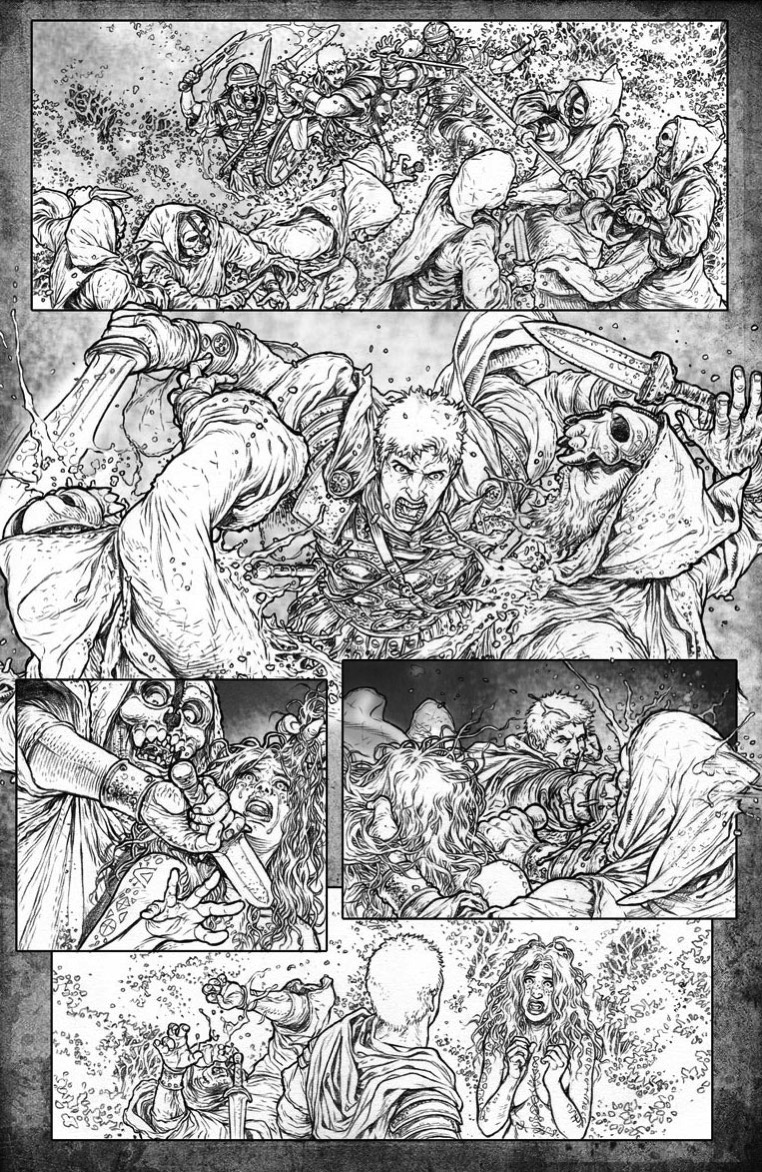 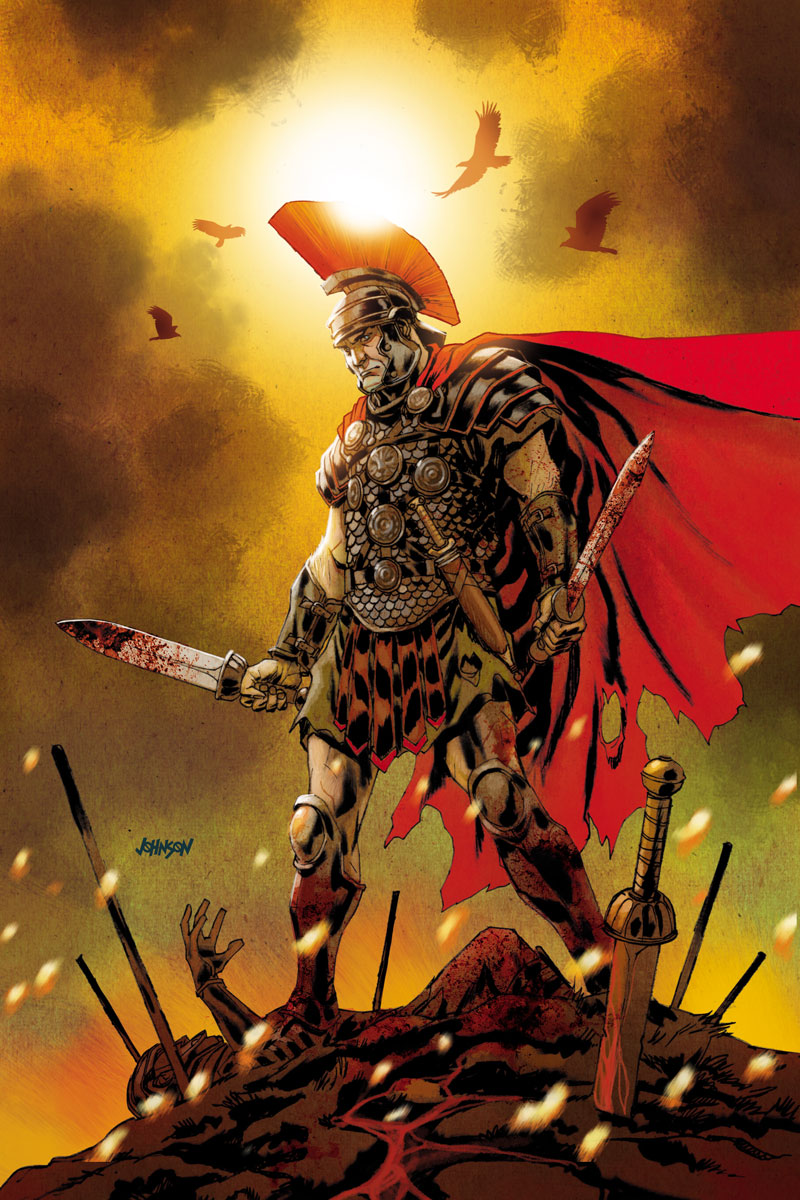