(BALTIMORE, MD) — (July 8, 2016) — An Inhuman with the power to predict the future brings conflict to the heroes of the Marvel Universe in Brian Michael Bendis and David Marquez's Civil War II from Marvel Comics, the best-selling comic book of June 2016 according to information provided by Diamond Comic Distributors, the world's largest distributor of comics, graphic novels, and pop culture merchandise. 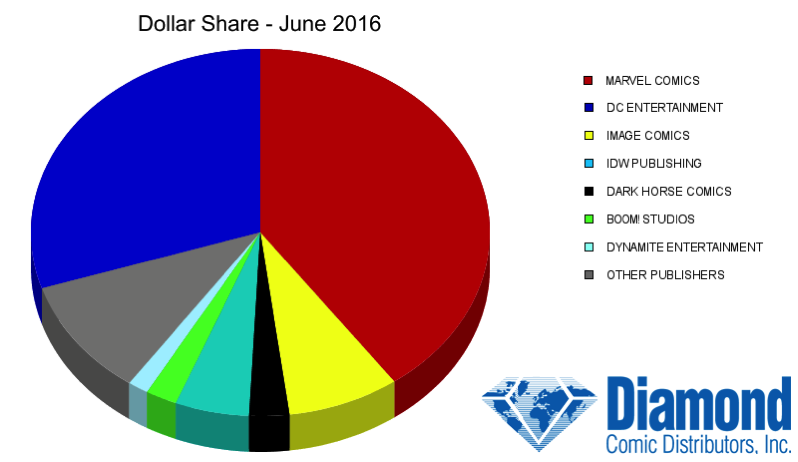 A new era opens in Brian K. Vaughan and Fiona Staples’ Saga Volume 5 from Image Comics, the best-selling graphic novel of June and one of their three titles in the top ten.  DC Entertainment had five titles in the top ten, led by Paul Dini and Eduardo Risso’s original graphic novel Dark Night: A True Batman Story at #2.  Marvel Comics’ adult coloring book Color Your Own Young Marvel by Scottie Young ranked #5.  Rounding out the top ten, Dark Horse Comics’ graphic novel Neil Gaiman’s How to Talk to Girls, an adaptation of Gaiman’s short story by Fabio Moon and Gabriel Ba, ranked #10.

IDW Games’ Back to the Future: Adventures Through Time Board Game, based on the fan-favorite movie trilogy, was June’s best-selling game product.  Also in the top ten from IDW Games was The X-Files: The Board Game at #2.  Also of note, Diamond Select Toys’ Back to the Future Monopoly, a custom version of the venerable board game, ranked among June’s top ten games at #4 for the month. 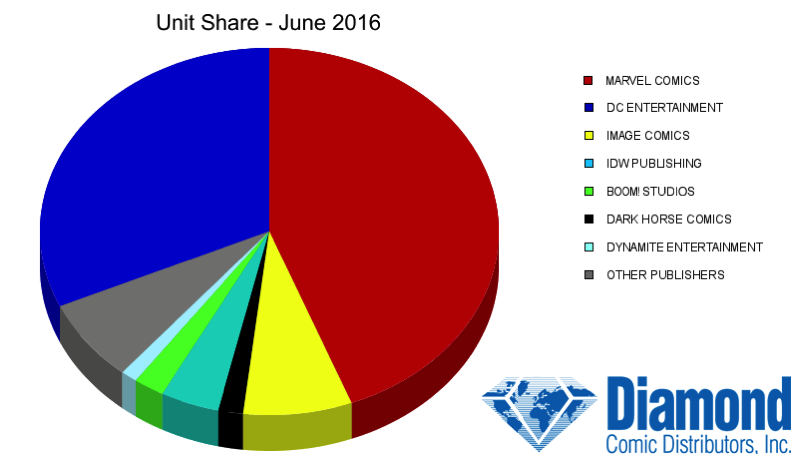 EDITOR’S NOTE:  We find these statistics very interesting, and believe that our readers do as well.  Keep in mind that Diamond’s business model only allows them to accurately track the numbers as they relate to pre-orders.  Actual sales numbers and percentages may be different, but it’s a true reflection of the current state of the market.  However, don’t despair that Marvel and DC dominate the numbers.  Those other publishers are doing well and showing profits.  It’s actually a healthy time for the comics business.  Yeah, it bugs us that the Top Two always overwhelm these reports.