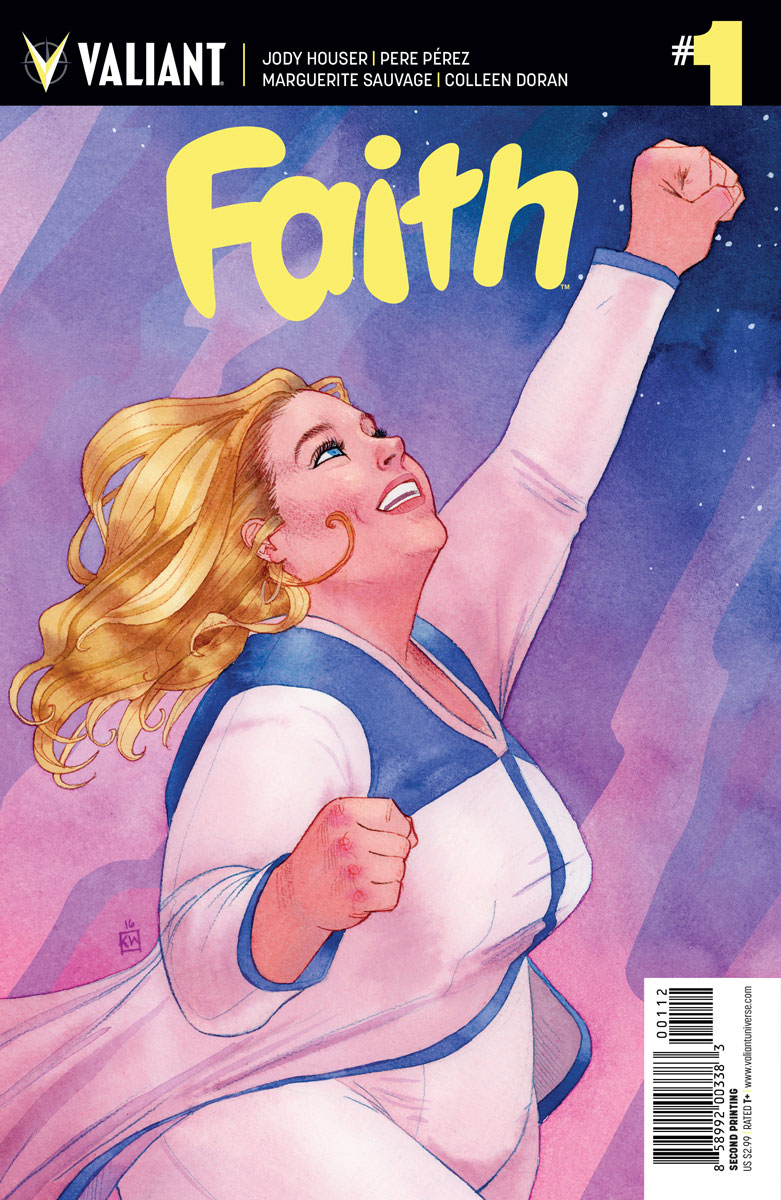 As revealed today during the Diamond Retailer Summit at Comic-Con International 2016 in San Diego, Valiant is proud to announce that FAITH #1 – the highest selling independent superhero series debut of the year and the launch title of “THE FUTURE OF VALIANT” initiative – has sold out at the distributor level just days after its July 20th on-sale date.

To celebrate the series’ landmark debut and satisfy an unprecedented degree of fan and retailer demand, Valiant revealed today that it will be shipping 100,000 copies of a new FAITH #1 SECOND PRINTING to participating comic shops in the United States, Canada, and Europe. Set to arrive on August 24th alongside FAITH #2 and GENERATION ZERO #1, these copies of the 48-page FAITH #1 SECOND PRINTING will carry a cover price of $2.99.

Each copy of the FAITH #1 SECOND PRINTING doubles as an early look ahead at Valiant’s biggest year yet with “THE FUTURE OF VALIANT” SNEAK PREVIEW flip book – spotlighting an all-new wave of ongoing series, prestige format projects and standalone events from the largest independent superhero universe anywhere in comics! Officially kicking off in the pages of FAITH #1, “THE FUTURE OF VALIANT” will extend throughout 2016 with a total of seven epic series – each introducing an innovative array of new concepts and characters…and firmly establishing Valiant’s place as the premier publisher of creative storytelling in comics today:
In a city under siege by robots, aliens, monsters and, even worse, celebrities, there is only one woman the people of Los Angeles can count on: the stratospheric superhero called Faith! Aspiring reporter by day and dedicated crime-fighter by night, Faith has tackled every obstacle in her path with confidence – like those crushing deadlines at work, the long-distance boyfriend half a world away, and the missing back issues that plague her comics collection! But, unbeknownst to her, Faith is about to collide with the one force she never saw coming: an up-and-coming super-villain bent on snuffing her out once and for all! But who is lurking behind the mask of her new foe…and could they be the one person capable of rendering Faith powerless?

Created by former Marvel Editor-in-Chief Jim Shooter (Secret Wars) and Eisner Award-winning writer and artist David Lapham (Stray Bullets) in Valiant’s acclaimed HARBINGER series in 1992, Faith has long been a central icon of Valiant’s award-winning publishing line. Then, in January 2016, Faith took her long-awaited, much-demanded first step toward solo stardom with FAITH #1 (of 4) – a groundbreaking debut that quickly became the first and biggest breakout hit of the New Year from any major comics publisher. In the months since, Faith’s first solo adventure has garnered near-universal critical acclaim; generated attention from a host of international media outlets, including The Atlantic, The A.V. Club, Cosmopolitan, The Guardian, The Hollywood Reporter, The Huffington Post, The Independent, MTV, The New York Times, NPR, PBS Newshour, People, Seventeen, Today, Vox, The Washington Post, and dozens more; and become the first series of 2016 to reach a much-vaunted fifth printing – making it one of only a handful of hit series in the past decade to achieve that pivotal benchmark of fan and commercial demand.

Then, Faith’s streak of unprecedented achievements hit a new high with the freshly sold-out FAITH #1 – a first issue that has already rocketed onward to become the highest selling superhero debut of the year from any independent publisher in the industry today.

Finally, on November 2nd, just days before Election Day 2016, Faith will be taking her next giant leap forward in FAITH #5 – a history-making, 48-page election special teaming the leading female hero in comics today with Hillary Clinton, the first female nominee from a major political party, for a special tale written by comics legend Louise Simonson with art by FAITH‘s own Pere Perez! Join an all-star cast of Valiant’s greatest talents on November 2nd in FAITH #5 as the leading heroine in comics today joins forces with Hillary Clinton for a landmark comics event! 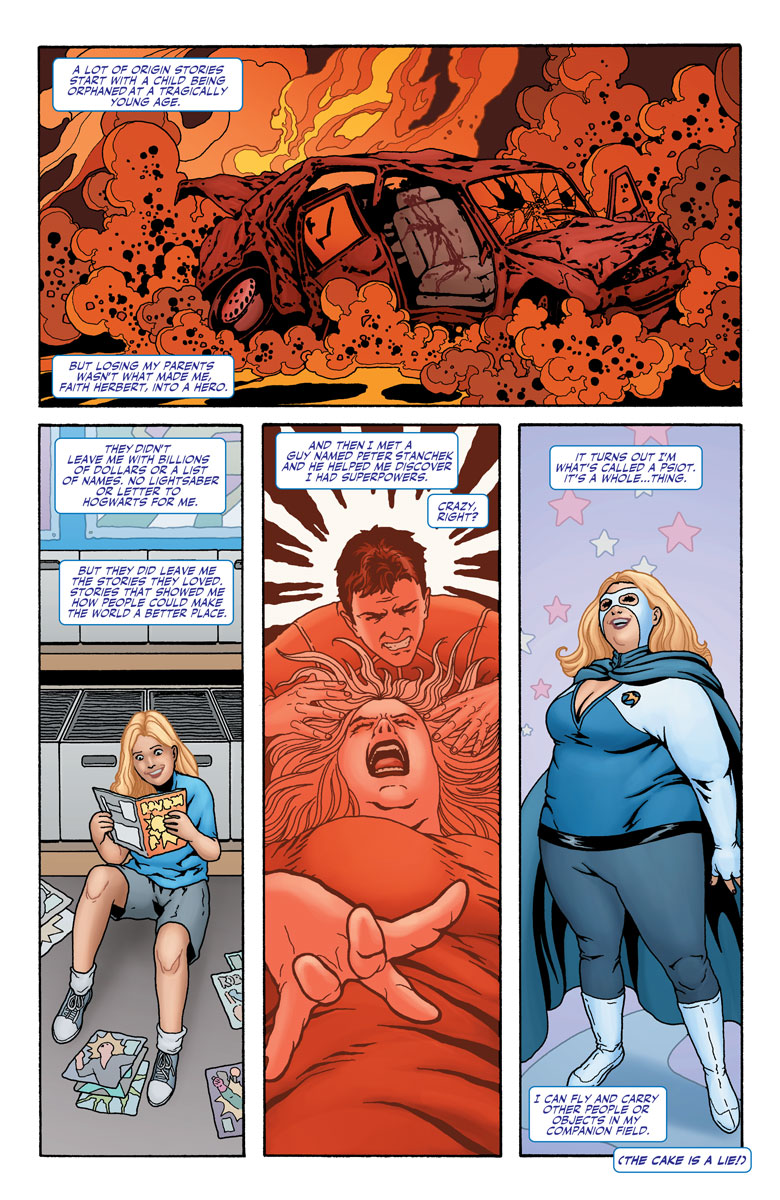 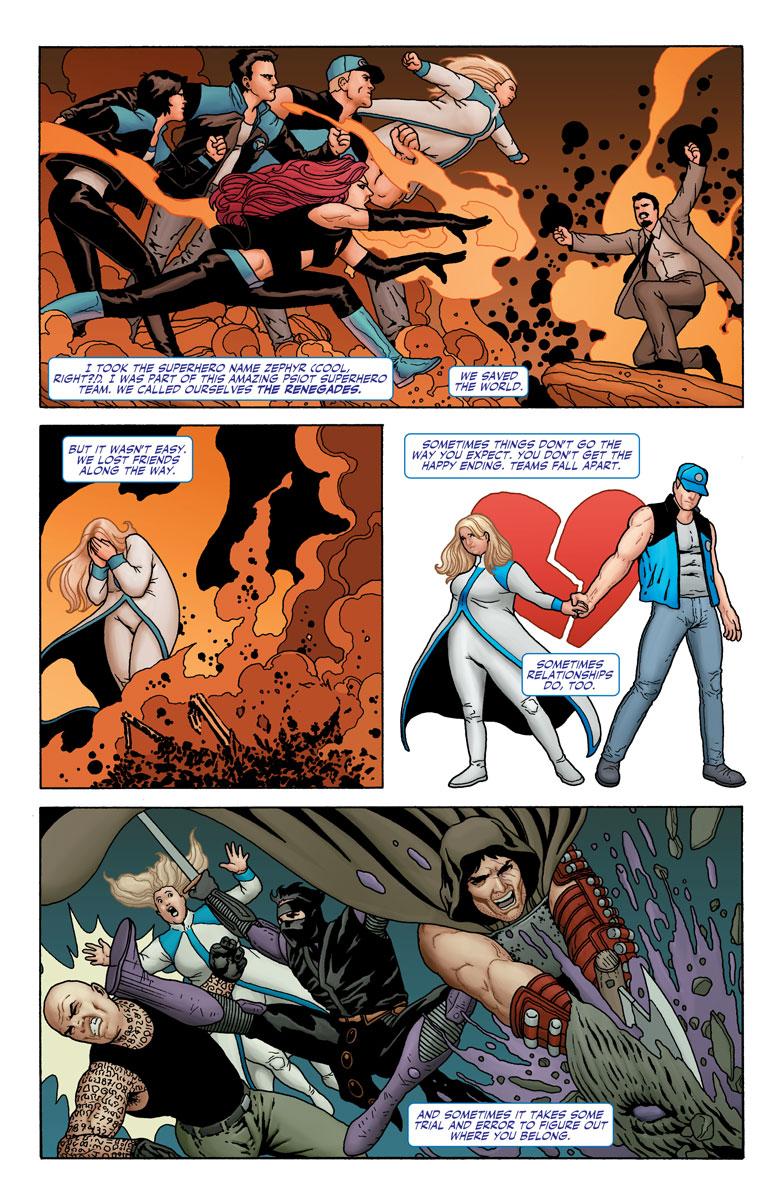 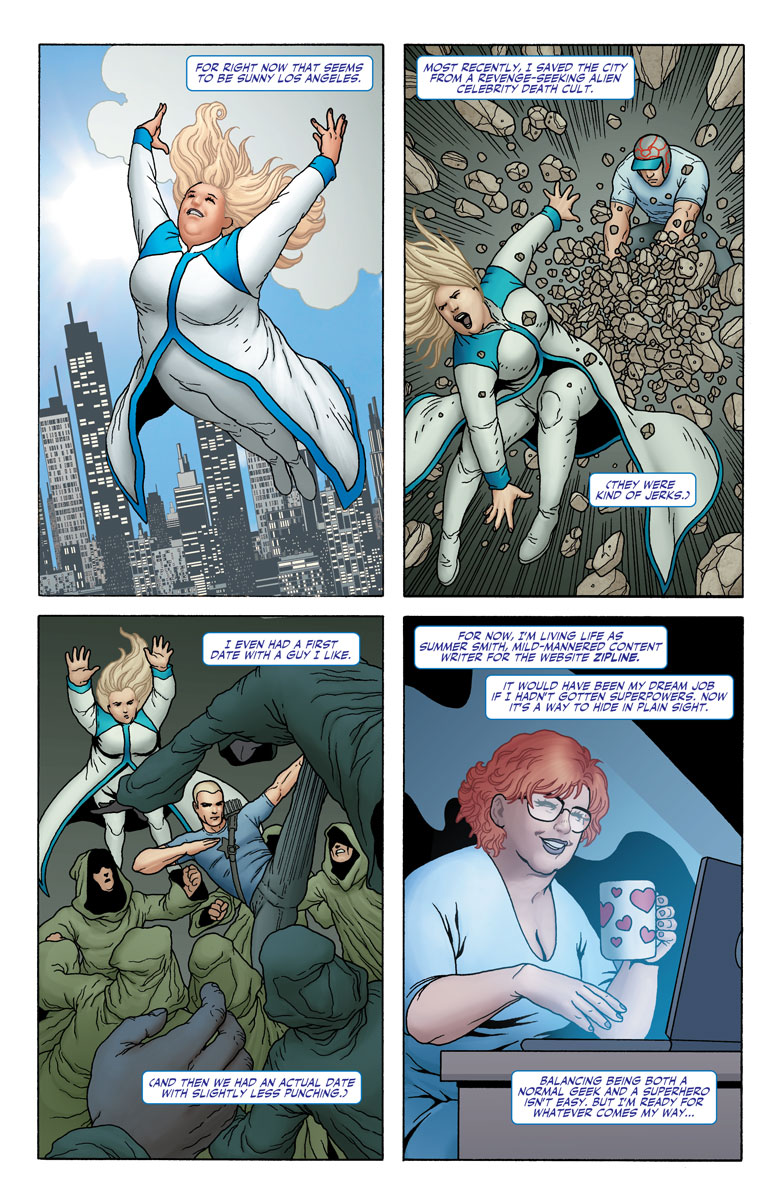 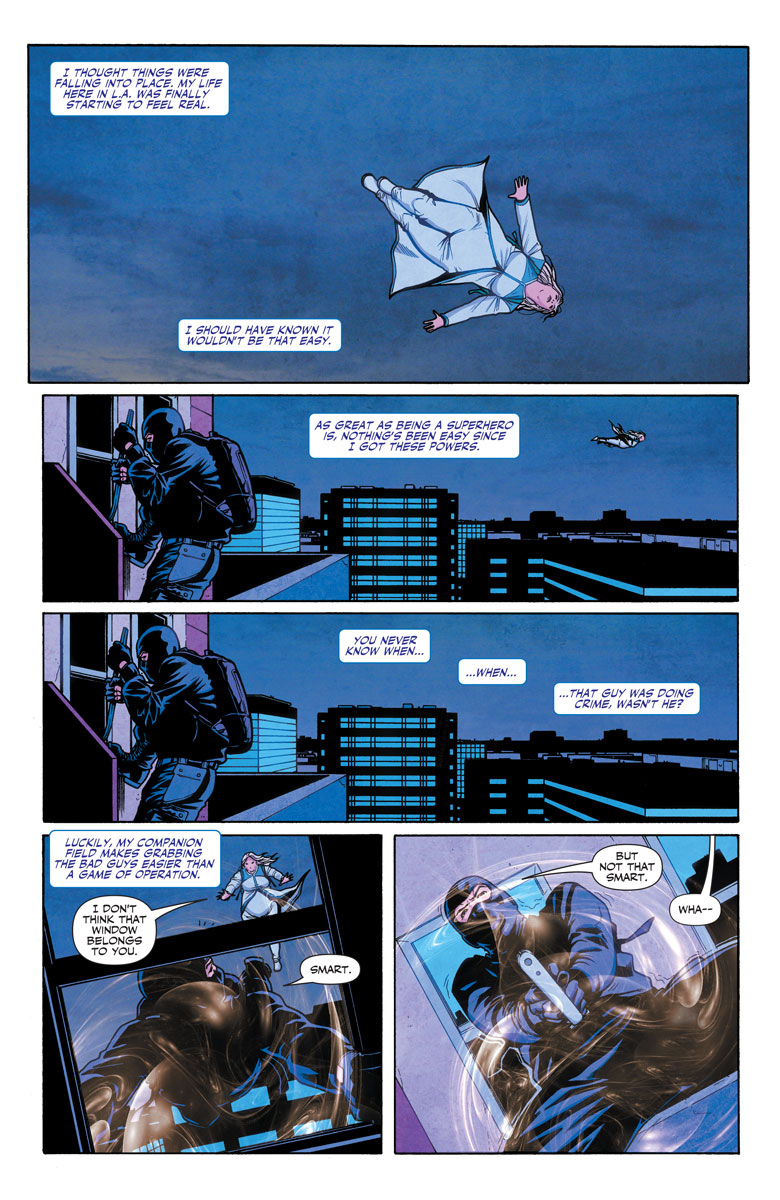 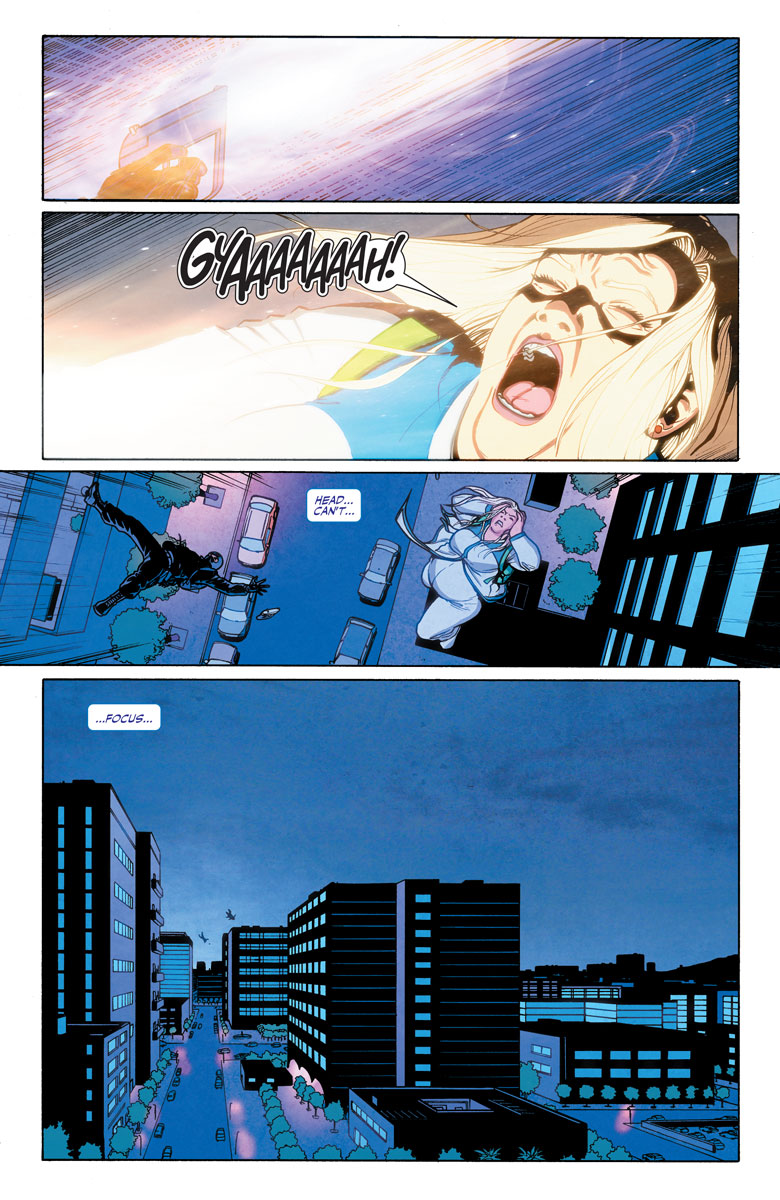 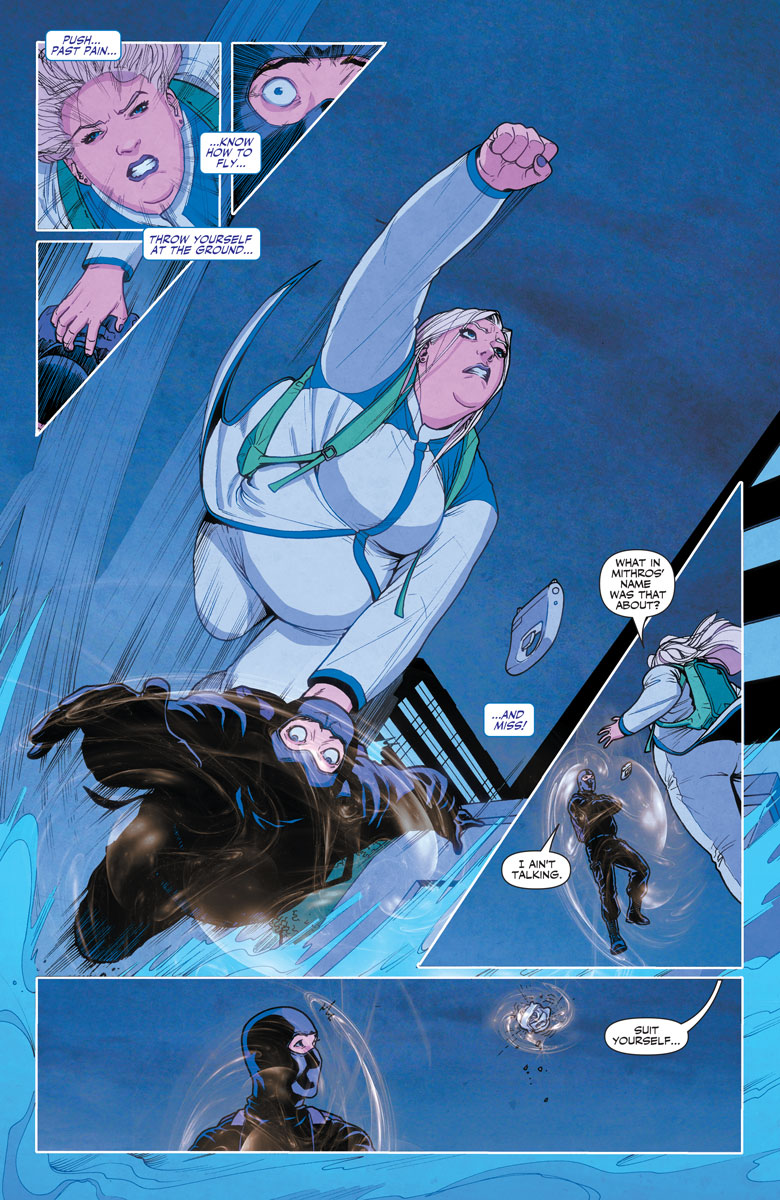 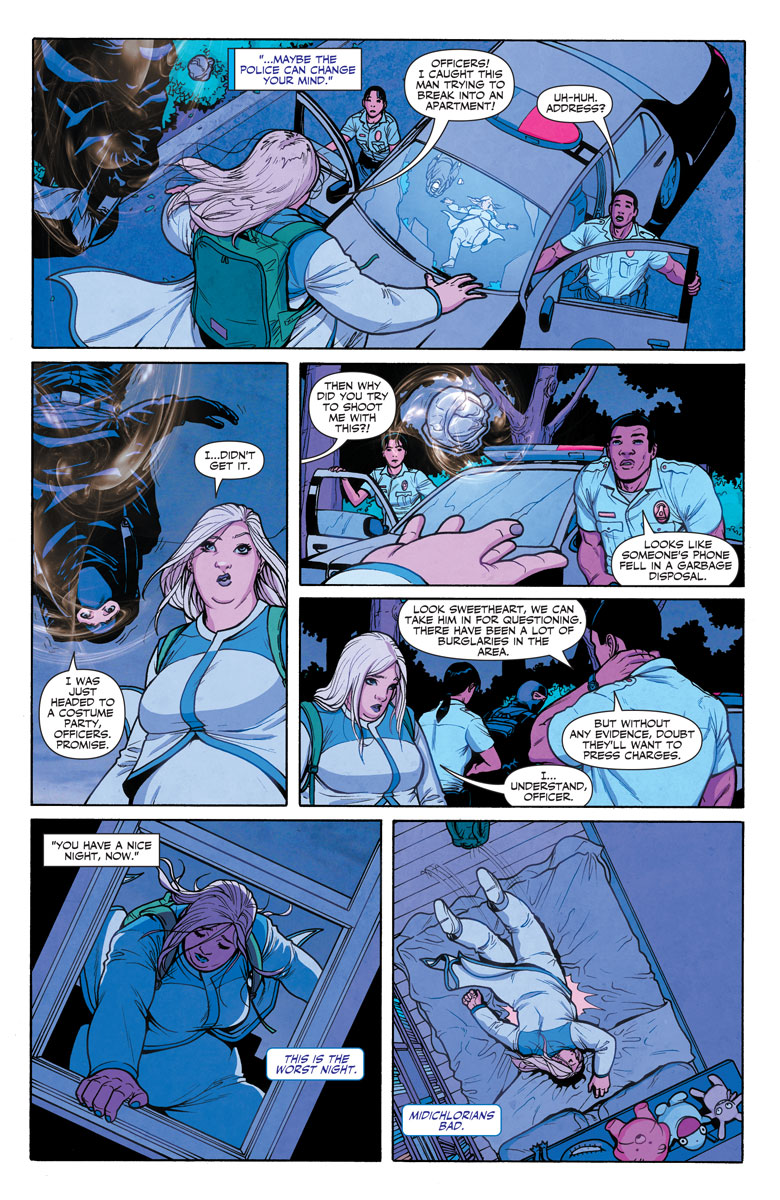 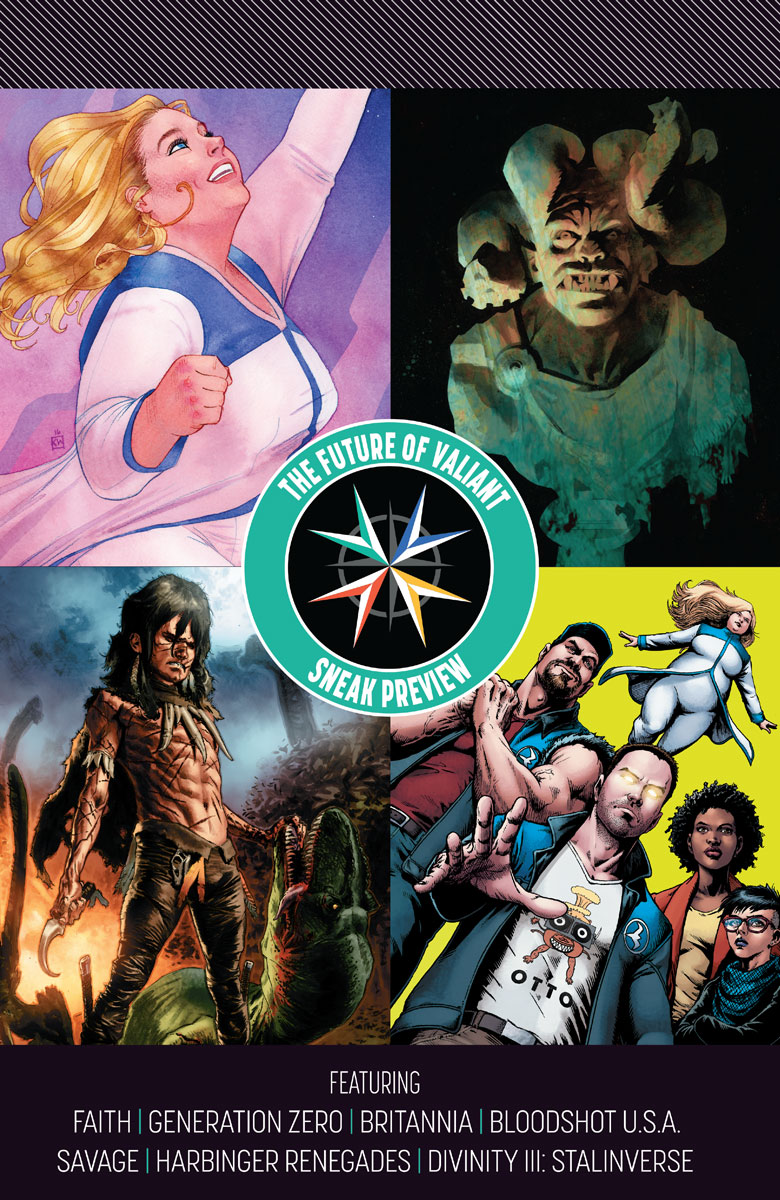 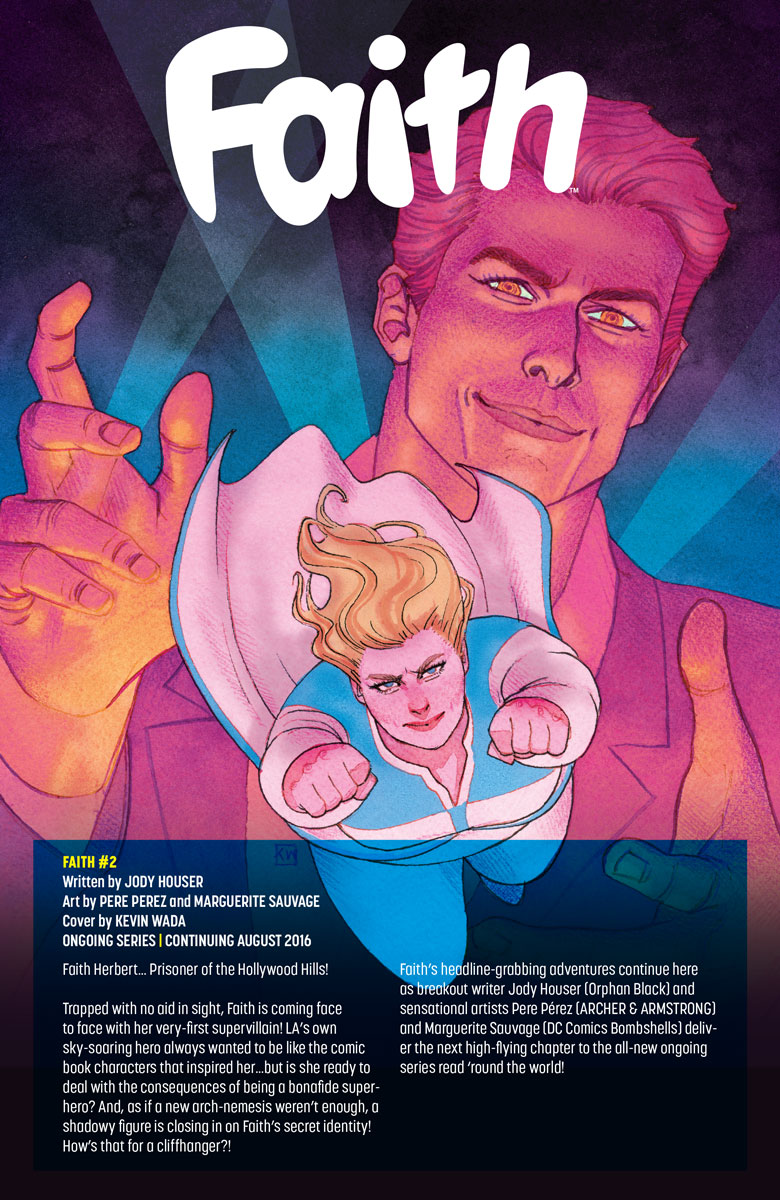 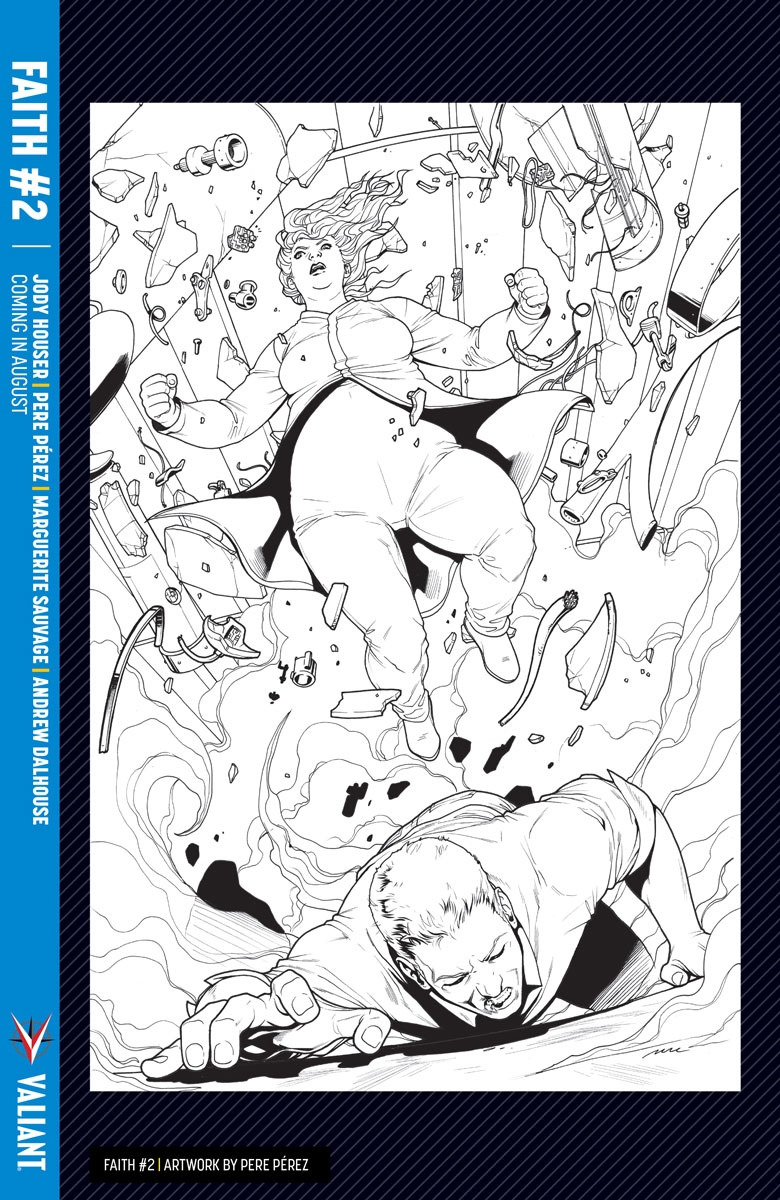 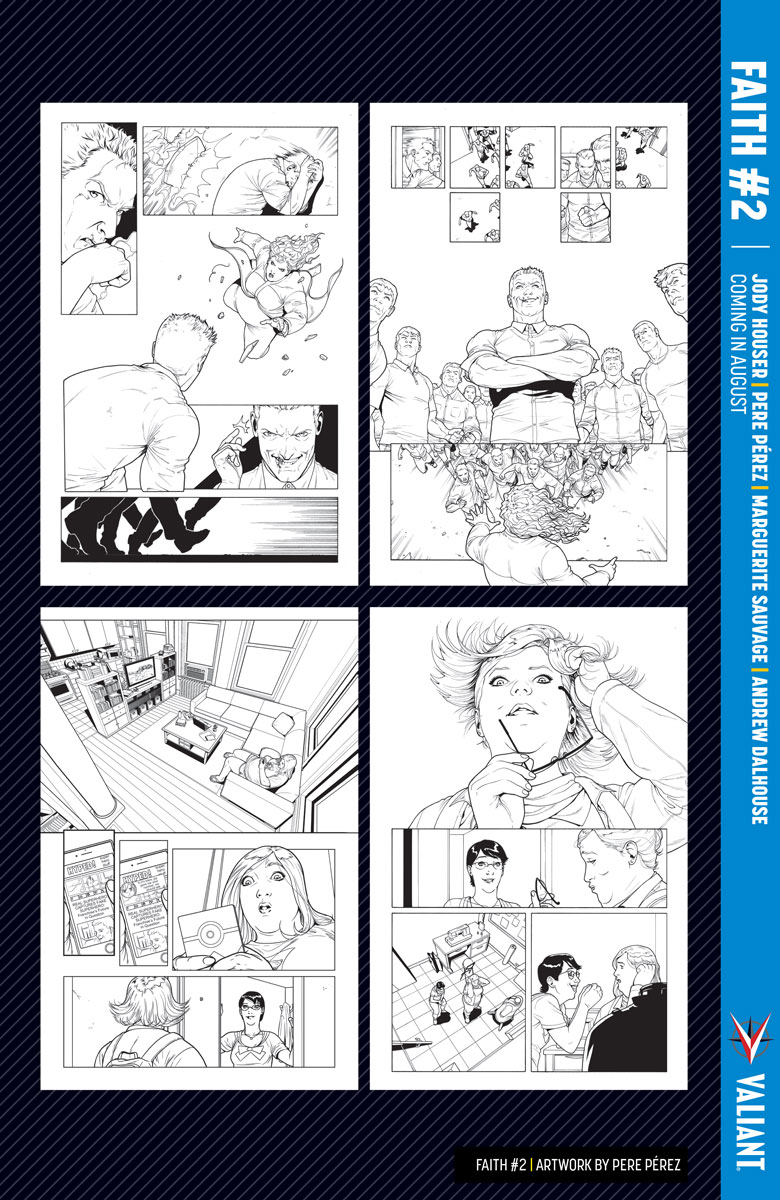 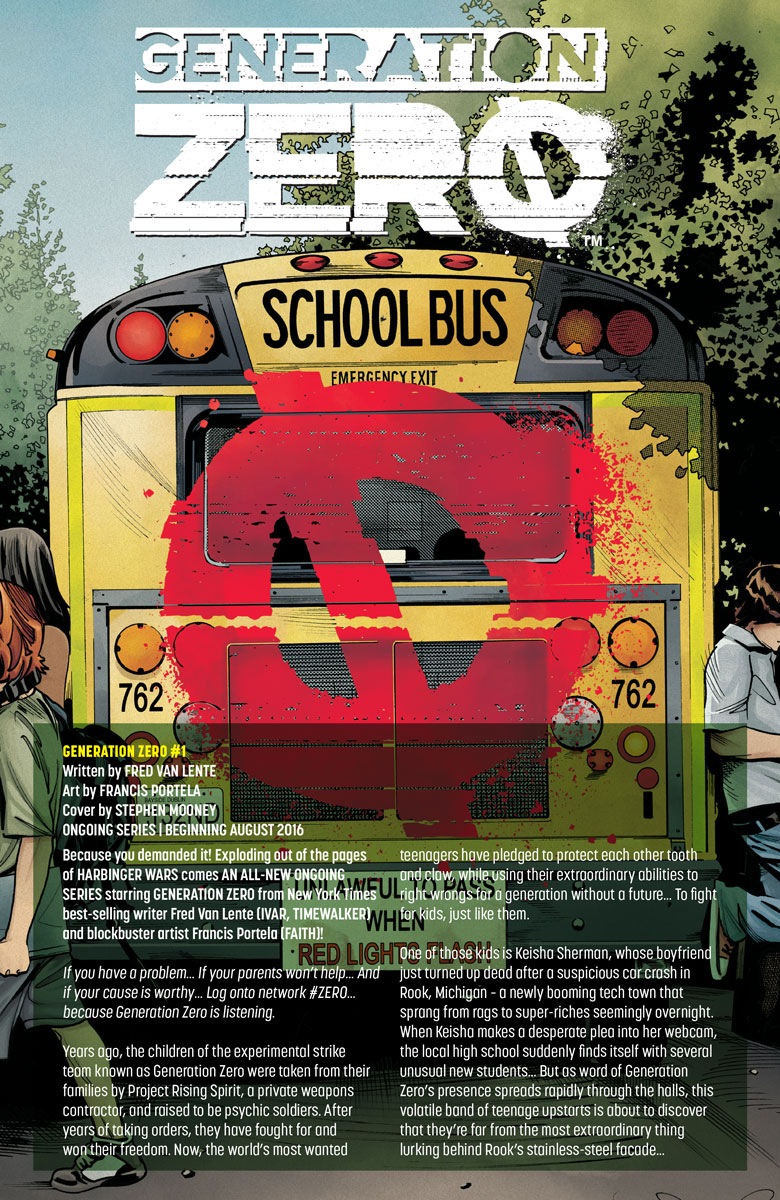 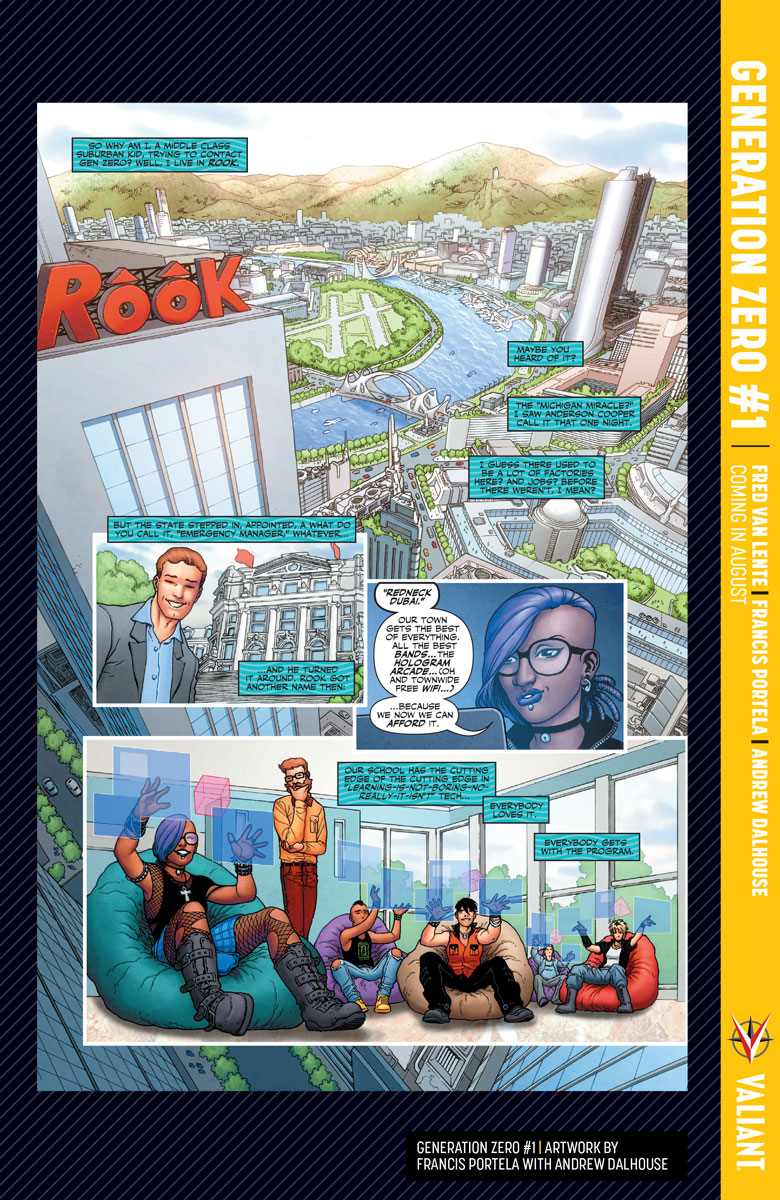 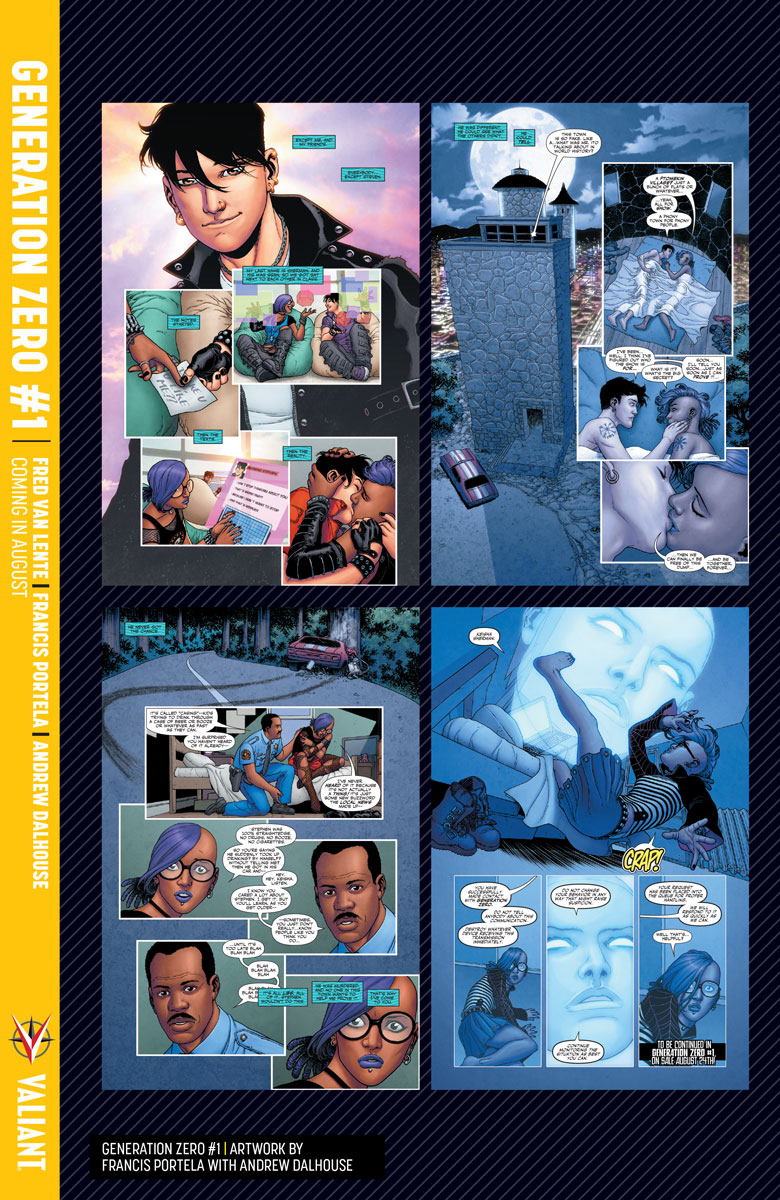 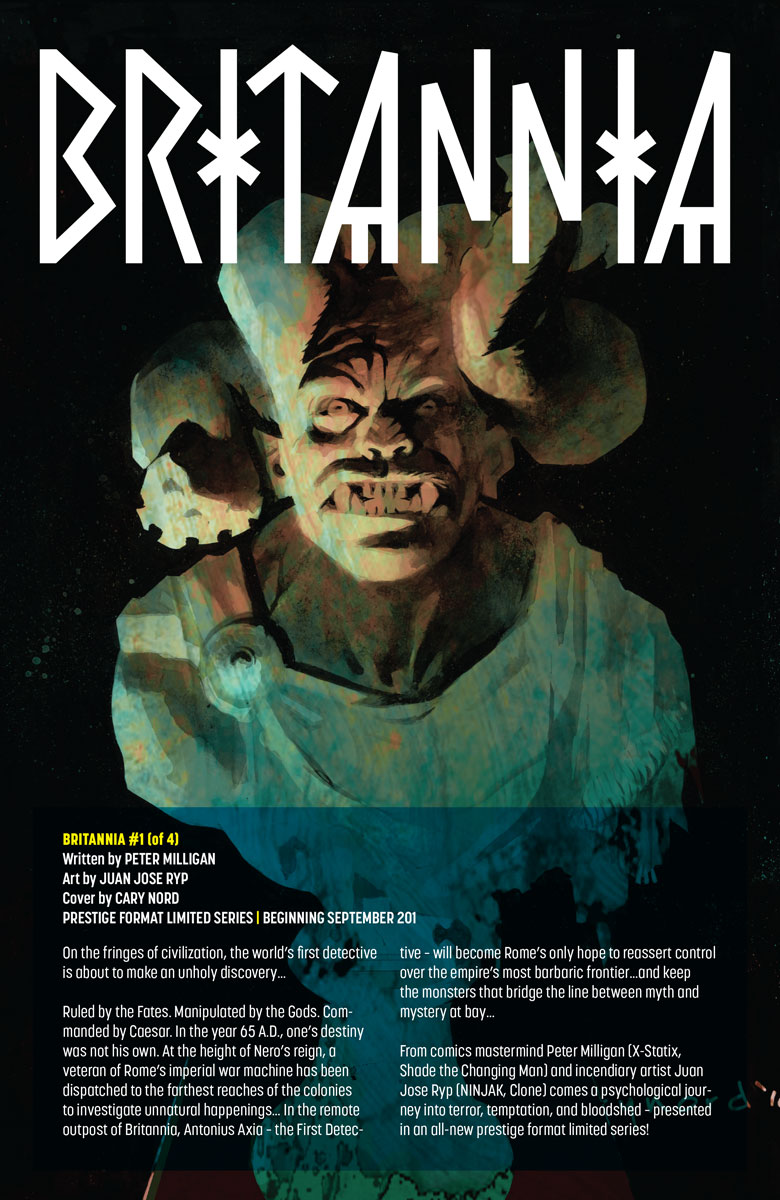 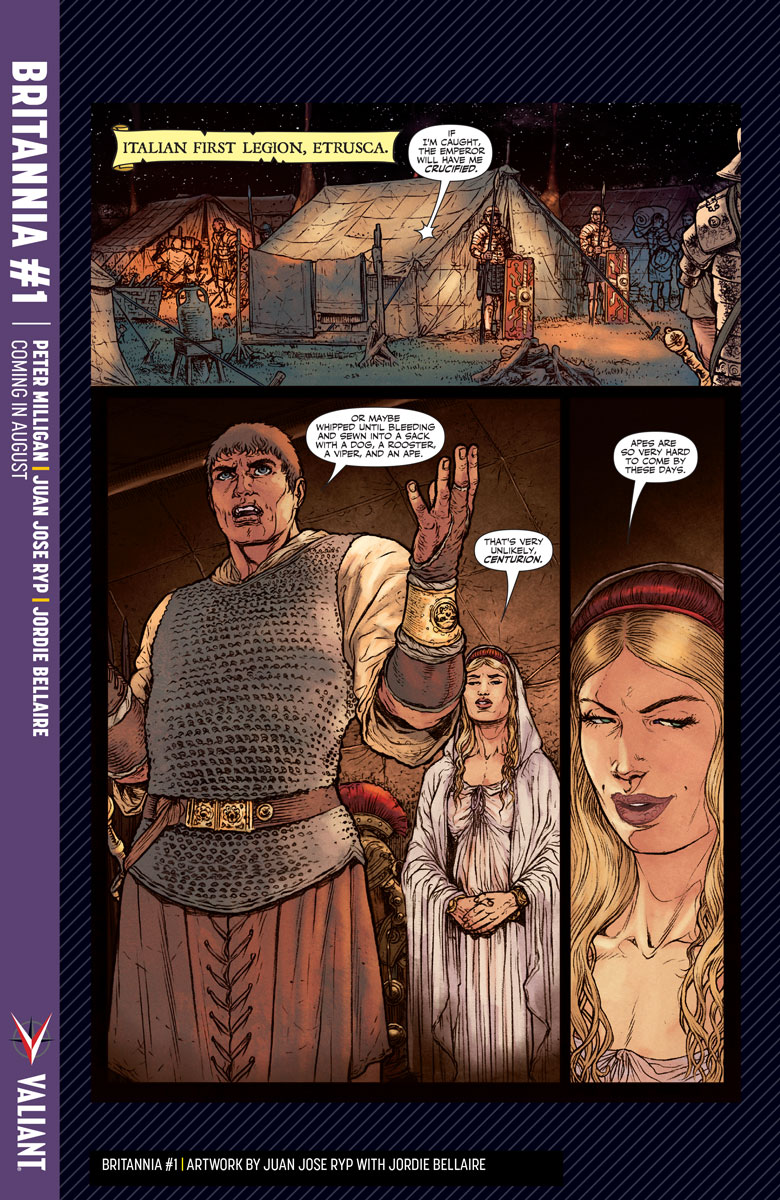 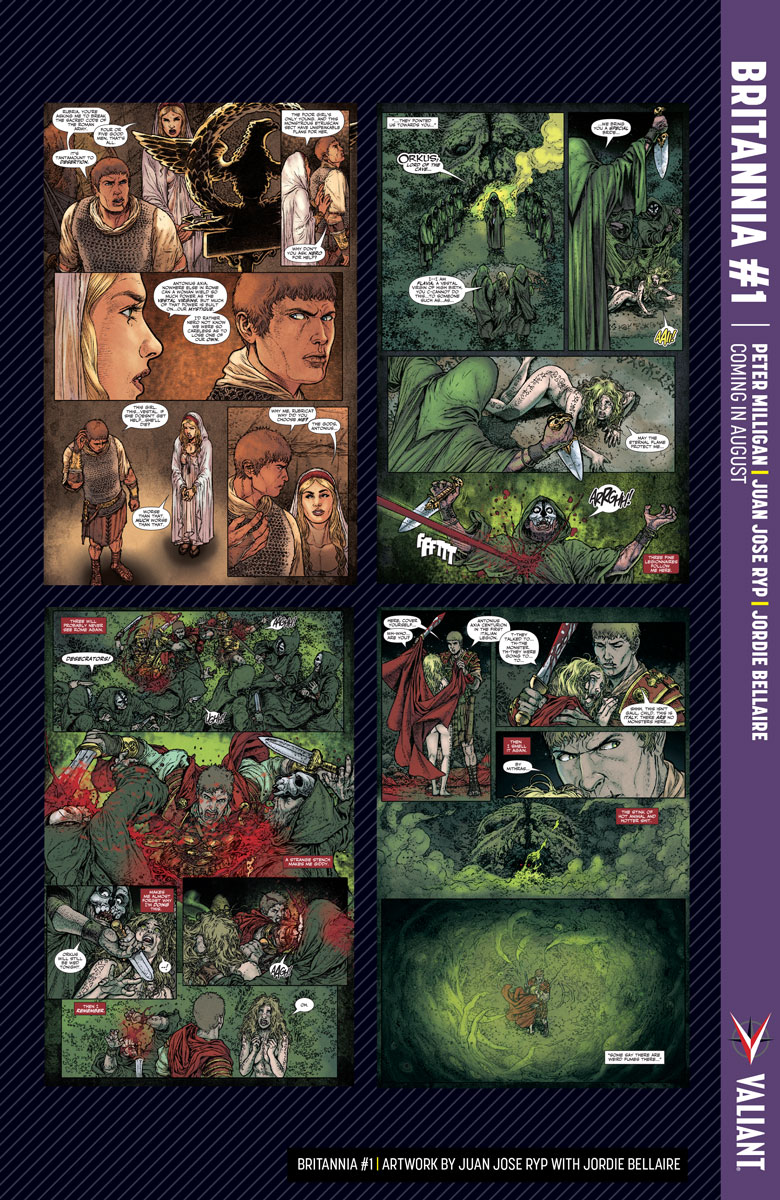 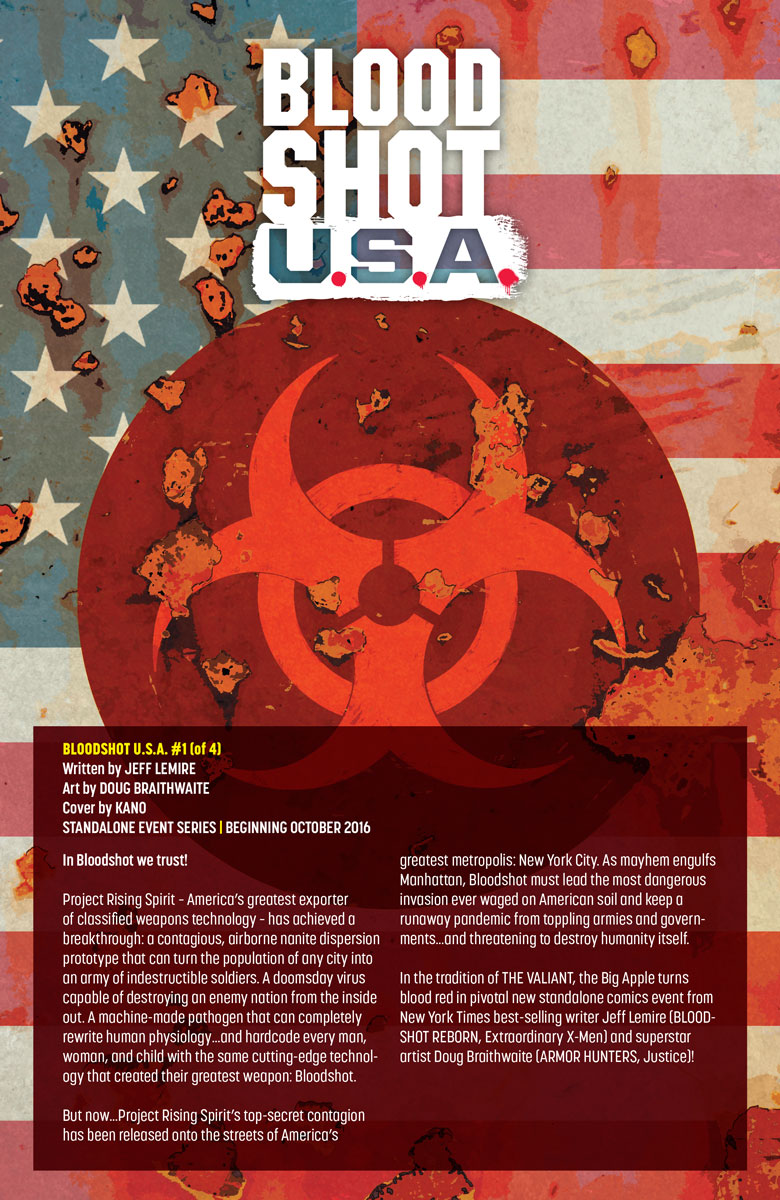 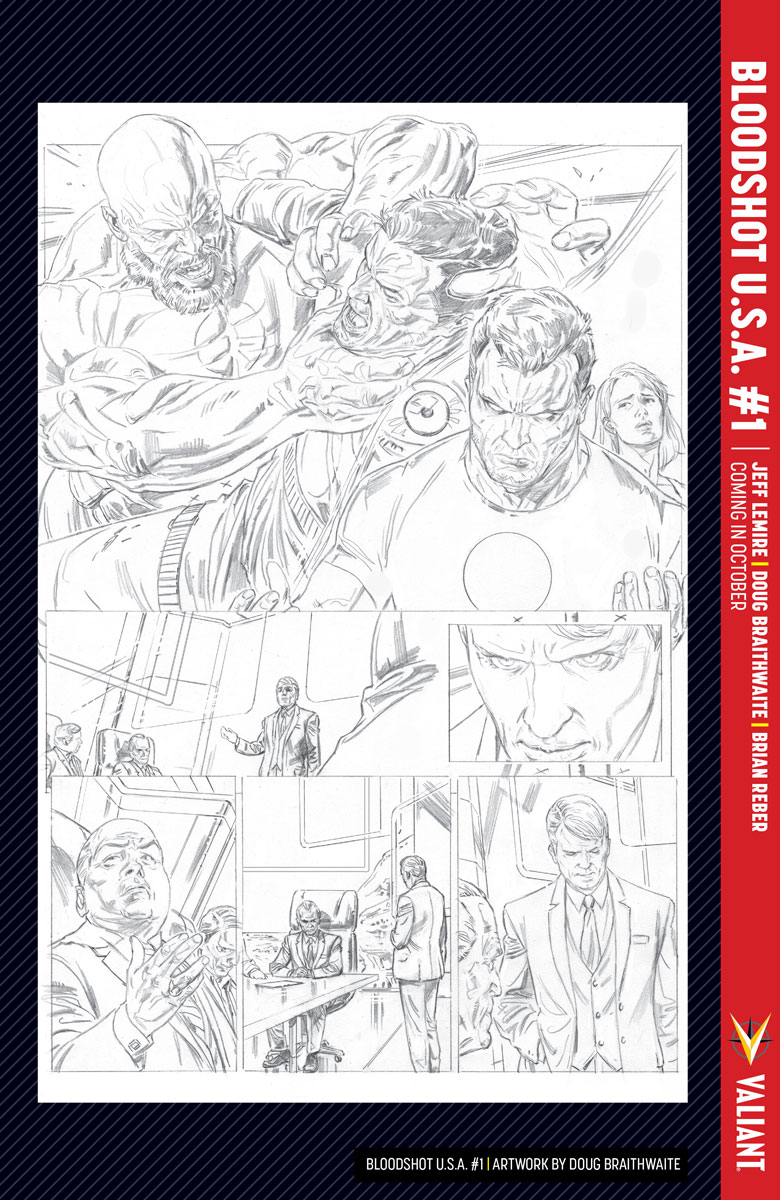 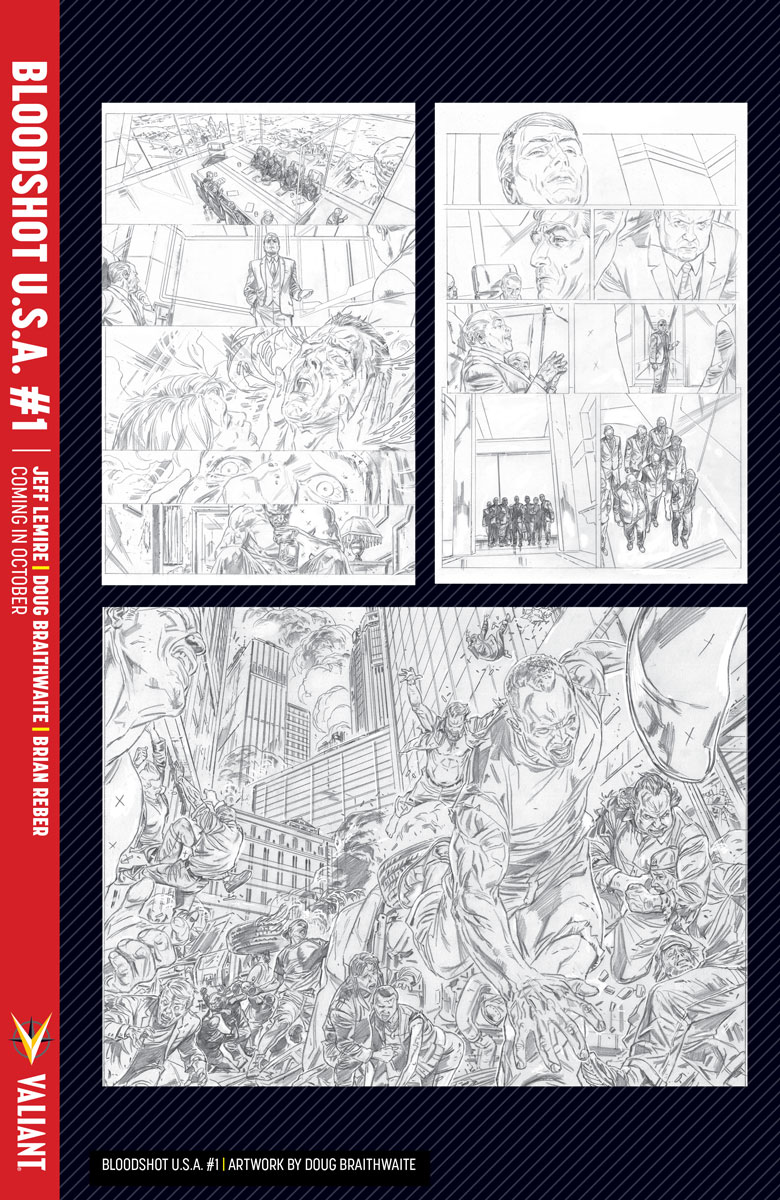 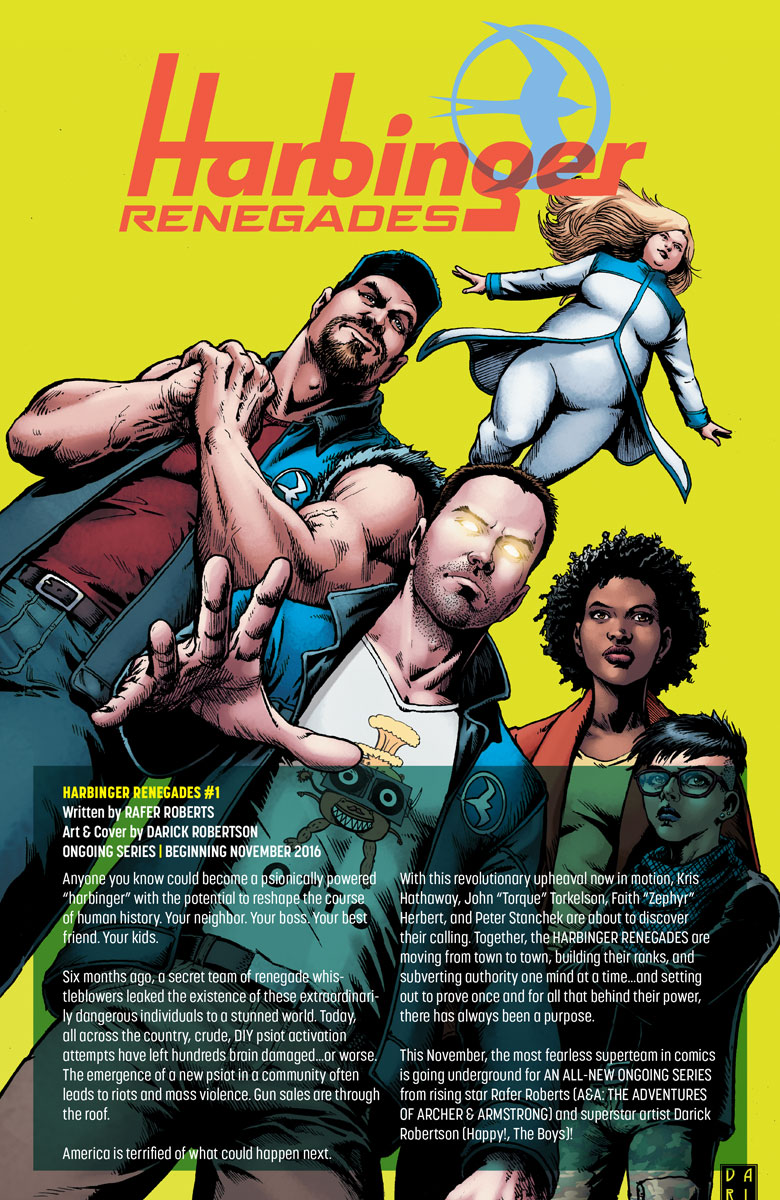 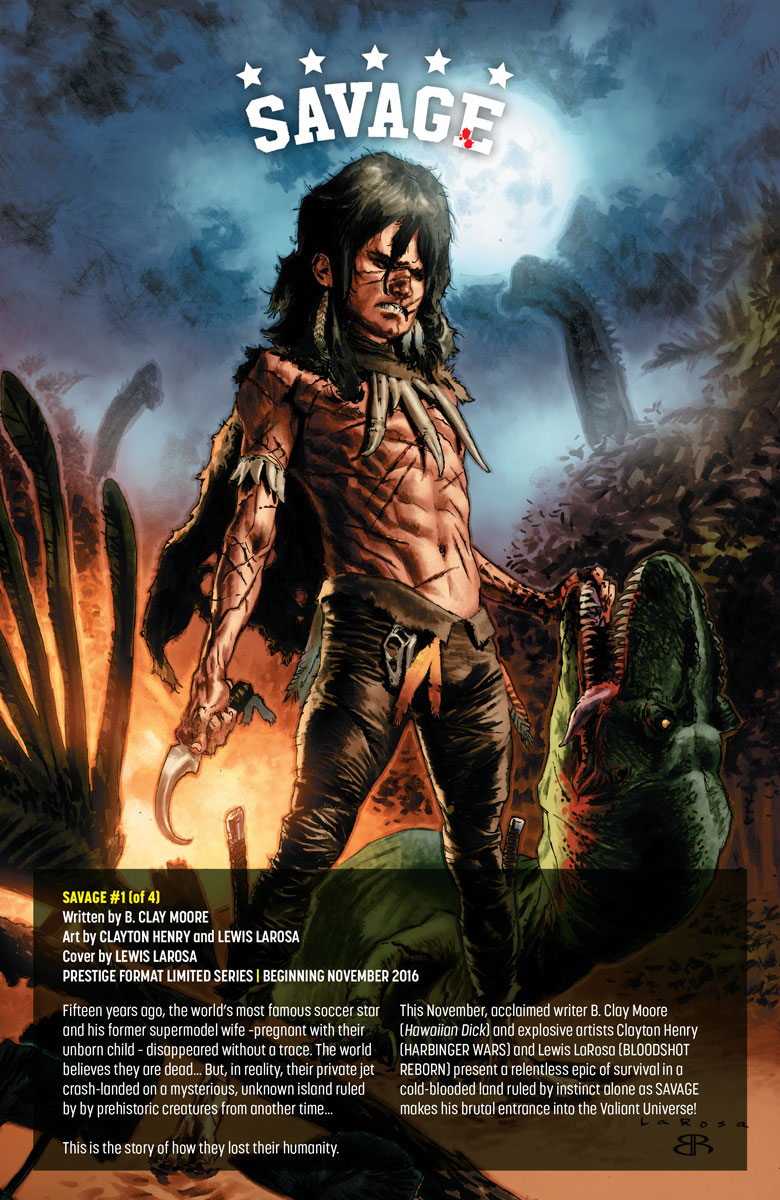 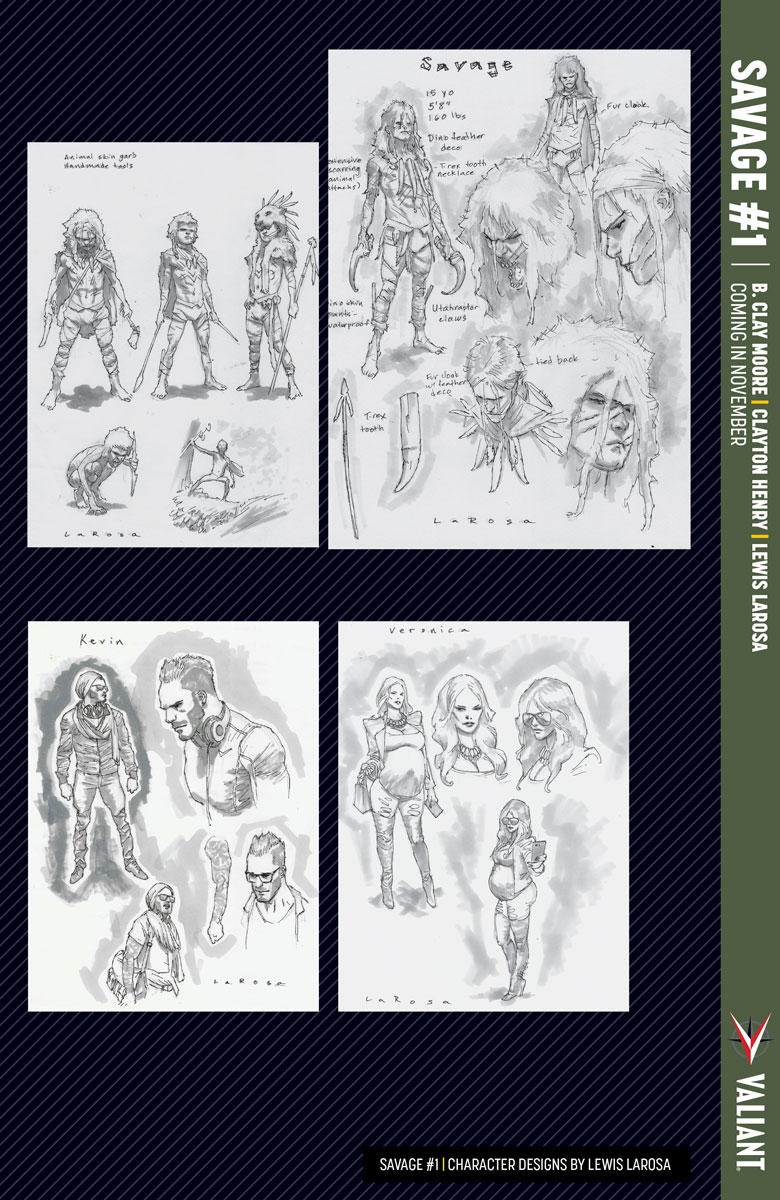 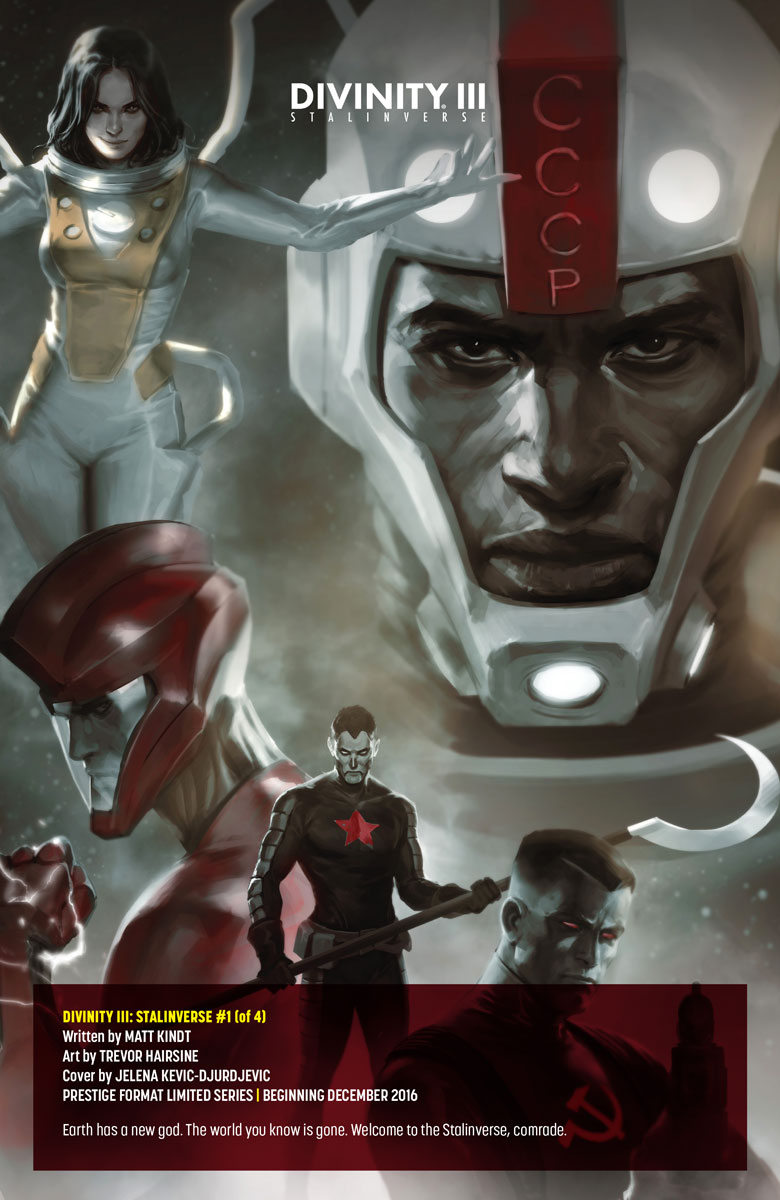 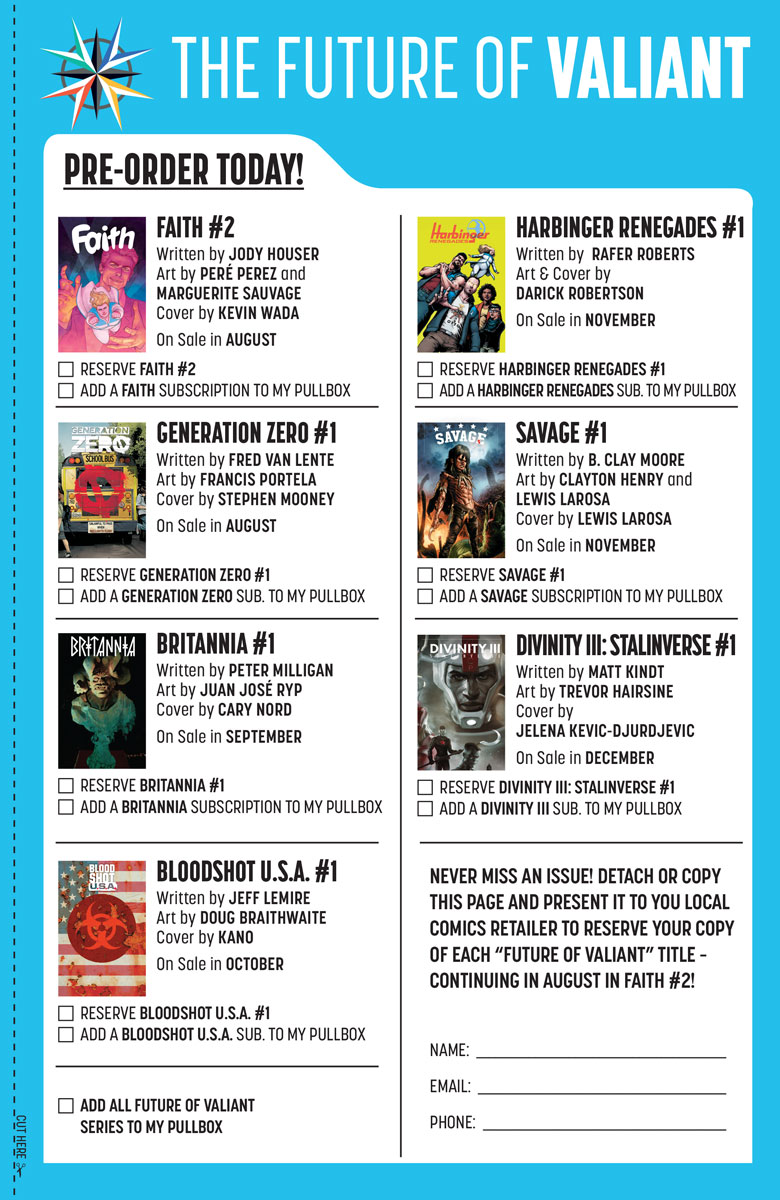