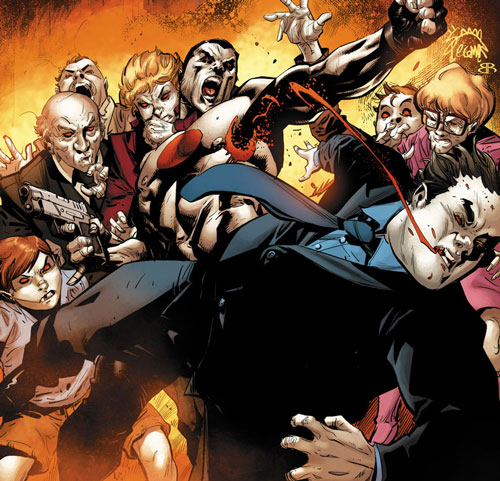 from the official press release . . . . . . .
Valiant is proud to present your first look inside BLOODSHOT U.S.A. #1 (of 4) – the FIRST ISSUE of the explosive standalone event roaring out of "THE FUTURE OF VALIANT"! As an unstoppable virus transforms all of New York City into a legion of horrific killing machines, join New York Times best-selling writer Jeff Lemire (Moon Knight, Old Man Logan) and superstar artist Doug Braithwaite (ARMOR HUNTERS, Justice) on October 26th for a one-man invasion unlike anything ever witnessed!

Project Rising Spirit – America’s greatest exporter of classified weapons technology – has achieved a breakthrough: a contagious, airborne nanite dispersion prototype that can turn the population of any city into an army of indestructible soldiers. A doomsday virus capable of destroying an enemy nation from the inside out. A machine-made pathogen that can completely rewrite human physiology…and hardcode every man, woman, and child with the same cutting-edge technology that created their greatest weapon: Bloodshot.

But now…Project Rising Spirit’s top-secret contagion has been released onto the streets of America’s greatest metropolis: New York City. As mayhem engulfs Manhattan, Bloodshot must lead the most dangerous invasion ever waged on American soil and keep a runaway pandemic from toppling armies and governments…and threatening to destroy humanity itself.

Then, “THE FUTURE OF VALIANT” continues with an all-new wave of ongoing series, prestige format projects and standalone events from a star-studded roster of some of comics’ most visionary talents! Beginning in July with FAITH #1, “THE FUTURE OF VALIANT” will extend throughout 2016 with a total of seven epic series – each introducing an innovative array of new concepts and characters…and firmly establishing Valiant’s place as the premier publisher of creative storytelling in comics today: For more information, visit Valiant on http://www.valiantuniverse.com 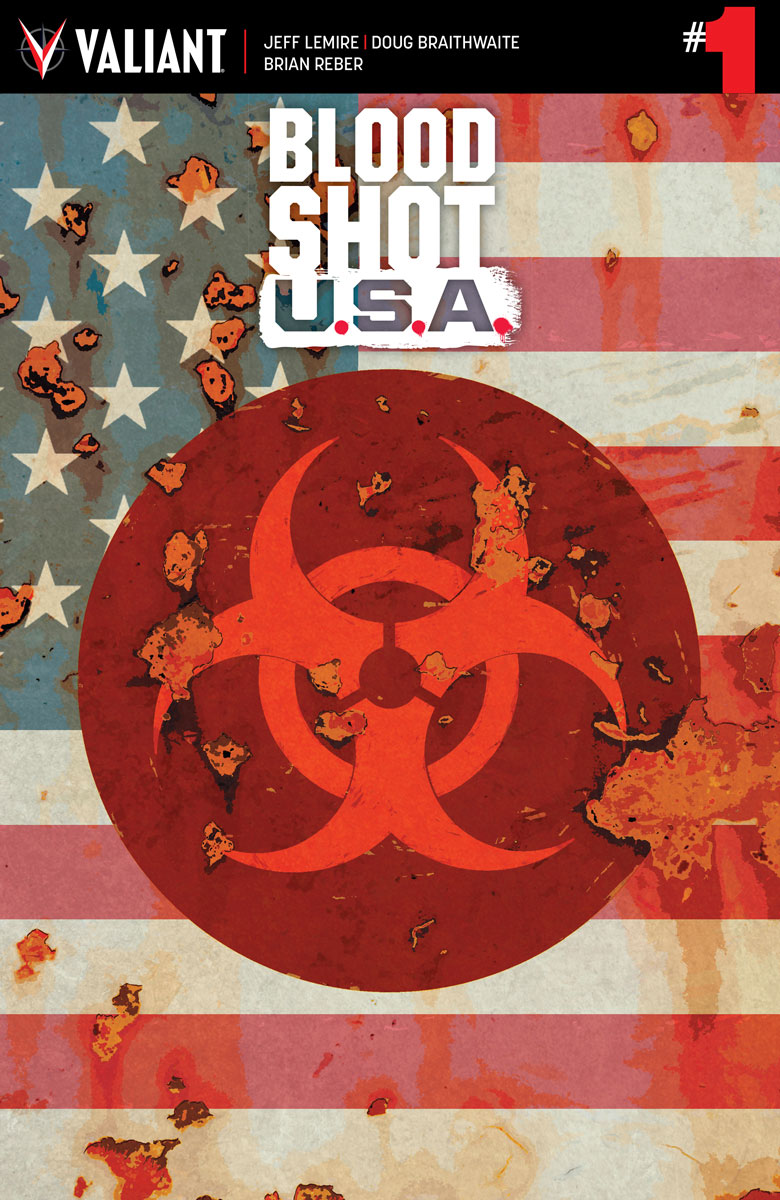 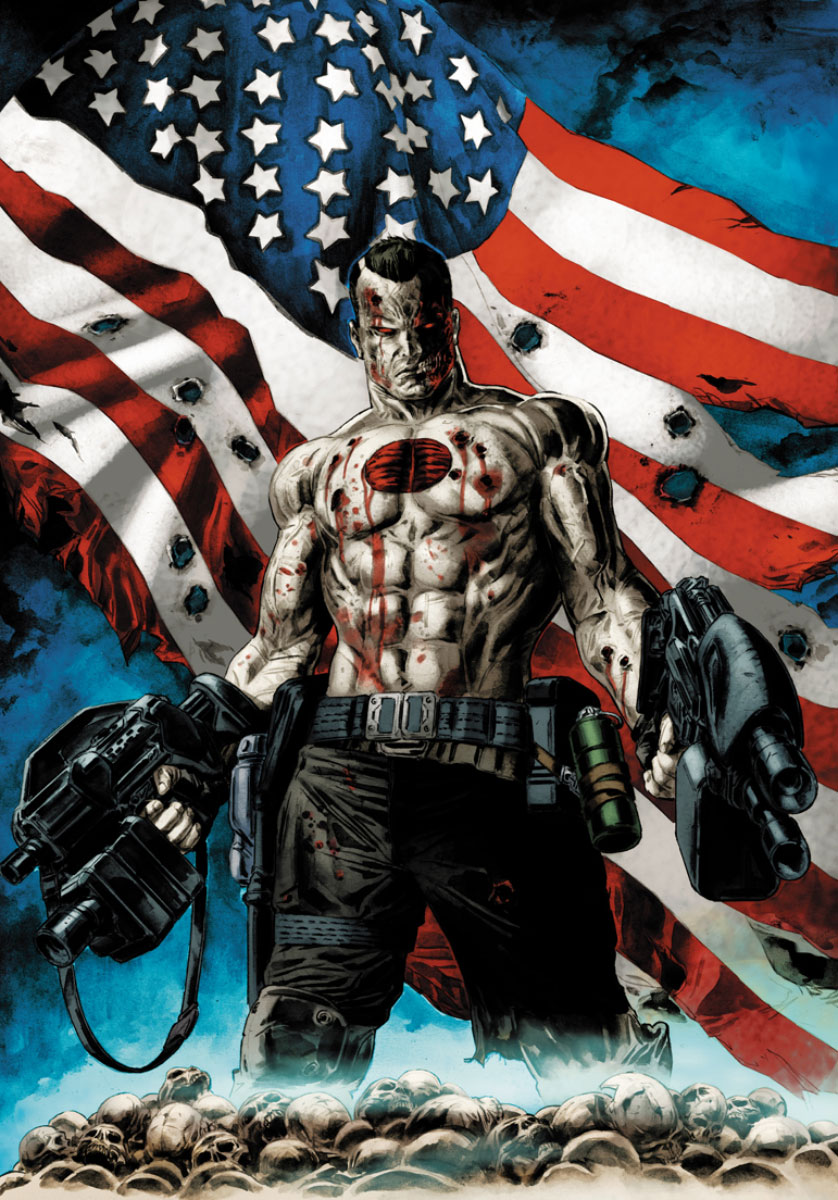 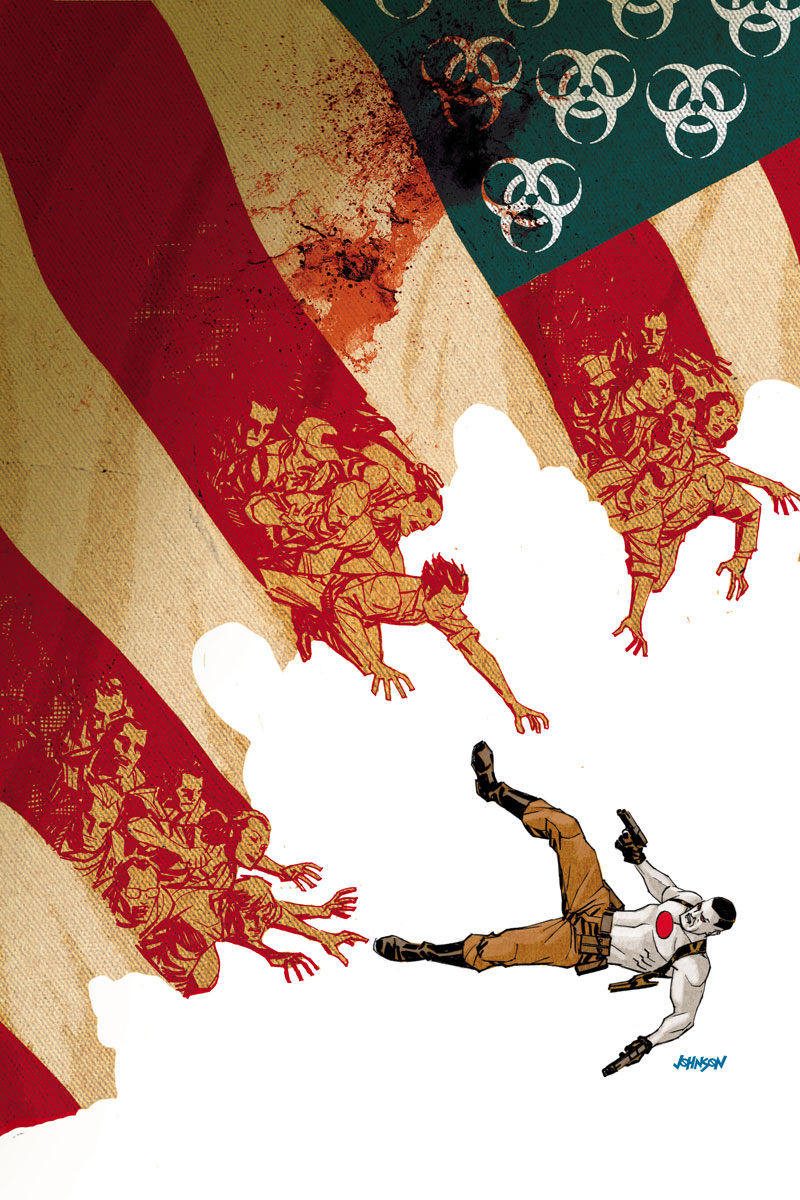 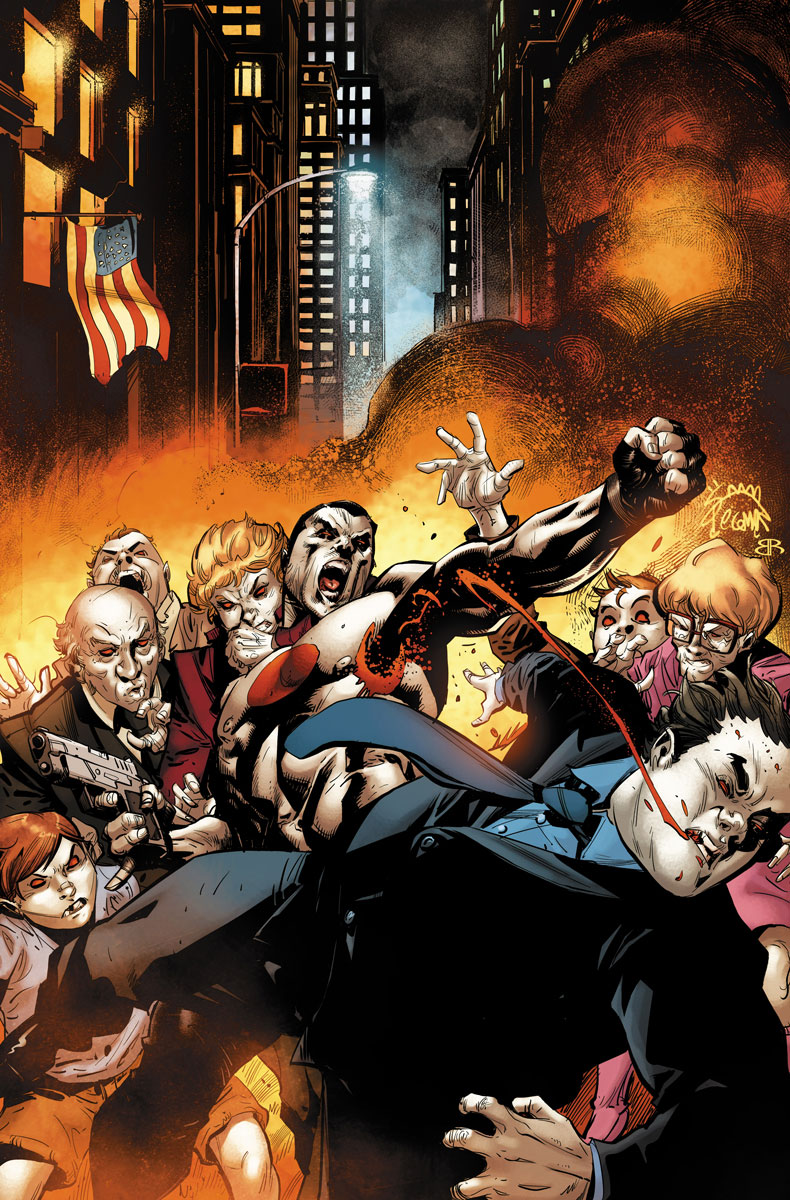 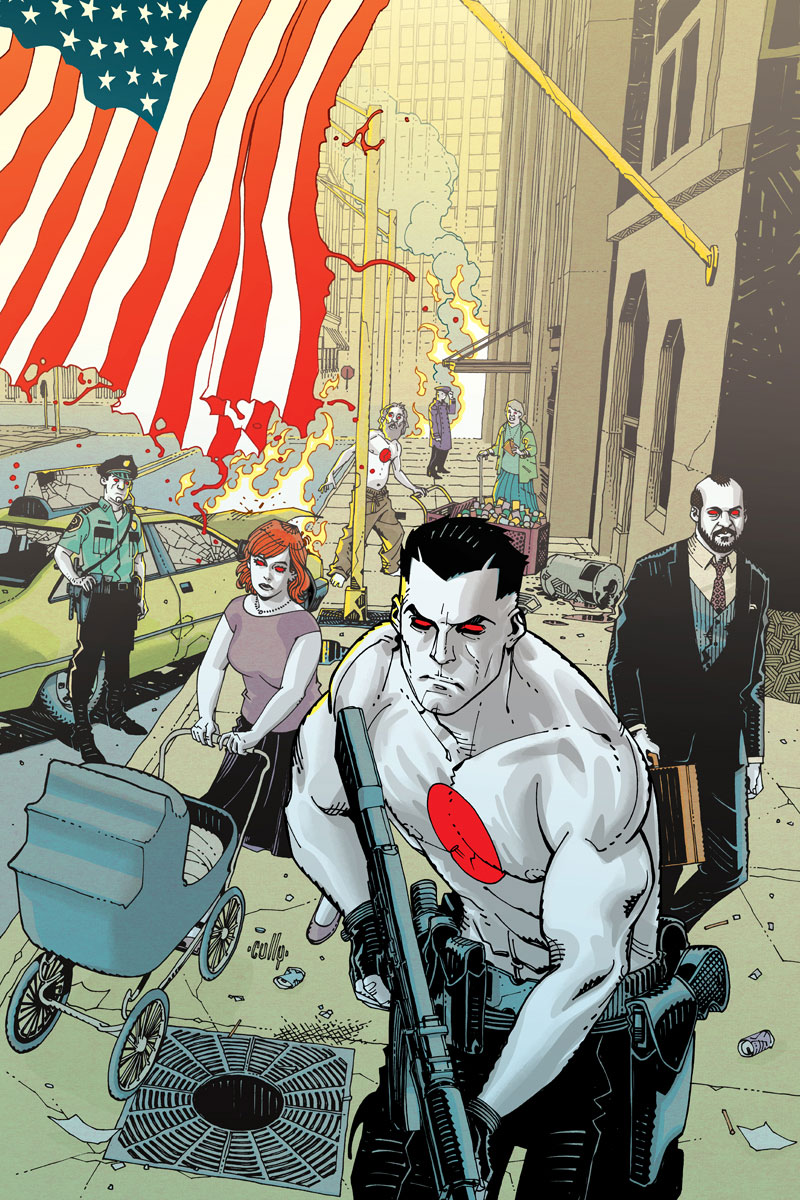 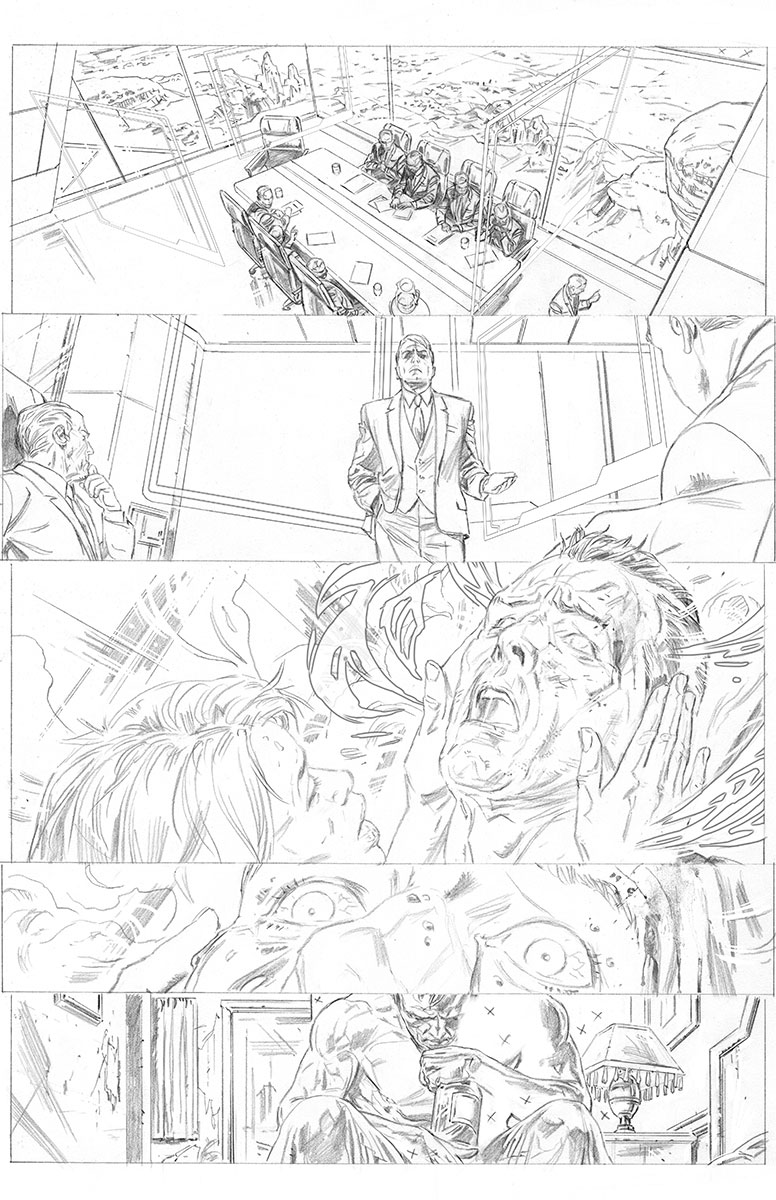 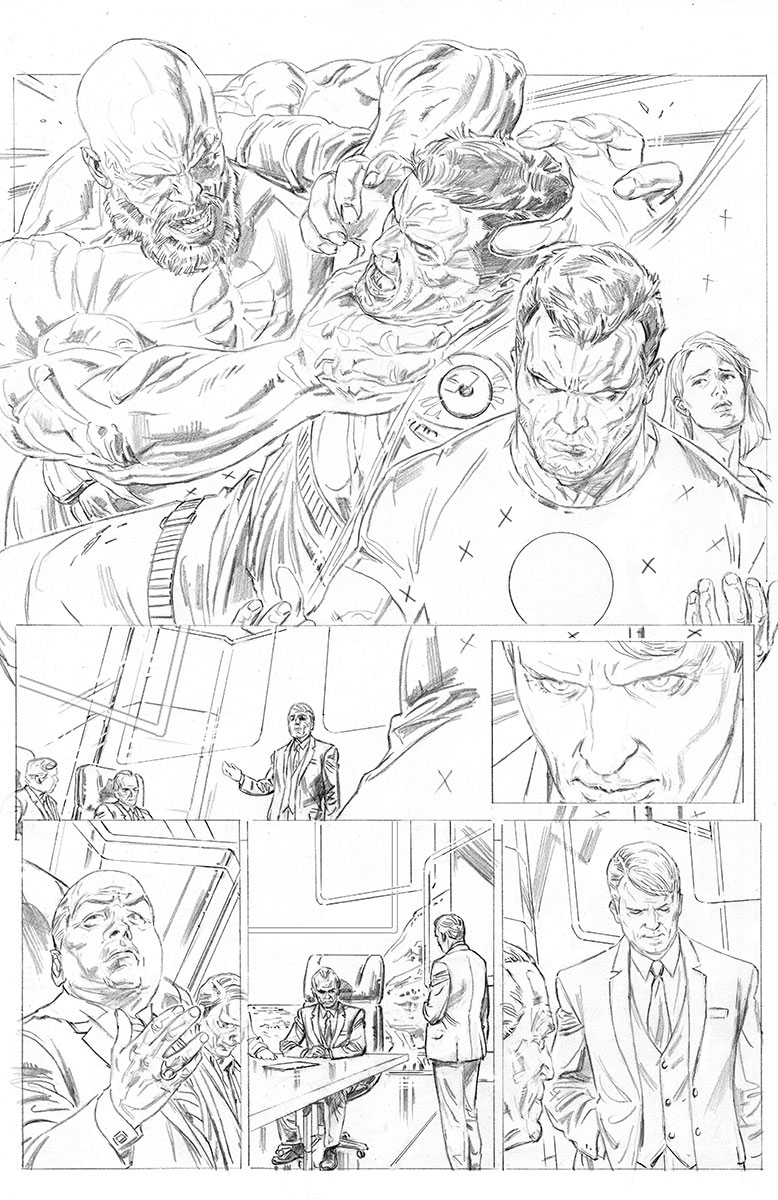 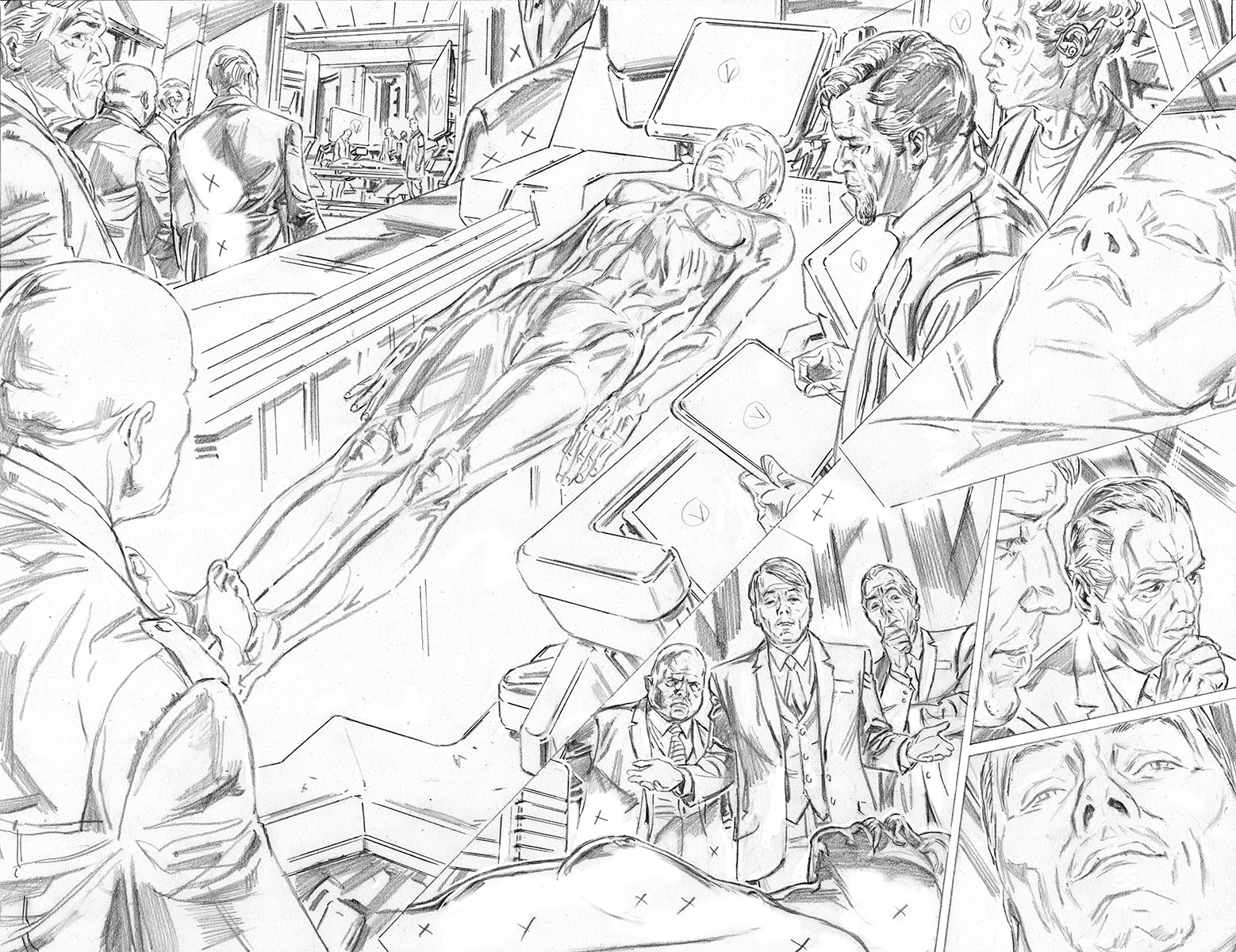 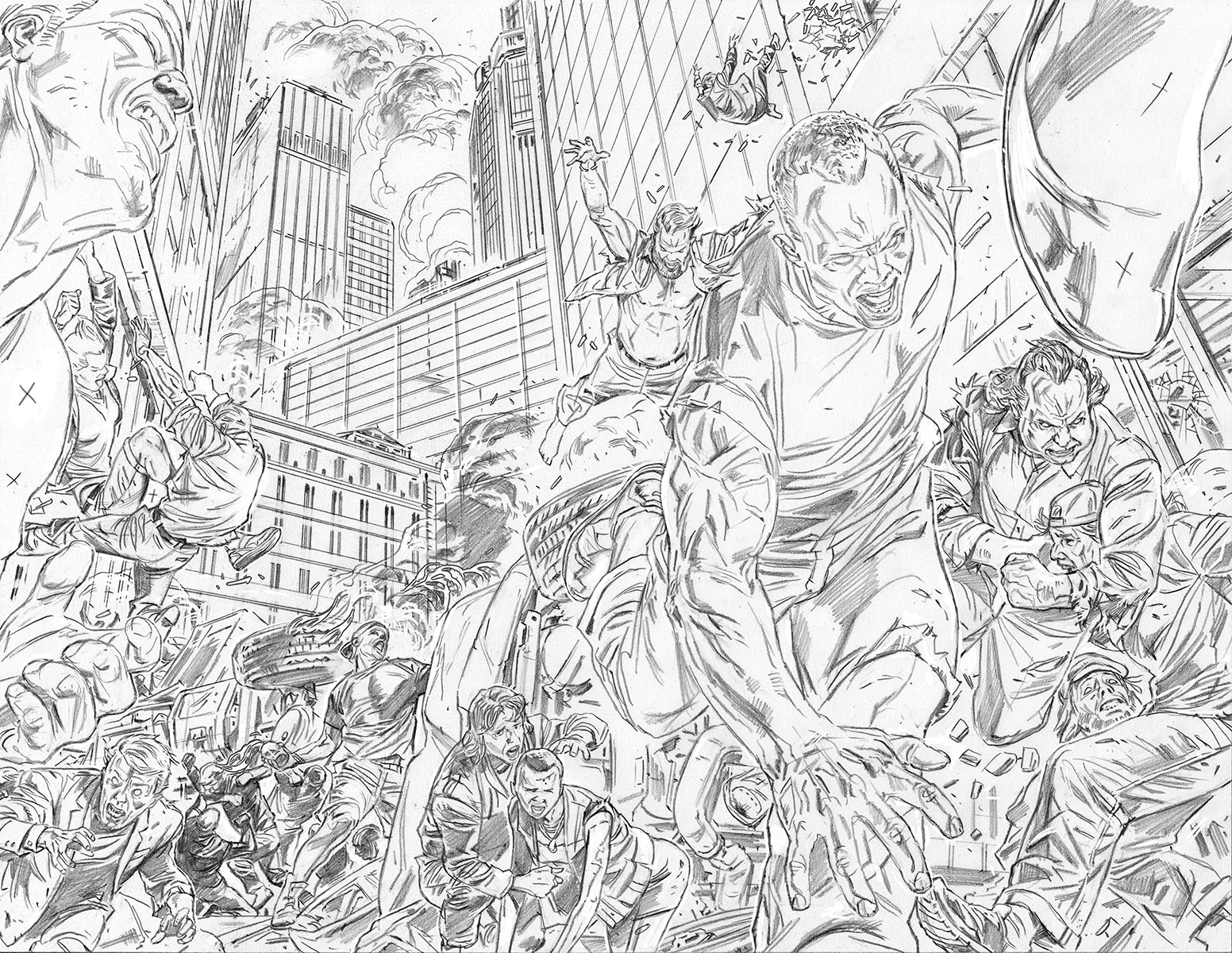