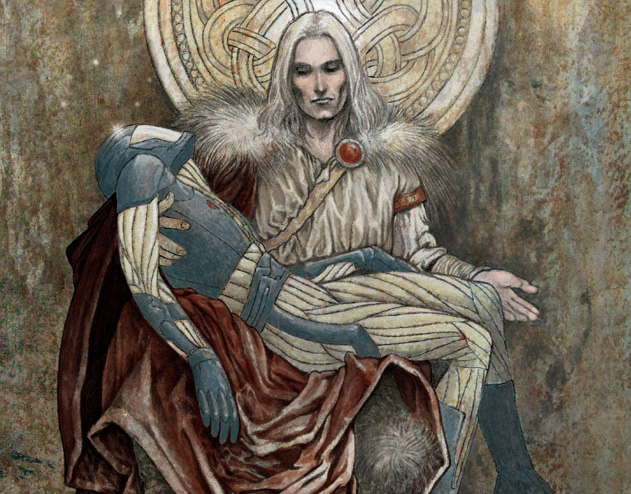 Two decades later, as the lead title of "THE SUMMER OF VALIANT" relaunch in 2012, X-O MANOWAR #1 by New York Times best-selling writer Robert Venditti and Eisner Award-winning artist Cary Nord firmly established the Valiant resurgence with four sold-out printings and the single highest sales for any new comics publisher in more than a decade. With a single run totaling 56 issues, X-O MANOWAR has gone on to become one of the longest running superhero series of the modern era, earn a multitude of awards, nominations and critical accolades from some of the industry's most prestigious outlets, and form the backbone of Valiant's superhero universe along the way. Now, join one of the greatest legends in comic book history as Aric of Dacia faces his deadliest test yet…in the colossal X-O MANOWAR #50anniversary milestone!

For centuries, the sacred X-O Manowar armor has stood unrivaled as the universe’s most powerful weapon. Today, will it equal Earth’s doom? An unthinkable alien race known only as The Torment has come to our world in search of the armor’s secrets. Now, they stand opposed by Aric of Dacia – former slave, noble warrior, resolute king, and current master of the armor’s near-limitless capabilities. But is one man…and one weapon…enough to repel a force capable of leveling a thousand civilizations?

Chronicling X-O Manowar’s five-year-long impact on the people of Earth, and setting the stage for galaxy-spanning adventures yet to come in 2017 and beyond, no comic book fan can afford to miss the ultimate cosmic battle for the fate of Valiant’s most powerful hero!

Plus: Valiant is marking 50 epic issues with a formidable line-up of covers from an all-star cast of comics greats! Leading the charge is the X-O MANOWAR #50 All-Star Jam Cover – the biggest-ever jam cover in comics history, featuring 50 major comics talents in celebration of 50 issues for Valiant’s flagship series! Debuting as X-O MANOWAR #50's standard shelf cover, this never-before-attempted comics breakthrough features a breathtaking collection of top talents as they each deliver an all-new take on Valiant’s leading hero in their own signature style.

Contact your local comic shop to reserve your copy today!

Finally, celebrate X-O Manowar’s landmark issue #50 finale with the X-O MANOWAR #50 COUNTDOWN GIVEAWAY, running through each issue of "LONG LIVE THE KING"! For no extra cost, each issue of “LONG LIVE THE KING” will come bagged with one of 50 exclusive, 4-by-6 inch “micro-prints” featuring the one and only X-O Manowar as realized by a sensational cast of comics’ biggest talents – or full-blown, beautifully rendered original artwork randomly inserted in each issue! The X-O MANOWAR #50 COUNTDOWN GIVEAWAY will continue all summer long across all issues of “LONG LIVE THE KING” – including the oversized, blockbuster issue #50 finale! 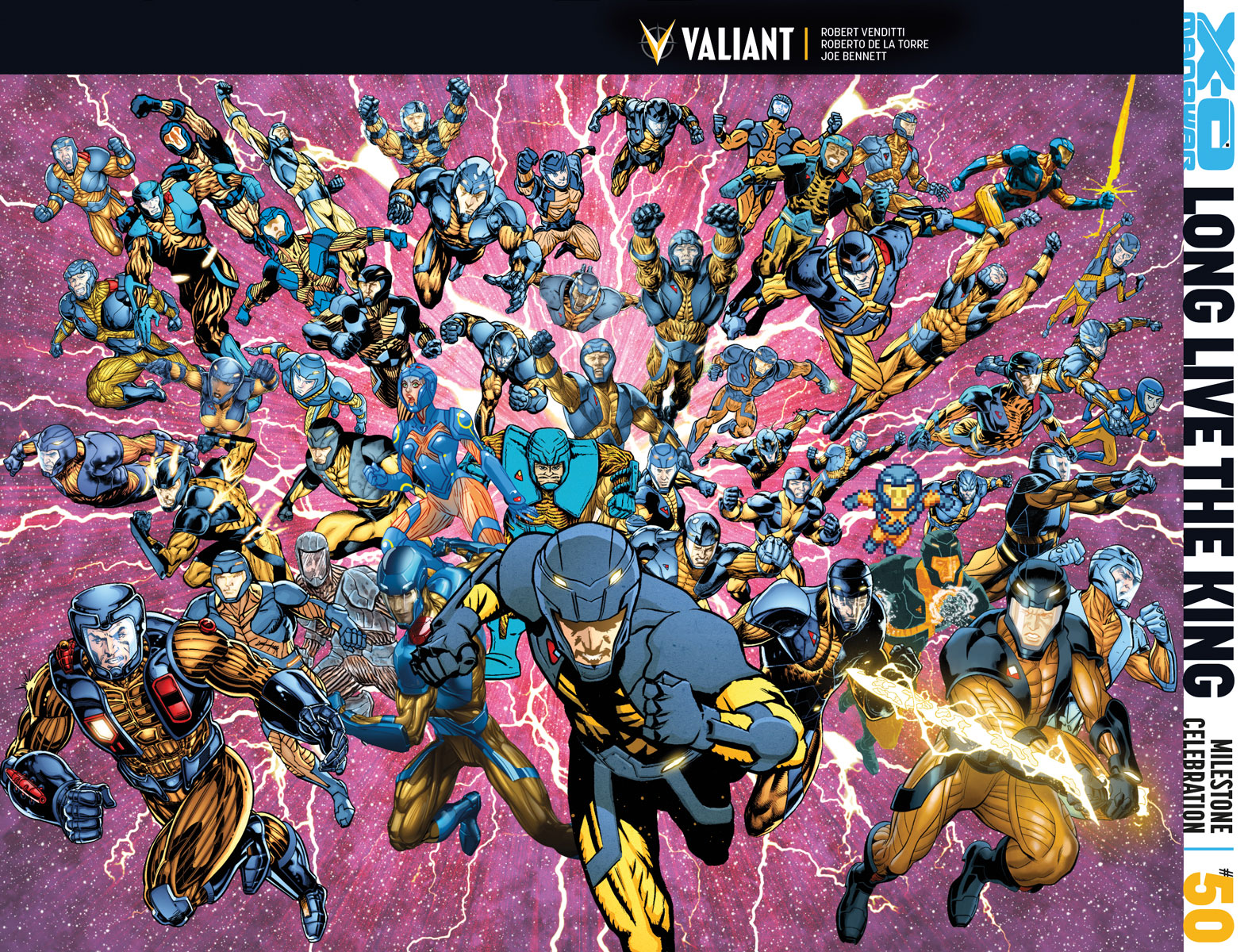 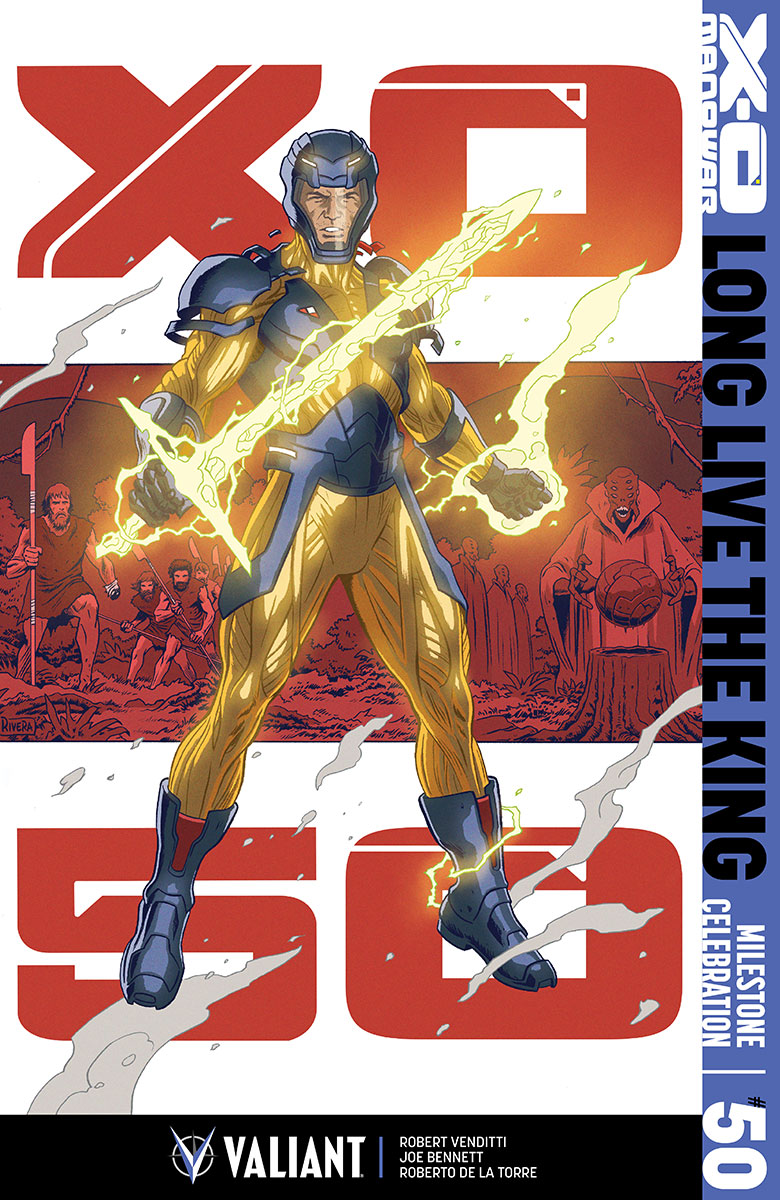 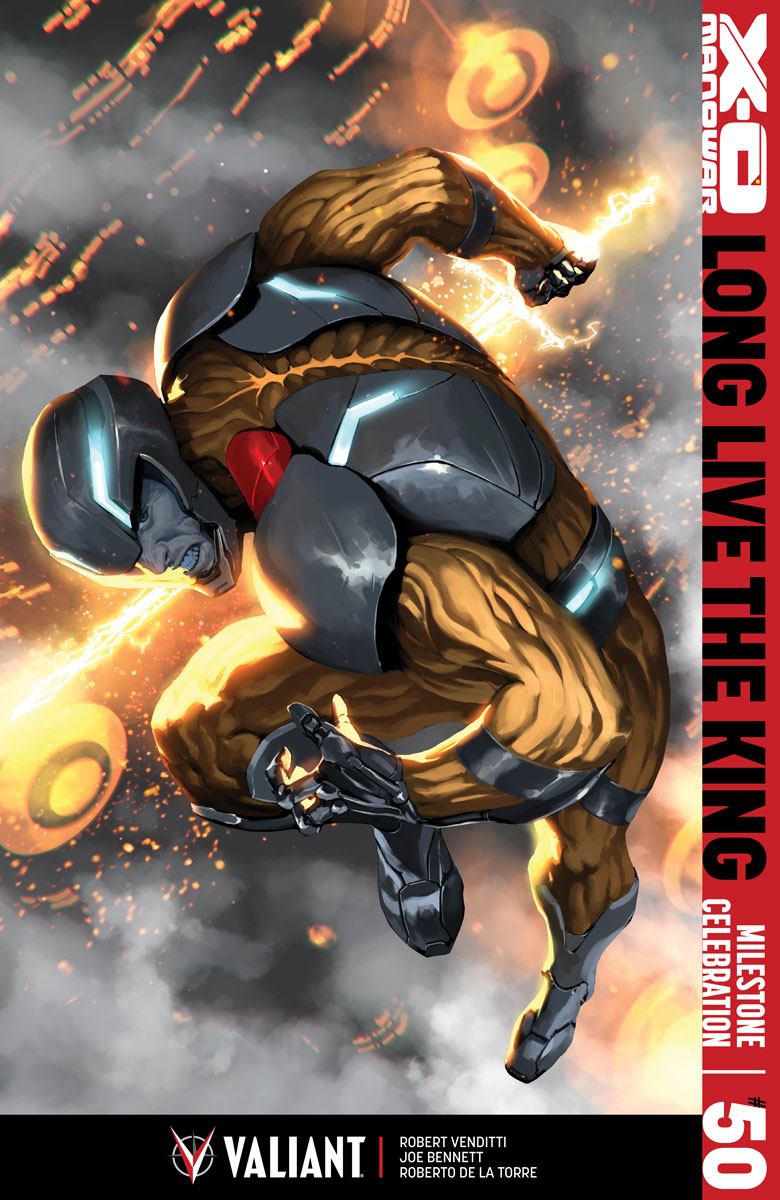 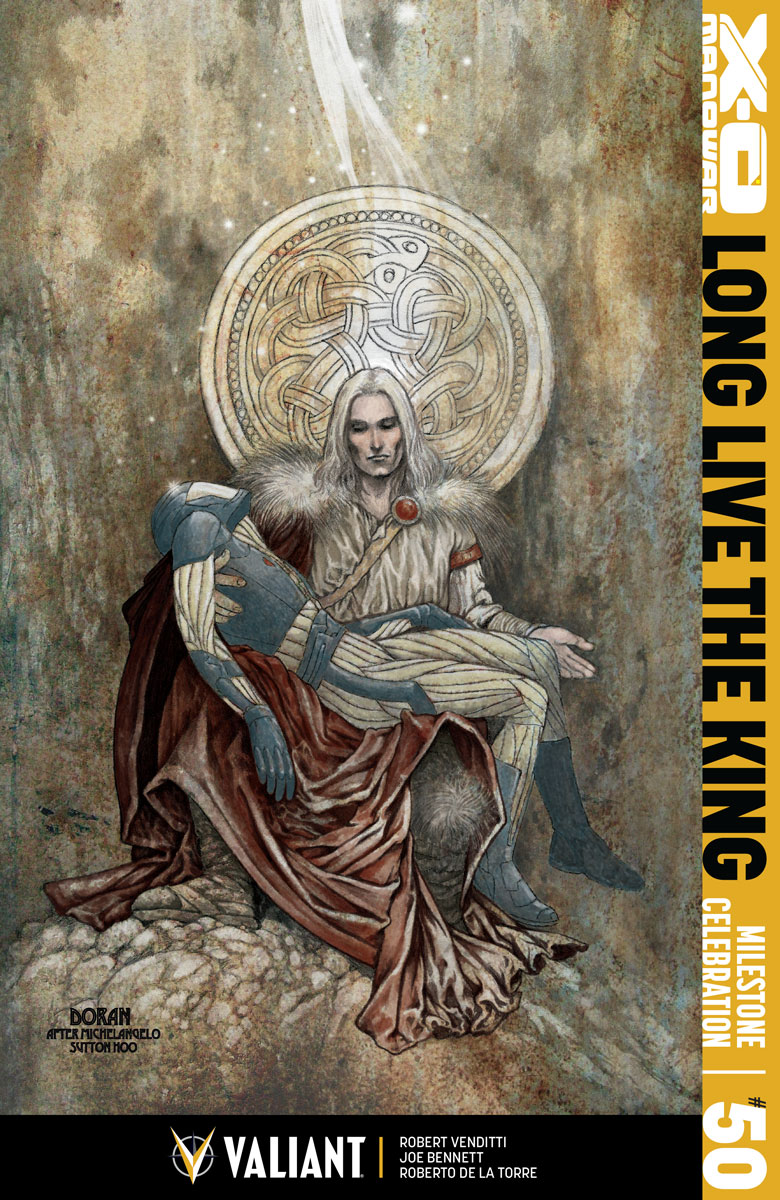 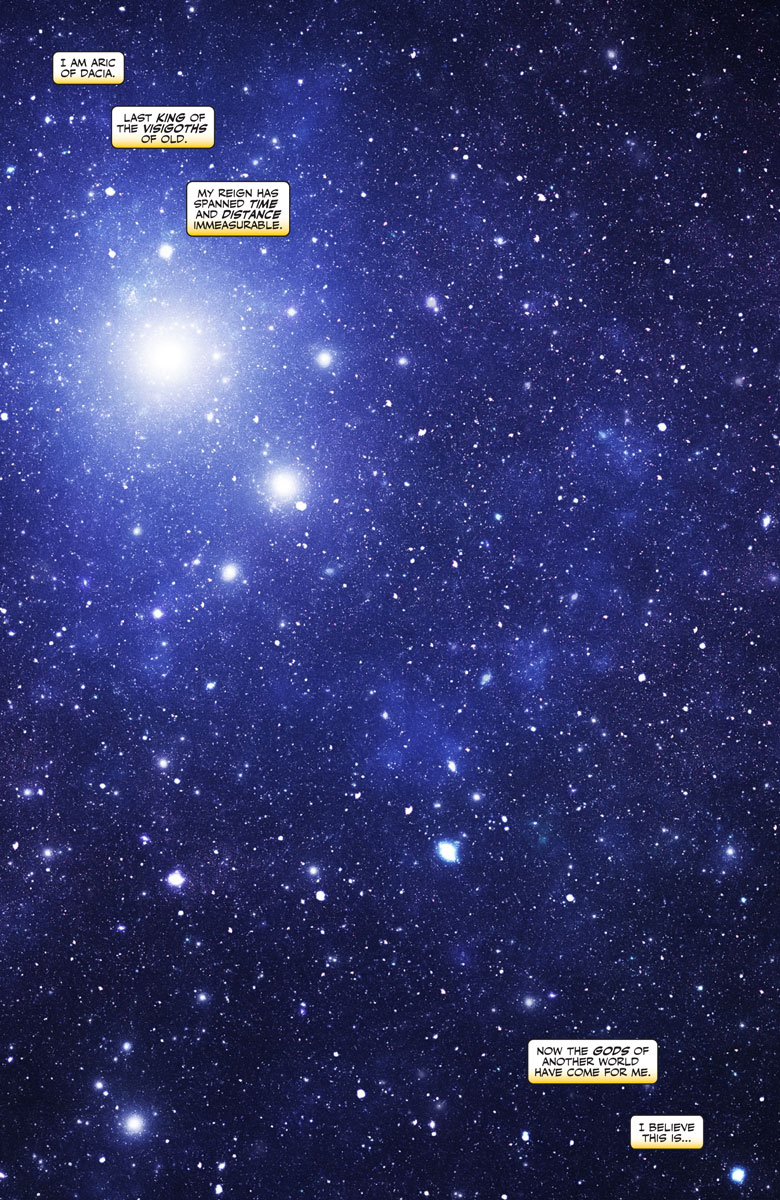 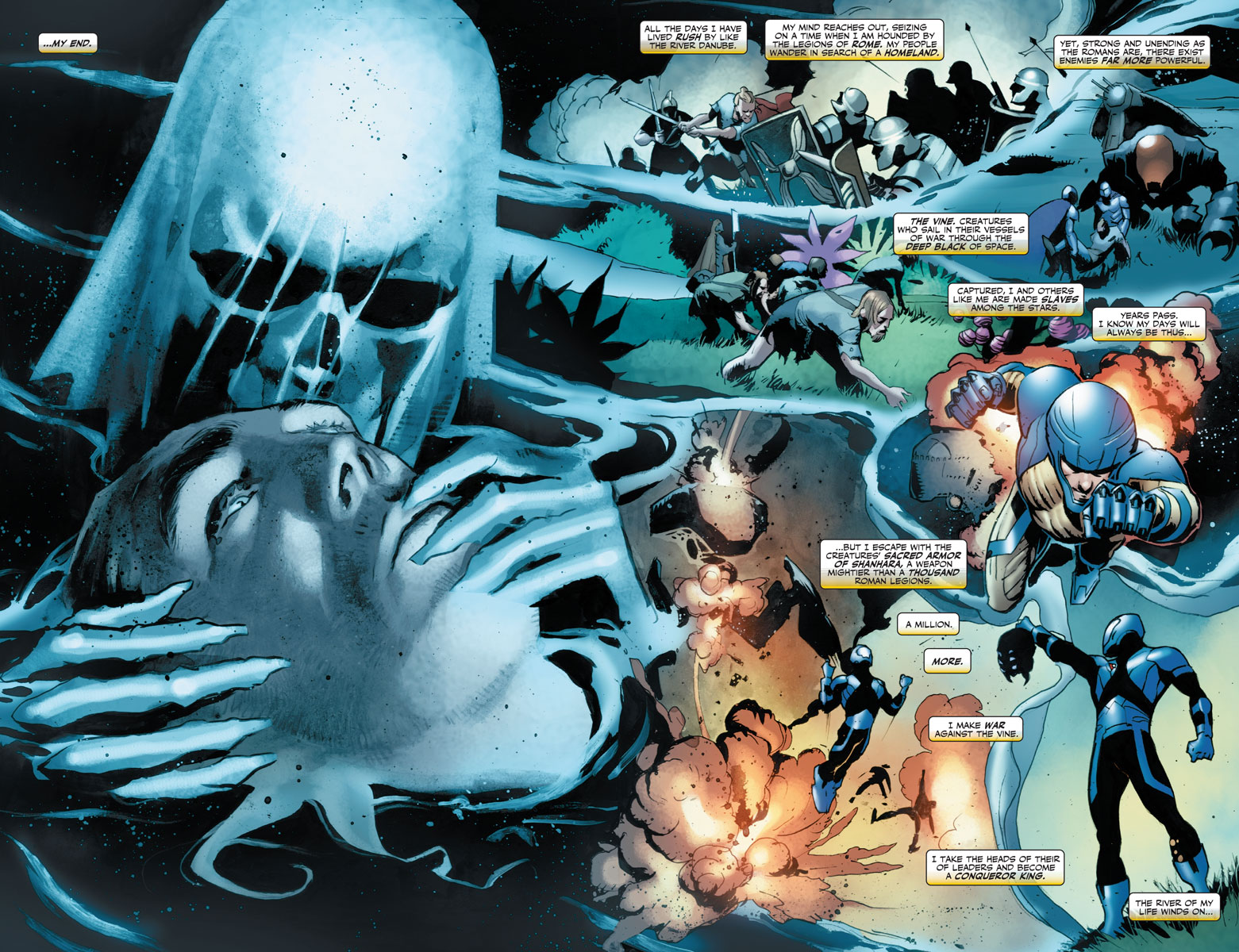 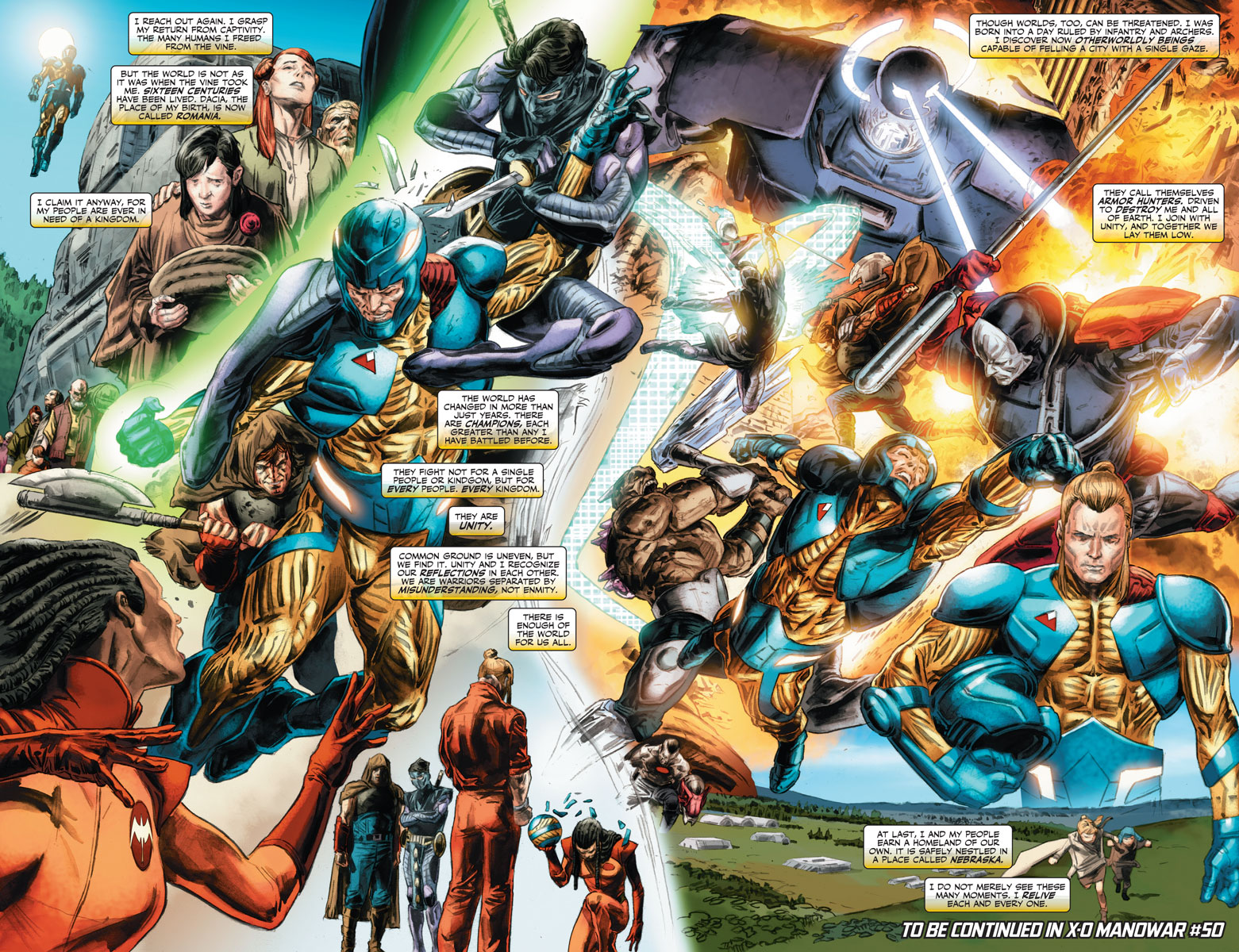