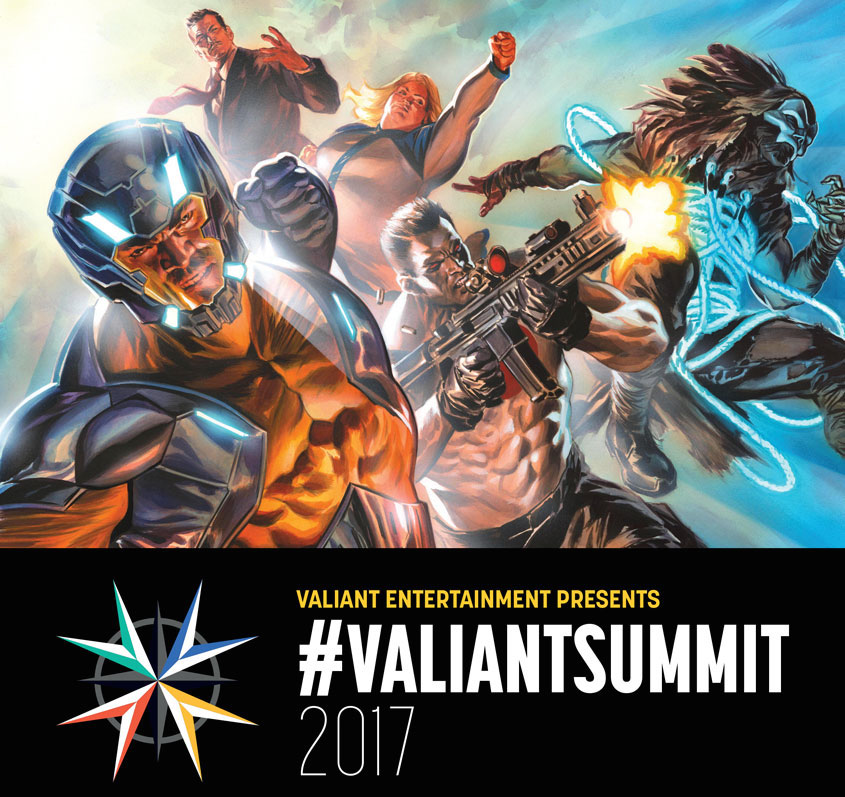 Valiant is proud to announce #ValiantSummit 2017 – the award-winning publisher’s third annual media event, broadcasting live from Twitch TV’s Hyper RPG Studio in Los Angeles! On Monday, April 17that 2 pm ET/11 am PT, join Valiant and an all-star line-up of special guests – including Harvey Award nominee Christos Gage (Netflix’s Daredevil), Academy Award nominee Eric Heisserer (Secret Weapons), acclaimed writer Jody Houser (Faith), and New York Times best-selling writer Matt Kindt(X-O Manowar) – as they unveil a blockbuster line-up of news and announcements for the coming year and beyond! With Valiant’s biggest debut of all time – the sold-out X-O MANOWAR (2017) #1, on shelves now – sending shockwaves through the comics industry, 2017 is already the biggest year yet for the largest independent superhero universe in comics. Now, find out what epic events await Valiant’s greatest ICONS with a stunning presentation revealing what lies ahead for FAITH, NINJAK, SHADOWMAN, QUANTUM AND WOODY, and many more in the year to come, only at #ValiantSummit 2017!Follow all of #ValiantSummit 2017's news and announcements as they happen with a live stream on Twitch TV’s Hyper RPG channel at https://www.twitch.tv/hyperrpg, Facebook Live or Twitter. And join the conversation on Twitter at the official @ValiantComics account or follow along with coverage live from #ValiantSummit 2017 from the preeminent press outlets in comics today!Plus: Look for a series of exclusive post-game recaps of all of #ValiantSummit 2017's events with interviews, analysis, extras, and more everywhere throughout the day!
Established in 2015 with the first #ValiantSummit broadcast live from Twitter’s San Francisco headquarters, the annual #ValiantSummit is Valiant’s biggest and most anticipated live media event of the year. Last year, Valiant followed suit and teamed with the historic Upright Citizen’s Brigade Theatre in New York City for the second annual #ValiantSummit and revealed first word on multiple best-selling series including FAITH, BRITANNIA, SAVAGE, HARBINGER RENEGADE, and more before a packed studio audience.On Monday, April 17th at 2 pm ET/11 am PT, find out what the future holds for the most celebrated publisher in comics today as Valiant unveils #ValiantSummit 2017 – broadcasting live on Twitch TV’s Hyper RPG channel, Facebook Live and Twitter. And don’t forget to join the celebration by using the #ValiantSummit hashtag! 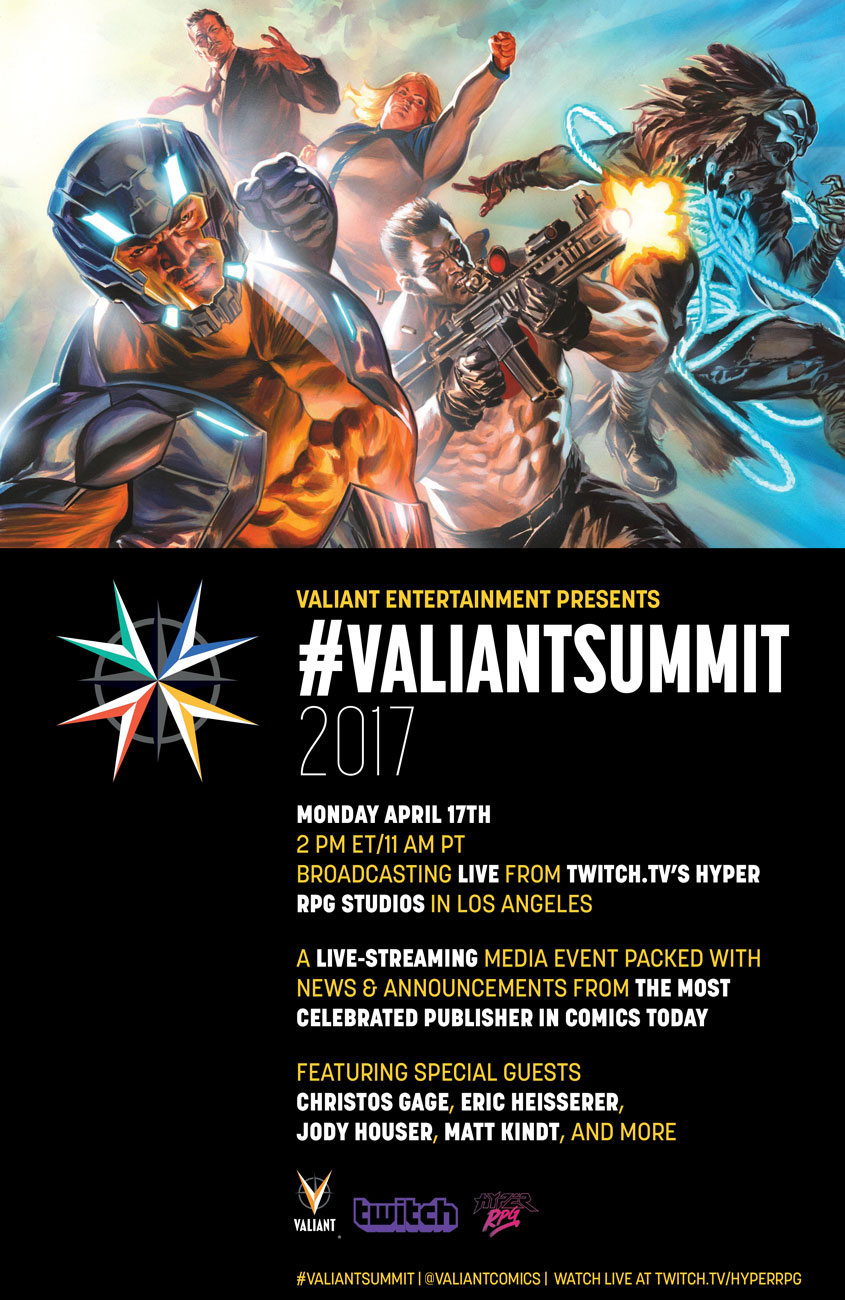