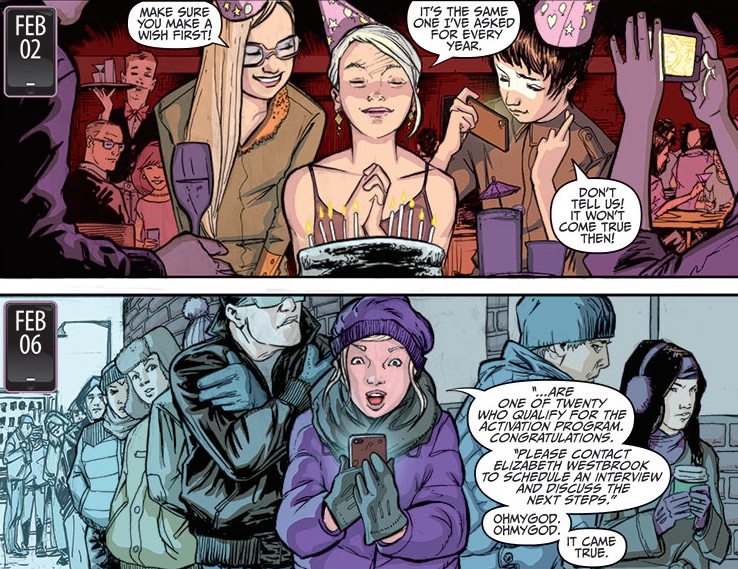 Valiant is proud to reveal your first lettered look inside SECRET WEAPONS #0 – an all-new, standalone prelude to the best-selling comics phenomenon from Academy Award nominee Eric Heisserer (HARBINGER WARS 2, Arrival) and legendary artist Adam Pollina (X-Force)! Before the fall of the Harbinger Foundation… Before the opening pages of SECRET WEAPONS #1… Dig deep into the inner life of one of the Valiant Universe’s most extraordinary heroes on January 3rd with a breathtaking introduction from two of Valiant’s most gifted storytellers – revealing, at last, the heartbreaking origin of one of the Secret Weapons’ most unusual members!

Meet high school senior Nikki Finch… She’s a gifted athlete with an unusual set of medical ailments and high-aptitude test scores that have drawn the attention of an obscure and little-known NGO calling itself the Harbinger Foundation. With seemingly limitless resources at its disposal, the Harbinger Foundation has just offered Nikki a place in their newest class of recruits for a prestigious, but secretive, mission: to unlock her hidden potential via the invasive, dangerous and often deadly process known as “psiot activation.”

If they succeed, Nikki could become an extraordinary example of Toyo Harada’s vision for the future of post-human biological superiority. If they fail, she’ll likely die on the operating table…or be locked away for future study in the mysterious research facility only known as The Willows…

An essential new chapter in the Harbinger mythos is about to be revealed as Nikki Finch – a future founding member of Livewire’s squadron of misfit telekinetics – relives the never-before-told saga of her recruitment and activation at the hands of Toyo Harada’s Harbinger Foundation in a must-read standalone special from Oscar-nominated sci-fi visionary Eric Heisserer and comics legend Adam Pollina!

On January 3rd, the new year’s most surprising and poignant superhero origin starts here as the most formative year of Nikki’s life reveals itself one day – and one panel – at a time! Discover an all-new introduction to the world of the breakout hit series that Newsarama calls “like nothing else on the stands right now,” only in SECRET WEAPONS #0 – featuring star-studded covers by Raúl Allén (SECRET WEAPONS), Veronica Fish (Archie), rising star Sibylline Meynet, Sija Jong (NINJAK), and Adam Pollina (X-Men: Rise of Apocalypse)!

PLUS: In advance of HARBINGER WARS 2 – the seismic crossover event of 2018 – discover Livewire and her new trainees’ epic impact on the landscape of Valiant Universe with the SECRET WEAPONS TPB collection, in stores December 13th! Collecting all four issues of the sold-out series from all-star creators Eric Heisserer (Arrival) and Raúl Allén (WRATH OF THE ETERNAL WARRIOR), one of 2017’s most pivotal and widely acclaimed debuts returns in an intro-priced, $9.99 trade paperback that is the ultimate introduction to the Valiant Universe’s newest band of heroes! A young girl who can talk to birds… A boy who can make inanimate objects gently glow… To others, these are expensive disappointments. But, to Livewire, they are secret weapons…in need of a leader. Now, as a mechanized killer called Rex-O seeks to draw them out, Livewire and her new team of cadets will be forced to put their powers into action…in ways they never could have imagined… 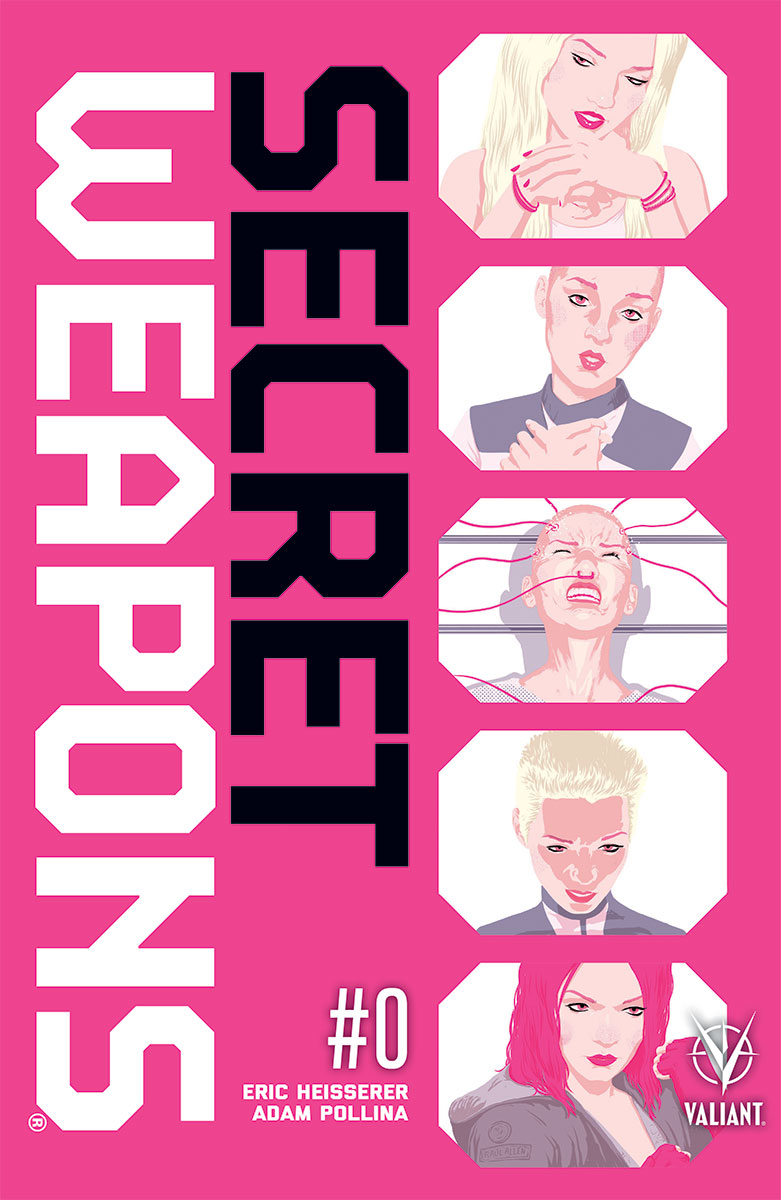 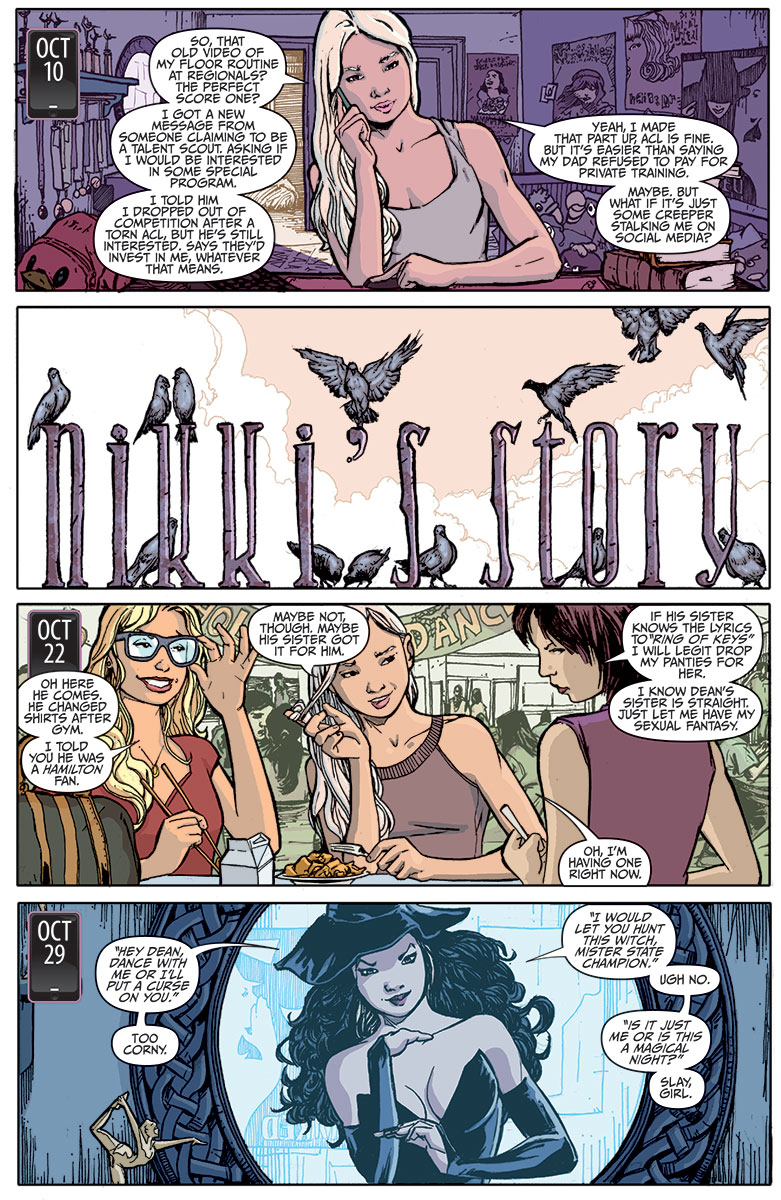 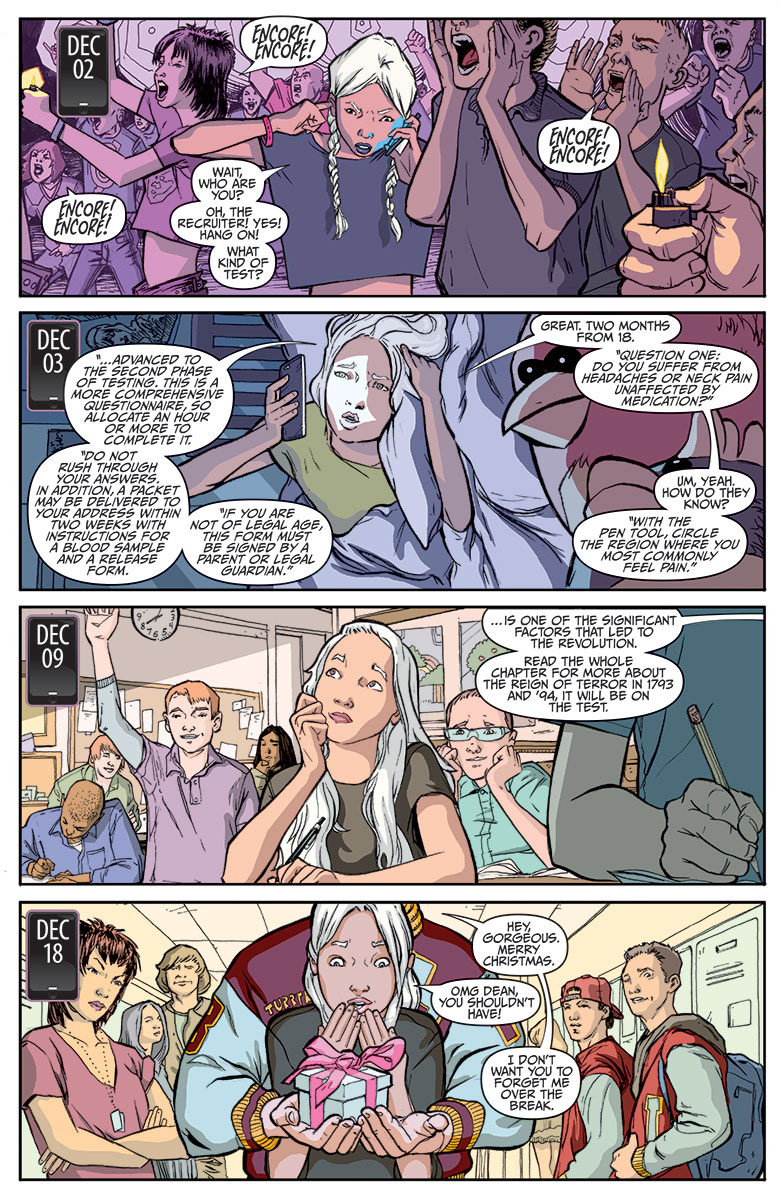 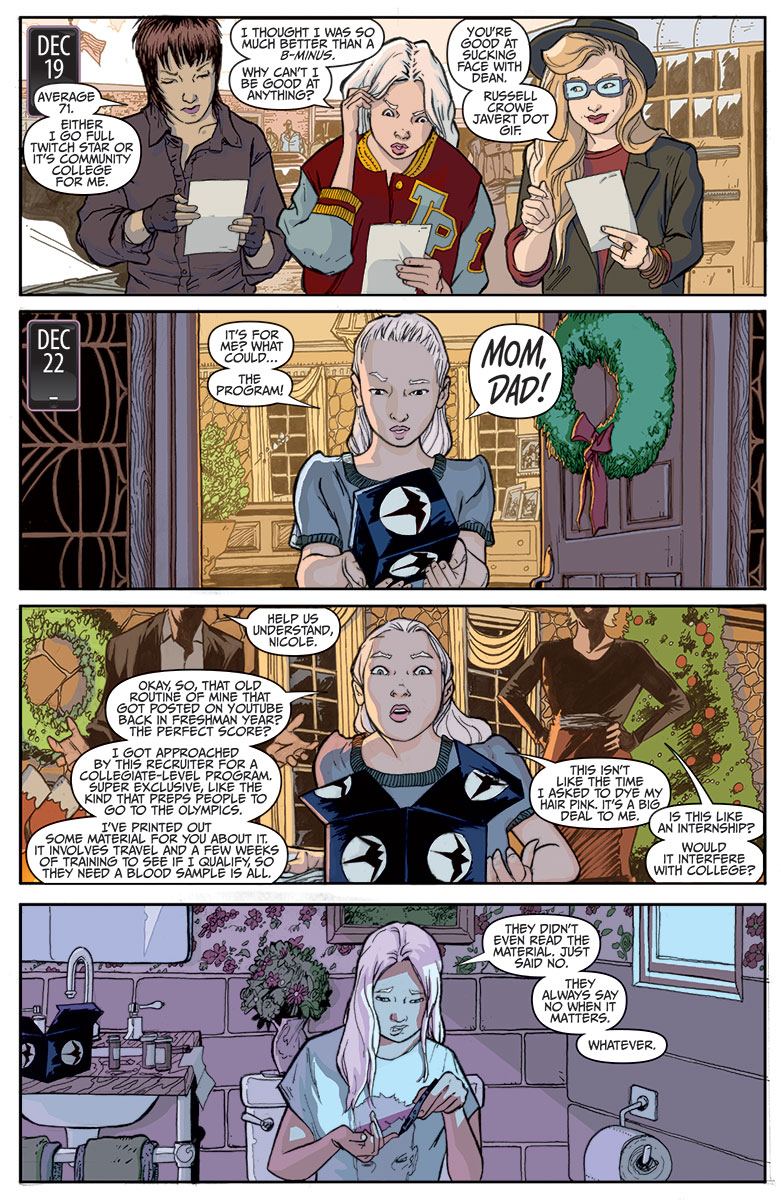 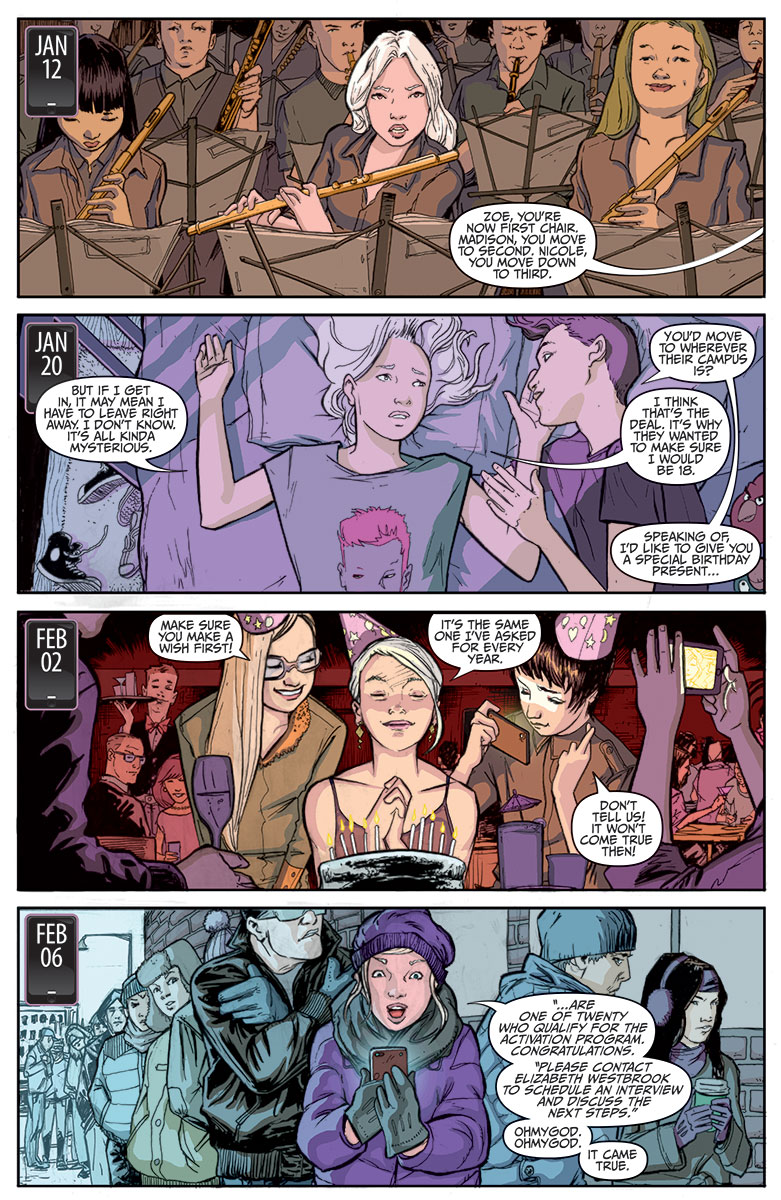 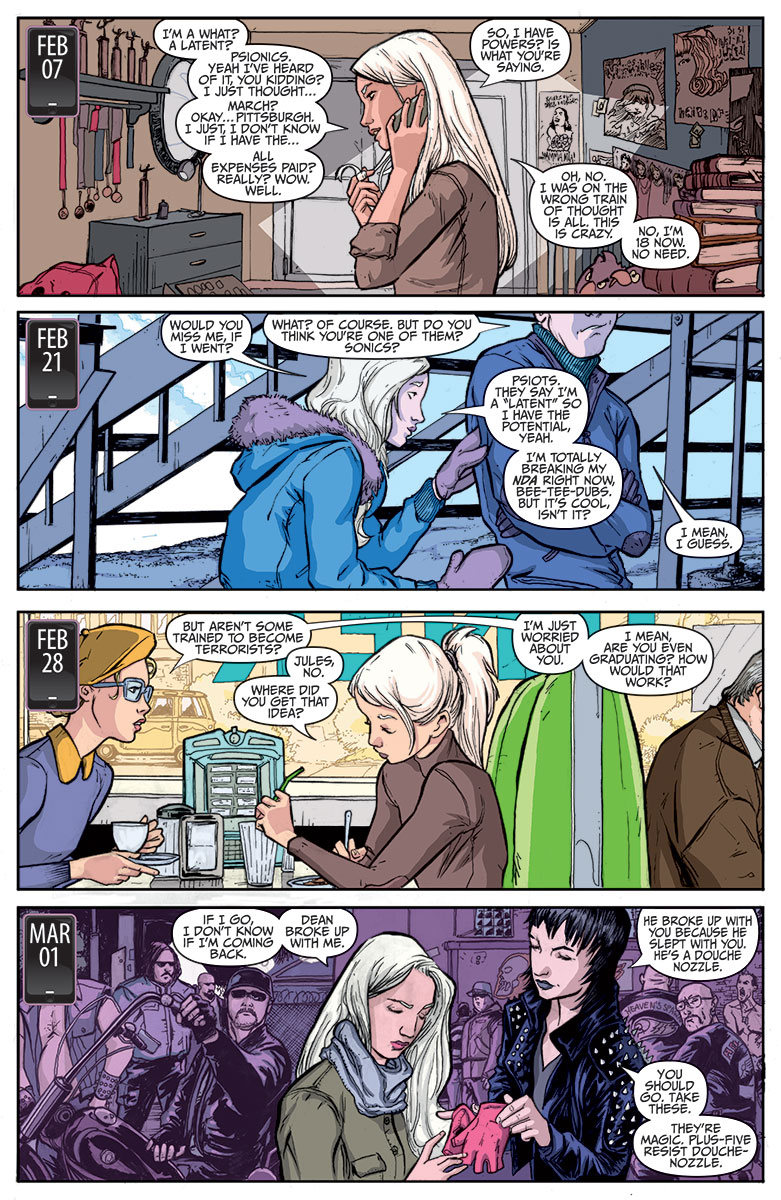 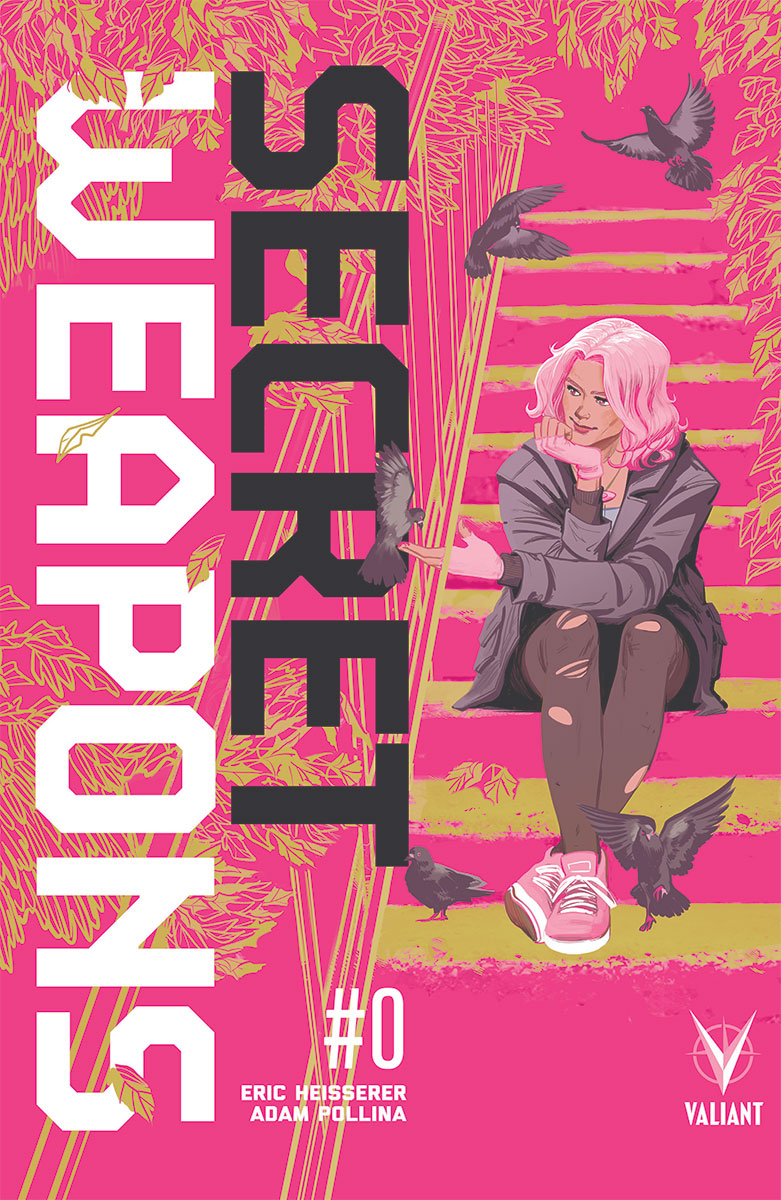 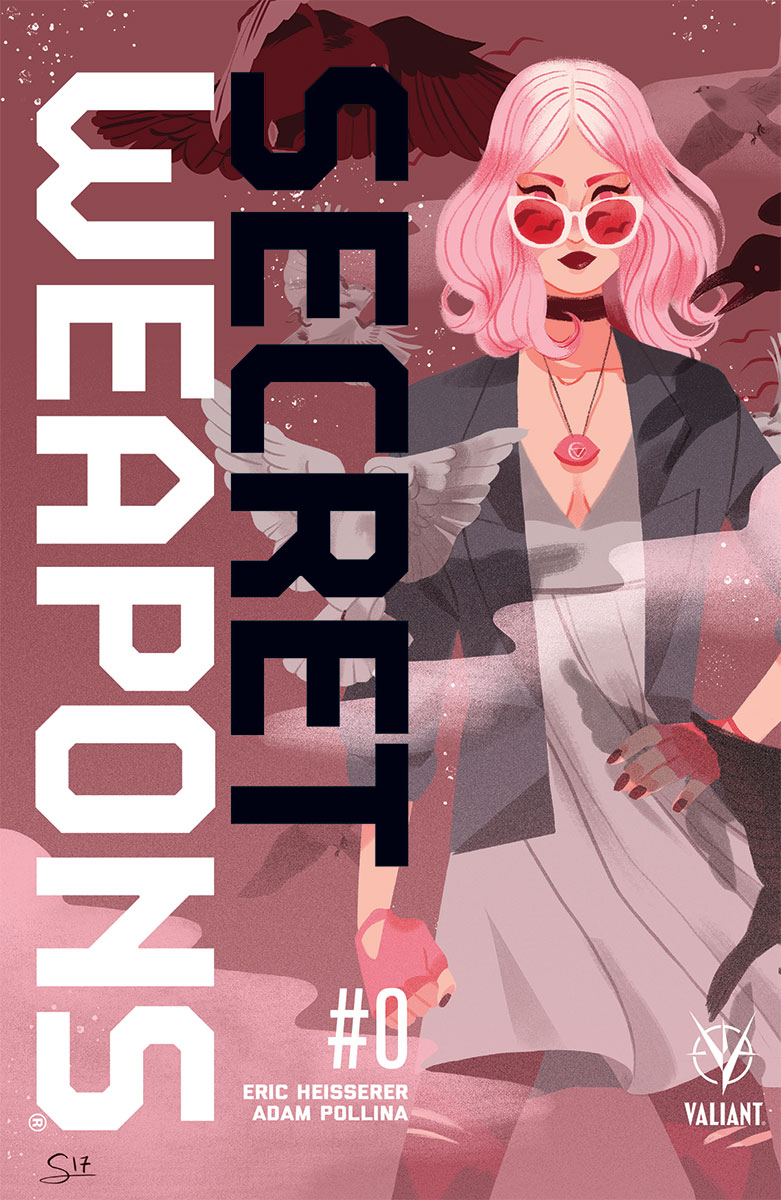