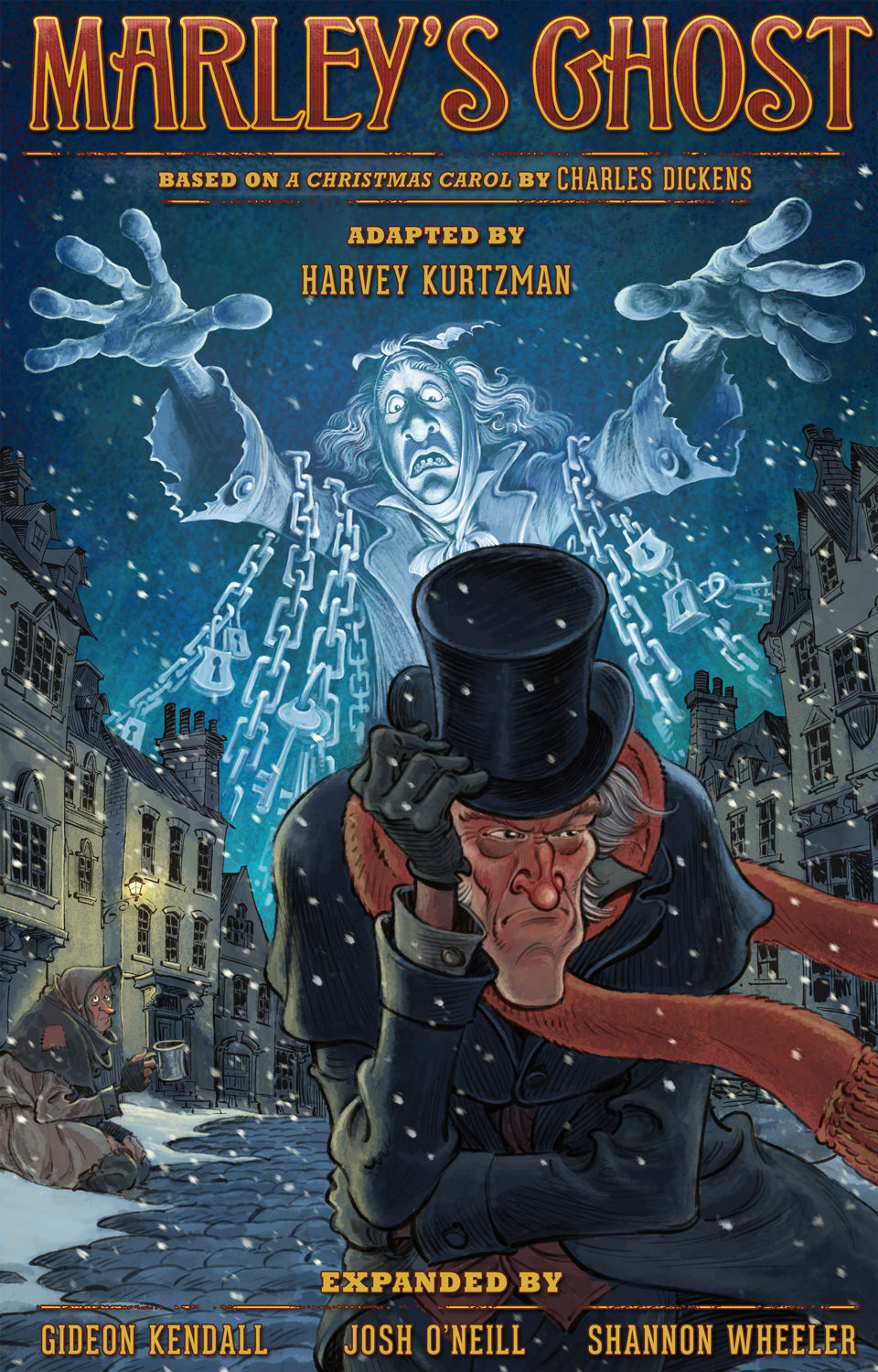 “To me (and many others) Harvey was like a Pied Piper.  He would whistle and we would follow him anywhere. Even the rewarding life at Mad that I’ve had these past sixty years would never have come about
if it weren’t for its creator, Harvey.” —Al Jaffee, Mad Magazine 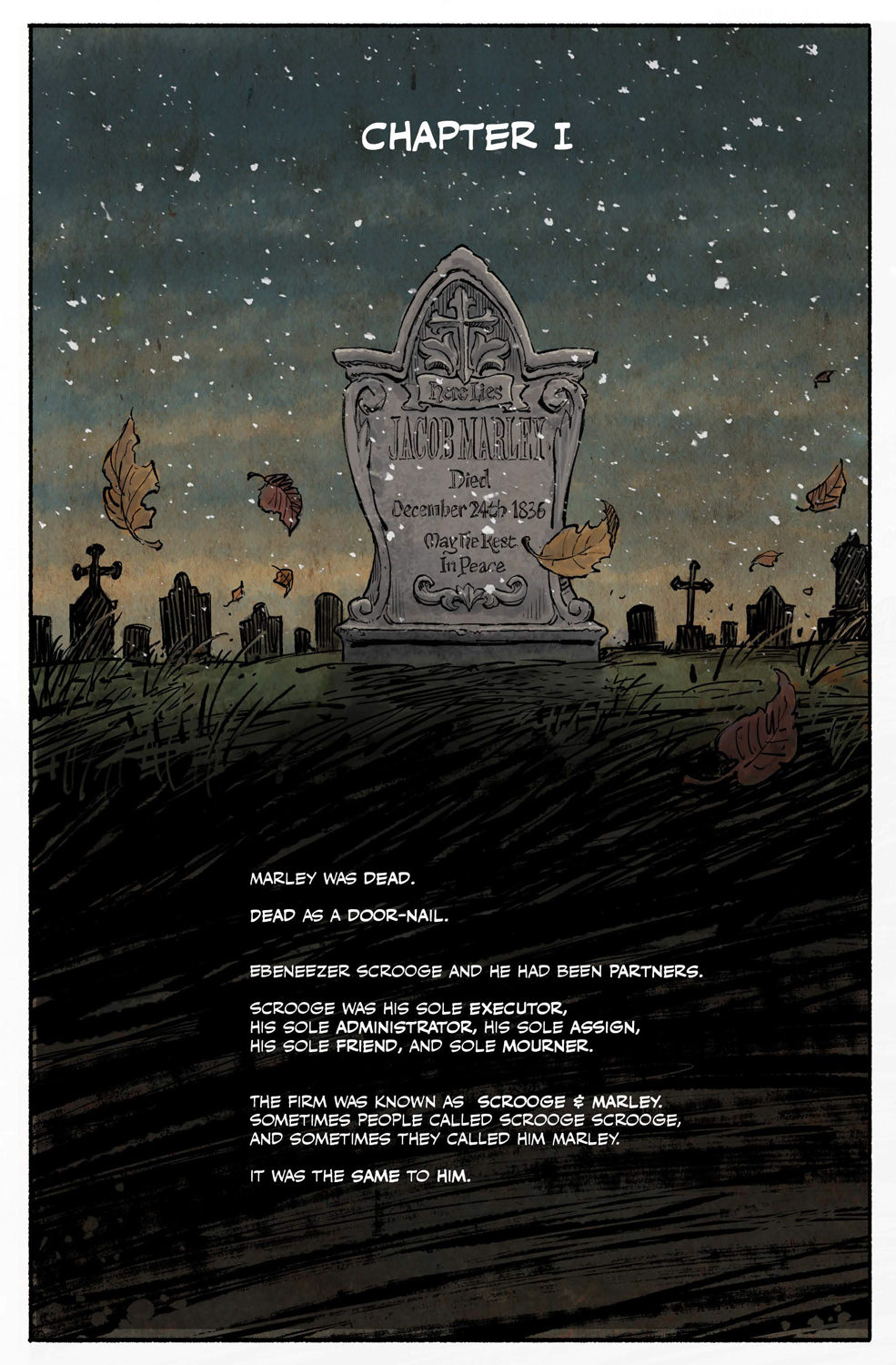 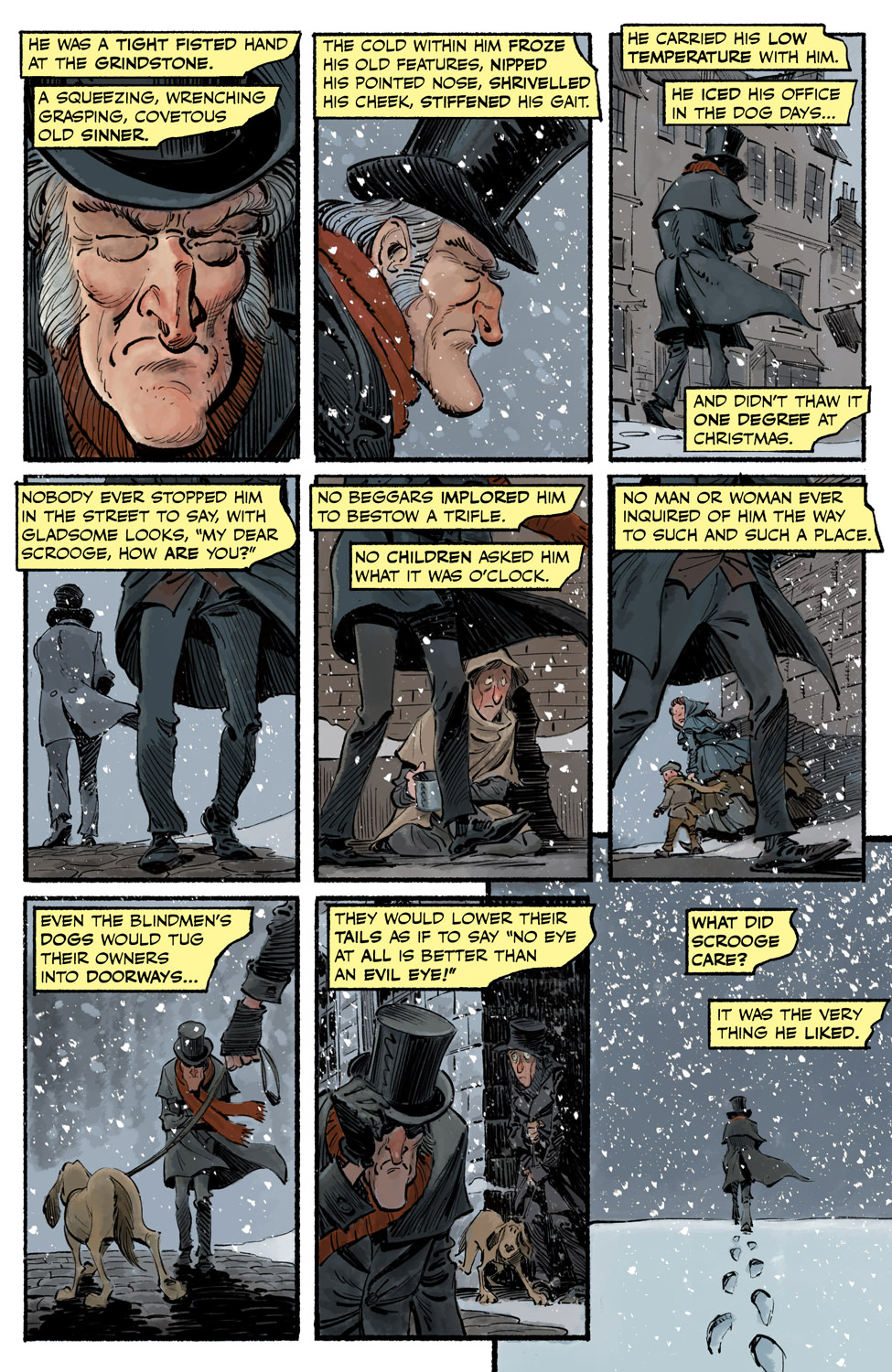 In the 1950s, legendary comics creator Harvey Kurtzman had plans to adapt Charles Dickens’s classic story A Christmas Carol into what would become known as a graphic novel. However, the project was never brought to fruition and the pages, thumbnails, and notes that Kurtzman had created remained unfinished. Artist Gideon Kendall and writers Josh O’Neill and Shannon Wheeler– under the supervision of the Kurtzman Estate and book packagers Kitchen, Lind & Associates – teamed up to finish Kurtzman’s dream project for comiXology. Harvey Kurtzman’s Marley’s Ghost adapts and expands upon Kurtzman’s extensive breakdowns and notes to make his long-lost vision a reality. 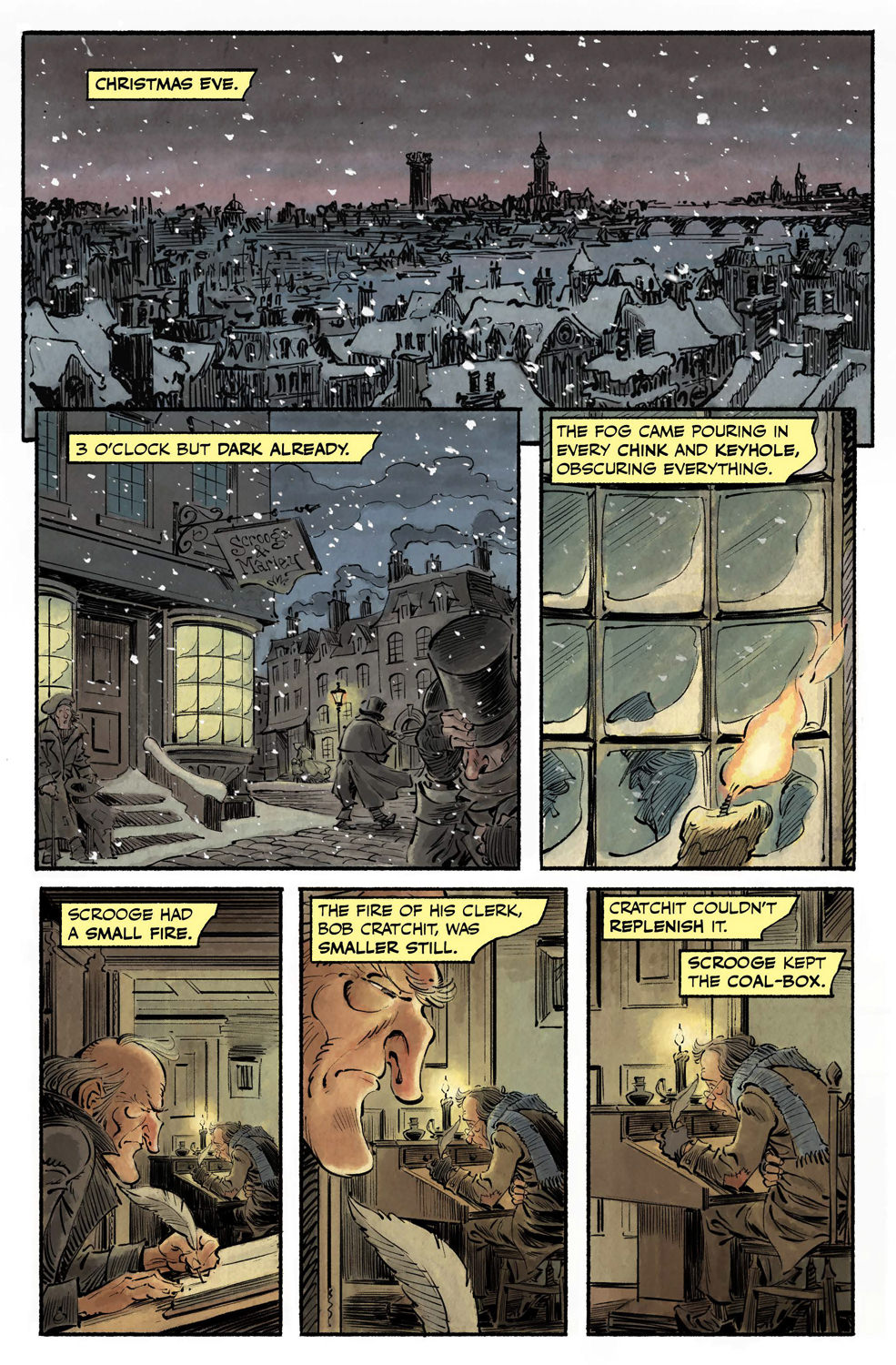 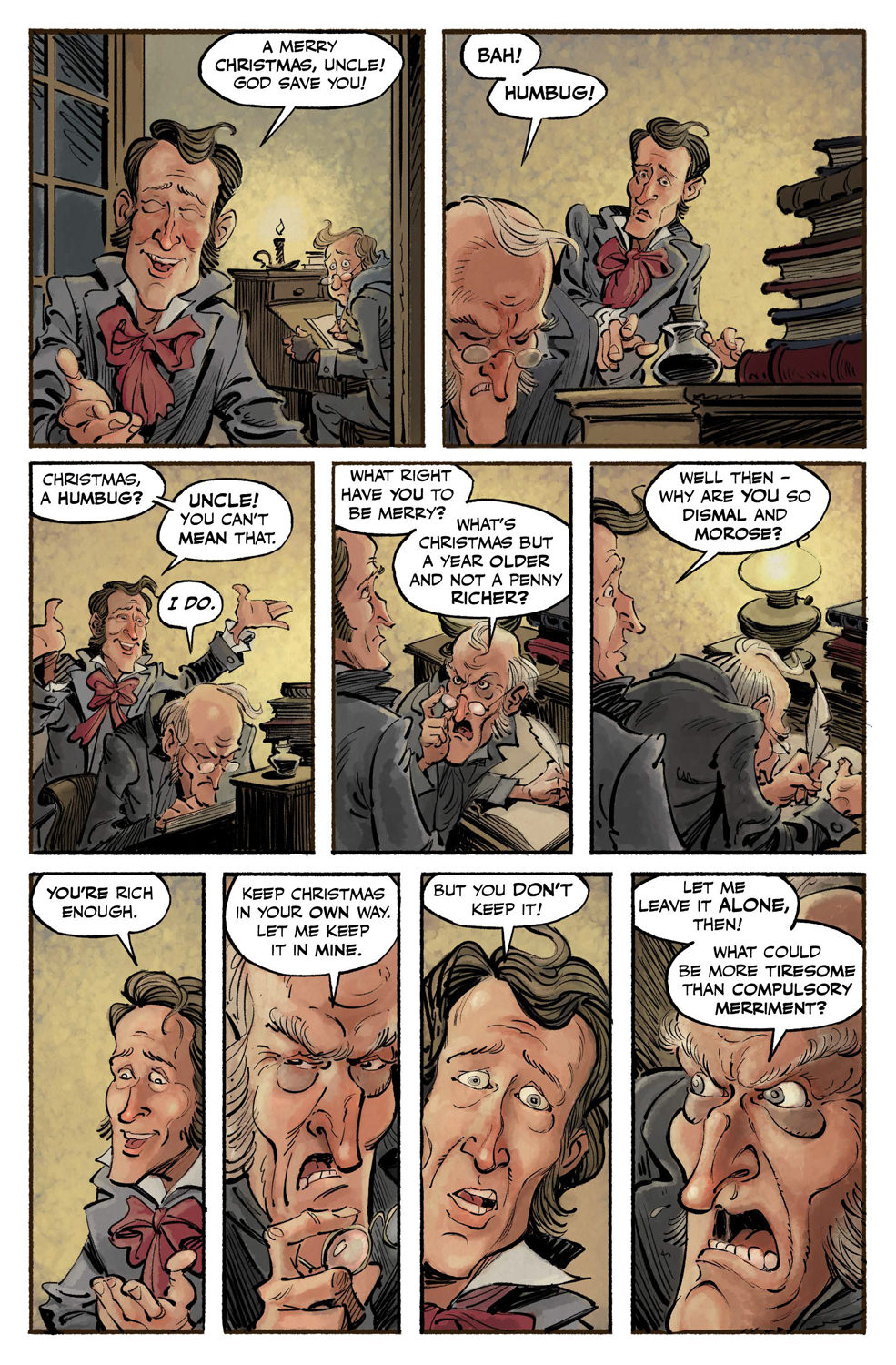 “With Harvey Kurtzman’s Marley’s Ghost, families everywhere can enjoy this retelling of a holiday favorite, while comic aficionados will marvel at this now completed Kurtzman work.”said Chip Mosher, comiXology’s Head of Content & Senior Director of Communications. “Marley’s Ghost is a one-of-a-kind collaboration between some of the greatest creative talents of any time. Once you dive in, you’ll be hit by the tour-de-force storytelling of Josh O’Neill and Shannon Wheeler, along with Gideon Kendall’s finishes on Kurtzman’s roughs that delivers Dickens’s A Christmas Carol for audiences today.”

About the Creators
Harvey Kurtzman (1924-1993) was the creator of MAD magazine, Playboy’s Little Annie Fanny, and TRUMP magazine.

Gideon Kendall is an artist, illustrator and animation designer whose clients include Disney, Cartoon Network, and The New York Times.

Josh O’Neill is an Eisner and Harvey Awards-winning writer and editor (Little Nemo: Dream Another Dream).

Shannon Wheeler is the Eisner Award-winning creator of the comic Too Much Coffee Man and a contributor to The New Yorker.

About comiXology
ComiXology, an Amazon.com, Inc. subsidiary, is a revolutionary, cloud-based digital comics service. With content from over 125 publishers as well as thousands of independent creators from around the world, comiXology provides an unrivaled library of comic books, graphic novels, manga and bandes dessinées. The company’s first-in-class innovations include the exclusive Guided View technology which provides an immersive and cinematic reading experience and a monthly subscription service. ComiXology is based in New York City, with operations in Seattle and Los Angeles. For more information visit comixology.com and follow the company on Twitter, Facebook and Tumblr.