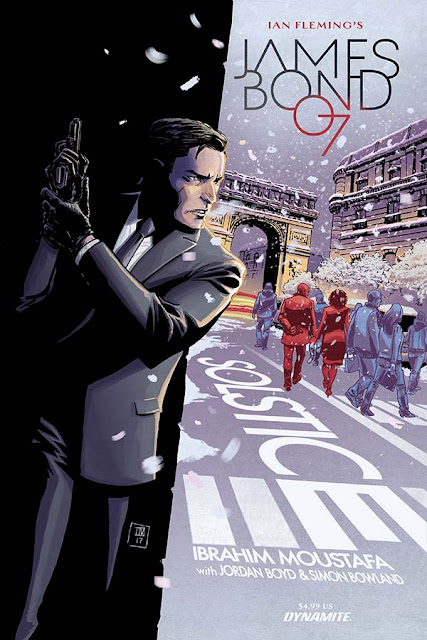 I’m a sucker for a good one-shot story that begins and ends in the same issue. It’s a great way to sample a series, and I wish comics publishers would do it more often.  So, if you’ve been curious about the JAMES BOND titles at Dynamite, here is your opportunity to check it out without making a multiple issue commitment.  Just keep in mind that this is not an ongoing monthly title at Dynamite but an assortment of mini-series (with different writers and artists) featuring British MI-6’s secret agent 007.

In spite of that, JAMES BOND: SOLSTICE is fairly indicative of how the legendary character is being handled at Dynamite: with respect for the legacy and history, and keeping the character portrayal accurate and true to form.

The story revolves around Bond’s pre-Christmas assignment, to eliminate a Russian agent who’s been romancing a British citizen in order to get closer to MI-6 and plant a spy/mole. The details get complicated due to a family connection to a high ranking official. 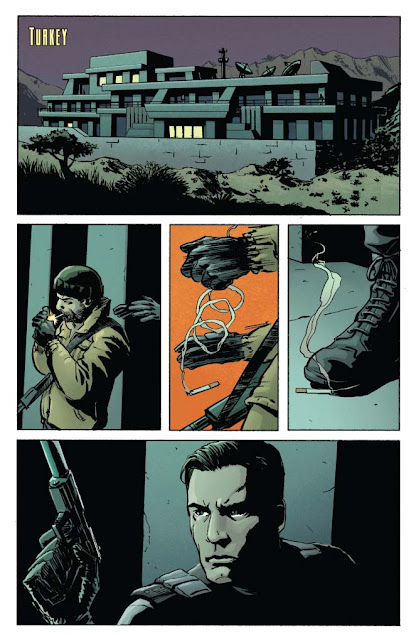 STORY:  Simple but effective. Moustafa manages to work in some of the Bond trademarks, giving Q a hard time, flirting with Moneypenny, the snappy patter, etc.  2 POINTS.

ART: Makes maximum use of the opportunity to let the story flow through much of the art. 2.5 POINTS.

READ AGAIN? It’s a fast read and worth enjoying again sometime in the future, but no need to do so now. The story isn’t complex enough that you get more through additional readings. 0.5 POINTS.

RECOMMEND? If you want to read some JAMES BOND and only can handle one issue, then this is it. If you are willing to invest time along story, I really favor the JAMES BOND: VAGR limited series. 0.5 POINTS. 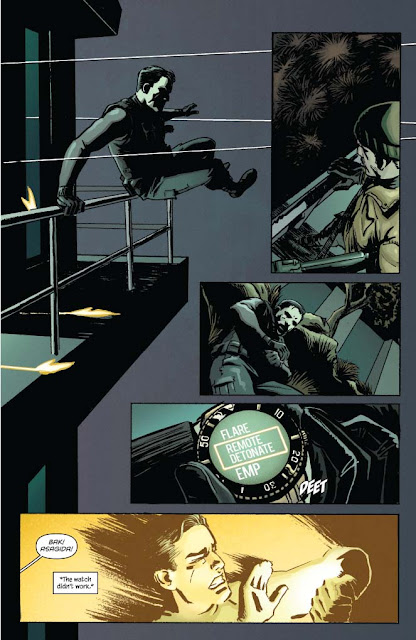