Congratulations, QUANTUM AND WOODY! #3 is Having a Baby (Goat) in February! (God Help Us All)
Valiant “Celebrates” 50 Issues of the World’s Worst Superhero Team with a Staggering 100 72 64 48 32-Page Spectacular! 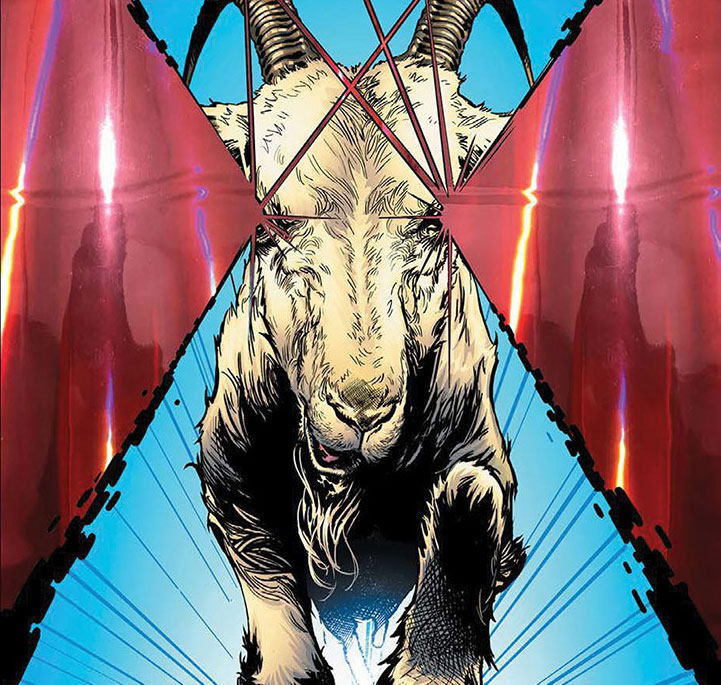 Valiant is proud to present your first look at QUANTUM AND WOODY! (2017) #3 – a spectacular goatacular celebrating 50 landmark issues of the world’s worst superhero team from rising star Daniel Kibblesmith (The Late Show with Stephen Colbert) and special guest artist Francis Portela (FAITH)! Because you demanded it – the return of Quantum and Woody’s fearless sidekick/roommate/emergency medical contact starts here with a momentous moment that will forever reverberate through the ages: the birth of the Goat’s baby!

If you add them all up, this would be Quantum and Woody’s 50th issue! What better time to answer the eternal question: “Whatever happened to the Goat, anyway?” At last, the whole saga of Dr. Derek Henderson’s transformation from brilliant physicist and beloved father into a barnyard animal of unimaginable power can finally be told…and all of his secrets revealed, beginning with the long-awaited arrival of the Goat’s mysterious and mystifying offspring!

Will it be man – or beast? Can anything – or anyone – contain the awesome might of the Goat’s supremely powerful spawn? And, most direly, will Quantum and Woody get their deposit back once it has brought ruin and despair to every corner of their week-to-week one bedroom?

Don't say we didn't warn you…

But first: On December 20th, raucous writer Daniel Kibblesmith and eye-popping artist Kano (Daredevil) come out swinging with the FIRST ISSUE of the ALL-NEW and UNPREDICTABLE ONGOING SERIES that is QUANTUM AND WOODY! (2017) #1! 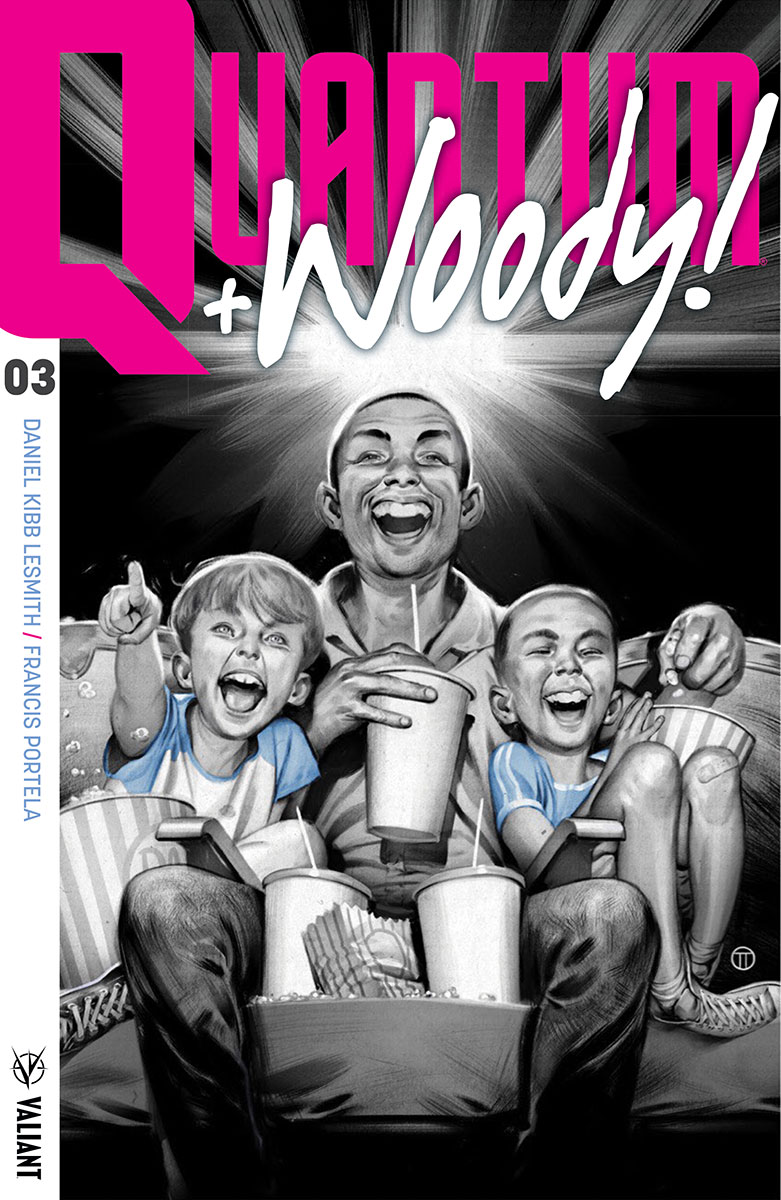 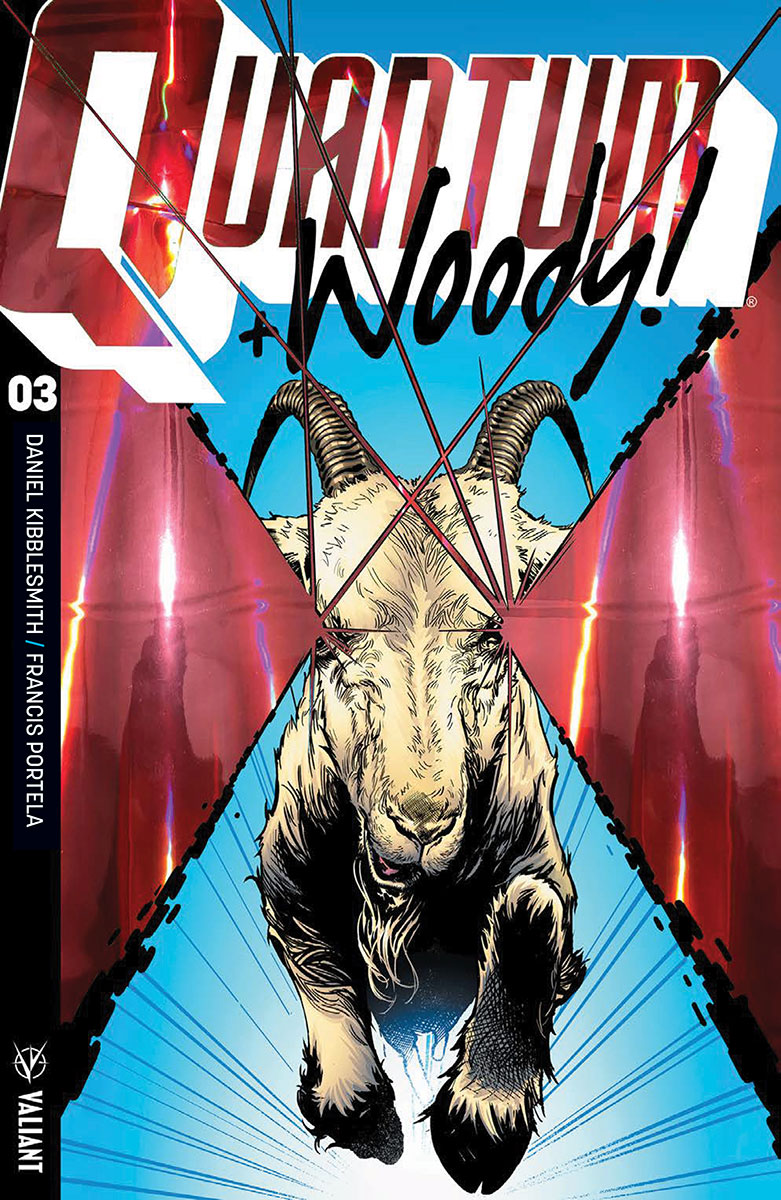 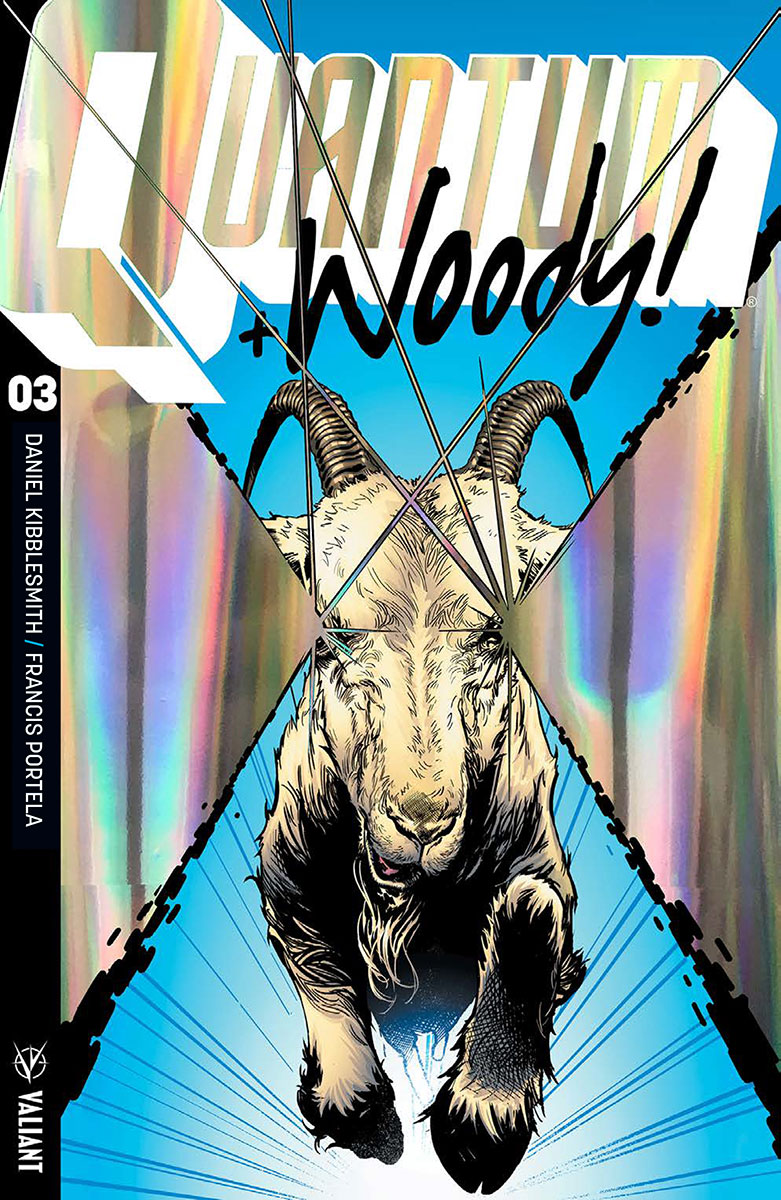 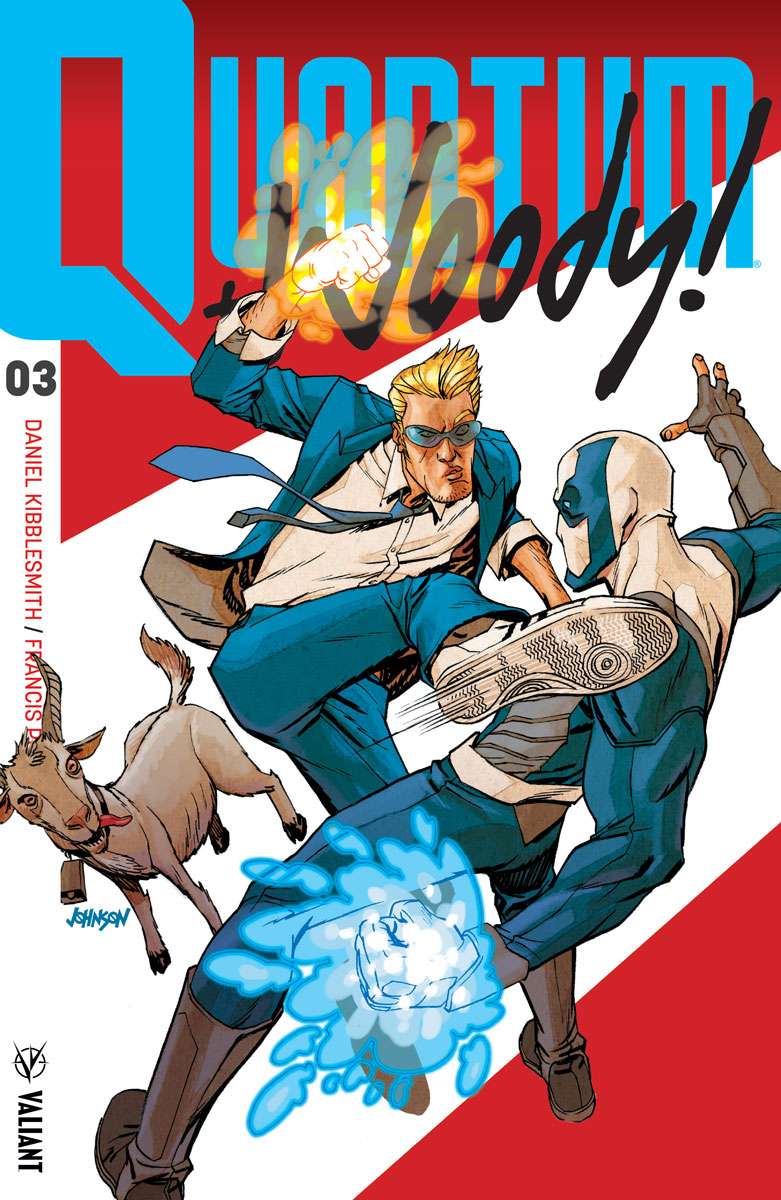