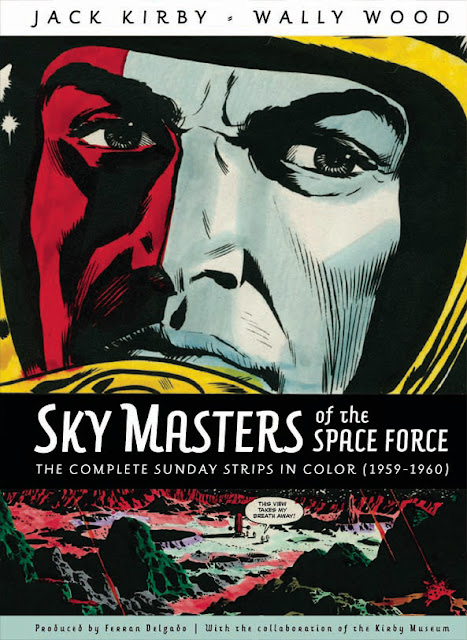 The team at Amigo Comics are honored to present a preview to one incredible and legendary book. Jack Kirby! Wallace Wood! Yes, here at Amigo Comics, edited by Ferran Delgado… SKYMASTERS! 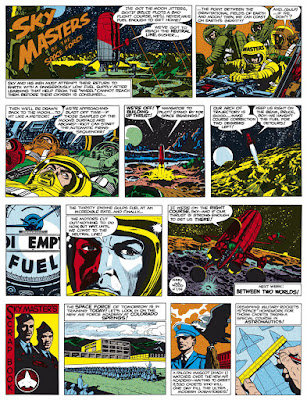 Just a week left to pre-order as the cutoff-date is dawning upon us, so this deserves to be mentioned again, pre-ordered preferably via your friendly neighborhood comic book dealer! Look for us in Diamond Previews!

Jack Kirby, one of the greatest comic artists, was born 100 years ago this year and Geek Culture has reflected extensively on his comics career. A relentless entrepreneur with an indefatigable work ethic, Kirby was always trying new things. As you’d expect, he tried the newspaper comic route too. 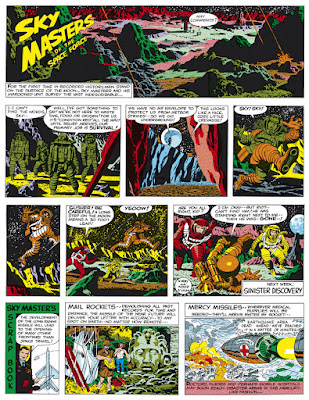 Kirby’s Sky Masters was his foray into the world of comic strips. It became a gorgeous looking strip with a crazy backstory. And then add another legendary artist, Wallace Wood, to the tale. Amigo Comics is bringing it back to the world for us all to enjoy, in a truly unique fashion.

The background of the strip is as fascinating as the strip itself, because the consequences of what happened around it blacklisted Kirby, and pushed him over to Marvel.

For the first time ever, it will display áll the Sundays with its original color by Kirby painstakingly remastered like if they were brand new. It took many months working full time to accomplish!

Amigo Comics will publish about 90 panels never seen before.

Furthermore, the Hardcover Book will include a large section with the original color guides painted by Kirby over stats, where you can enjoy the line work without any kind of distortion by printing.

"It was the best work that both Kirby and Wood could do at their age, as they were at their peak, totally motivated to succeed in newspapers strips. They felt like it was a dream come true, and it was an opportunity that maybe would never show again, so they threw themselves on the project. Furthermore, the final art was more than the sum of the individuals, it’s something absolutely special and unrepeatable." according to Ferran Delgado, the Project Editor.

SkyMasters of the Space Force 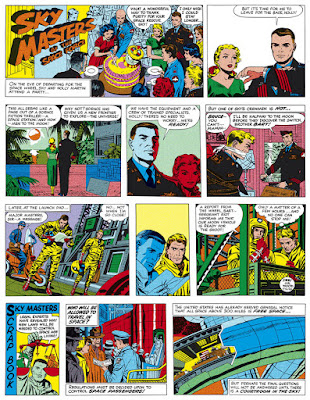 Produced by renowned letterer and comic expert Ferran Delgado, with the collaboration of the Kirby Museum!  We are immensely proud to present you this oversized deluxe book compiling for first time ever a complete set of Sunday pages of Jack Kirby and Wally Wood‘s Sky Masters of the Space Force, presented in meticulously remastered color along with dozens of never-before-reprinted scrapbook panels!

It also contains plenty of extras, like twenty original color guides by Kirby himself, a huge section with original art, rare pieces and articles by main experts.

SkyMasters has received a “Spotlight On” from Previews! 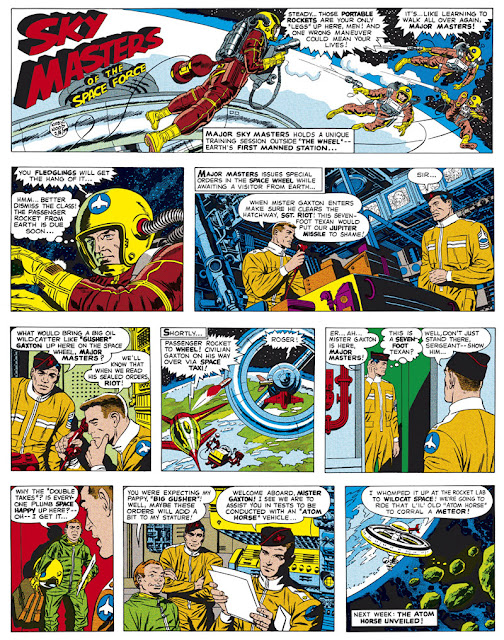