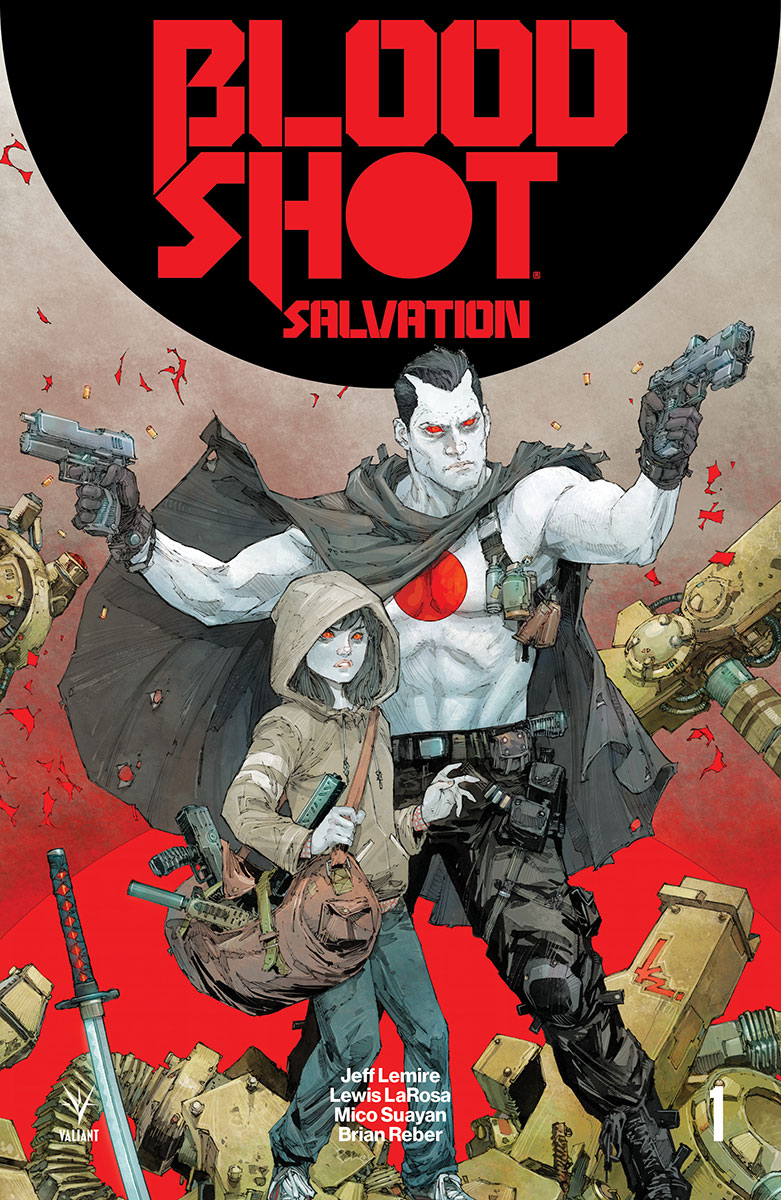 In the wake of the year’s most successful ongoing and limited series debuts from any independent publisher with titles including X-O MANOWAR (2017) #1 and SECRET WEAPONS #1, Valiant’s ICONS initiative continues here with a bloody and vengeful new era for Jeff Lemire’s Eisner Award-nominated Bloodshot saga! Ray Garrison has escaped his violent past to build the one thing he never thought he’d earn: a family. But when a hateful secret from his true love’s past threatens their fragile peace, Bloodshot will be forced to run headlong into a barrage of blood, bullets, and broken bones for a revenge-fueled assault that will have crushing consequences for those he holds most dear…

His sacrifice will be her salvation.

On November 8th, head to your local comics retailer to discover why BLOODSHOT SALVATION #1 is an tense, adrenaline-addled introduction into one of the most acclaimed and gripping superhero epics of the decade:

“✮✮✮✮✮… BLOODSHOT SALVATION #1 is an artistic masterpiece by three of the finest artists in comic books today! It is a brilliant story that continues a tradition of excellence as only Jeff Lemire can create. Not to be missed and guaranteed to be enjoyed…” – All-Comic

“✮✮✮✮✮… Pure magic… There’s more to fight for, more to live for, more to die for. And that’s what is sure to make BLOODSHOT SALVATION a real winner.” - PopCulture HQ

“✮✮✮✮✮… Grabs the reader on the first page and doesn’t let go… Valiant is batting close to a 1.000 when it comes to first issues [and] BLOODSHOT SALVATION #1 is no exception.” – Critical Blast

“✮✮✮✮✮… A first issue that magnificently upends everything we have come to love… An engaging read that constantly keeps you on your toes.” – ComicsVerse

“✮✮✮✮✮… Flawlessly executed on all fronts… From start to finish, it defies belief.” – Comics: The Gathering

“✮✮✮✮… Valiant continues to make it both easy and attractive to dive into their superhero universe in 2017…  There's plenty of reason to become invested in this new chapter in Bloodshot's ongoing struggles.” – IGN

Violence awaits Valiant’s machine-made soldier on November 8th as Ray Garrison and his newborn daughter, Jessie, enter an unforgiving gauntlet of punishment that will bleed into the dark future that awaits them both…and will forever redefine the tragic and brutal legacy of Bloodshot for years to come!

PLUS: In stores everywhere on October 25th, Bloodshot’s bloody quest to protect his family charges forward in BLOODSHOT SALVATION #2 – the next shocking charter of the the most breathtaking new monthly series of the fall! Ray Garrison will be wrenched back into the destructive ways he left behind for a soul-shattering mission to save his wife and daughter from a gallery of terrifying new threats… His next target? The technologically augmented powerhouse named Rampage! 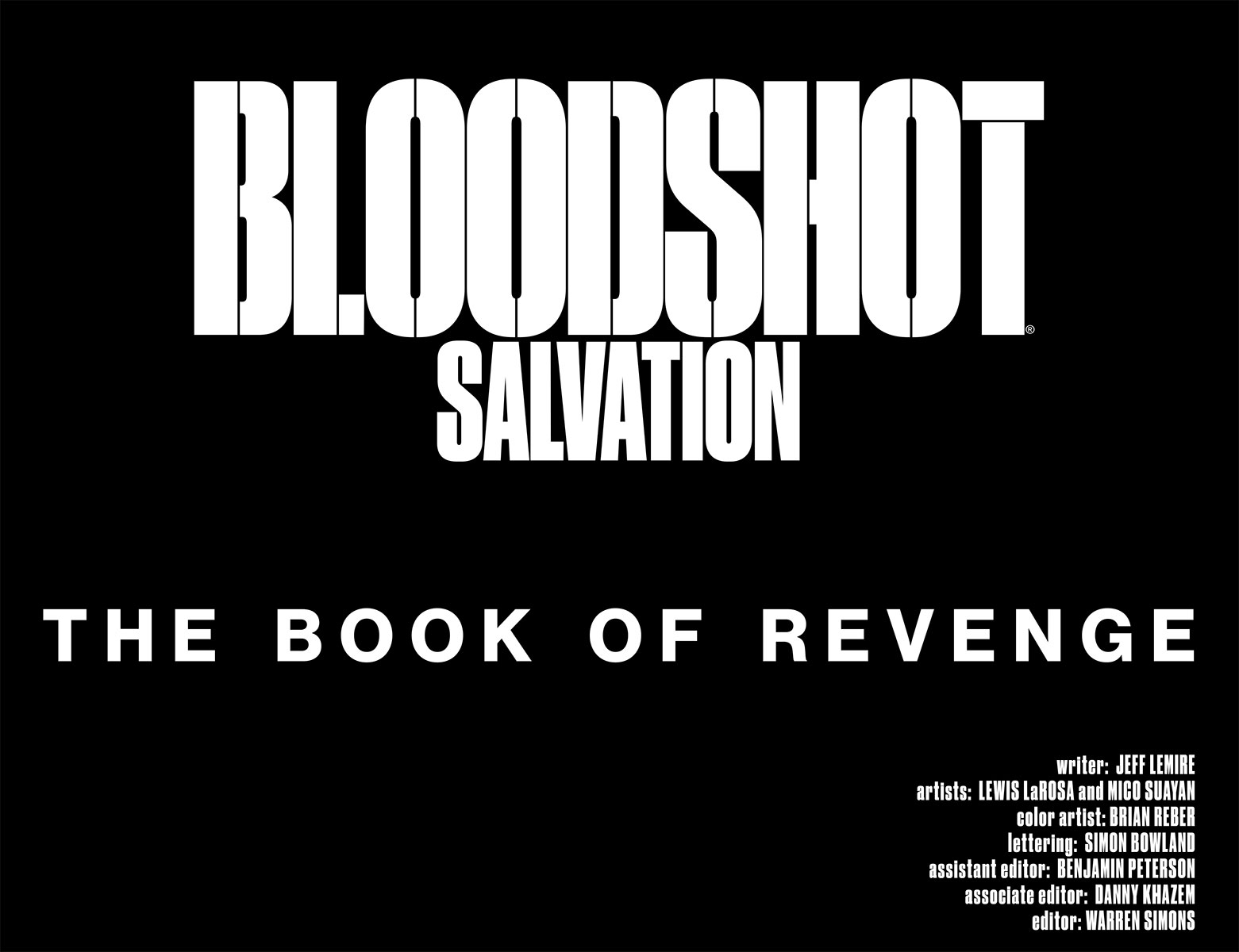 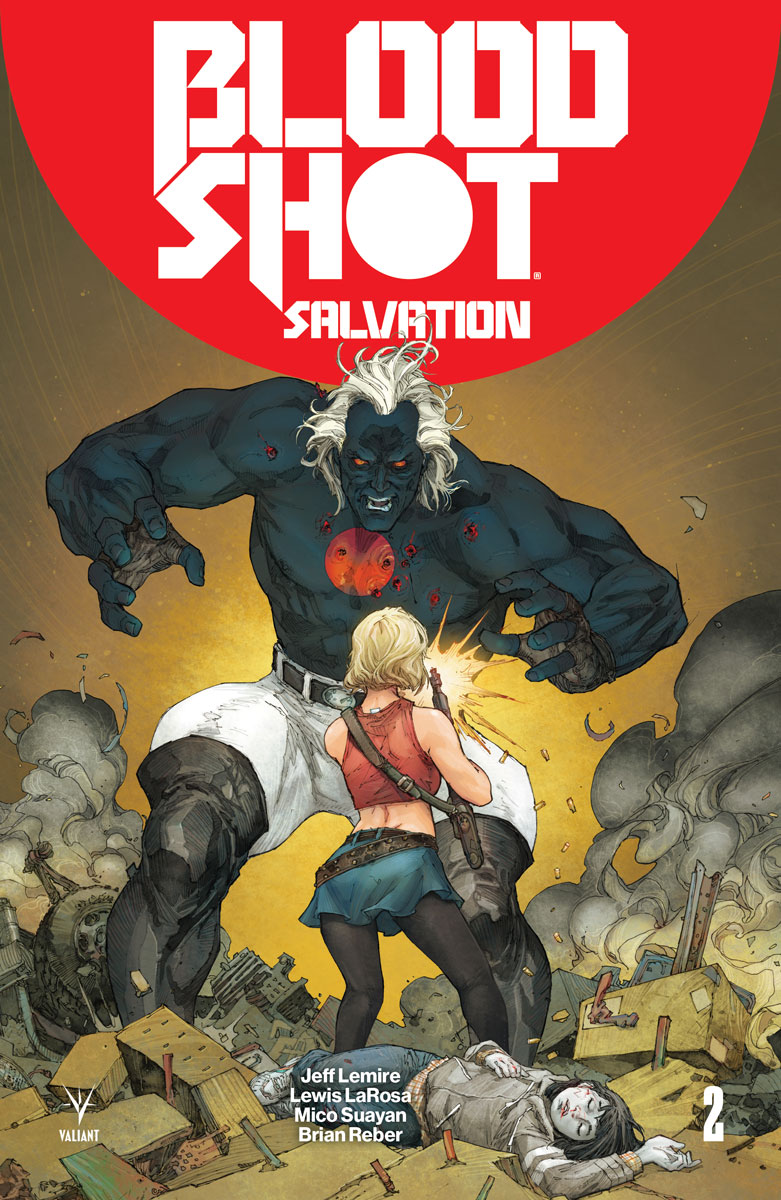 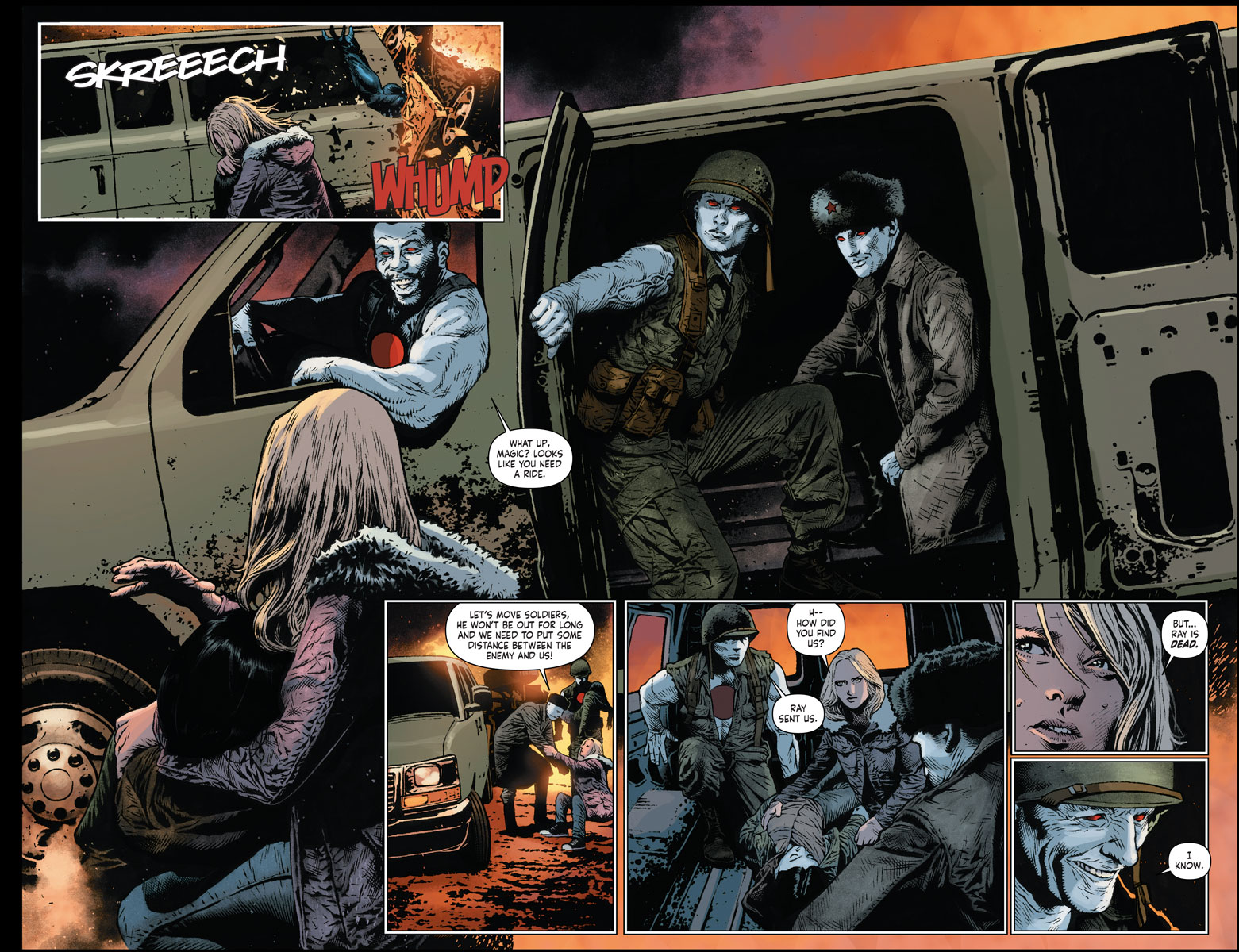